Last year as a part of their new Pilot pieces IWC revamped their Spitfire range, put in some new in-house movements, and included a series of bronze cases for the first time.

At the top end of these new pieces was the limited edition Big Pilot’s Watch Perpetual Calendar Spitfire, newly in bronze with a green dial and powered by the Calibre 52615. There was also a Chronograph Spitfire in a new slimmer 41 mm case in either bronze with a green dial or stainless steel with a black dial, the UTC Spitfire Edition “MJ261” with an integrated Universal Time function, and the entry level Spitfire Automatic in a 39 mm bronze or steel case.

In 2020 the bronze Big Pilot theme continues, with the launch of the limited edition Big Pilot Big Date Spitfire “Mission Accomplished” to mark the successful completion of the “Silver Spitfire – The Longest Flight Expedition”.

On August 5, 2019 British pilots Matt Jones and Steve Boultbee Brooks took off from Goodwood Aerodrome in a 76 year old restored Spitfire. Over the ensuing four months they covered 43,000km and flew over twenty countries, becoming the first to circumnavigated the world in a Spitfire. As the major sponsor of the feat, IWC is releasing this new model to commemorate the achievement.

The Big Pilot’s Watch Big Date Spitfire Edition “Mission Accomplished”, in a limitation of 500 pieces. Coming in a 46.2 mm bronze case (thickness of 15.2 mm) with a water resistance of 60m, the matching of the bronze with a green dial it is in keeping with last year’s Pilot Spitfires.

Perhaps more widely known for being included in other collection families, the presence of a big date may be a startling thing to see on an IWC Pilot for some of you. The precedent is the Big Pilot’s Watch Big Date Edition “150 Years” from 2018. Coming in stainless steel in two limited editions of 100 pieces with white or navy blue dials, it was the first Big Pilot to feature the big date complication and the model from which this bronze model is a variant. It is worth noting that in 2019 there were two special editions of the Big Pilot’s Watch Big Date reference – the IW51050-05 limited edition of 50 pieces made for the Zürich IWC boutique which was in stainless steel with a blue dial, and the IW5105-07 Big Pilot Big Date Bucherer Blue, in a limitation of 100 pieces, which had a black dial and blue numerals, markers, and hands. 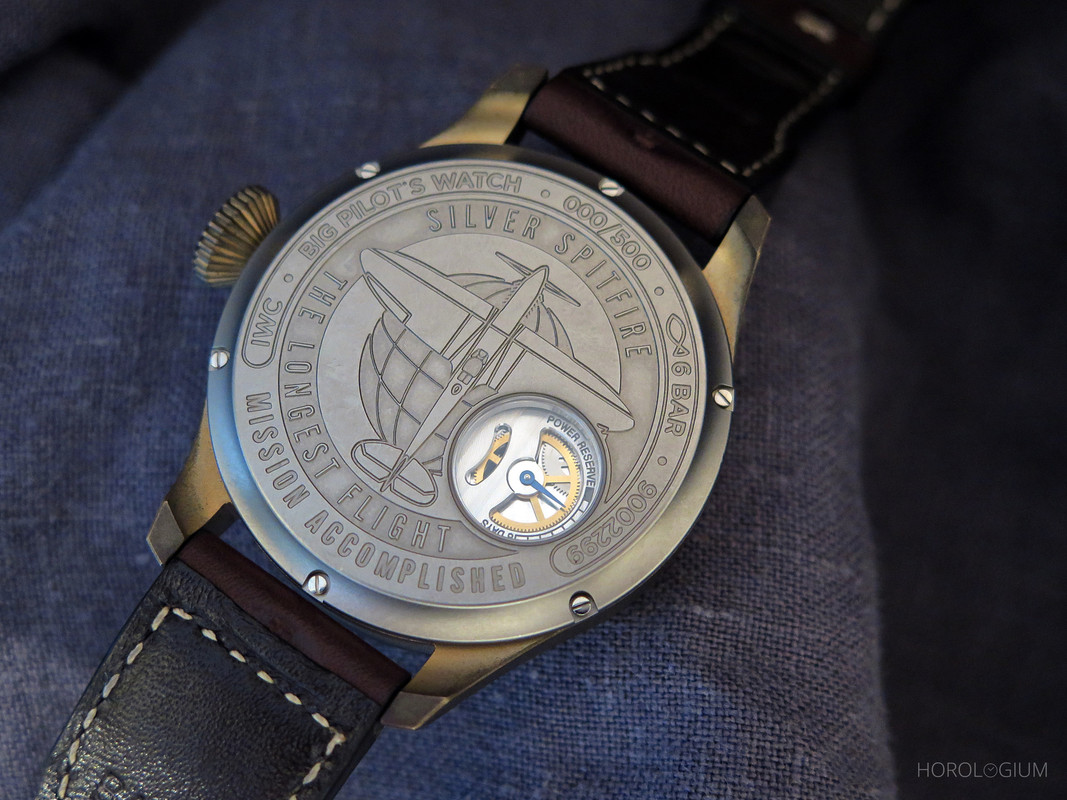 The existence of forebears means that the movement is also the same – the in-house manually-wound Calibre 59235 which beats at 28800VPH and has an eight day power reserve. It has the familiar miniature Faraday cage/ soft-iron inner case for protection against magnetic fields.

You know what you are going to get with this watch. It is a large (but wearable) because it’s a Big Pilot, the case is familiar, and the bronze case will patinate and darken over time. With a much larger limitation number than the previous versions, this is for those who like the design, didn’t get one of the other versions, like bronze, and are taken with the idea of it being a more directly Spitfire-linked model than the earlier pieces. 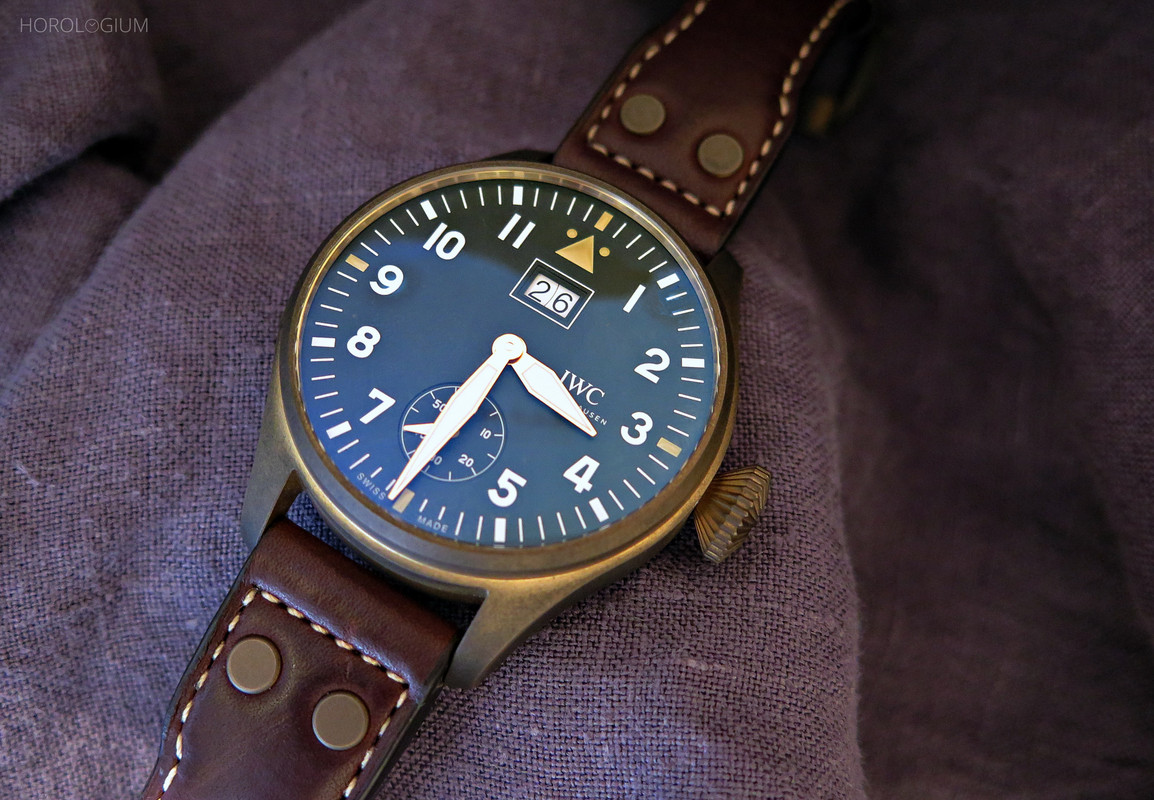 If you want to revisit or learn more about the Spitfire journey (and the plane on which they flew), you can go to their website at this link and watch the video updates that they made during those months on their YouTube channel.