Unfortunately, I haven’t (yet) had the opportunity to get my greedy hands on the Vacheron Constantin Patrimony Comtemporaine Minute Repeater, but I did get the chance to gawk at it in its display cabinet at SIHH 2014 earlier this year.

Measuring a scant 8.09mm in thickness, it was formally launched last year, and held the title of the thinnest minute repeater until Jaeger-LeCoultre upped the ante with the Hybris Mechanica 11, which is 0.19mm thinner (and also has a few more complications). One has to like the ‘thinness’ battles, it provides a nice counterpoint to the battles to be the closest to a bread plate on the wrist. Apart from the thick/ thinness of this Patrinomy minute repeater, the case is decent 41mm in size. 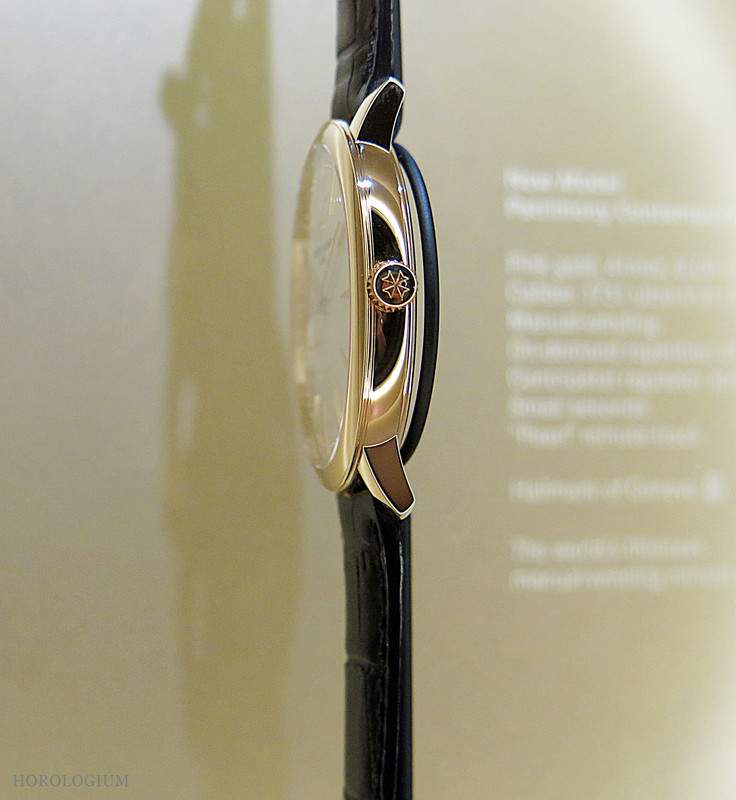 The Patrimony Contemporaine line is my personal favourite of Vacheron Constantin’s lines, the pared back elegance and simplicity of their dials is, to me, the essence of Vacheron, and it is as such with this one. The placement of the seconds sub-dial at eight o’clock was a deliberate choice over its placement at six o’clock, with eight being the only other option due to the movement. 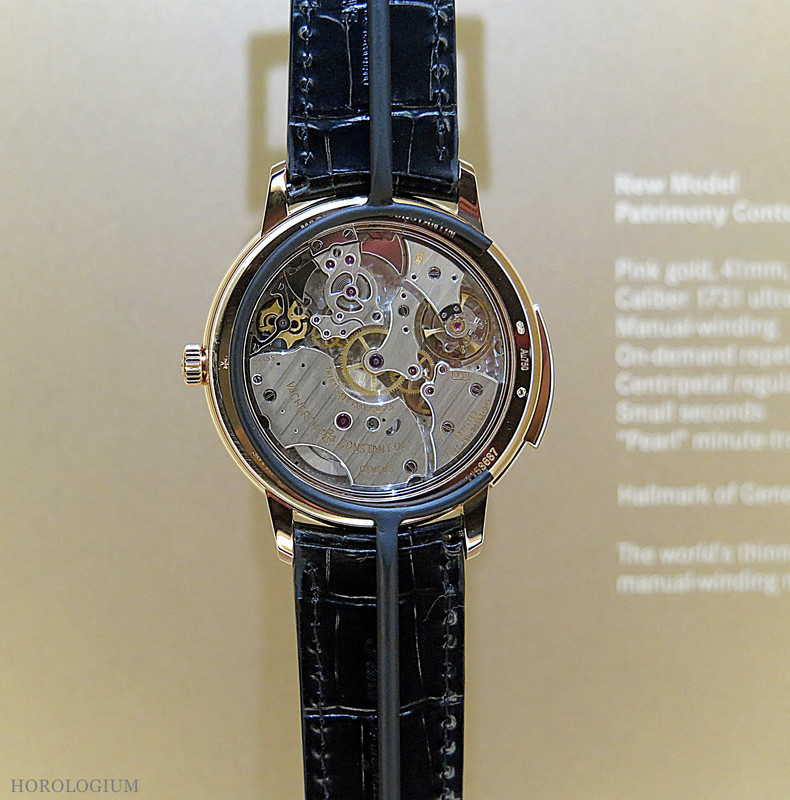 The 1731 of its (calibre) name refers to the year in which founder Jean-Marc Vacheron was born. The manually wound movement, which took four years to develop, measures 3.90mm in size and can be seen through the sapphire case back. It has a 65 hour power reserve. The mainplate is circular-grained, the hammers black-polished, and bridges are decorated with a Côtes de Genève pattern with bevelled and polished edges.

For those not familiar with minute repeaters, the function on this version is activated by the slide on the left side of the case, the pushing of which leads to the spring being wound. Releasing the slide makes the spring unwind, and its force as it unwinds moves the repeater mechanism through its chiming sequence.

Some interesting facts about these minute repeaters that go beyond expertise that goes into them by the master watchmaker – the music of the chimes can take months to fine tune (the watch itself will take three to six months to create), and the ‘sound tests’ conducted for them take place at 4:49pm, as this is the time when the cadence is the most clearly audible due to the almost identical intervals between the hours (4 strikes), quarters (3 strikes) and minutes (4 strikes). 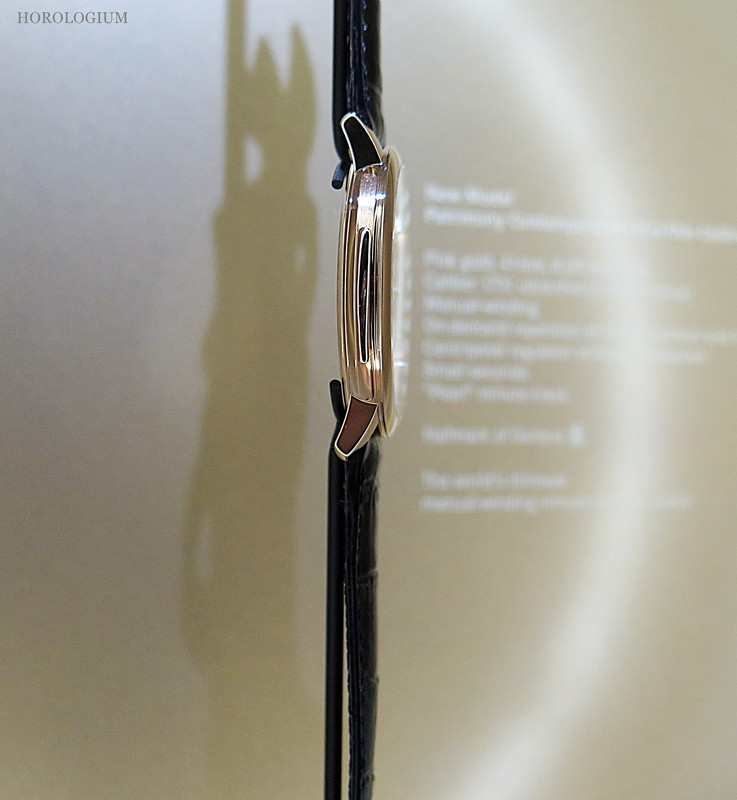 For those fortunate enough to own one, the individual chime of each watch is recorded as a ‘soundprint’ and stored in the Archives before it leaves the Manufacture, which means that if for some reason your watch has to be sent back for a service, it can be checked to see if the chime needs to be restored back to its original state.

The Patrimony Contemporaine Ultra-Thin Calibre 1731 is currently available in rose gold with a RRP of €270,000 before taxes.