In 2015, to celebrate a decade of its Tradition collection, Breguet released a number of new models, of which one was the Tradition Automatique Seconde Rétrograde 7097. In white gold and rose gold launch models with silvered dials, the concept behind it was to modernise the Tradition movement (and thus, A.-L. Breguet’s original souscription pieces which provided the inspiration) concept even further. With the bridges, wheels, escapement, barrel and other parts in full view, it featured the eponymous retrograde small seconds at 10 o’clock in the form of a semi-circle overlapping the hours and minutes dial. 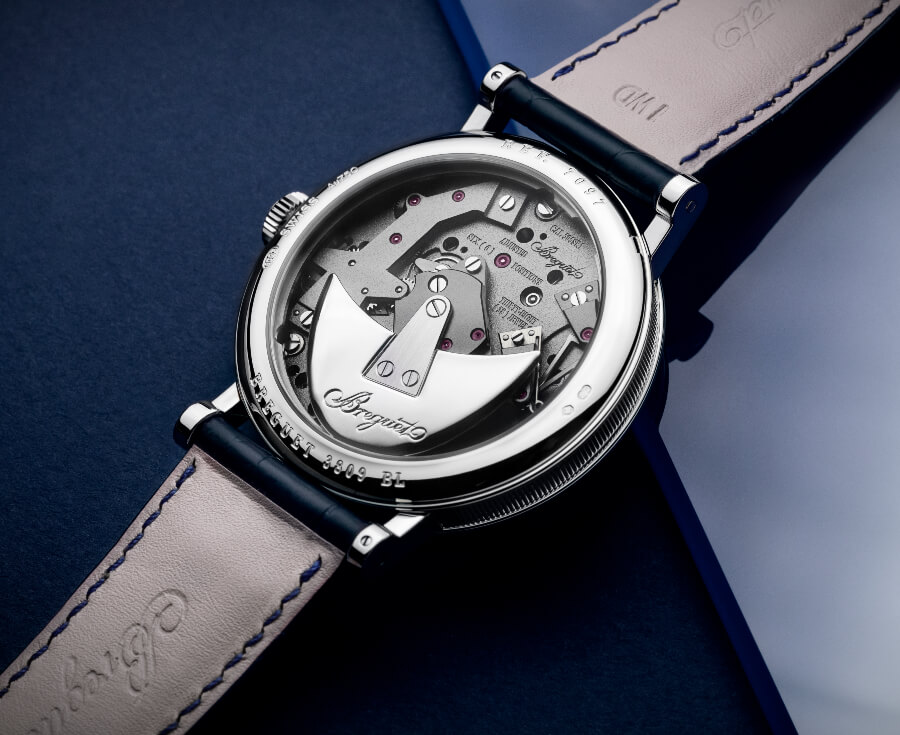 Inside the 40mm sized 18 kt white gold case (30m water resistance) is the automatic Calibre 505SR1, which beats at 21,600VPH and has a power reserve of 50 hours. It is numbered and signed, and has a silicon Breguet overcoil balance spring and straight-line inverted lever escapement with silicon pallets. The bridges and mainplate are decorated to achieve a finely grained surface. At 4 o’clock on the dial side is the pare-chute, Breguet’s invention which protects the balance staff from shocks. 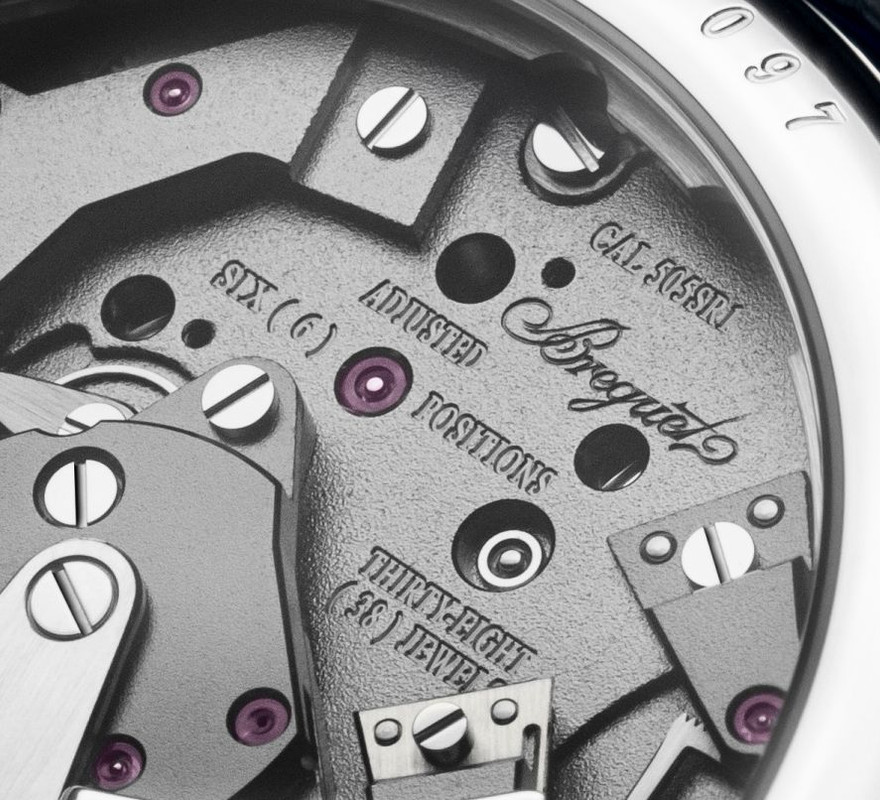 Although it is still in a white gold case, the blue dial gives it both a more contemporary look than the silvered dial versions and also makes it look slightly less formal. The contrast in colour with the retrograde also helps with legibility at a quick glance. 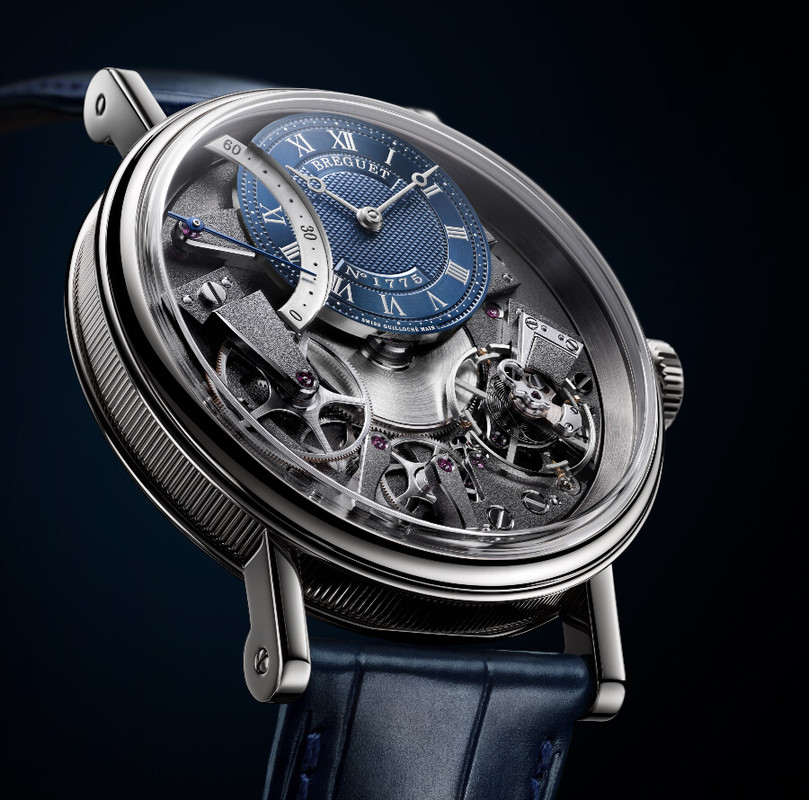