The effects of COVID-19 on Swiss watch exports this year continued through May, with exports dropping 67.9% compared to the May 2019, following April’s 81.3% fall. The FH have called the last two months periods of “quasi paralysis”. Overall, exports fell by 35.8% over the first five months of the year.

The Federation of the Swiss Watch Industry (FH) reports that all price segments had similar falls in both value and volume terms. 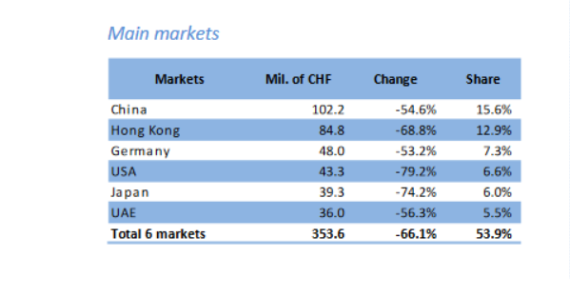 With some regions and countries having already started lifting restrictions this month, including for retail trading, the figures for June will be critical.