If you have a liking for uncomplicated blue-dialed steel-cased timepieces that fit within the rather loose ‘casual dress watch’ category, but did not manage to acquire any of the attractive Jaeger-LeCoultre Memovox pieces of recent years, the official opening of Patek Philippe’s new Manufacture building may seem an unexpected direction from which you may seek some solace.

The ten storey development at Plan-les-Ouates was, five years and CHF 600 million later (of which CHF 100 million went into interiors and equipment), finally completed last year. Designed by Genevois firm Frisk de Marignac Pidoux, it consists of six floors above ground, and four below, bringing all of Patek Philippe’s Geneva ateliers together into the one location. This means that the R&D department, CNC machines, testing and certification, artists, heritage areas and even customer service, are in the same building. There is also an auditorium that seats 299 people and even a restaurant on the top level that can seat 880, as well as four VIP lounges. 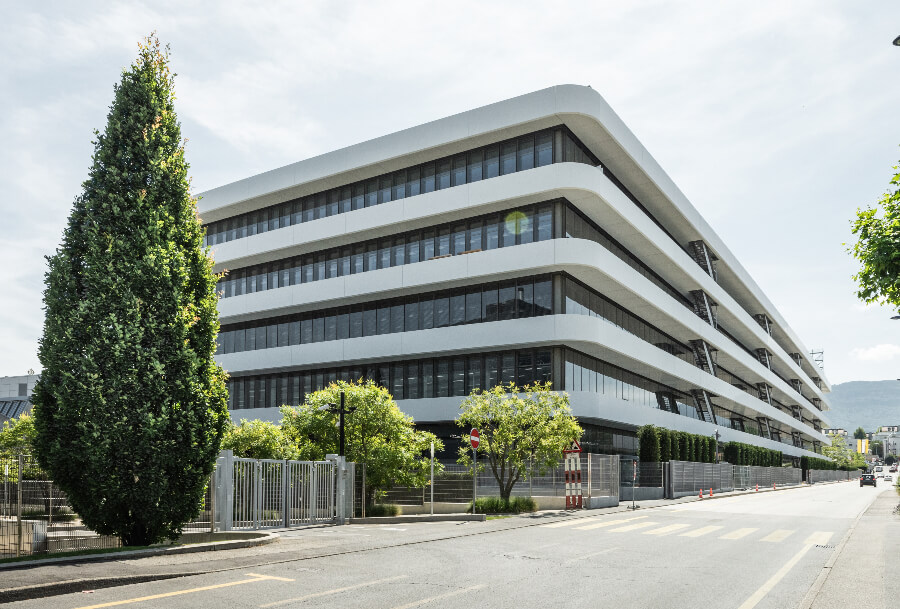 The previous building had been completed at Plan-les-Ouates in 1996 and been accompanied by the release, in 1997, of commemorative pieces. To mark this one, rather than releasing a watch that shows off the work of as many of the ateliers as possible to symbolise their new proximity, Patek Philippe have gone the way of what the market has told them – that their simple steel pieces are amongst their most desirable. 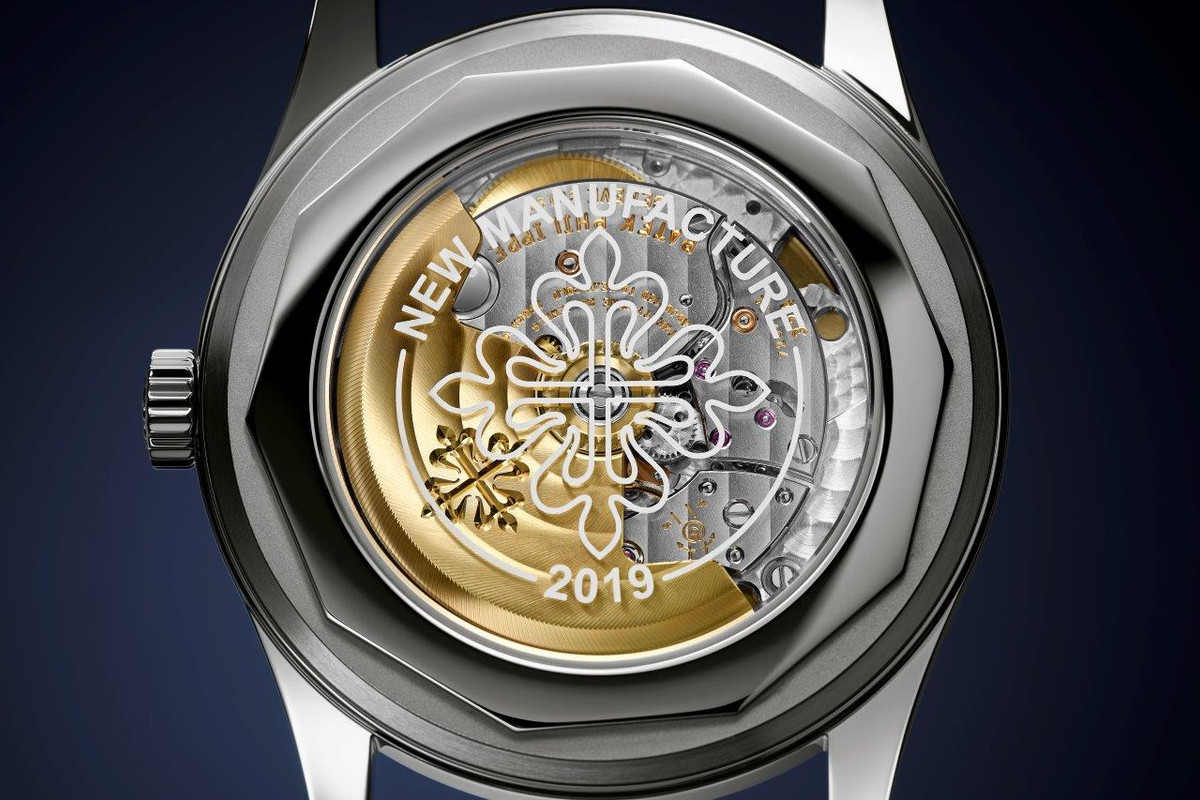 The new commemorative Ref. 6007A-001 Calatrava comes in a limited edition of 1,000 watches in 40mm sized polished steel case with a sapphire crystal case back marked with a Calatrava cross and the “New Manufacture 2019” inscription. With a thickness of 9.07mm and water resistant to 30m, it features quite a large polished bezel. 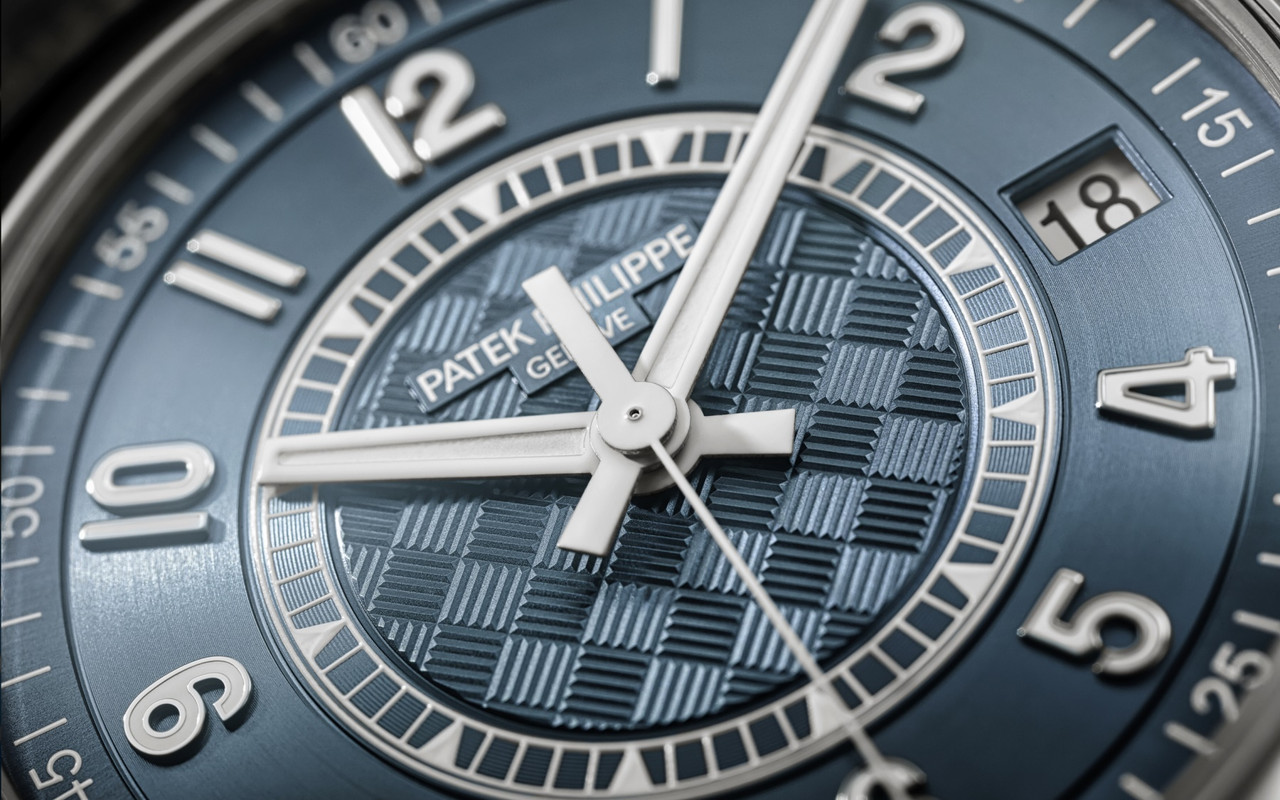 The design of the brass grey-blue dial is modern and its overall ‘look’ may seem familiar. This watch may be about utility, but with the circular satin finishing comes a centre with a guilloché ‘carbon look’ checkerboard pattern. The applied numerals and white-lacquered hands are white gold and lumed. There is a white printed minute track at the dial’s periphery, along with a similarly white printed railway track with triangle markers at the centre for the hours. The white background of the date disc which probably not be a deal breaker for those who want this piece. 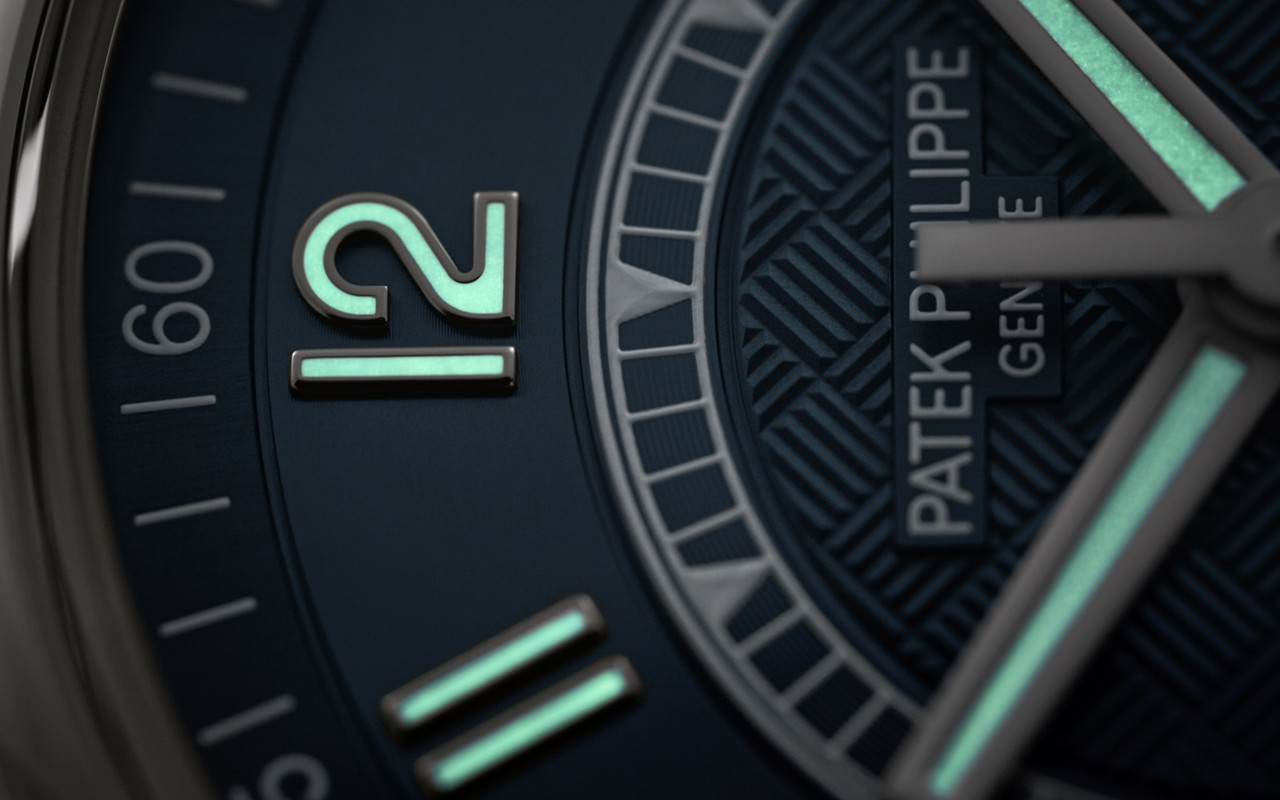 Inside is the familiar and reliable automatic Calibre 324 S C that is used for a lot of their models. It has a unidirectional 21 kt gold rotor, beats at 28,800 VPH, and has a power reserve of 45 hours.

To complement the casual dress watch look, the watch comes on a matte colour-matched calfskin strap with contrasting white stitching and embossed with a motif to mirror the dial, and a stainless steel buckle. 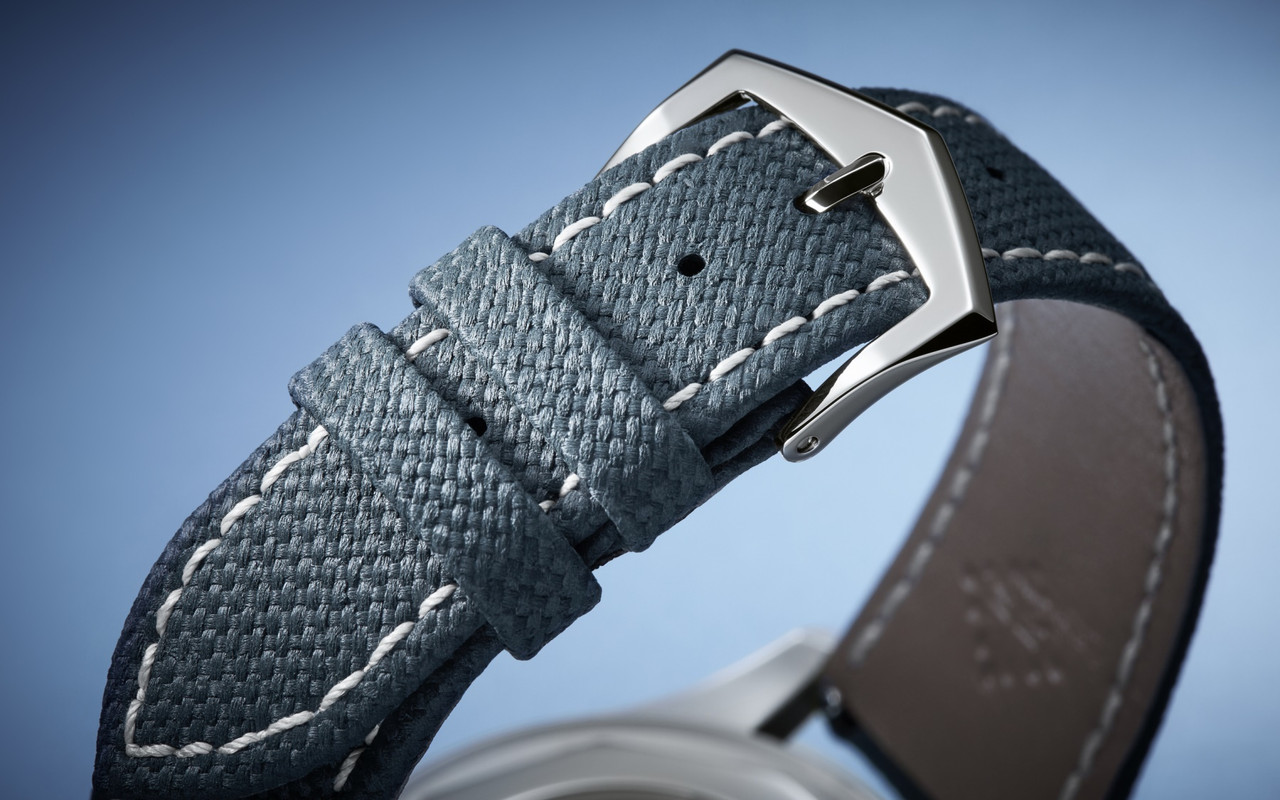 It is important to note that they have said that the new building does not mean an increase in production numbers. The current production number is reported to be a bit over 60,000 pieces per annum.

The price for the Calatrava Ref. 6007A-001 is CHF 25,000 but it’s a steel Patek, so that alone makes it desirable to many and a guaranteed sell-out, but the ‘Patek rules’ apply – you need to submit an application if you want one.