Last year at the SIHH 2019 Hermès released the Arceau L’heure de la Lune, a double moon display that featured a display of moon phases in both Northern and Southern Hemispheres. With two mobile lacquered white dials above a meteorite or aventurine dial and two mother-of-pearl moons, the time displays featured the Southern Hemisphere at the top and the Northern at the bottom.

What was particularly unusual about it was that the moons were stationary, with the current moon phase indicated by the two floating rotating dials showing the time on one, and the date on the other. The ‘sub’ dials rotate clockwise, covering and uncovering both lunar discs in line with the phases of the moon, completing a sweep around the dial every 59 days.

This was all achieved courtesy of the Hermès automatic Calibre H1837 which had a proprietary, patent-pending module added to it to drive the moon-phase complication. It was developed for them by Jean-Francois Mojon and the patent is pending. The Calibre H1837 beats at 28,800 VPH and has a power reserve of 40 hours. Decoration wise, there is circular graining, snailing on the main plate, satin-brushed bridges, and a rotor engraved with the Hermès “H” pattern.

Featuring the familiar sloped Arabic numerals and blued steel hands, the moon discs each featured a special surface decoration. At 12 o’clock the Southern Hemisphere’s moon had an illustration of Pegasus called ‘Pleine Lune’ created by the Dimitri Rybaltchenko to represent the equine origins of the brand. The northern moon at 6 o’clock had a realistic transfer depiction of the lunar surface. 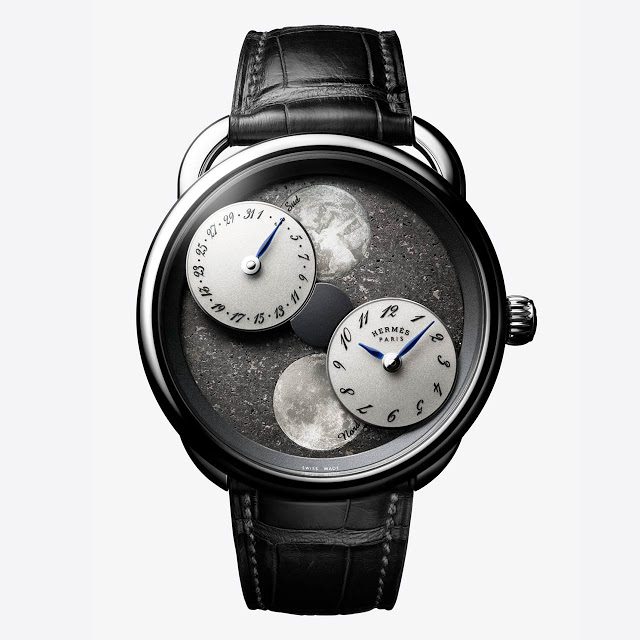 Clearly, they were highly successful, as this year, Hermès is introducing some new dials to the Arceau L’Heure de la Lune; three are made from different types of meteorite – lunar, Martian (top photo), and Black Sahara, and the remaining two are in lapis lazuli and blue pearl stone. For these new models, the Arceau case is 43 mm in white gold, rose gold, or platinum, and they come with matching alligator straps. 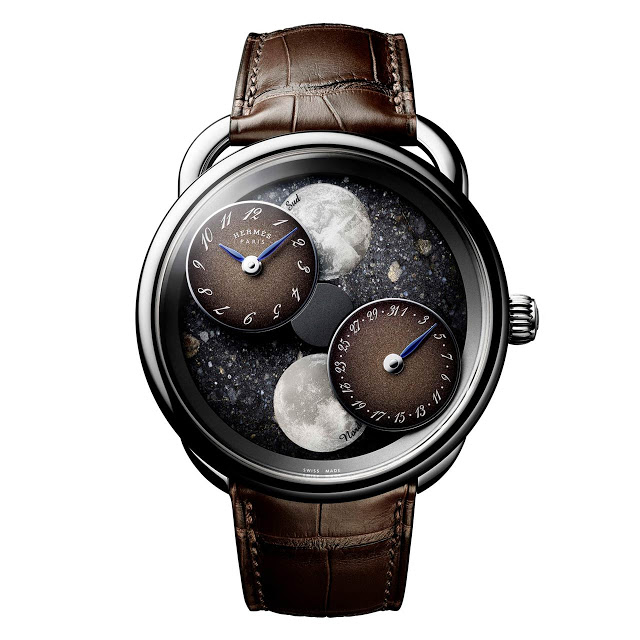 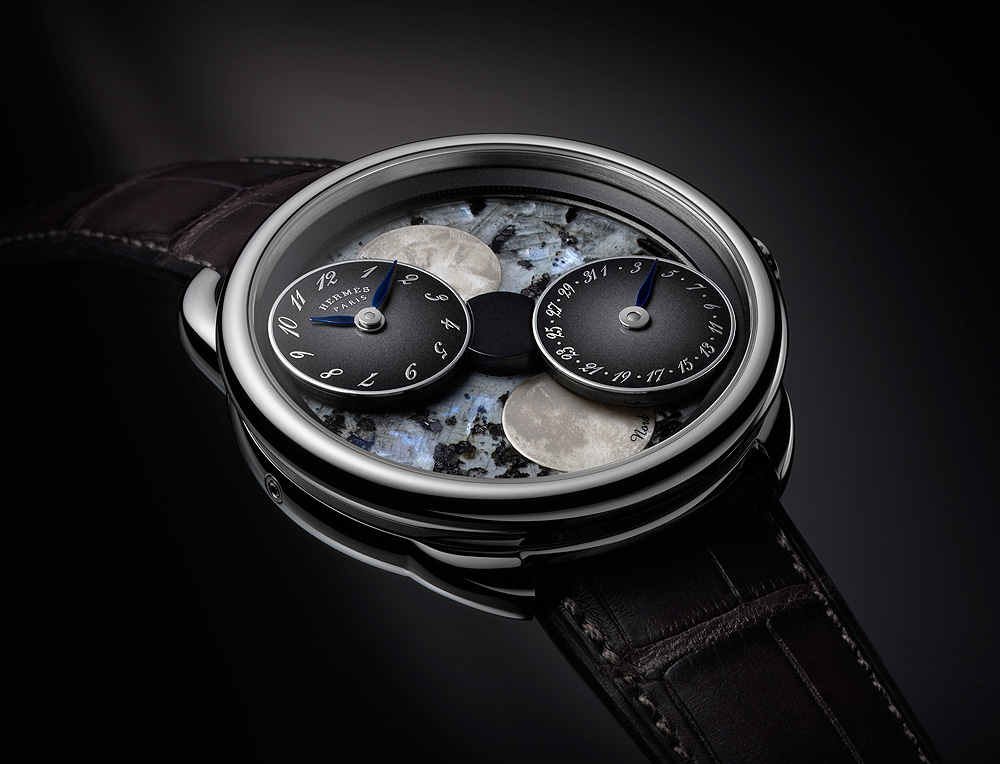 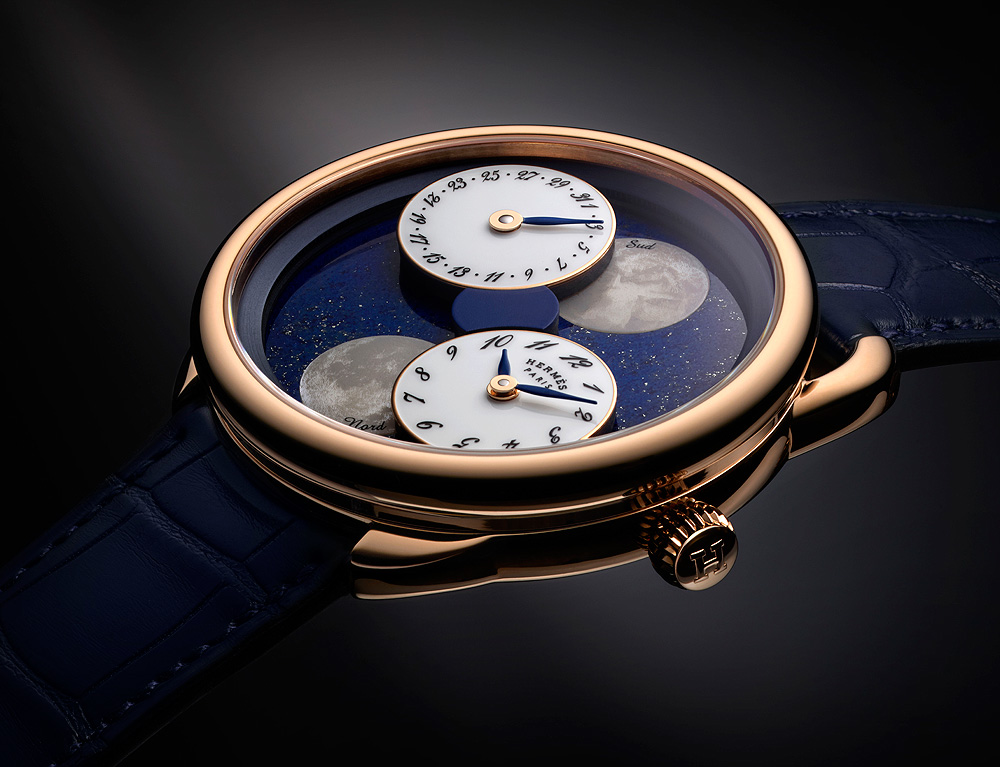 For the meteorite models, the prices are EUR 35,000 for the lunar dial, EUR 44,000 for the Black Sahara meteorite, and the Mars is POA.