Watch brands love an ‘origin story’, and if you can combine one with a famous movement and words like ‘prototype’ and variations on the theme of ‘found in a dusty box in the corner of a hidden room discovered when demolishing the wall for an extension’, even better.

In this instance the room is a known one (the atmospheric ‘left in situ’ attic of Zenith), there’s no demolition work happening, and having visited it, I can attest to in terms of it being filled to capacity with countless interesting historical bits and pieces. As the brand tells it, they were rummaging around the attic last year (the 50th year of the El Primero), found a box with the original prototype of a manually wound chronograph in a blackened steel case that was never made, decided that the Gods of Tidying Attics were sending them a message, and that they should do it.*

Rather than an homage, however, they have taken the mysterious original idea and run with it using the popular El Primero A384 Revival as the base on which to modernise the original concept.

In 1969 three El Primero models were launched – the A384, A385, and A386. They all used the same movement, but the combination of the round case and three colours of the tricompax chronograph sub dials of the A386 became the El Primero ‘look’ that was to endure.

To make last year’s popular A384 Revival model as historically accurate as possible design wise, Zenith digitised each component of the 1969 original to reproduce it in a modern form, including the 37mm faceted, stainless steel case, black and white lacquered dial with its tachymeter scale, and the mushroom-style chronograph pushers. It used the same red central chronograph hand (minus the modern Zenith star counterweight), and had a 30 minute sub dial at 3 o’clock, 12 hour counter at 6 o’clock, and a small seconds at 9 o’clock.

One important thing to note is that last year’s A384 had a date window is at 4:30, featuring the same typeface as the original. The new Chronomaster Revival ‘Shadow’ does not have a date, and to my mind at least, this works in its favour, making the dial a lot cleaner and, given the colour scheme and material, also a lot more sleek. 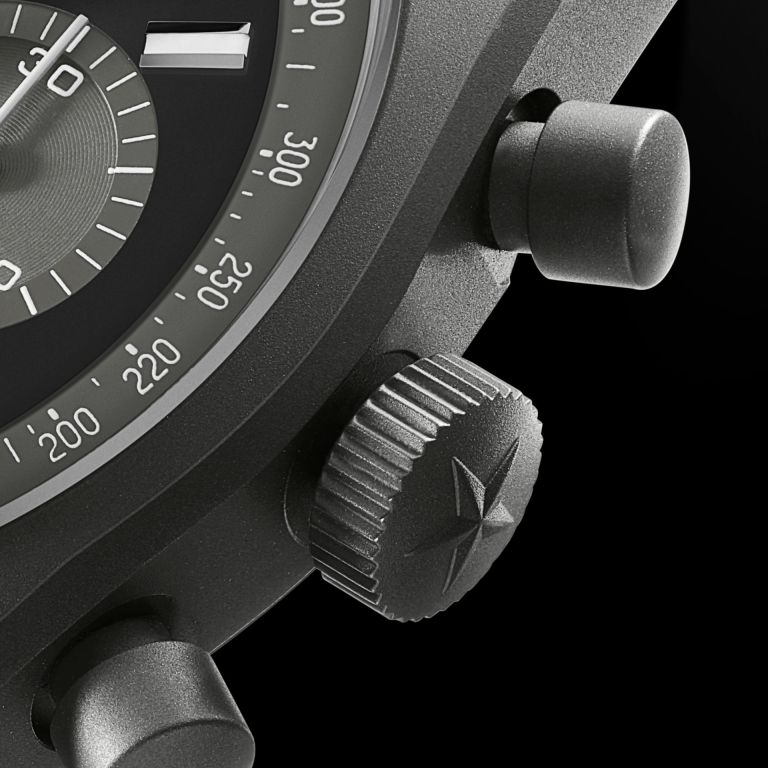 The 37mm sized case of the new ‘Shadow’ also shares the same attributes of the A384 revival of last year in that it is also a faithful reproduction of the 1969 A384. However, instead of the stainless steel case with a black coating of the prototype, it is a very modern matte grey micro-blasted titanium.

The dial continues on the ‘matte’ theme in black, with contrasting gray sub dials for the chronograph and small seconds functions. The 30-minute counter is at 3 o’clock, 12-hour counter at 6 o’clock, and small seconds at 9 o’clock. 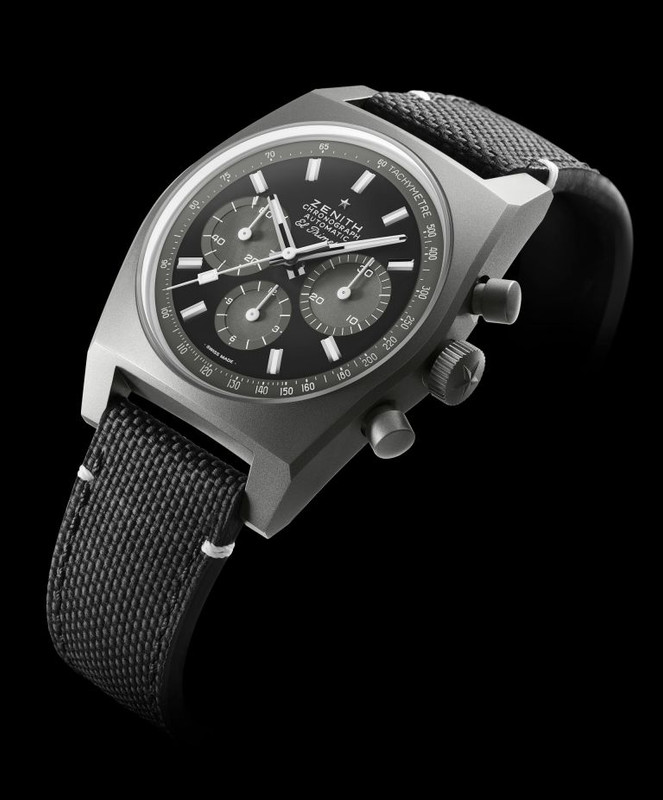 Fortunately, from a legibility point of view, Zenith decided against going fully ‘shadow’; the indices are rhodium-plated and lumed. The time keeping hands are similarly lumed, but the hands for the central chronograph hands and the sub dials are purely white, with no luminescence.

One important difference to note with this new piece is that unlike the 1970 prototype of the story, which had a manually wound movement, the Chronomaster Revival ‘Shadow’ is automatic. It uses the El Primero 4061 column wheel chronograph movement which beats at 36,000 VPH and has a power reserve of fifty hours, and this will be visible through an open case back. 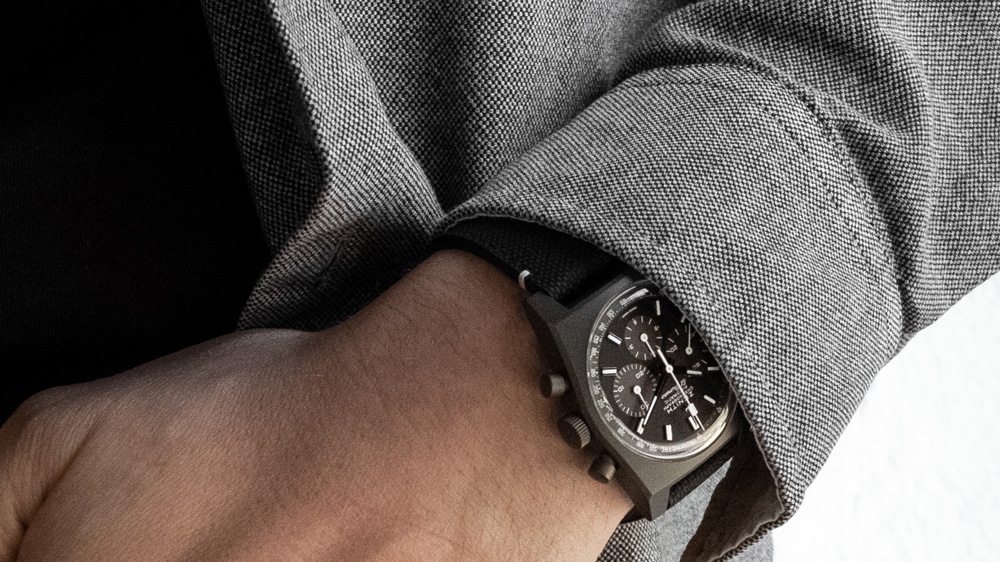 The new Zenith Chronomaster Revival El Primero A384 ‘Shadow’ comes on a strap that is a combination of black rubber and ‘Codura effect’ textile and white stitching on a micro-blasted titanium pin buckle.

*May not be an entirely accurate transcript of the conversation.