Last year Arnold & Son (owned by the Citizen Group) added to its Instrument Collection a watch they said was inspired by the marine chronometers of John Arnold (the man after which the brand is named) – a visually engaging and very 21st century world timer.

The Globetrotter is large (45mm) and thick (17.23mm at its highest point), the latter because of an eye-catching large domed sapphire crystal atop a large centrally arched bridge and an exceptionally large rotating world time display that depicts a view of Earth’s Northern Hemisphere.

The (partial) globe of the launch model starts with a piece of brass which has the Earth’s land masses and oceans chemically etched into it, after which it is polished. After this, mountains are sandblasted on, and oceans covered with different shades of blue lacquer. The entire world-time disc is then treated with a layer of clear lacquer, after which the completed piece is polished before it takes its place on the watch, floating above an opaline dial. Surrounding the hemisphere is a circular satin-brushed minutes chapter ring and a 24-hour sapphire disc for the world time indicator display. The latter is affixed to the same bridge that holds the hemisphere in place; it is transparent between 06:00 and 18:00, and with a translucent metallic treatment from 18:00 to 06:00 (day and night indicators). The world-time makes one full rotation every 24 hours. 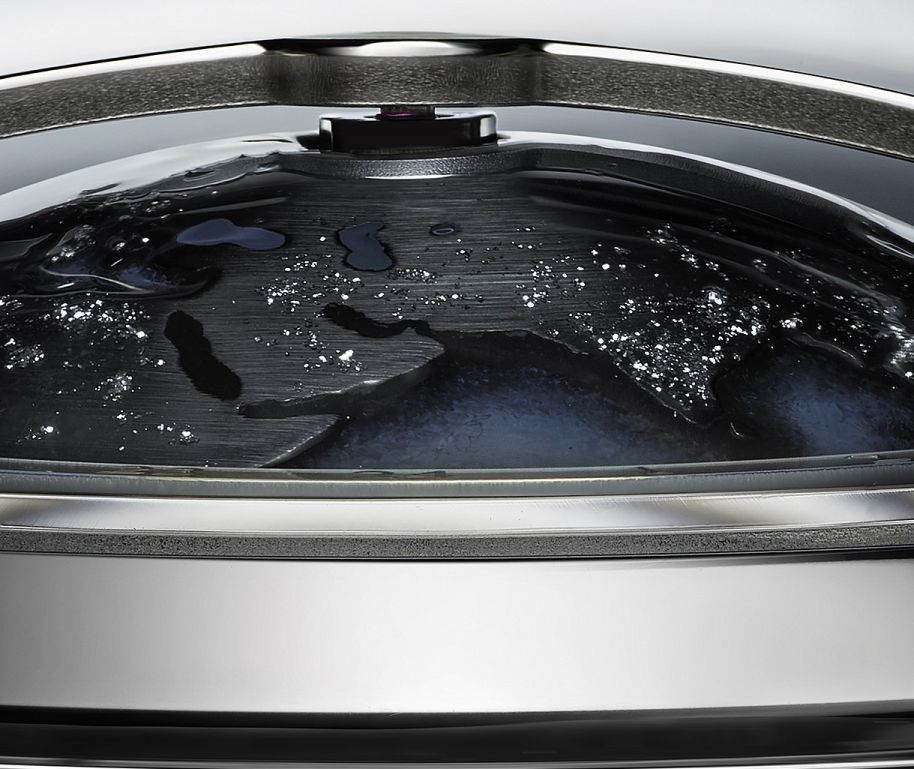 Now they have announced a second (and in my view better looking) variant called the Globetrotter Night. Again in a 45mm stainless steel case, the basics are the same. It shows the Northern Hemisphere, but this time with a night focus, the polished steel bridge supports a disc that rotates once every 24-hours that is both world timer and day/ night indicator. To indicate night, the sapphire disc around the globe is transparent between the daylight hours of 06:00 and 18:00, and translucent from 18:00 to 06:00.

For this new piece, the Earth’s land masses are again chemically etched, but this time they are hand lacquered to a dark grey, and oceans in grey-blue. The silvery points, of which there are 950 on each dial, represent city lights.

Encircling this, the opaline silver chapter ring of the dial is the same as for the launch model, as are the polished and red tipped hands. Also identically, the large bride rising above the Earth is circular satin-brushed, hand chamfered, and held in place by screws with polished heads.

Inside the Globetrotter is the Arnold & Son automatic Calibre A&S6022, with a power reserve of 45 hours. In line with the theme of the Night model, it has been ‘blackened’ to a dark grey courtesy of NAC-type surface treatments. The polished bridges are finished with Côtes de Genève stripes and colored grey. The skeletonised rotor is mirror-polished, laser engraved, and treated with ADLC black and NAC grey, with a matte straight-grained finish. 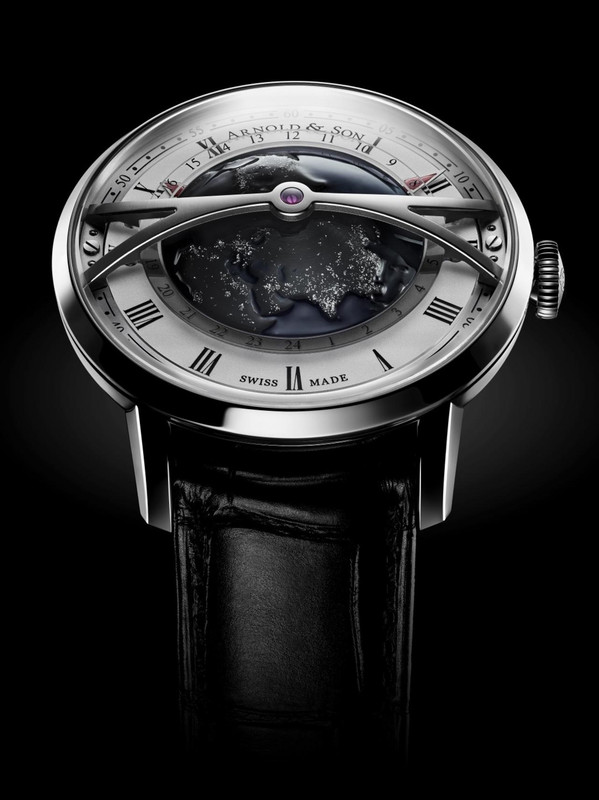 The Globetrotter features a three-position crown system. The first position is for winding the movement, the second position sets the local time (hour hand) in one hour increments, and the third is used to set the hour/ minute hands, and the world time hemisphere rotation. Both the local time and the world time can be adjusted forwards or backwards.

Obviously, although this watch has a world timer feature, the nature of its depiction for the Northern Hemisphere in this watch is very much a matter of design/ aesthetics trumping exactitude, so times will be approximate. Cities are not even identified, for example, and in terms of the core time telling function, the large bridge means that the pointers do have times where they are obscured and you will have to peek under to see what the time is. But the Globetrotter Night’s interest is about the charm of the hemisphere depiction and the domed sapphire.

Coming on a black alligator strap and in a limited edition of fifty pieces, the Globetrotter Night has an RRP of CHF 16,800. Arnold & Son says it can provide a Southern Hemisphere version on request at the same price.