Earlier this year we mentioned A. Lange & Söhne’s Lange 1 25th Anniversary, the first in a series of limited edition ‘birthday watches’ released in 2019 which have several features in common – an argenté-coloured dial in solid silver with printed deep-blue numerals and hour markers, blue date numerals, and a blue alligator leather strap with a grey seam.

The Lange 1 Daymatic was originally launched in 2010. The first automatic member of the Lange 1 family, it came in a 39.5mm case in yellow gold, pink gold, and platinum variants. What is notable and interesting about the Daymatic it is that with a fleeting glance you might not notice that something is not quite the same. 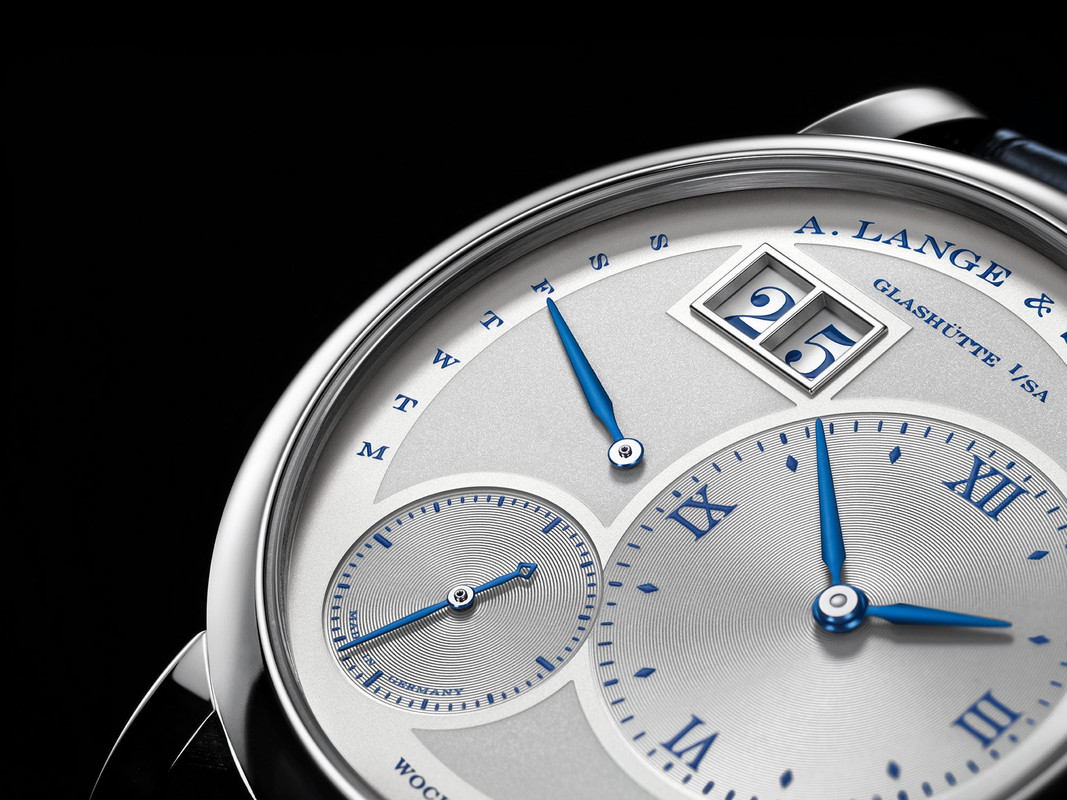 That ‘something’ is that it is the mirror image of the Lange 1. So the large sub dial which shows the time is on the right, whereas the small seconds dial and the outsized date are on the left. The power reserve indicator, which in the Lange 1 is on the crown side of the case, has been replaced by a retrograde indicator for the day of the week. The reason for this was to do with the difference in movement (the Calibre L021.1) type; they reasoned that for an automatic watch, a power reserve indicator was of less practical use than knowing the day of the week. 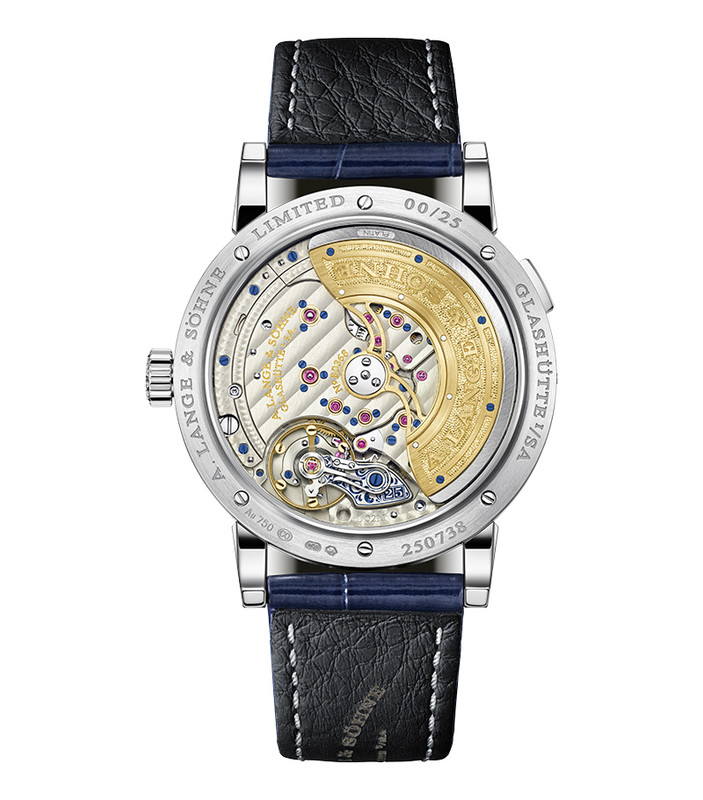 This new 25th Anniversary model for 2019 comes in the same sized case, this time in white gold. Inside is the same automatic in-house Calibre L021.1, which beats at 21,600VPH and has a power reserve of 50 hours. It has the familiar A. Lange & Söhne decoration, with an engraved gold (platinum mass) rotor, Glashütte ribbing and perlage and, like in the Anniversary manual pieces, the balance cock of the cal. L021.1 has a hand-engraved, blue-filled floral pattern with a ’25’ in the same typeface as the Lange outsized date. 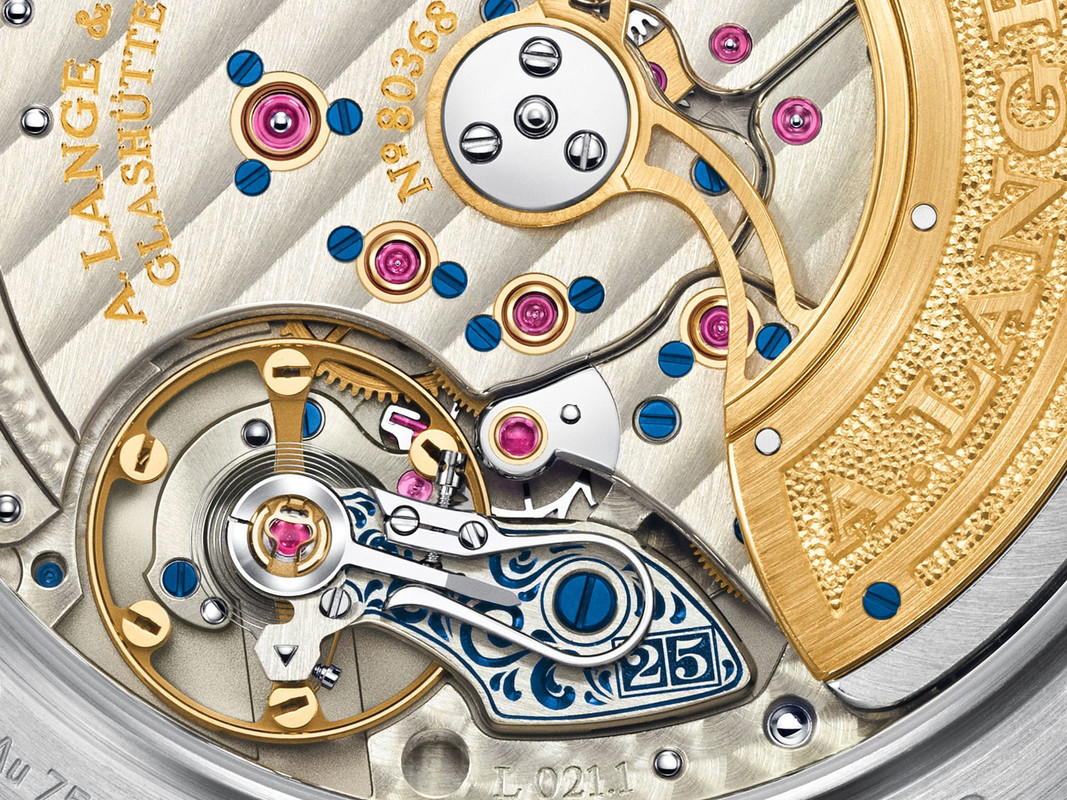 As mentioned at the outset this, like the other ‘Anniversary’ models, comes on a blue alligator strap with grey stitching. Limited to 25 pieces, it has a German RRP of 44,200 EUR (including taxes).

[Photos supplied by A. Lange & Söhne]