MB&F has just announced the sixth and final version of their Horological Machine 6, a ‘Space Pirate’ originally introduced in 2014 in titanium that was followed by versions in 5N red gold, and three ‘sapphire’ editions in in red gold (see below), platinum, and ‘Alien Nation’. 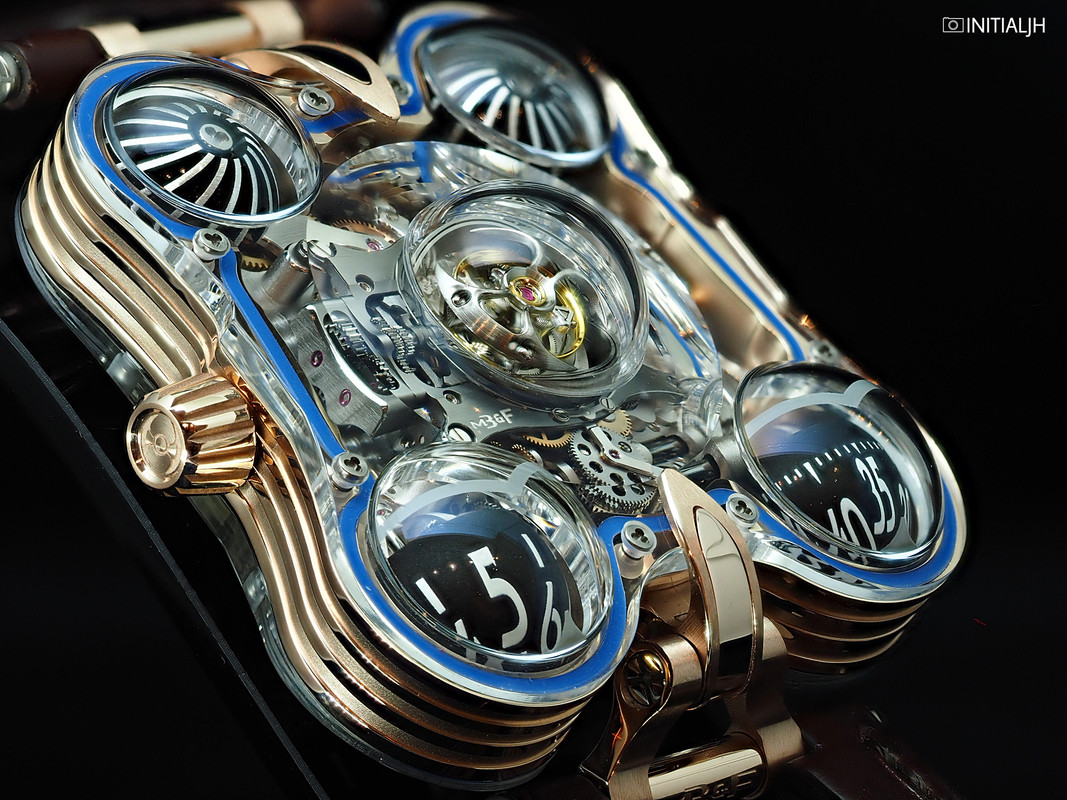 For the final hurrah, a limited edition of eight pieces which brings the HM6 totality to a head count of one hundred pieces, MB&F have gone with stainless steel as the metal of choice. As one of their capital ‘f’ Friends says, ‘steel is real’.

The distinctive and innovative design, with ten domed sapphire crystals, contains an automatic movement (developed exclusively for MB&F with David Candaux Horlogerie Créative) with a flying 60-second tourbillon that is not only encased beneath one of the sapphire domes but is protected by a retractable titanium cover operated by a crown on the left side of the case. It also has a safety mechanism so that you do not accidentally go too far and ‘force’ its closure or opening. The HM6’s movement, which took three years to develop, has 475 parts, beats at 18,000VPH, and a power reserve of seventy-two hours. 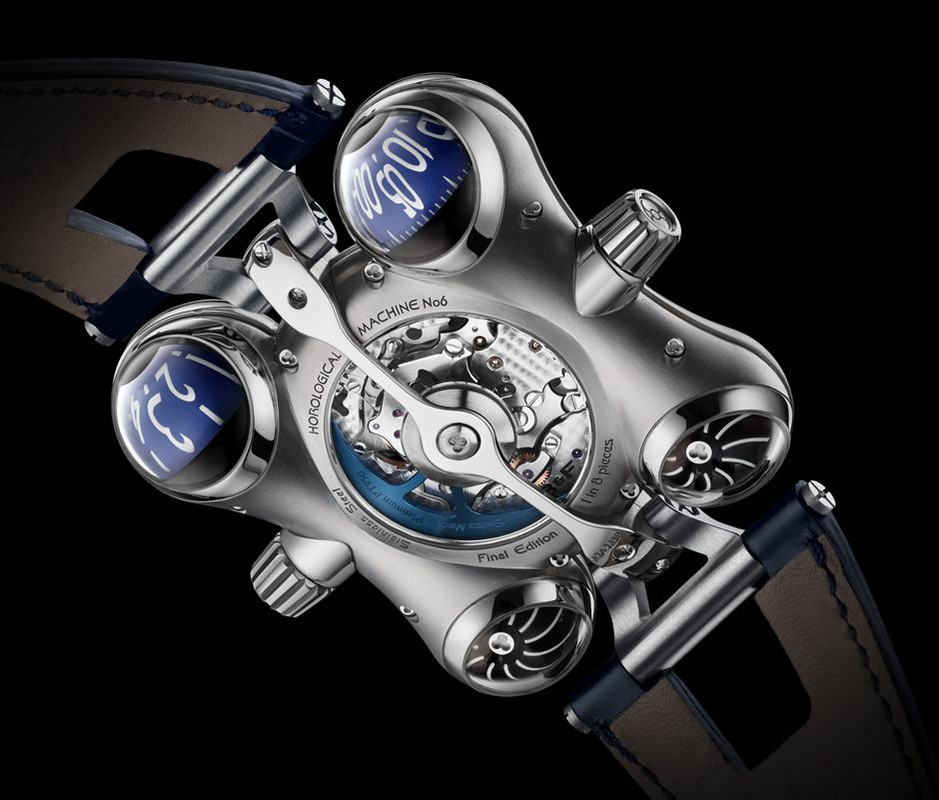 The other domes on the top of the HM6, also topped and tailed with sapphire crystal, are firstly the hours and minutes, and secondly twin aluminium turbines driven by the winding rotor which work for design purposes (balance) and create air resistance that act as a buffer for the automatic winding.

In this ‘Final Edition’, the hour and minute spheres are blue (yes blue again – see recent posts), with numerals and markings coated in light blue Super-LumiNova. The blue colour theme continues with the platinum oscillating weight, which has a blue PVD coating.

The dimensions of each HM6 have varied because the casing has been different. This one is the same as that of the original titanium and rose gold models – 49.5mm x 52.3mm x 20.4mm. As I noted when I first handled the launch model, the numbers of the dimensions may be large, but they belie how very wearable (and comfortable) it actually is on the wrist.

For the fortunate final eight owners, the HM6 Final Edition comes on an alligator strap (as did the HM6-SV and HM6 Alien Nation) with a folding buckle. As for pricing, it is CHF 226,000 including VAT.