Last year, Romain Jerome had a very unexpected release in the form of an official Hello Kitty watch, a partnership which was slightly left of centre of their usual wares, even for a brand that manages to come up with continually unexpected partnerships. For those who are not familiar with it, here it is, for your perusal. 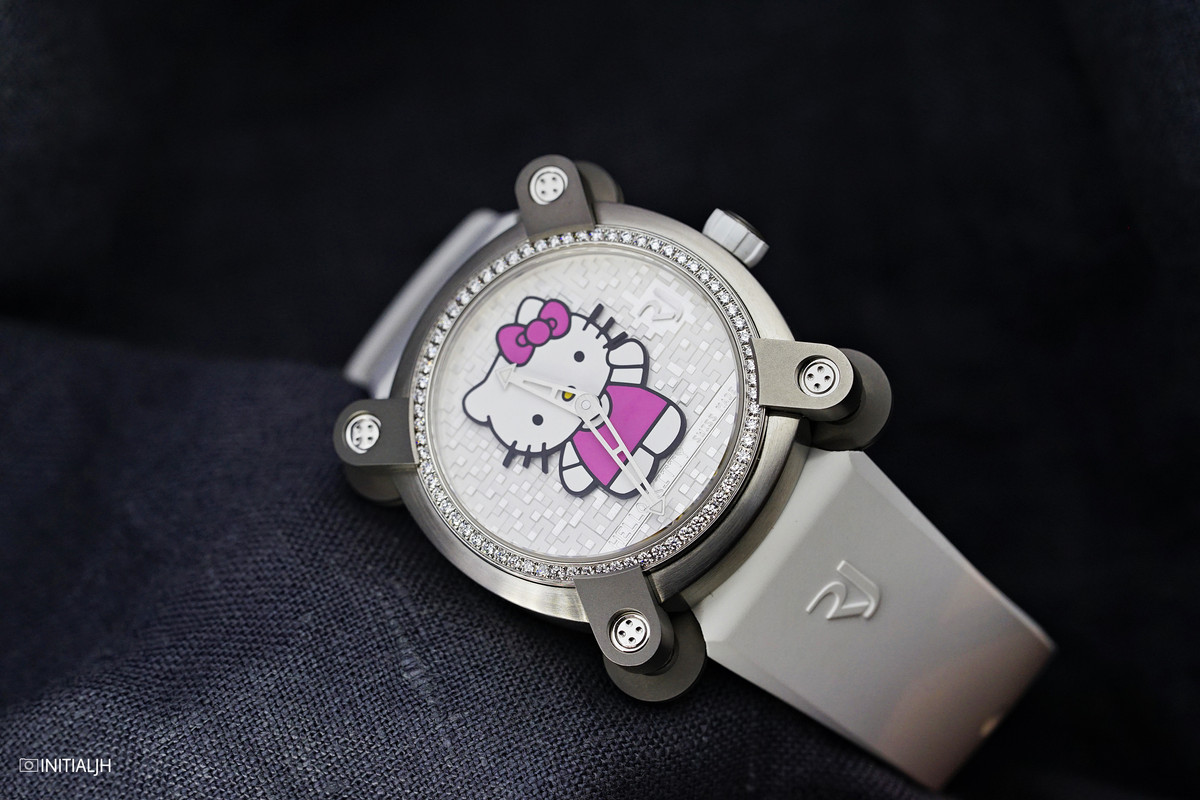 This year, they have gone back to form in terms of their ‘Generational Icons’ collection. Having already covered Batman a couple of years ago with DC Comics, now they are going over to Marvel, with the new RJ x Spider-Man limited edition. 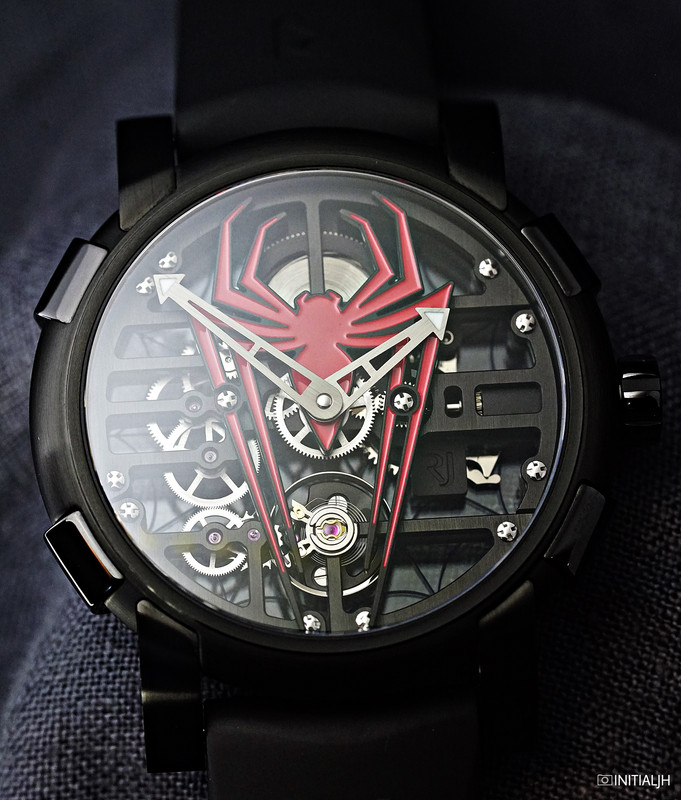 The 75 piece limited edition comes in Romain Jerome’s Skylab case, in a 48mm of all black PVD coating. The case is the vehicle for the skeletonised manual-wind Le Joux-Perret made Calibre RJ004-M that powers the Skylab Spider-Man features the black-chromed, three-layered movement featuring straight bridges, with its balance wheel visible on the front side. It has a power reserve of 48 hours and a frequency of 28,800 VPH. 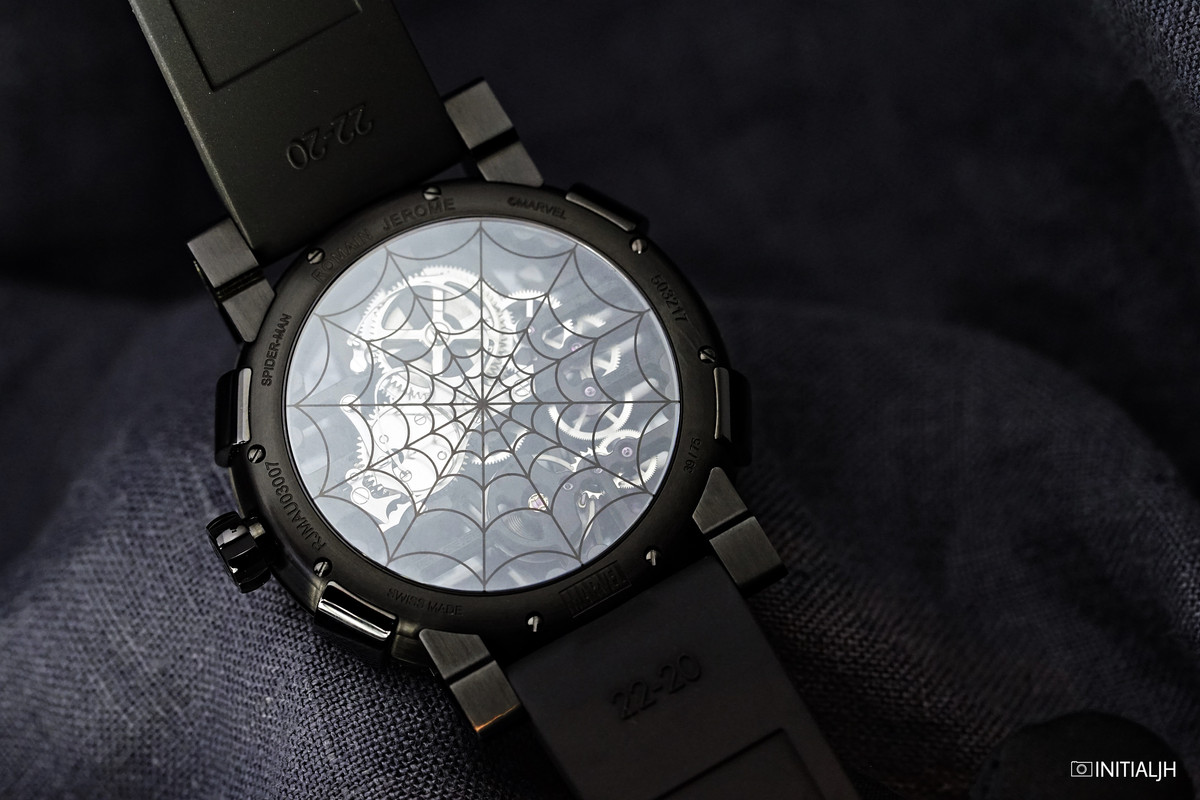 The front is dominated by a Spider-Man logo made of sand blasted black chrome that is hand-filled with red lacquer, and held to the front of the movement by two screws. Of particular note on the dial side of the skeletonised movement are its vertical construction and linear bridges. The tips of the hour and minute hands, which are themselves made of satin-brushed nickel, are coated with a blue Super-LumiNova. 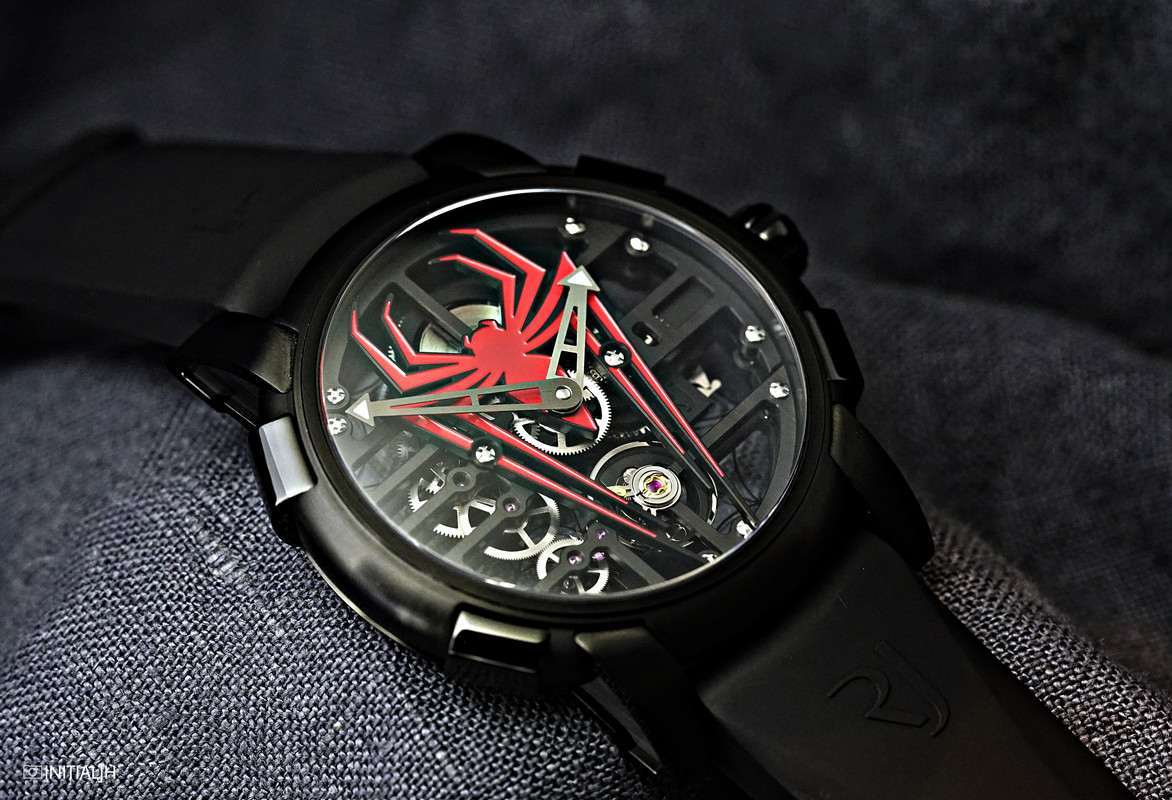 Water resistance is 30m, and the crown is screw-down. The case comes on a black rubber strap with a black PVD-coated folding clasp.

The RRP for the limited edition Spider-Man is CHF 18,950.