This year has seen the introduction, by Audemars Piguet, of new Royal Oak Extra-Thin tourbillon models, with changes to a watch that debuted in 2012 during the marking of 40 years of the Royal Oak. They subsequently introduced several variations, including in platinum version, bi-metal, and even a Royal Oak Tourbillon Extra-Thin Openworked, in yellow gold or stainless steel variants. 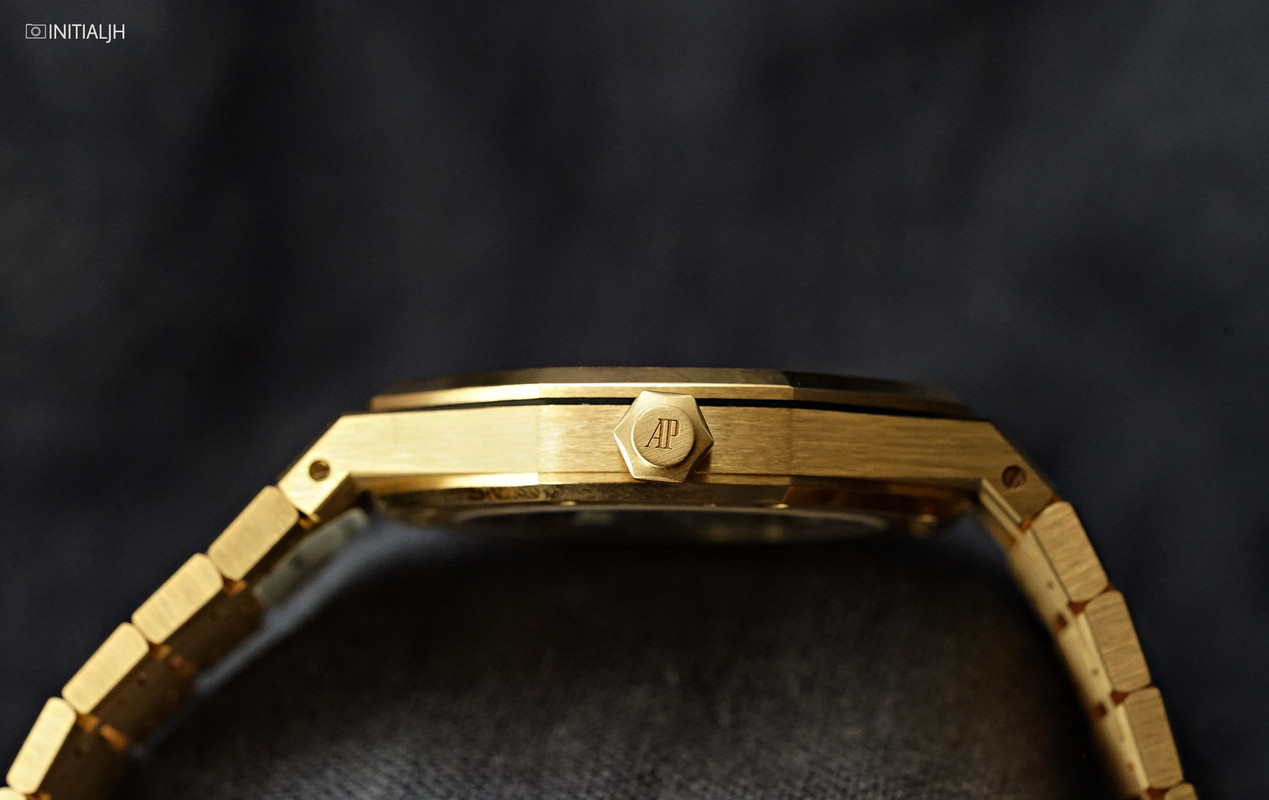 Now we have three more additions; one in stainless steel, one in 18 cart pink gold, which we will share with you today, and one in a 950 platinum case, and a bezel set with baguette-cut gradated blue sapphires, for all your non-sporting sports watch needs. The new Royal Oak Extra-Thin tourbillons are in the same 41mm x 8.95mm cases as their predecessors and still look incredibly thin for a Royal Oak, and feature the familiar bracelets in matching metals. 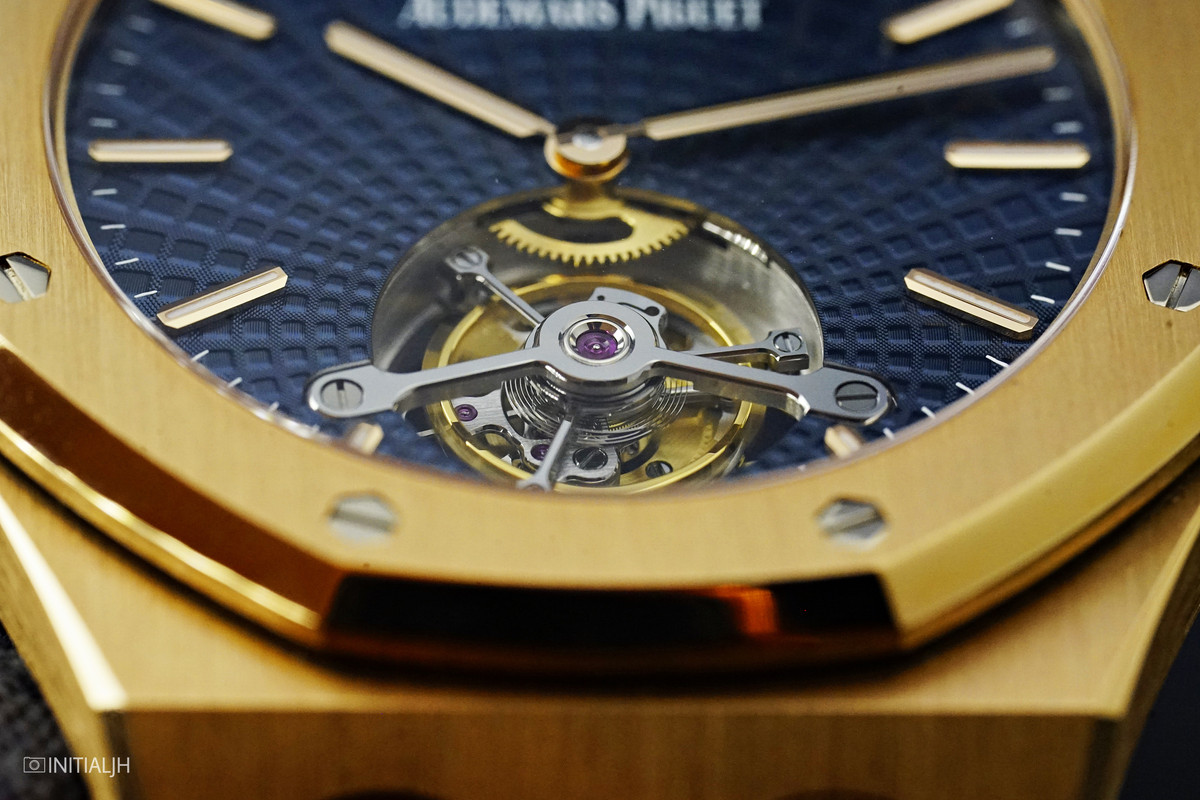 There are two things that are immediately noticeable with these new watches – the dial’s colour, and its pattern, both impossible to miss. Audemars Piguet’s signature Tapisserie design has morphed into a new sunburst pattern. The pink gold cased model we are highlighting in this post has a blue dial with this new radiating sunburst-like pattern that they are calling ‘Tapisserie Evolutive’, with pink gold applied hour markers and lumed hands. The stainless steel model, which we unfortunately didn’t get the opportunity to photograph as someone else had it at the time, has a purple dial, and the 950 platinum cased one will also have a blue dial. 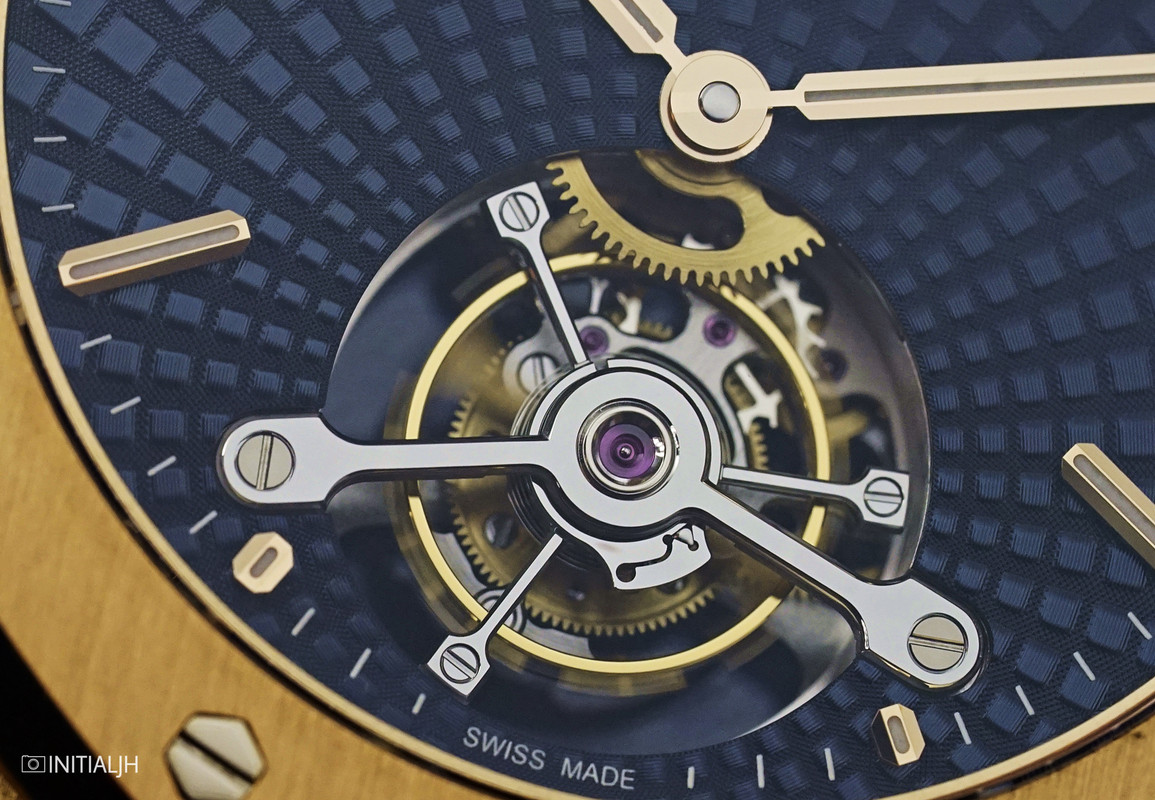 Powering the new models is the same manual-wind Calibre 2924 that was in the earlier models. It is 4.46mm thick, beats at 21,600VPH, and has a power reserve of 70 hours. It is the same model that was used in the earlier models, with some minor aesthetic modifications so that it works the new dial pattern. You’ll also notice that the Geneva stripes, which are done to reflect the new dial pattern. 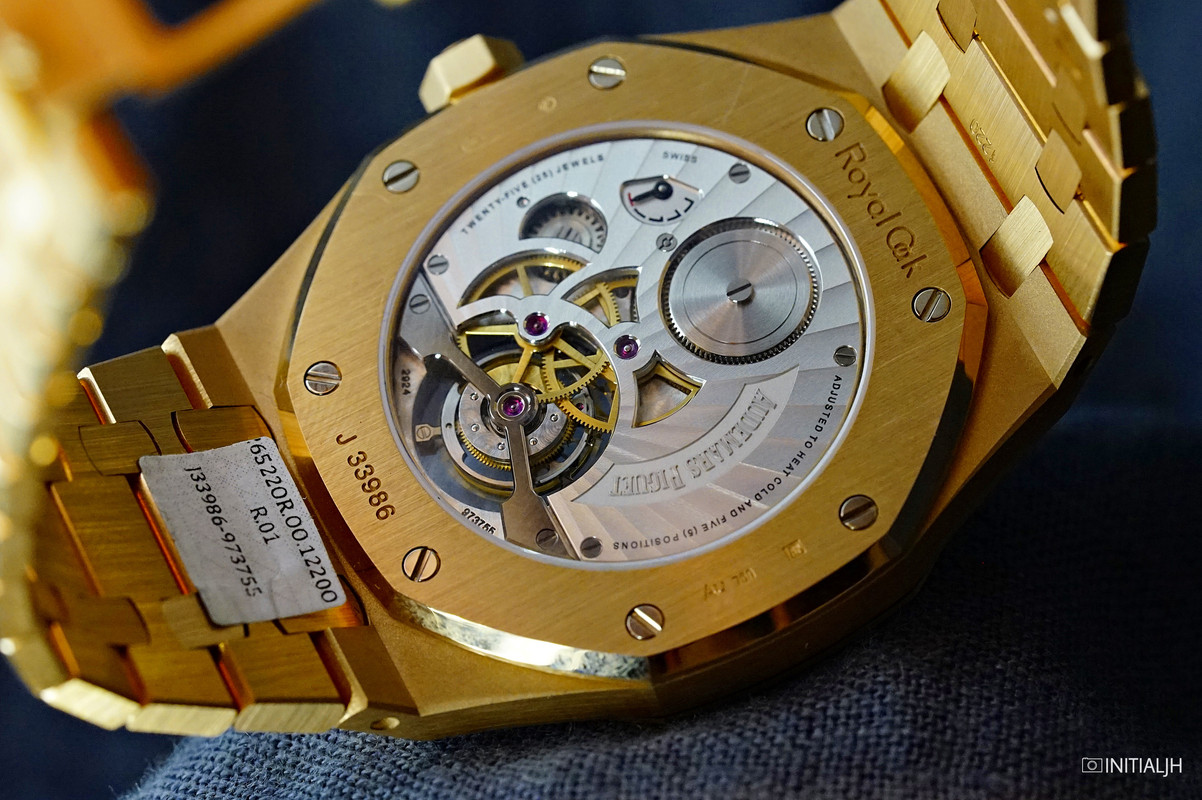 This new Tapisserie Evolutive is much bolder and draws the eye in a way that the traditional design with which we are all familiar, doesn’t. It also highlights the tourbillon, from which the pattern radiates, and is very much a design feature compared to its more subdued origins.

It is very striking, and perhaps to some degree, this may be the crux of the watch purchasing matter – whether someone likes it may depend on whether s/he prefers their Tapisserie to be discreet or something to attract the gaze.