Glashütte Original have announced a new limited edition version of its Senator Tourbillon, named in tribute to Alfred Helwig, the onetime head and Master Watchmaker of the German School of Watchmaking in Glashütte who created the first flying tourbillon in 1920.

A variant of the Senator Tourbillon model, it is in a 42mm (13.7mm thick) white gold case. The flying tourbillon that is the point of note for the regular Senator Tourbillon and the Edition Alfred Helwig watch weighs 0.2g and is comprised of 72 components. It also does double duty as a running small seconds indicator. Flying tourbillons are mounted differently to the traditional tourbillon, characterised by being cantilevered, secured to the plate on one side, rather than being supported on both sides of the movement. 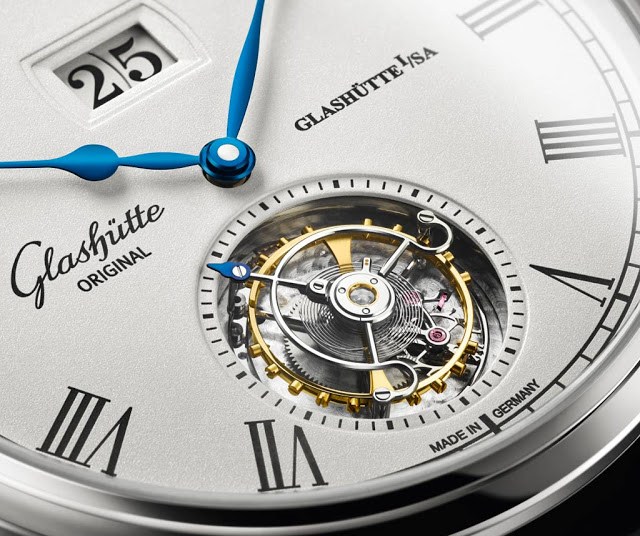 There are a number of differences between this and the standard Senator Tourbillon. The first is the dial. It is varnished silver-grained instead of matte black, with black laser engraved indices and a railroad chapter ring. The second is an unusual interesting touch; in place of a Roman numeral at one o’clock there is “No. X/ 25” styled to look as such. Finally, there are blued hands instead of the rhodium-plated ones on the original. 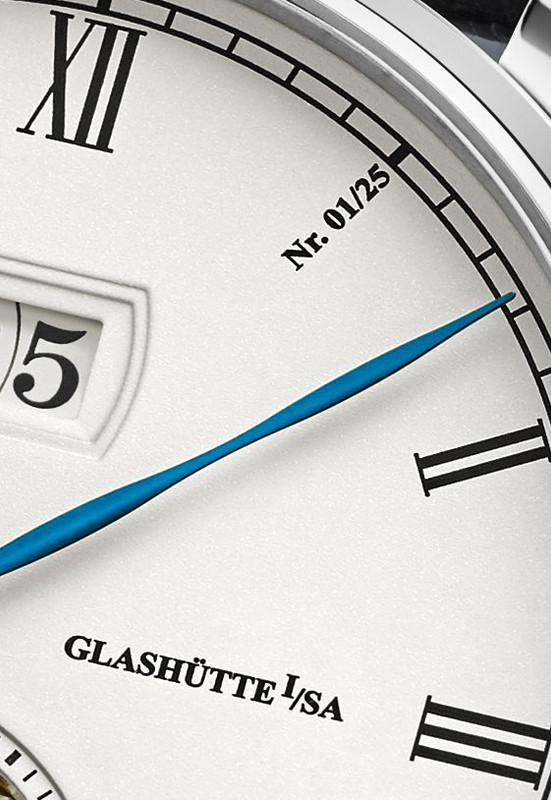 Powering this watch is the in-house automatic Calibre 94-03, the same movement as in the regular production version. It beats at 21,600 VPH and has a 48 hour power reserve. The off-centre rotor is 21 kt gold and has a two-tone finish. 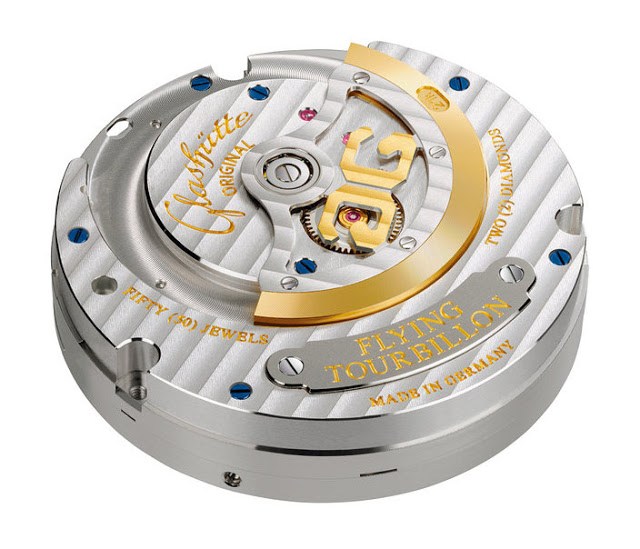 The Glashütte Original Senator Tourbillon Edition Alfred Helwig comes on a blue Louisiana Alligator strap and has an RRP of around EUR 100,000.