SPEAKE-MARIN : J-Class Collection One and Two

Earlier this year at Peter Speake-Marin launched a new in-house movement, the COSC-certified automatic Calibre SMA0, which made its maiden appearance in the form of two limited edition pieces called the ‘One’ and ‘Two’. These are the first watches in the J-Class collection to use an in-house movement, and feature all the easily identifiable Speake-Marin design codes of a Piccadilly case, the hands, and the crown, but if you look carefully, you will note some changes. 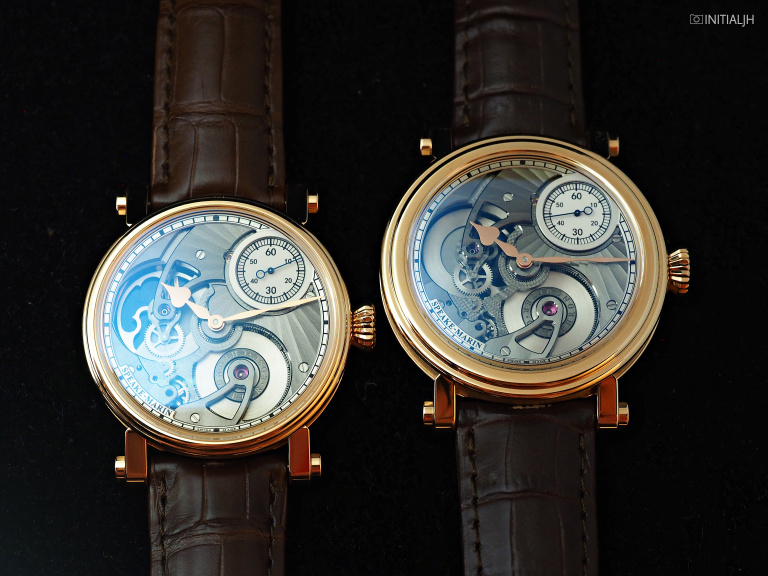 These new watches are made in red gold (One) and titanium (Two) versions, and in two sizes, 38mm and 42mm. The rose gold models are in limited edition of ten pieces and the titanium, twenty. With skeletonisation to reveal the movement and signature Speake-Marin topping tool, the grey dial is characterised by a lack of numerals, and a small seconds indicator at 1:30 that is visually balanced by the barrel and rotor.

As mentioned, there have been some tweaks to this watch. It comes in a new version of the Piccadilly case, with the lugs/ strap shorter and closer to the case and the crown also less prominent. As well, the bezel and case back have also been slightly re-designed and the sapphire glass’ setting position also changed, all in the name of making the watch more slim (it’s 10.5mm thick). 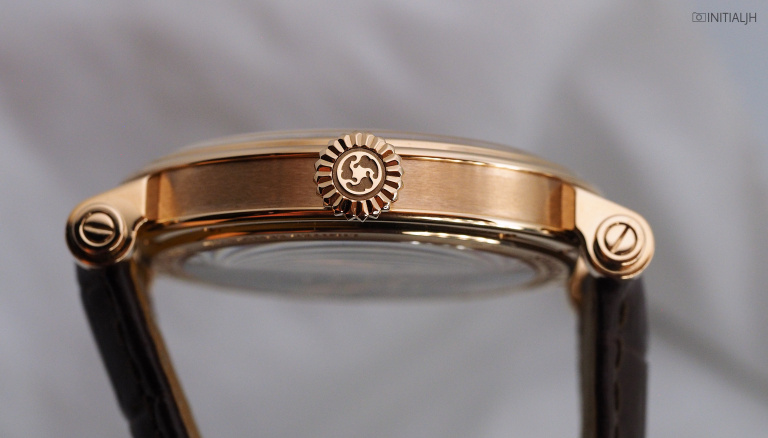 With a power reserve of 52 hours, as the first in-house addition to his signature Piccadilly line, the new SMA01 movement is an interesting new addition to the brand, and we will await with interest to see how it will be used in the future. 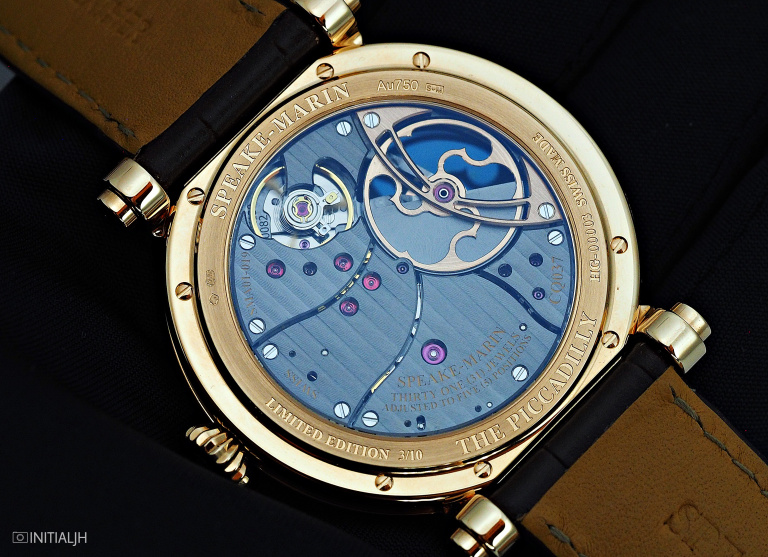