You may recall a recent post about some of the celebratory Altiplano models that Piaget is releasing in 2017 to mark its 60th anniversary.

It turns out that these two blue models aren’t the only special pieces to mark this birthday (there are new models for both men and women), but today we are bringing you some live photos as well as sharing some thoughts now that we’ve had some ‘hands on’ time with them. 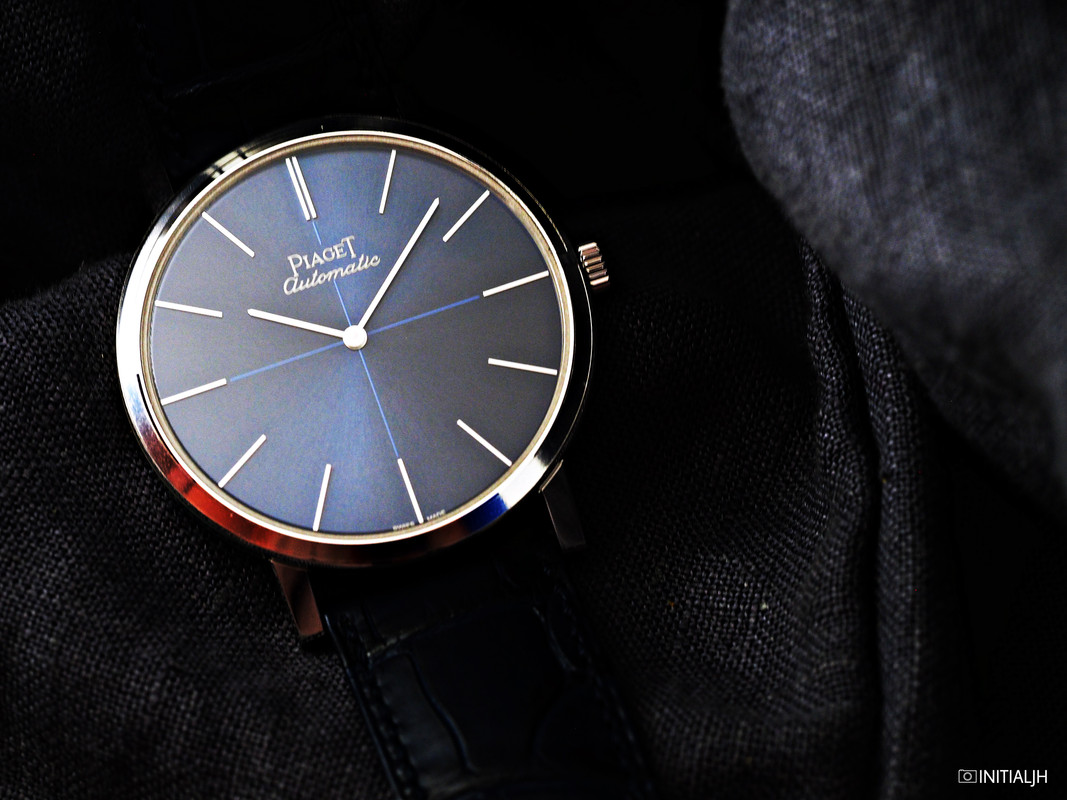 As mentioned in the previous post, these two blue models are both in white gold; one is 38mm with the manual-wind Calibre 430P movement and the other, 43mm with the automatic Calibre 1200P movement. Only the 43mm version has an open case back. 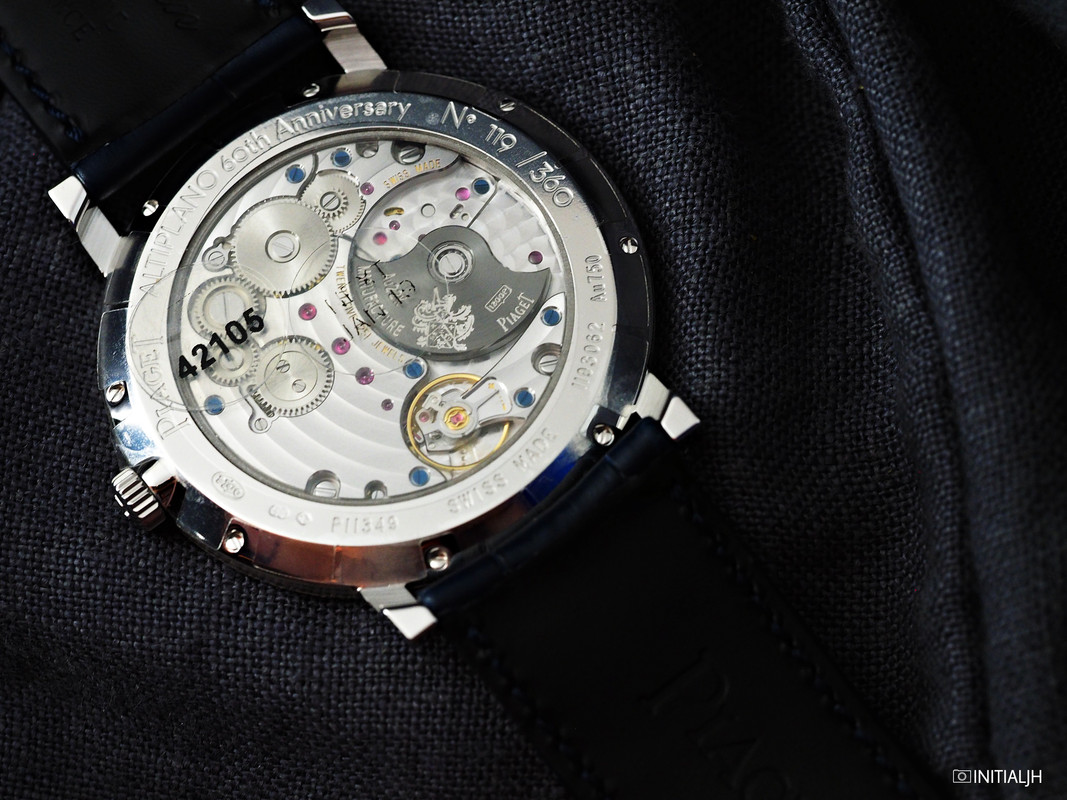 Both of these have a deep blue sunburst dial in a blue that has been strong part of Piaget’s history and which will be familiar to many. The blue cross is also a nod to the past, as is the use of “Piaget Automatic” on the 43mm version, which appeared on their first ultra-thin watch.

Now having handled them both ‘in the metal’, I can say that yes they are very good looking watches and that the blue that was depicted in the official release photo is pretty much spot on. Before seeing them I had assumed that I would prefer the larger model both because of the ‘Automatic’ nod to the past on the dial plus the open case back, which shows off the movement. After all, this watch is all about the ultra thin movement history of Piaget.

What I discovered in trying them on was that the 38mm seemed to be a more comfortable size to wear (43mm is very much a modern dress watch sizing after all), and that this took precedence over the aesthetic considerations. However, as ever, I’d encourage you to try both on for size if you are interested, and if you are looking for a simple ultra thin dress watch and are a fan of blue dials, these are worth your consideration.

We will bring you the other new Altiplanos, including a new tourbillon, soon.