The much loved Datograph from A.Lange & Söhne has been ramped up and it was the centrepiece (literally, as it was the one chosen by the brand to be reproduced in their annual ‘uber’ format, dominating their booth) of their releases at SIHH 2016.

A chronograph with perpetual calendar and tourbillon, this new release is limited to 100 platinum pieces, with the addition of a tourbillon obvious in text but not in realisation. Lange have chosen to not change the design lines of their dial (and thus make it more crowded) by making the tourbillon visible from the back only. The tourbillon features the patented stop-seconds mechanism that stop the balance-wheel inside the tourbillon cage when the crown is pulled. 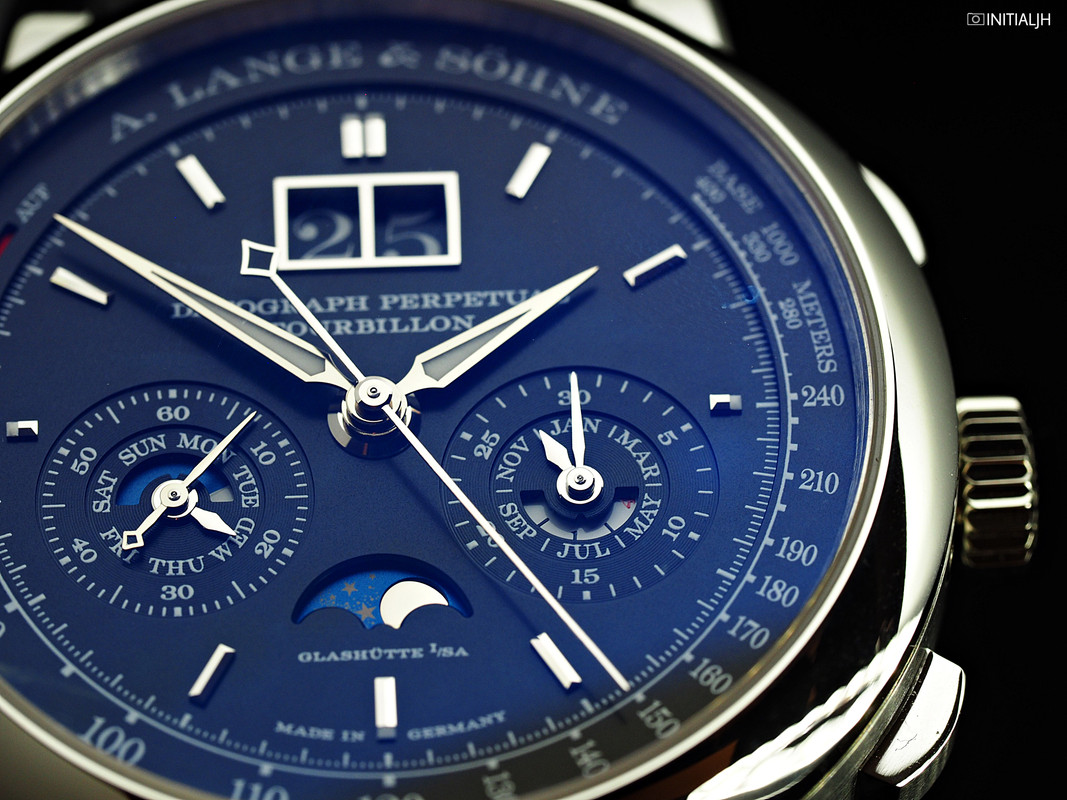 For those who noted what happened last year, at SIHH 2015 Lange released a Datograph Perpetual in white gold, so think of this as just having an added complication and well, an added price upgrade to platinum, but with the same basic dial aesthetics (including the baton markers). The ‘core’ parts remain the same : a column-wheel chronograph with a jumping minute counter, flyback chronograph, perpetual calendar, and the Lange large date. 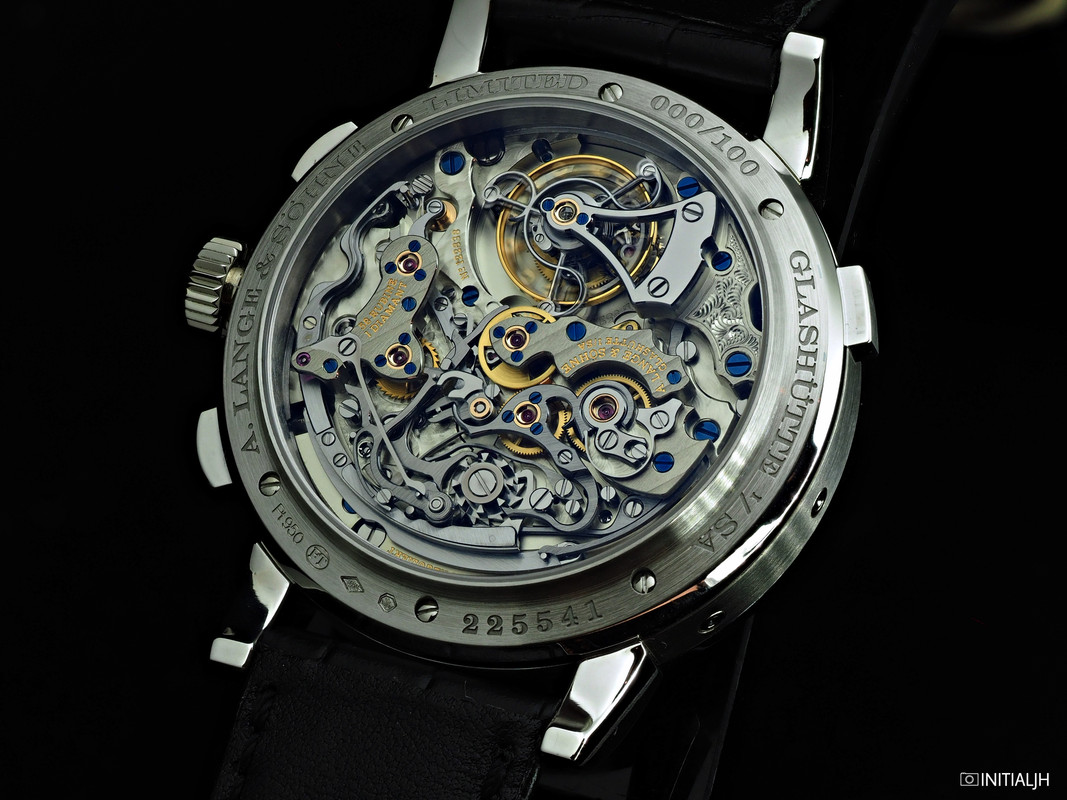 Inside the 41.5mm x 14.6mm case is the manual-winde 729-part Calibre L952.2 which beats at 18,000 and is visible through the caseback. It is, as you can see, extraordinarily photogenic. It has a 50-hour power reserve, with an indicator (absent from the dial of last year’s Datograph Perpetual) subtly perched near the tachymeter between 9 o’clock and 11 o’clock. 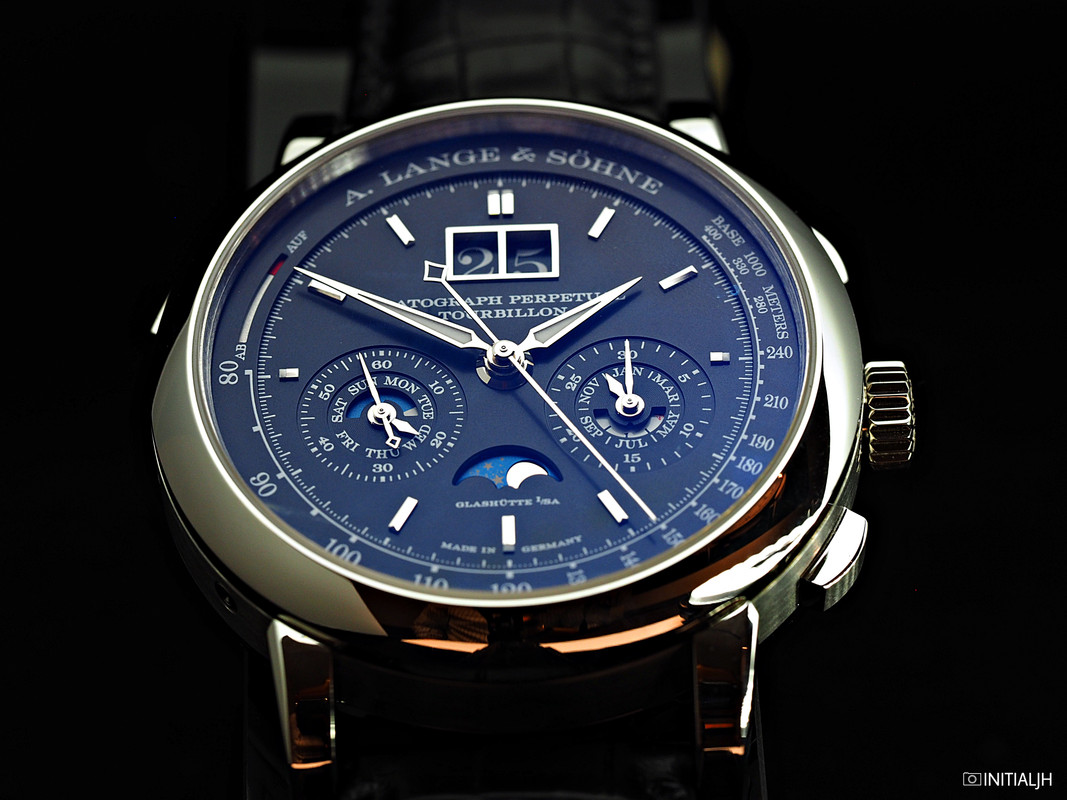 This new Datograph Perpetual Tourbillon features a perpetual calendar displayed via the outsize date and two sub dials but the layout is different to last year’s sans-tourbillon model. Here, the leap year and the day/ night indicator are integrated into the sub-dials. The moon phase remains at 6 o’clock.

All calendar displays can be advanced via a correction pusher, and three recessed correctors allow the displays to be adjusted separately. The rapid-correction pusher at 10 o’clock can be used to update all displays at the same time. 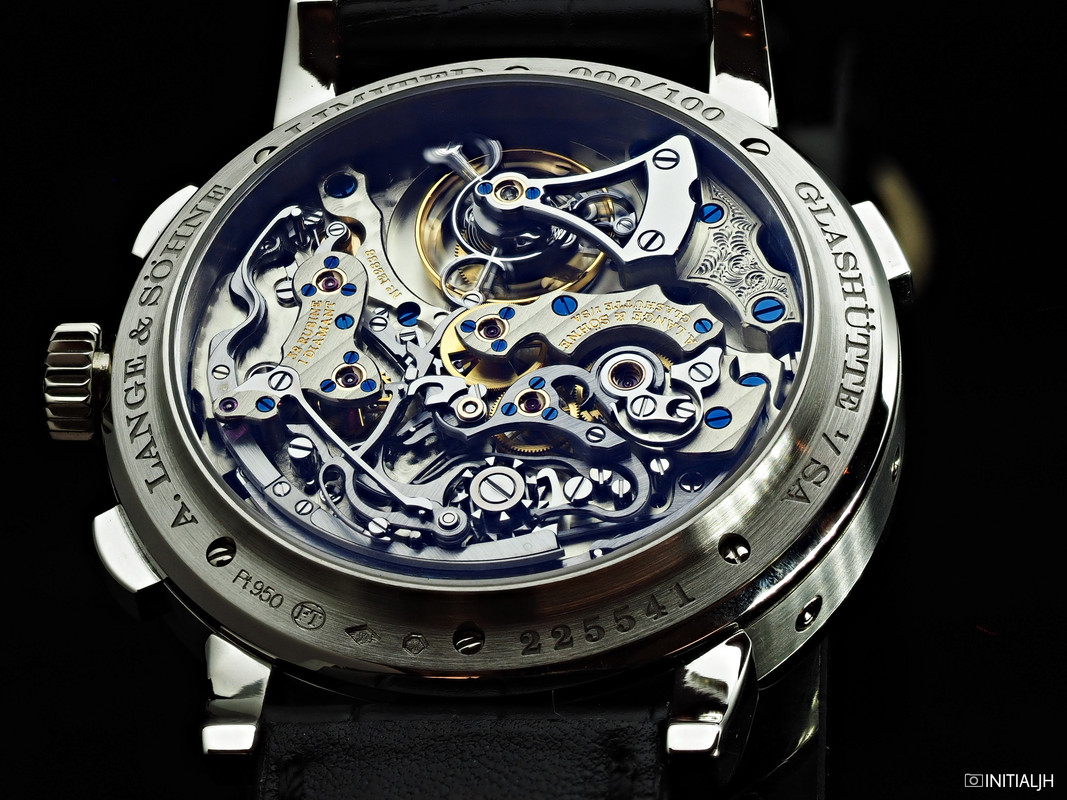 This very attractive new Datograph will be made in a limited run of 100 pieces and is priced at EUR 295,000.