Although it is a name that has perhaps become less known to contemporary watch enthusiasts, the ‘Yacht Club’ moniker forms an important part of IWC’s history.

The original Yacht Club Automatic was launched at the Baselworld 1967. With its focus on precision, utility, and durability as well as its design, it has endured as an example of sports-dressy case design from the period. One of its best-selling features was a shock system involving spring suspension with rubber bumpers for the movement, thus ‘isolating’ it, a major innovation for the brand. The Yacht Club also became its most popular line during that time, and for modern collectors and enthusiasts who are keen on emblematic watches from that period, it is a popular and price-accessible choice.

Inside the original Yacht Club was the Calibre 8541 with date display and Pellaton bi-directional winding system. The stainless steel Yacht Club was water resistant to 100m and 60m for the gold version, via a crown mechanism that automatically tightened the seals as water pressure increased. 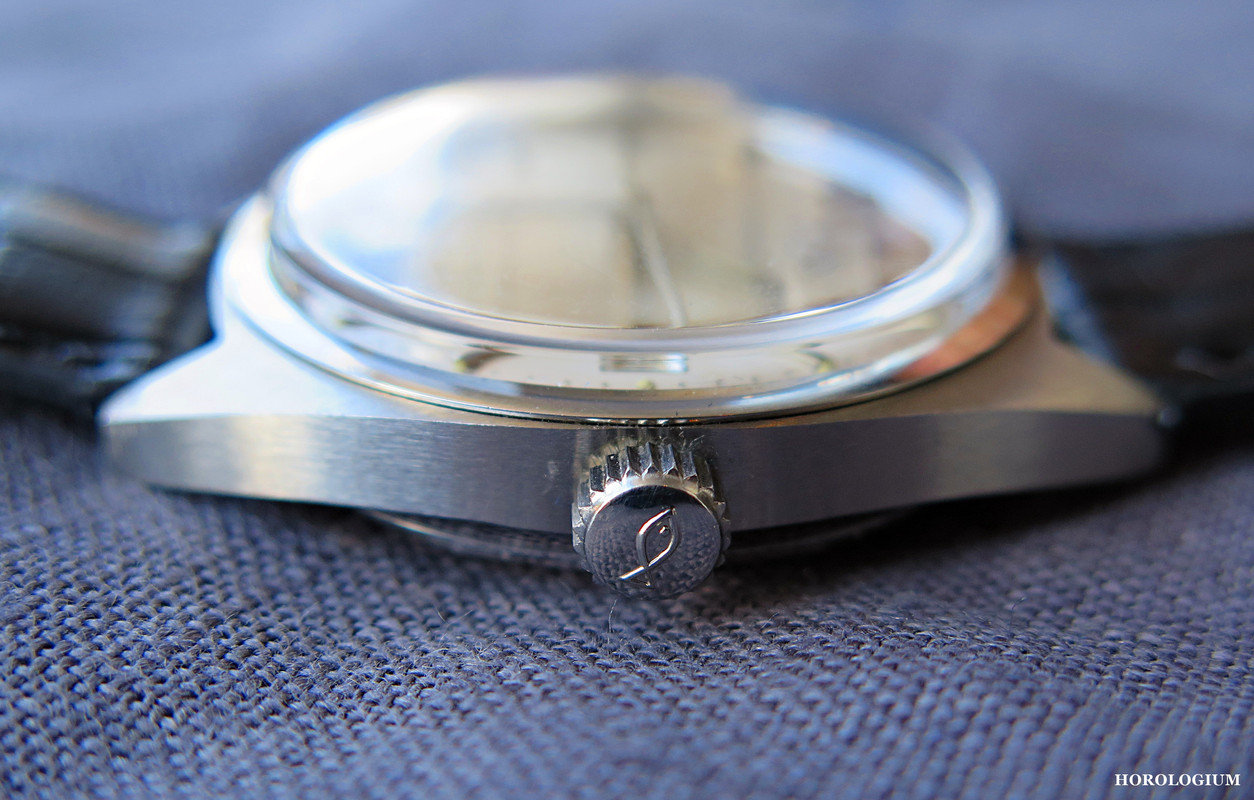 There were a variety of Yacht Club models – automatic with no date, a few manual-wind models with the Calibre 89 amongst others, covering all price points, and in 1977 IWC introduced the 38mm Yacht Club II, which was mostly quartz (in keeping with the period) and had a screw-down crown that wasn’t present in its predecessors. The Yacht Club II was retired in 1985 and then other collections became more of a priority for IWC until SIHH 2010 when they brought the Yacht Club name back but in the Portuguese line, as a flyback chronograph which has the IWC Calibre 89360 with its 68-hour power reserve and 600m water resistance. 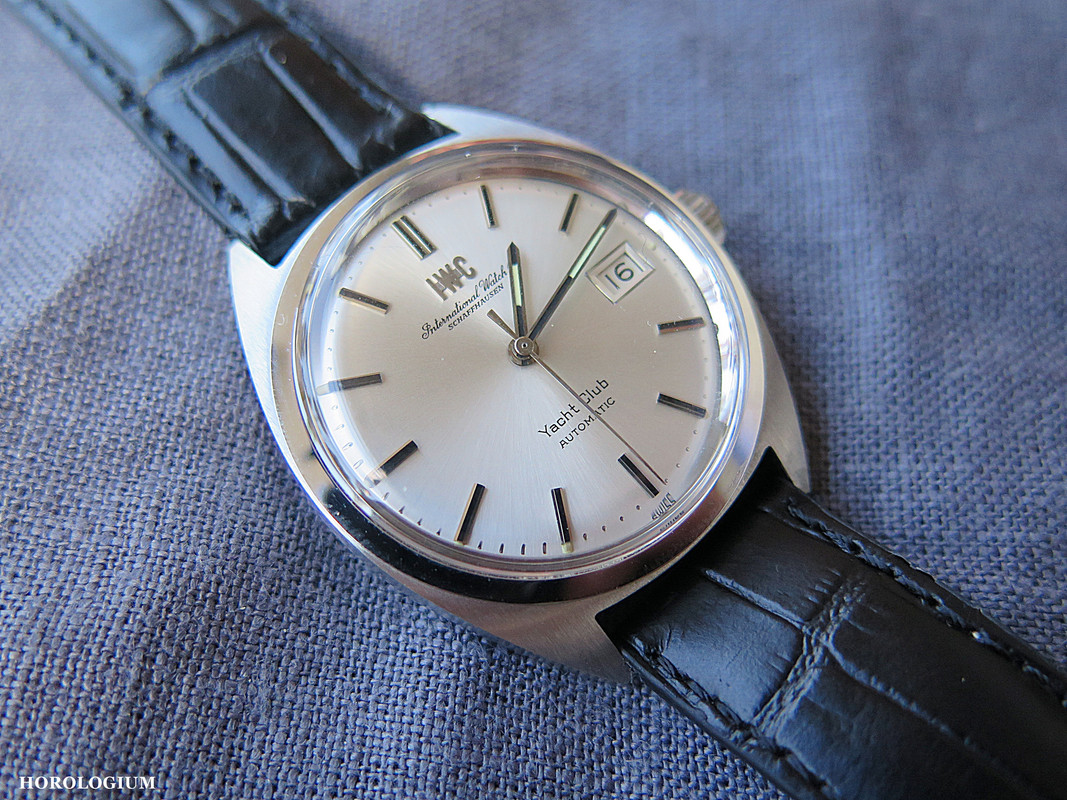 Today’s example dates from c.1973 and has an anti-magnetic inner case. In a stainless steel case with silver dial and applied baton markers, it has the automatic Calibre 8541 movement. The case is 36mm and has a domed plexi atop. What is special about this piece is that it still has the original strap and IWC buckle. Not only this, but it was a gift, presented to its owner in 1973 in recognition of 25 years at Schafenhausers Strickmaschinenfabrik. For a watch of this age it has been kept in remarkable condition, its edges still sharp and nary a mark. 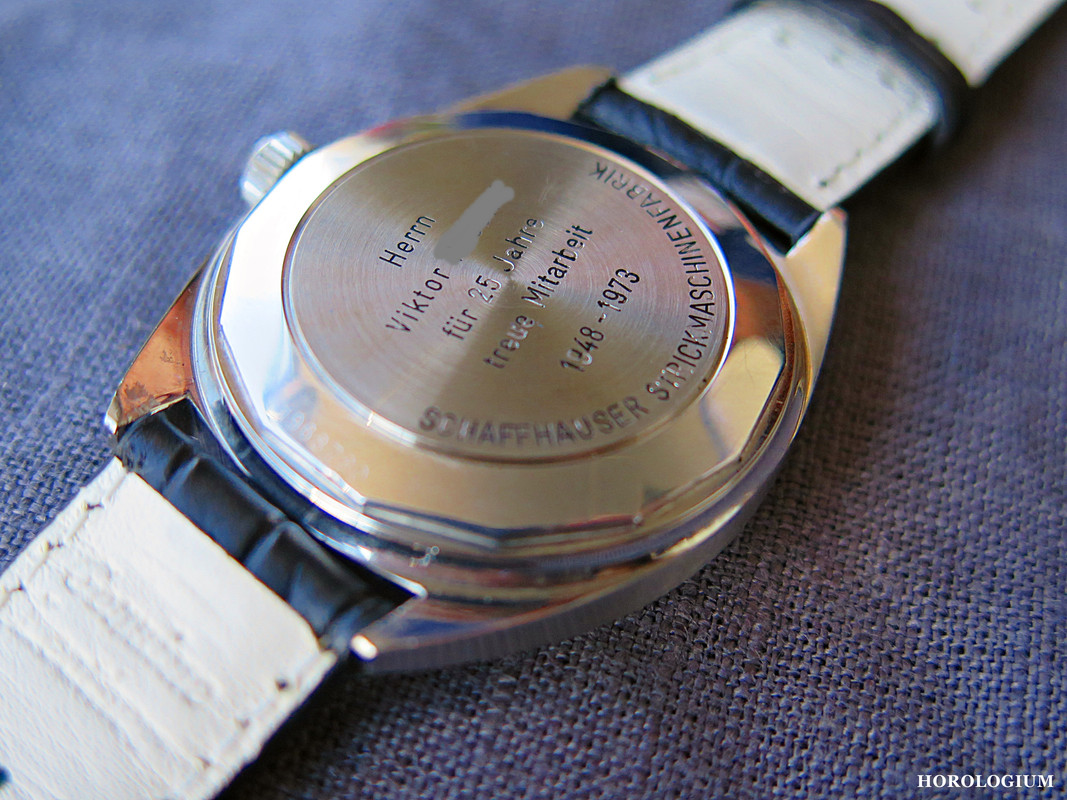 This is a lovely example of the solid no-nonsense watches for which that period was known. As its owner points out, vintage Yacht Clubs are collectible and desirable, but seen as less so than vintage Ingenieurs, which have had a more glamorous lineage. This is reflected in its pricing, but it also makes them what he calls “a relative bargain” and something worth considering for those who wish to get into vintage IWCs and are on a tighter budget. For those without a particular interest in the movement aspects, they are also good looking watches that are evocative of the design codes of that period.