Home › Brands › Baume & Mercier › BAUME & MERCIER : Re-launch of the Classima and an appeal to youth

BAUME & MERCIER : Re-launch of the Classima and an appeal to youth

This year Baume & Mercier have relaunched new Classima collections for both men and women. I was in attendance earlier this year at one of the official lauches of this new collection, and to some of those present, it appeared that there is a slight a tweak from last year. 2014 it seemed to be about ‘affordable luxury’ whereas now, with the Classimas being a core part of this, there is a focus on youth, on those wanting to buy their first serious watch at the conclusion of university studies and when they get their first job or seal their first deal.

The accompanying film stressed this, as did Baume & Mercier’s new collaborations with universities around the world. To some degree (no pun intended) this is still an ‘affordable luxury’ approach, but the ‘affordability’ is looking at a younger demographic. As they put it, “This collection invites the up-and-coming generation to take on new challenges and proudly accompanies it on the road to success.”

The new Classima men’s collection are available in stainless steel or bi-metal, in a new 40mm case with a sapphire caseback for automatic models. The new women’s collection will be 36.5mm and either automatic or quartz with sunray guilloché and some with diamond-set dials. Another attribute of the new approach to the Classima is that they will be encouraging people to have something engraved on the caseback for events such as university graduations (as a gift). 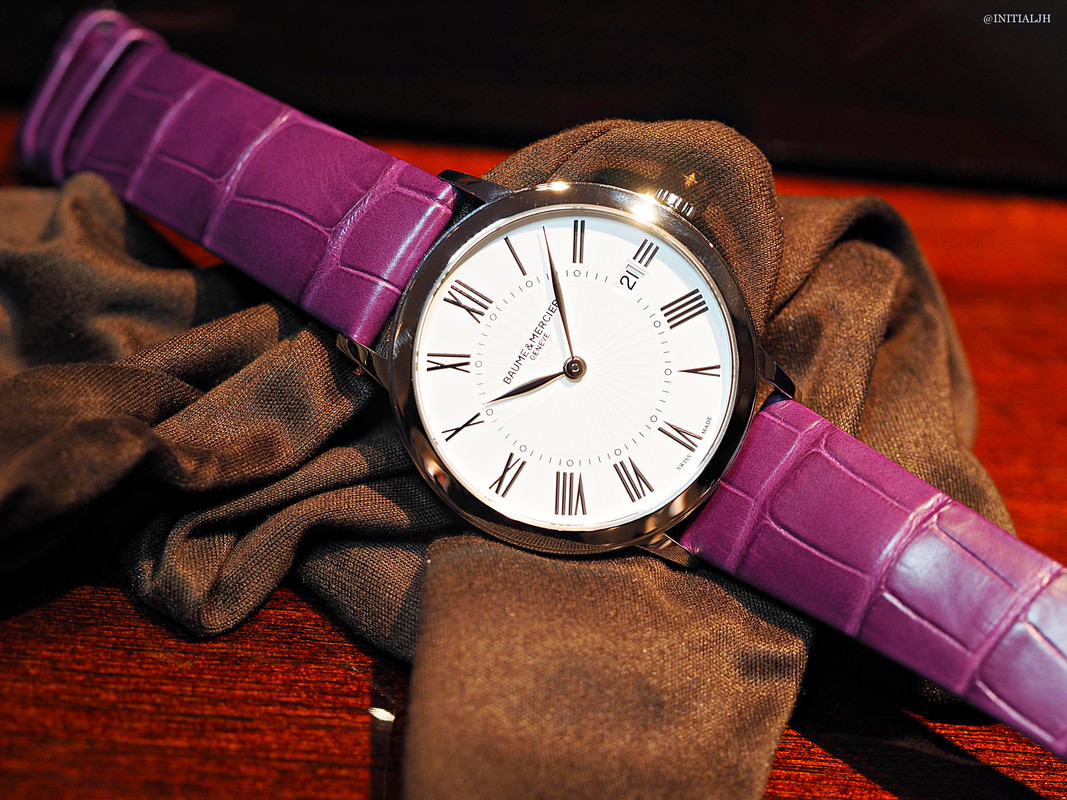 There are a dozen odd new models but here are some of the women’s ones. All quartz with a Ronda 788 movement for the moopnhase and ETA E64.041 for the purple strap model.

I guess that this can be viewed as a new approach to ‘affordable luxury’ by Baume & Mercier, but it is their development of ties with tertiary instutions that I will find interesting to observe. One example is their sponsorship of the MBA graduation party of the Hong Kong University of Science and Technology in March, during which Baume & Mercier presented six watches to the winners of the MBA Academic Excellence Award and MBA Citizenship Award. I wonder whether there will be any collaborations with Australian universities?