I remember when I first learned about the history of the Crash. It was during an event at the Cartier Sydney boutique and there was a discussion between a guest and Benjamin (then) of Cartier Australia, who even brought out an auction catalogue containing a vintage Crash.

Fast forward a number of years to SIHH 2015 and the Cartier press session where, to our delight and surprise, we saw Benjamin, now involved in watchmaking alongisde Carole Forestier-Kasapi. It was only fitting that he was the one to show our table the new Crash models..

First introduced in 1967 by Cartier London, it was in production for two decades then reissued in a limited edition in 1991 and then subsequently in some specific pieces. I still find its origins somewhat perplexing. The story is that a Cartier London Vice President was involved in a fatal car crash. At the time he was wearing a model called the Bagnoire Allongée, which has an elongated oval form. Not unexpectedly, the heat warped the watch as well as the poor driver. As an homage to their deceased colleague, the Crash design was born. I’m not entirely sure I can see a similarly risky tribute occurring now.

The new Crash Skeleton slightly larger than the original, which was 39mm x 19mm at its widest point. This new skeletonised version is 45.32mm by 28.15mm, in a platinum case. This is a big watch, but if you’re going to wear a Crash your wrist is going to be noticed, so don’t be a wallflower about it. 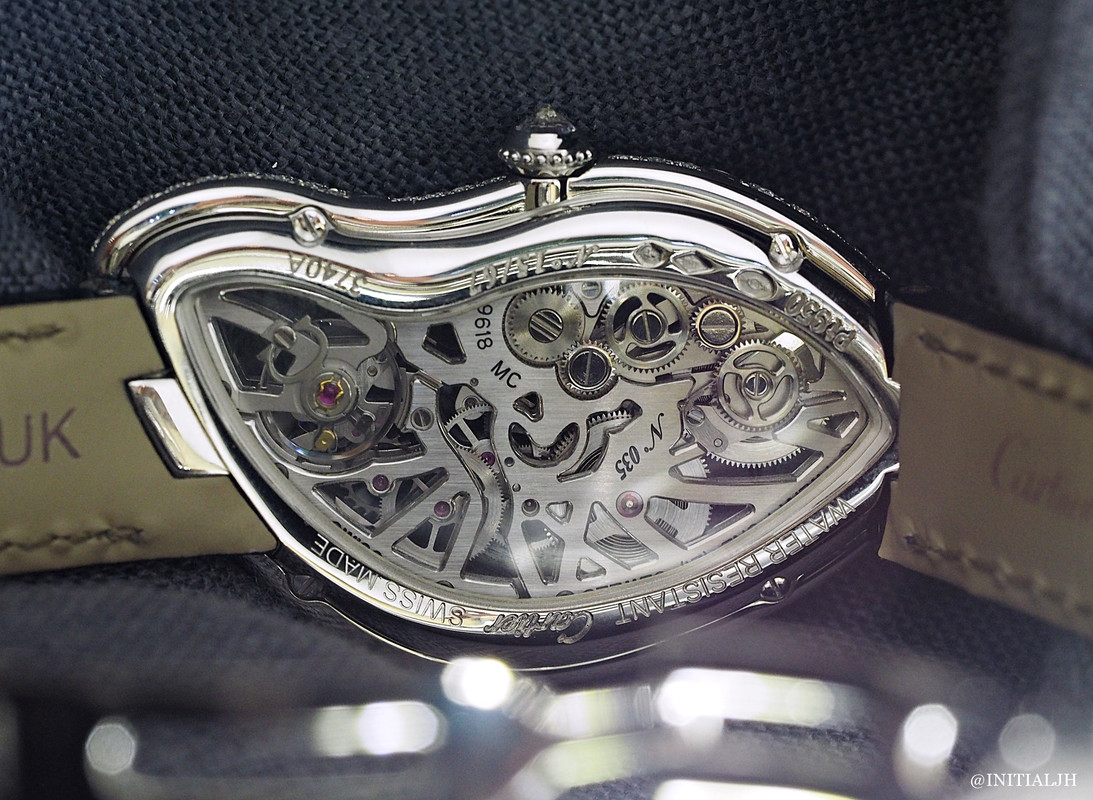 The skeletonised movement that is impressively shaped to the curves of this new piece is the Calibre 9618 MC. You will notice that the skeletonisation includes the Roman numerals also being a part of the movement’s base plate. The movement itself has three days of power reserve, and beats at 28,800 VPH. Cartier trademarks such as the blued hands and cabuchon in the crown are, of course, present. 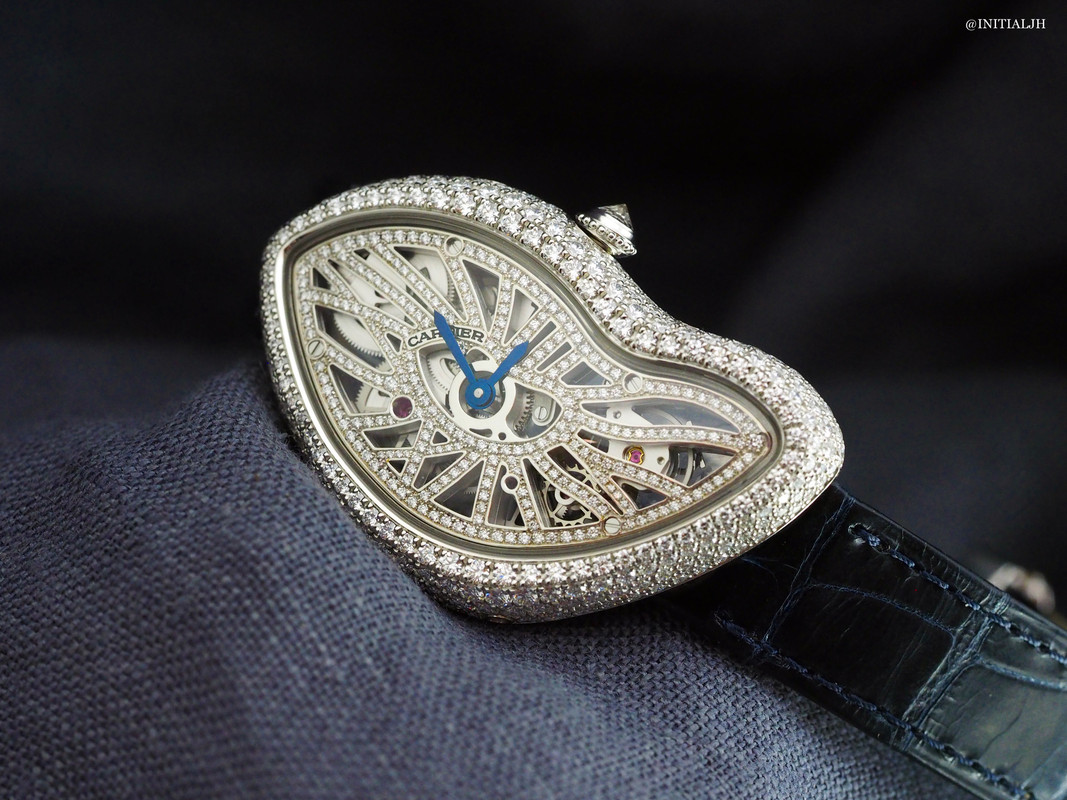