The Maison of Blancpain, whose Villeret Collection is both one of its core strengths and yet still, so much under the radar of many, recently added a new piece to the collection – the ‘Volant Une Minute 12 Jours’, aka the 12 Day One Minute Flying Tourbillon.

A double-stepped 42mm case of 11.65 thickness, the white grand feu enamel dial with painted Roman numerals and open-worked leaf hands is pure Villeret, by which I mean that even if you took the branding off, it would be recognisable as being part of this collection.

What is special about this new watch is the movement – the automatic Calibre 242 with a diametre of 30.6mm, thickness of 6.10mm and, as the model name indicates, a whopping twelve day/ 288 hour power reserve. For Blancpain, this watch is seen as a progression on their 1998 Calibre 25, which was an automatic tourbillon with an eight day power reserve.

In terms of the Calibre 242 used in this new piece, the oscillating weight is openworked, and the bridges and power-reserve disc hand guillochéd. 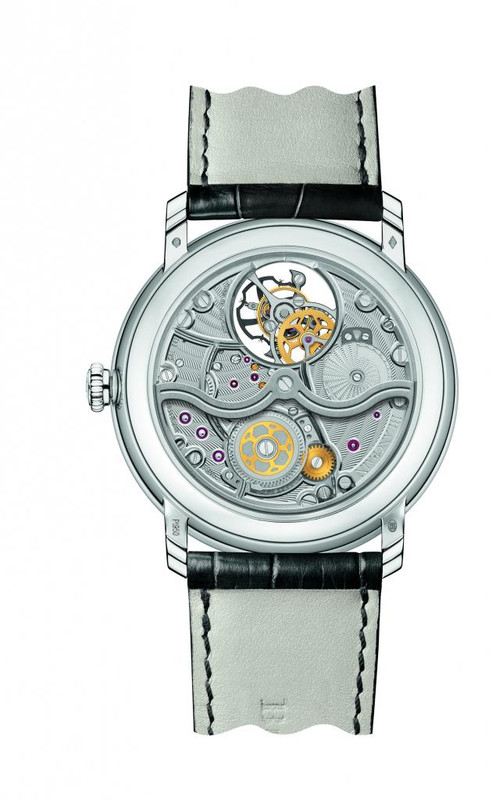 The flying tourbillon, which rotates once a minute, is both large and prominently placed at 12 o’ clock. It is easy nowadays, when every second watch brand seems to have produced a tourbillon at some point as a proof of technical prowess, to forget that this is a very special complication. For those arriving at this post by accident (i.e. non watch people), the tourbillon was developed c.1795 by watchmaker Abraham-Louis Breguet with the goal of counteracting the effects of gravity on a watch’s accuracy (due to positional changes) by mounting the escapement and balance wheel in a rotating cage.

A flying tourbillon is a variation wherein rather than being supported by a bridge or cock at both the top and bottom, the tourbillon is cantilevered, being only supported from one side. The first Flying Tourbillon was designed by Alfred Helwig, instructor at the German School of Watchmaking, in 1920.

This new Villeret 12 Day Flying Tourbillon is available in 18 carat red gold with an RRP of 119,000 CHF or a numbered platinum limited edition at CHF 139,000.