Sometimes it seems that Bremont is pretty much as ‘British’ as they can possibly be, as military-aligned as they can be. Whether it is special editions for airforce squadrons, their links with Martin Baker or their ‘Victory’ watch, their enthusiasm and support of the British armed forces and military history seems deep and enduring. The Codebreaker watch, released last year and which I had the opportunity to look at during a visit to the Bremont boutique on South Audley St in Mayfair earlier this year, is another in the increasingly close ties developing between the English brothers and their country’s military establishment.

Bletchley Park, now run by the Bletchley Park Trust, is a place whose fame is widespread beyond English shores, and such a point of public interest that it has been a rich source of inspiration for books, films and television. For those who are not familiar with Bletchley’s significance, the name of this limited edition Bremont watch provides a clue.

Bletchley played a critical role in British history. During WWII it was converted into a codebreaking factory and became the site of the United Kingdom’s main decryption establishment – the Government Code and Cipher School (GC&CS), where ciphers and codes were decrypted, most famously the ciphers generated by the German Enigma and Lorenz machines. It is said that the work of the thousands who worked there helped shorten the war by two years, not to mention their crucial role in saving British and Allied military and civilian lives.

The ‘Codebreaker’ incorporates historical artefacts associated with Bletchley Park, and a percentage of its proceeds go towards the ongoing restoration of Bletchley. You may recall that similarly, a part of the proceeds of the (also limited edition) Victory watch also went towards restoration, in that case the HMS Victory/ the National Museum of the Royal Navy. 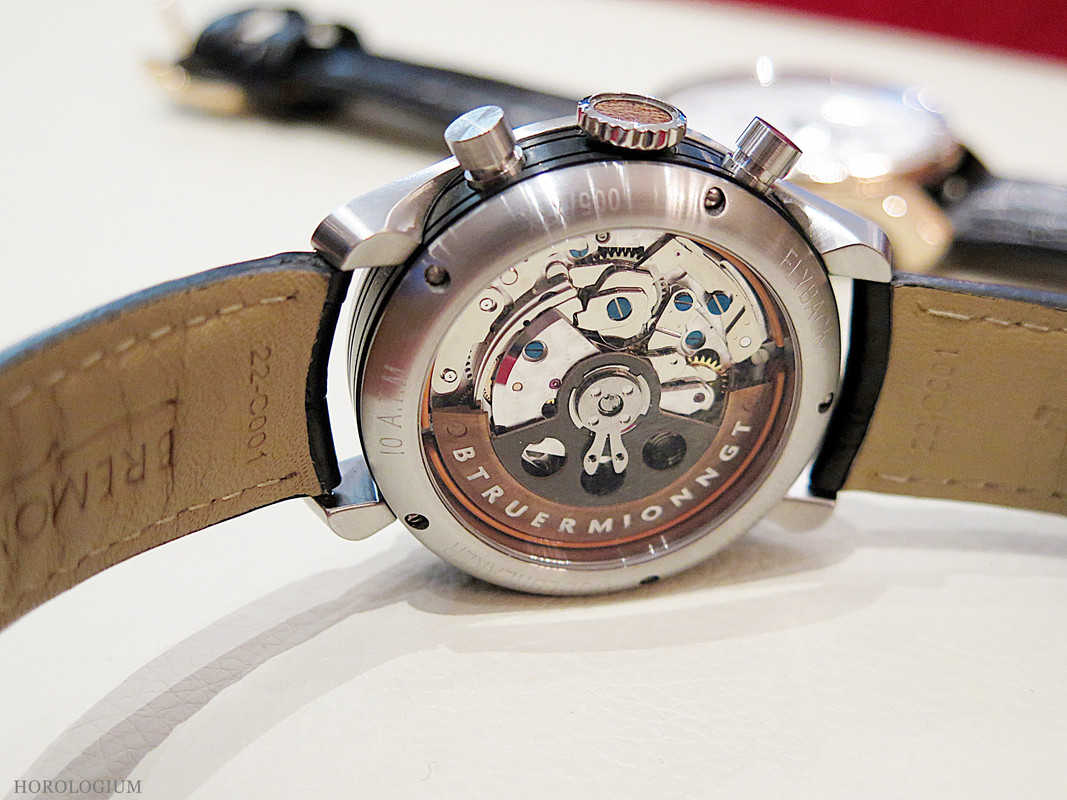 The ‘Codebreaker’ is a flyback chronograph GMT, using a heavily modified automatic Valjoux 7750 called the BE-83AR. Bremont has added a GMT function as well as the flyback function, and the traditional location of the chronograph sub dials of the 7750 have also been altered, with the Codebreaker’s 30-minute counter and 60 seconds counter sub dials at 4:30 and 7:30. Power reserve is 46 hours.

The historical artefacts that have been incorporated into the watch include pine from Hut 6 (the centre of the operations to decrypt the German Wehrmacht and Luftwaffe Enigma ciphers) which has been inlaid into the crown, and paper from some of the few remaining punched cards (used to analyse the coded data created from the daily Enigma communications), which has been used to form each piece’s individual serial number on the side of the case.

Part of the rotor of the Codebreaker is made from the wheel of an original Enigma machine, its design inspiration deriving from the drums of Alan (the father of modern computing) Turing’s ‘Bombe’ machine (refined by Gordon Welchman in 1940), which was created to speed up the code-breaking process and first installed in 1940 in Hut One. The unusual name of the ‘Bombe’ derives from a device that had been developed by Polish mathematicians and cryptologists in 1938, and known as the “cryptologic bomb” (from the Polish ‘bomba kryptologiczna’). The Enigma machine was capable of roughly 158 trillion possible settings, each generating a different code. 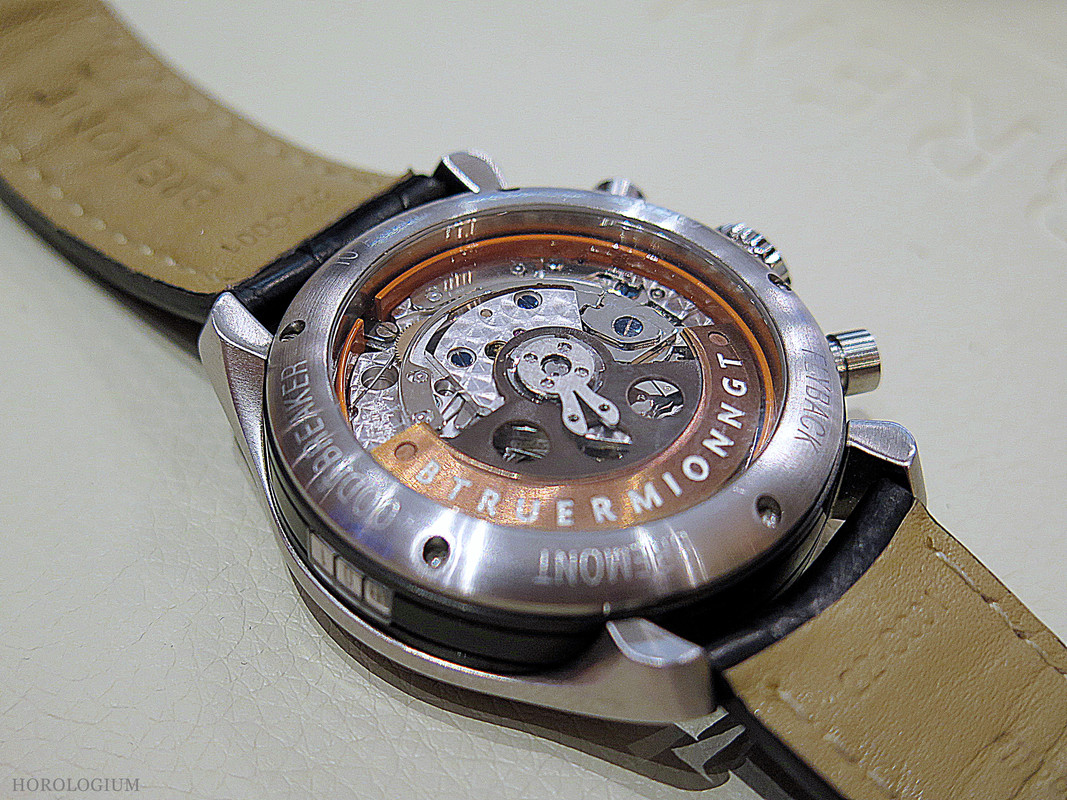 Just as they managed to charm their way into parts of the Victory, so too Giles and Nick charmed their way into convincing the Bletchley Park Trust to give them the pine and more importantly, the precious punched cards, of which they have five out of the very few remaining cards owned by the Trust. For those not old enough to remember punched cards, they were the means by which early computers were programmed (and in fact were still used until the 1980s) and data entered, but as with so many things, they were seen purely as functional and mass produced, and their historical interest was not considered within the context of keeping more of them in the archives.

Quite apart from the historical interest associated with the Codebreaker, at 43mm and 15mm high it is comfortable to wear, with a solid good quality construction, and especially in the rose gold version, more dressy than most of the other watches in the Bremont range. To look at it is quite conservative, the Bletchley aspects are discreet and either known only to the wearer, or to other watch folk. In line with the brand’s ethos, it is functional, the dial clear and easy to read, especially the red-arrowed GMT indicator, and not showy. Although you cannot tell from these photos, the dial is etched metal and the hands, treated brass.

The Codebreaker is in a limited edition of two hundred and forty pieces in stainless steel, and forty in rose gold. For readers in Australia, enquiries are via your nearest Australian Bremont authorised dealer.

If you are interested in learning more about the work of Turing and Bletchley Park, here’s a short documentary for your viewing pleasure.