Since its launch a decade ago, Girard-Perregaux’s signature Cat’s Eye collection has managed to forge a strong identity and popularity as part of their women’s collection with its myriad of iterations providing plenty of options. In this, its ten year anniversary, there is a special anniversary model.

Thse rather elegant new Cat’s Eye Anniversary watches celebrate the collection’s ten years with two different dials, both covered with a shimmering asymmetric design of bejewelled rays. Each teardrop-shaped stone points outwards, and the overall effect is somewhat like an explosion of fireworks or alternatively, abstract peacock, perhaps? 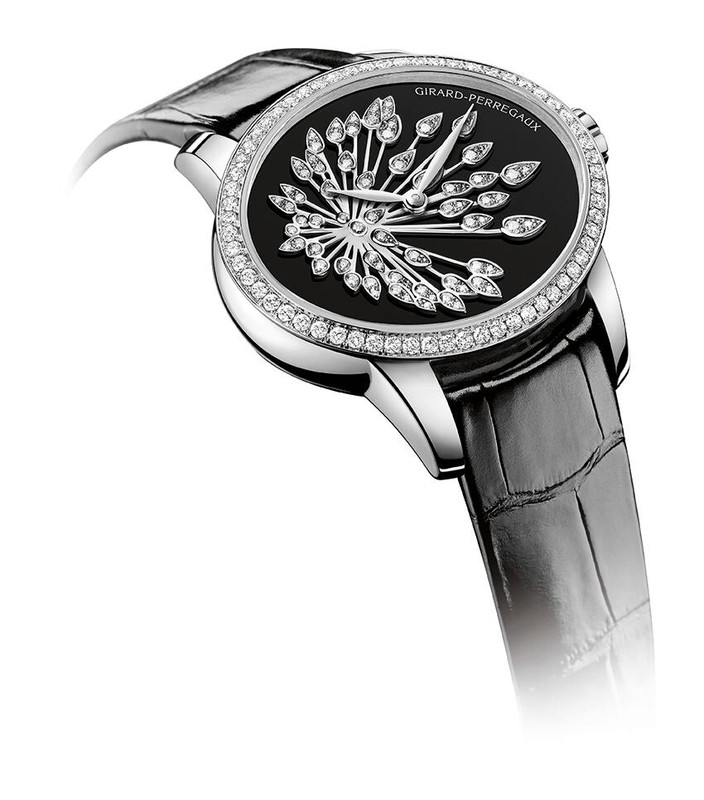 The black version features a hand-polished onyx dial and seventy-three brilliant-cut diamonds, where as in the opaline version, the rays are on a dial of hand-polished white mother-of-pearl that has been dyed gray and featuring seventy-three pink/ red sapphires of varying hues. Both anniversary pieces feature domed leaf-shaped hands. 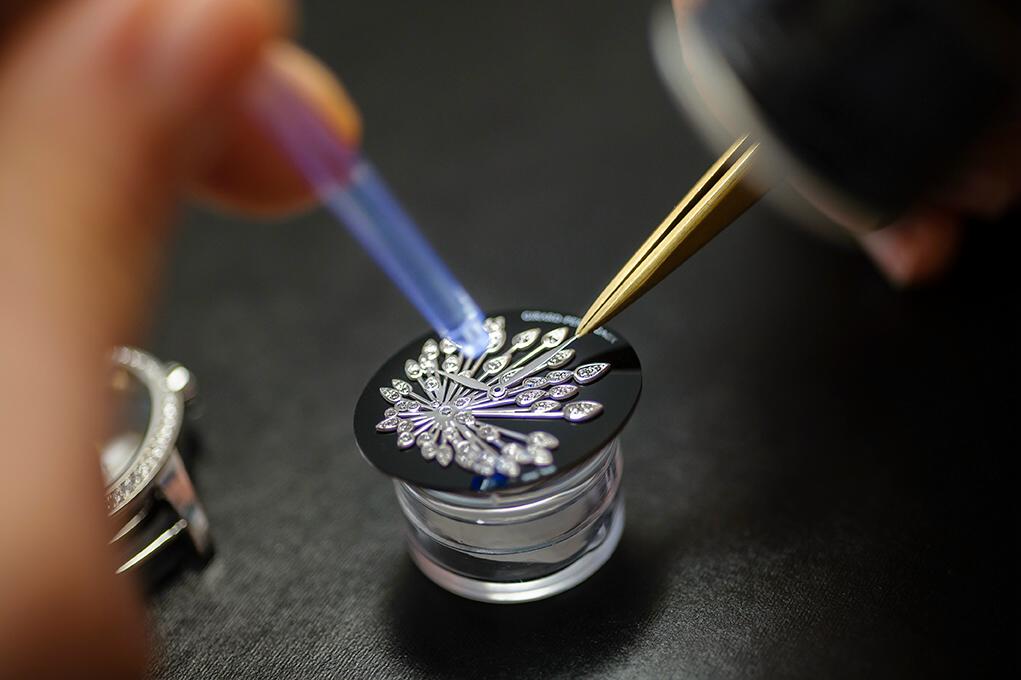 As for the case itself, it is in white gold measuring 35.44mm x 30.44mm, with sixty-two brilliant-cut diamonds set in the bezel and an open case back with an engraved ‘10th Anniversary’ and showing off the automatic GP03300 Manufacture movement with pink gold oscillating weight and 46 hours of power reserve. The black Anniversary watch comes on a black alligator strap and the opaline one, a garnet strap.