During ‘Geneva week’ before the start of SIHH 2014 we visited a couple of brands, of which De Bethune was the first. As it was also the brand that I first visited during my inaugural ‘Geneva week’ in 2013 it felt right to start once again, with them. I had already seen a press photo of one of the two pieces they were presenting as ‘novelties’ during this week, but this is the first, the one that I’d not been expecting.

The Dream Machine 5 is the latest in the Dream Machine series for which De Bethune perhaps most memorably created the Dream Machine 4, a 12-piece LE ‘spaceship-inspired’ titanium iPhone shield with a blued titanium sky containing gold and diamond stars and silvered hour and minute disks. This new Machine is, in fact, seen as a combination of the first and fourth Dream Machines. One might not at first glance think that it looks like a De Bethune, but the tell-tale signs are there. 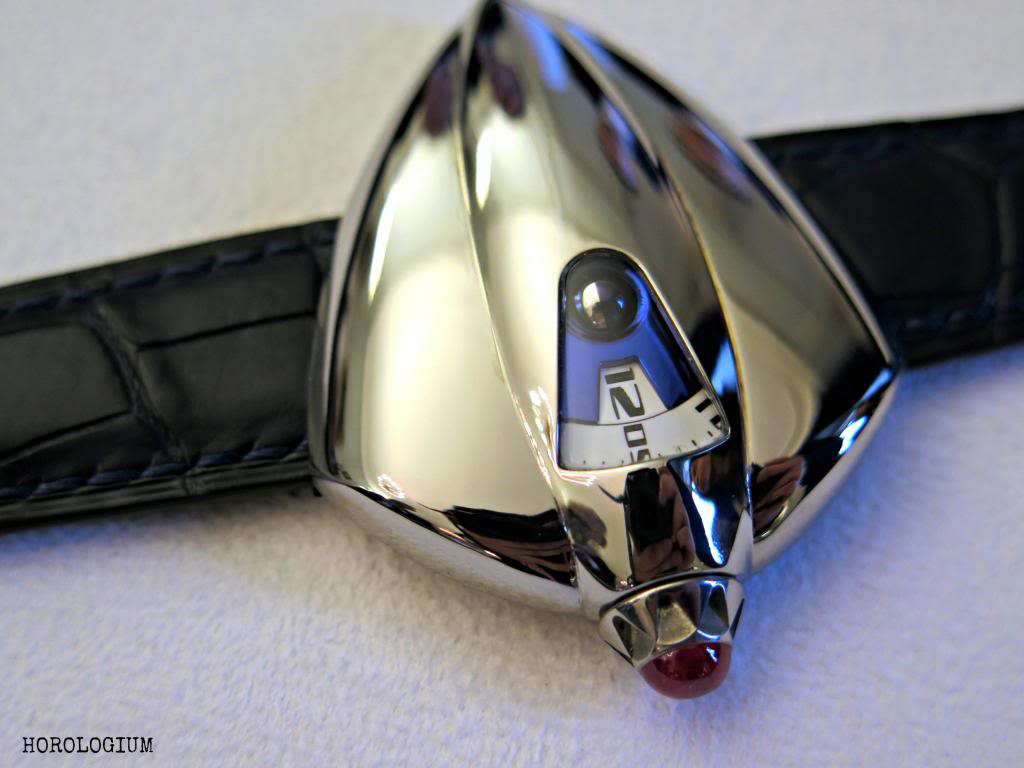 As you can see from the photos, its surface is highly reflective. That’s because its 49mm x 39mm x 11mm case is mirror-polished grade 5 titanium. With its jump hour at 3 o’clock in polished blued grade 5 titanium, minutes disc and the signature De Bethune moonphase indicator (the small globe), this is both futuristic and retro. In a way it reminds me of 1950s and 1960s (especially Hollywood) notions of what future technology might look like. The one carat cabochon-cut ruby in the crown adds a great dash of colour and contrast to the case. 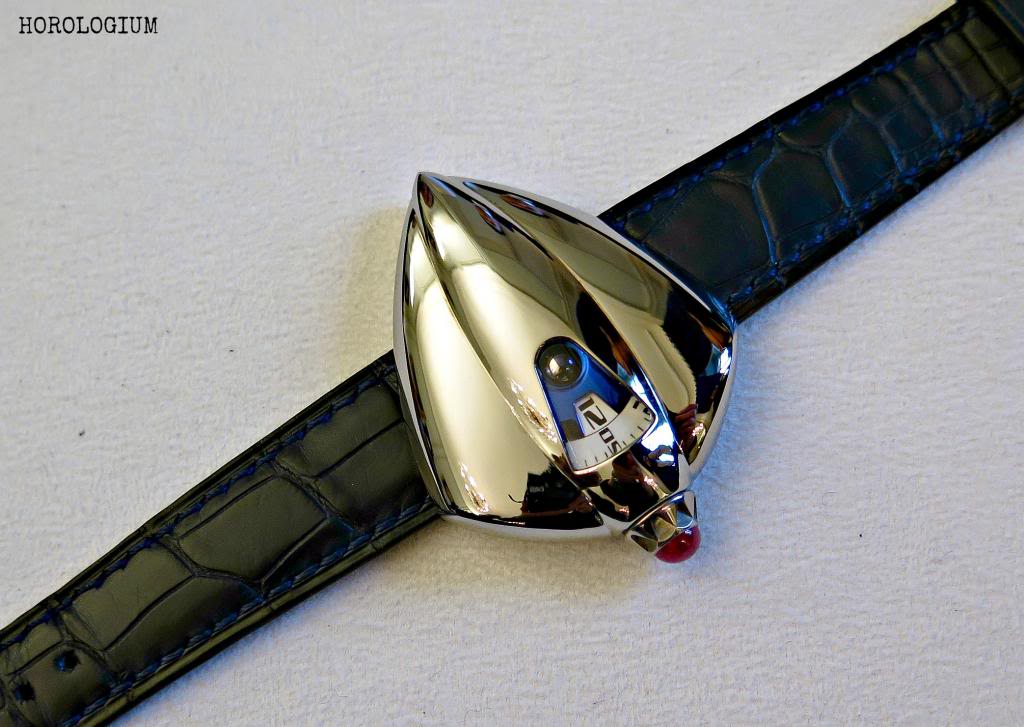 Inside the number 5 is the manual wind DB calibre 2144, which has 329 components including a palladium balance wheel, and five days of power reserve.