Of course it would only be a matter of time before a chronograph version appeared, and today Horologium brings you an early look at the new models, which are scheduled to be formally launched and released in 2014. 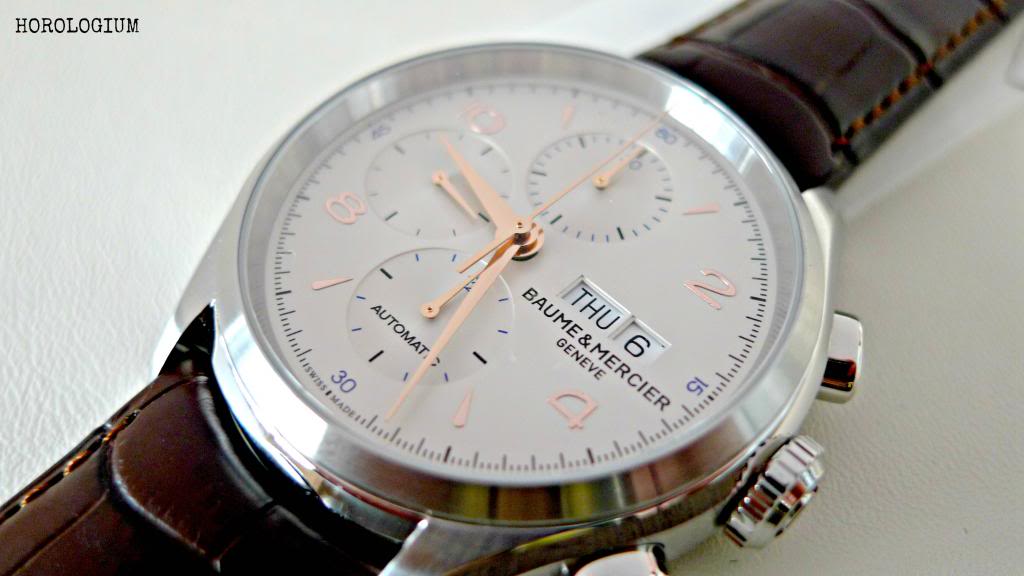 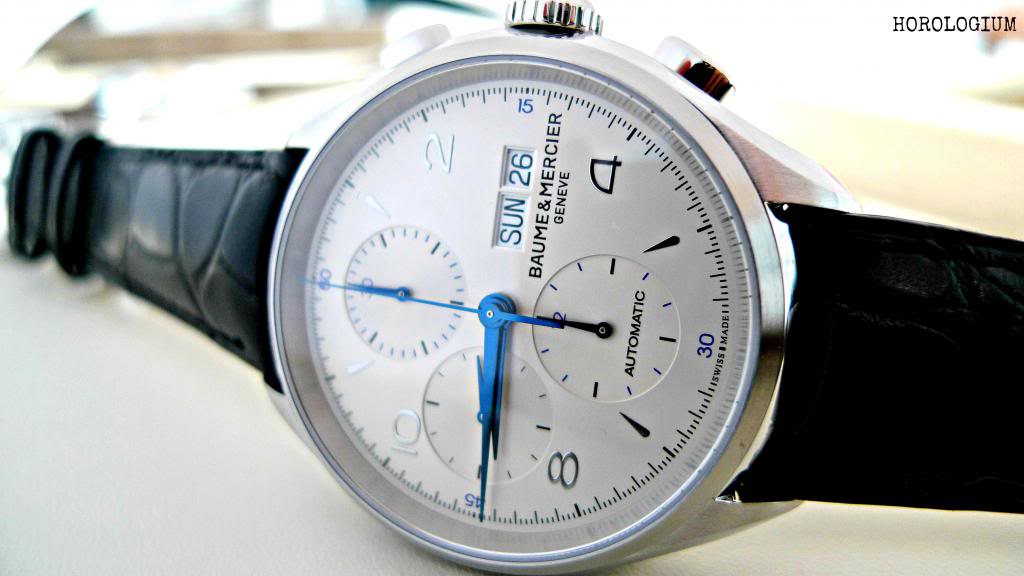 All three models are a combination of polished and satin-finished steel in a 43mm case with 14.95mm thickness. They have anti-reflective crystal and an open case back through which you can see the ever reliable and popular automatic 7750 movement with a power reserve of 48 hours. 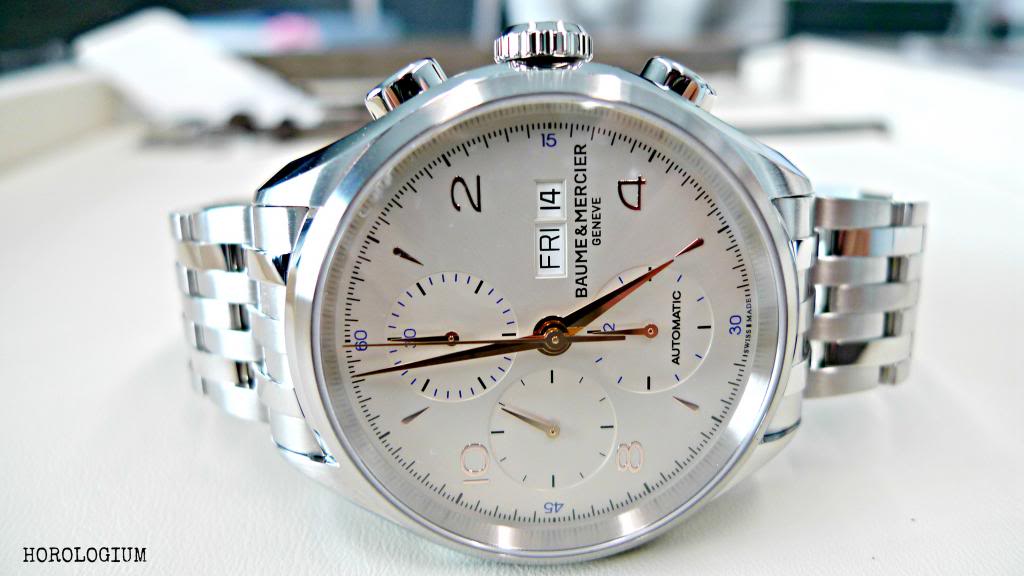 The dial is a nice even visual balance of day, date (added to the 7750), chronograph, and a small seconds sub dial at 9’oclock. Its classically looks are a natural extension of the 2013 Clifton models which have been warmly received since their launch. All the Clifton pieces are traditionally styled watches sized for today’s audience. They are intended not to be faddish fashion purchases but as elegant watches with more staying power. 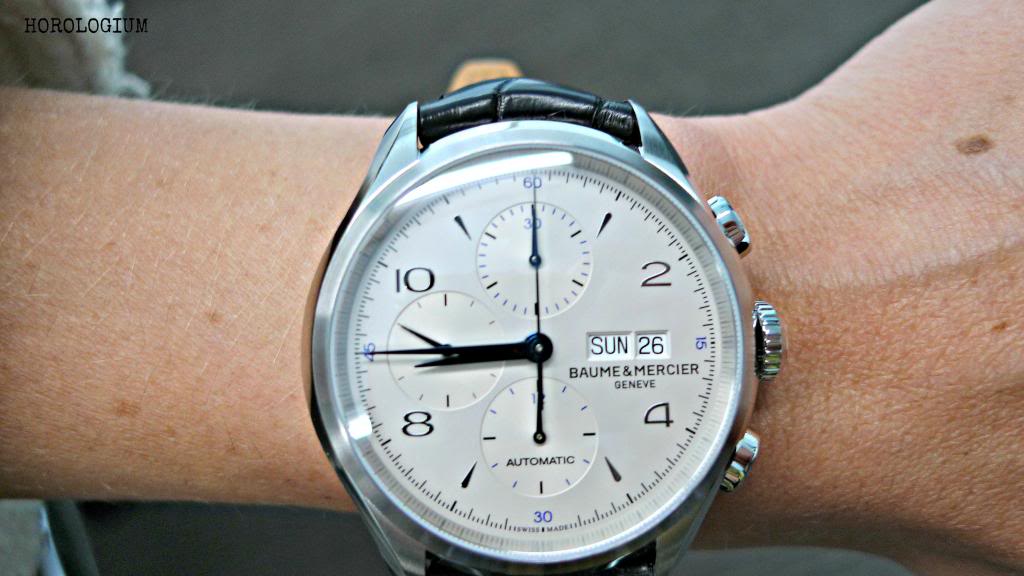 For those looking specifically at getting a watch from Baume et Mercier, either for yourself or as a gift (the brand has a strong history of being a watch that is popular to give to others), these new Clifton models also provide a new chronograph option to consider apart from the existing Capeland series.