Parmigiani’s Transforma collection is as the name describes – watches that can ‘transform’; in their case, into a wristwatch, pocket watch or small table clock, the final transformation courtesy of the watch winder/ presentation case. The Transforma CBF (Confederação Brasileira de Futebol) that is the subject of today’s post, one of the pieces commemorating the relationship between Parmigiani and the Brazilian Football Confederation, is a convertible set that includes two watch heads: a chronograph and an annual calendar.

Both the 43mm (12.76mm thick) wristwatch and pocket watch parts are equipped with quick-release stainless steel holders to allow for these transformations. On the wristwatch, the holder is released by depressing two side pushers positioned on the lower lugs. On the pocket watch, the holder is released by depressing the two side pushers on the upper lugs. 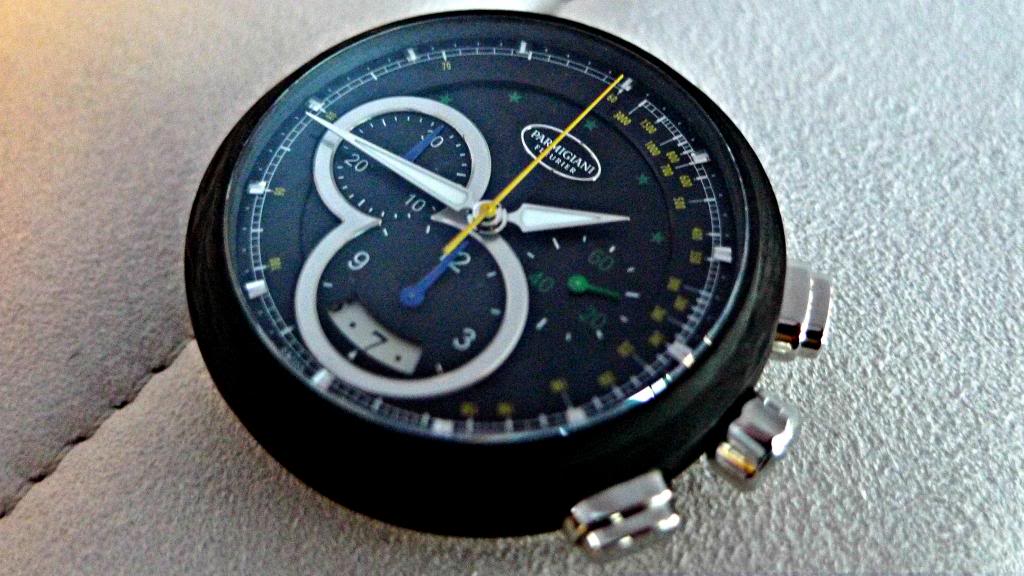 The first ‘head’ is a sporty chronograph contained within a three part carbon and polished stainless steel case, with a graphite-plated galvanic black dial bearing the three CBF colours in on the chronograph counter hands and the numerals around the tachymeter. Inside is the automatic Calibre PF334 with Côtes de Genève, with a power reserve of 50 hours. 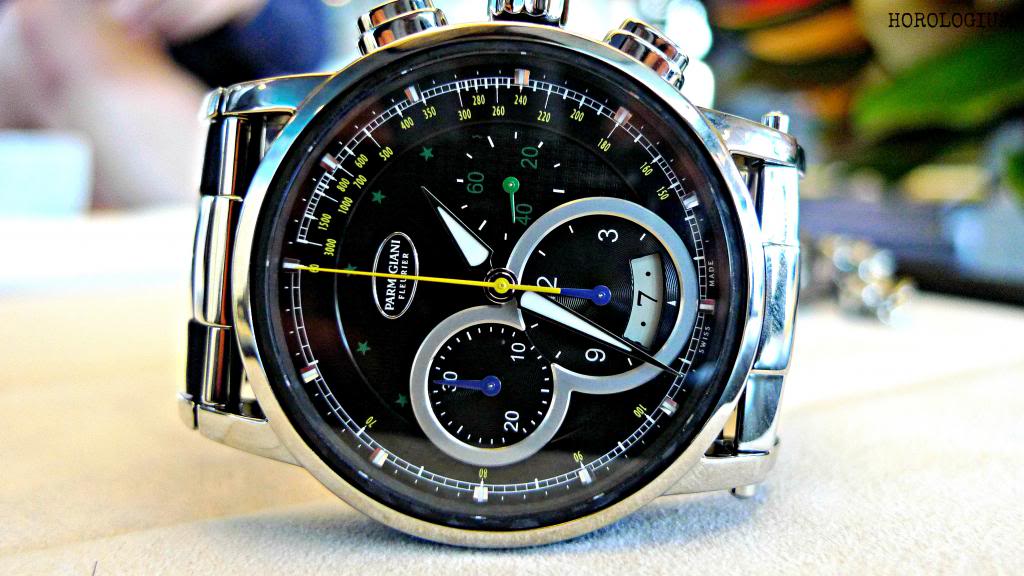 The CBF’s five green stars are found in a half circle on the edge of the top half of the dial. The dial’s outer edge is satin-finished and its inner guillochéd. The chronograph sub dials (30-minute counter at 9 o’clock and 12-hour counter at 6 o’clock) have a circular snail pattern. The small seconds are printed in green at 3 o’clock, the date window integrated into the sub dial at 6 o’clock, and the 30-minute counter is at 9 o’clock. The hands are lumed. 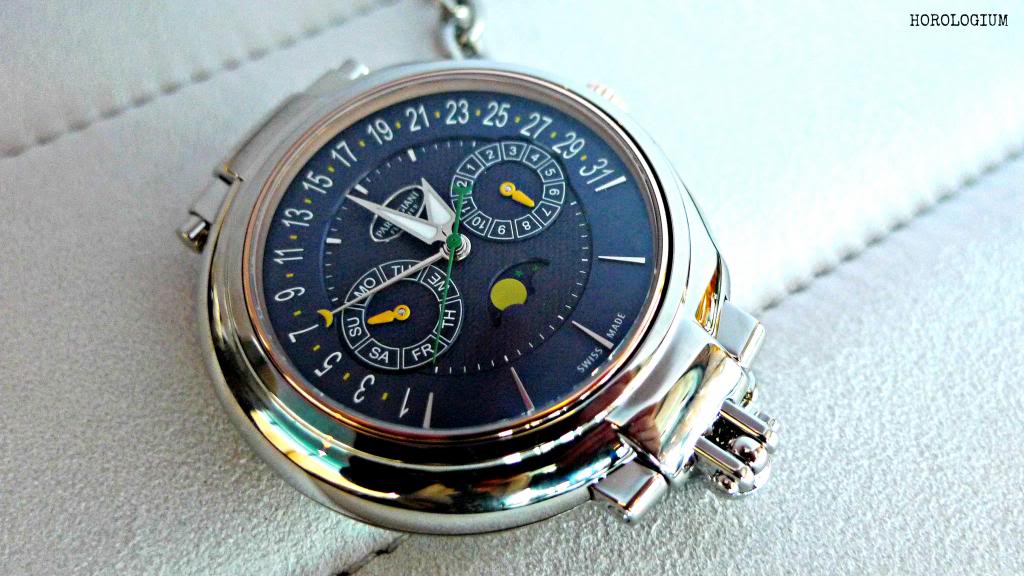 The other Transforma CBF watch head for this set is an annual calendar. Inside is the Parmigiani’s Caliber PF339. The dial is blue, a CBF colour reference, indices are rhodium, and it has a barley-grain guilloché finishing in the centre, with an opaline outer area. The hands are also lumed. 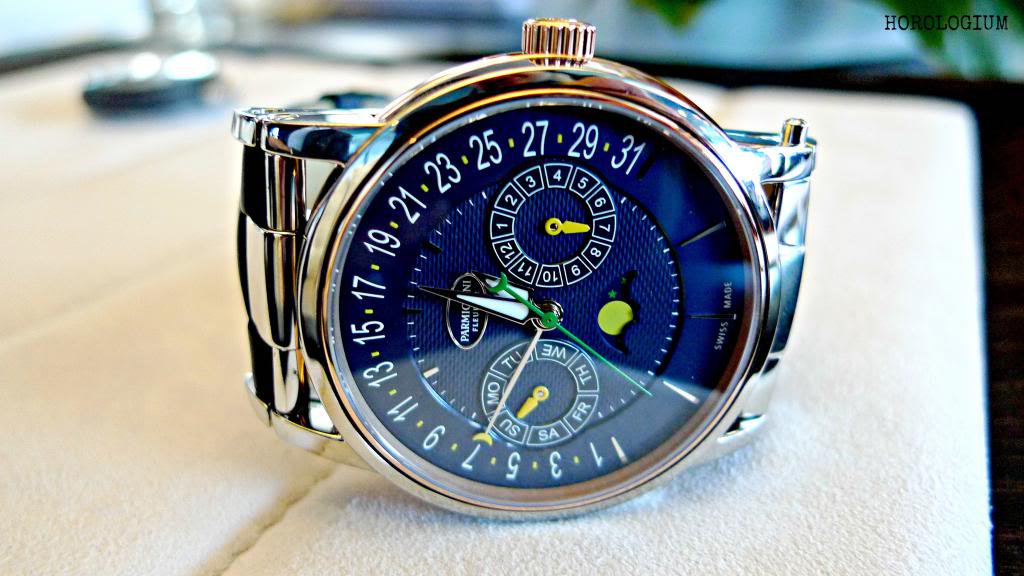 On the annual calendar, the five green CBF stars can be found on the lunar disc of the moon-phase display at 6 o’clock, the moon itself in the CBF yellow. As an annual calendar, with the date display in retrograde form, the watch needs correction only each February, with the leap year exception. The moon-phase function needs adjustment only once every 120 years, and the moon phase also discreetly shows the CBF’s five stars on the moon disc. The day is indicated on the sub dial at 9 o’clock and the month via the 3 o’clock sub dial. The annual calendar features a three-part red gold case that houses the manufacture Calibre PF 339 automatic movement. 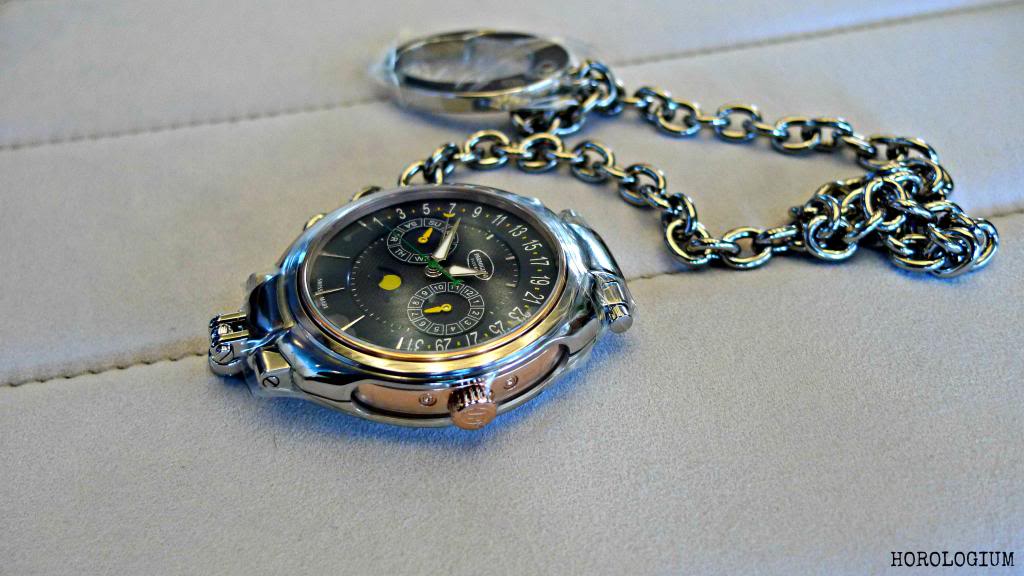 When the pocket watch case contains the annual calendar there it becomes a bi-metal piece, with the watch head’s rose gold edge providing an interesting and discreet contrast.

The Transformas all feature a case back with individual numbering and the engraved words ‘Confederaçåo Brasiliera de Futebol’, but it is the discreet use of the CBF’s colours on the dials, obvious only to those who know, that is one of its aesthetic strengths. The finishing of the dials is particularly notable on the annual calendar, with the beautiful blue textured dial. 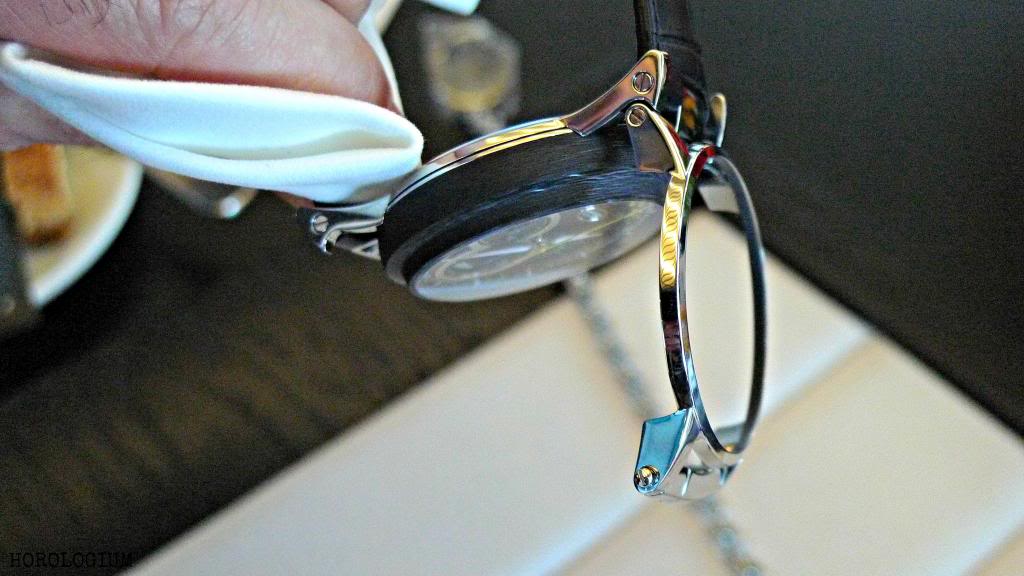 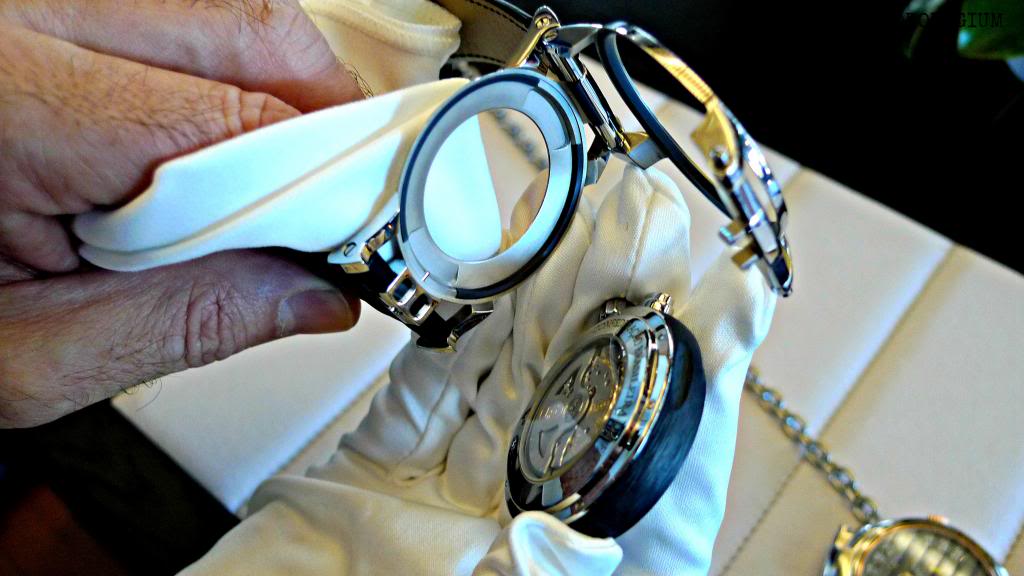 There is fun to be had in swapping and changing cases and heads according to what you feel like wearing on the day, and at a price of 56,900 EUR, that’s a lot of timepieces for the money. In Australia, Parmigiani are available exclusively at The Hour Glass.