It started with a pocket watch.

The three gold bridges movement has been an enduring feature of Girard-Perregaux’s high-end timepieces since Constant Girard’s obsession with the tourbillon lead to the production of his ‘tourbillon with three nickel bridges’ pocket watch. It was presented to the Neuchâtel Observatory in 1867 but his final three bridges design was not patented until 1884. In 1889 his decades of work lead to his receipt of a gold medal for his tourbillon with three bridges at the Paris Universal Exhibition. 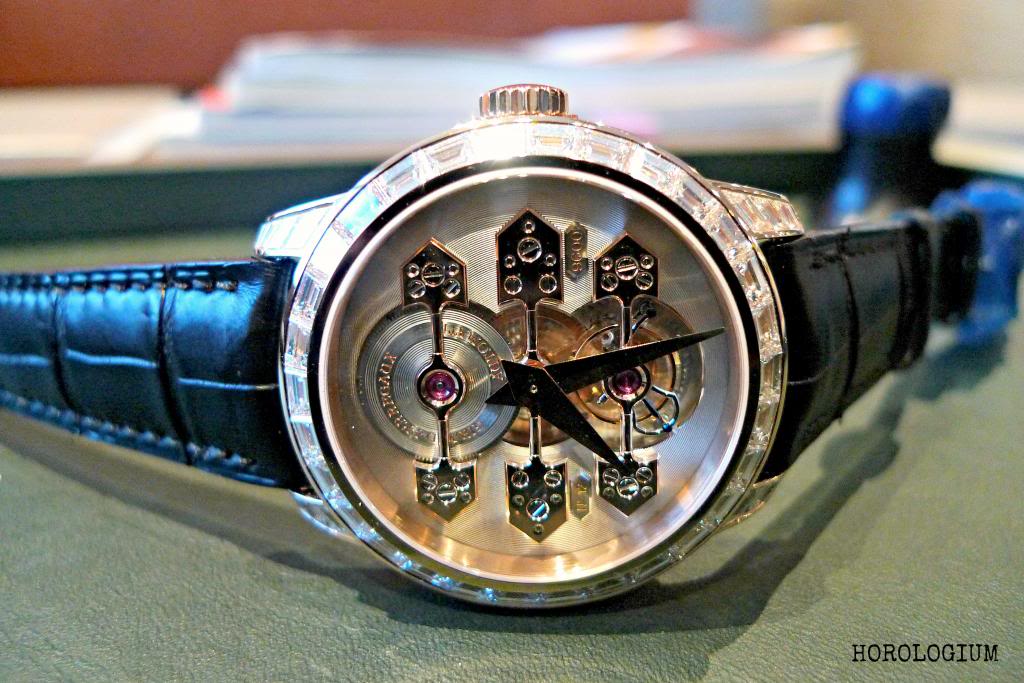 In a limited number of a mere 18 pieces of which only a few are left, with two more pieces to be produced this year, I recently had the opportunity to handle one of the eighteen in Sydney.

The jewelled Three Bridges is a pink 5N18 gold 41mm case with a thickness of 11.10mm. It is a mid-sized watch, but the thickness means that there is a certain physical heft to it. Nonetheless, it is surprisingly light, though perhaps this a relative term. In this instance, by ‘light’ I mean that the physical presence may be pronounced, but the weight when on the wrist, is comfortable and not heavy. 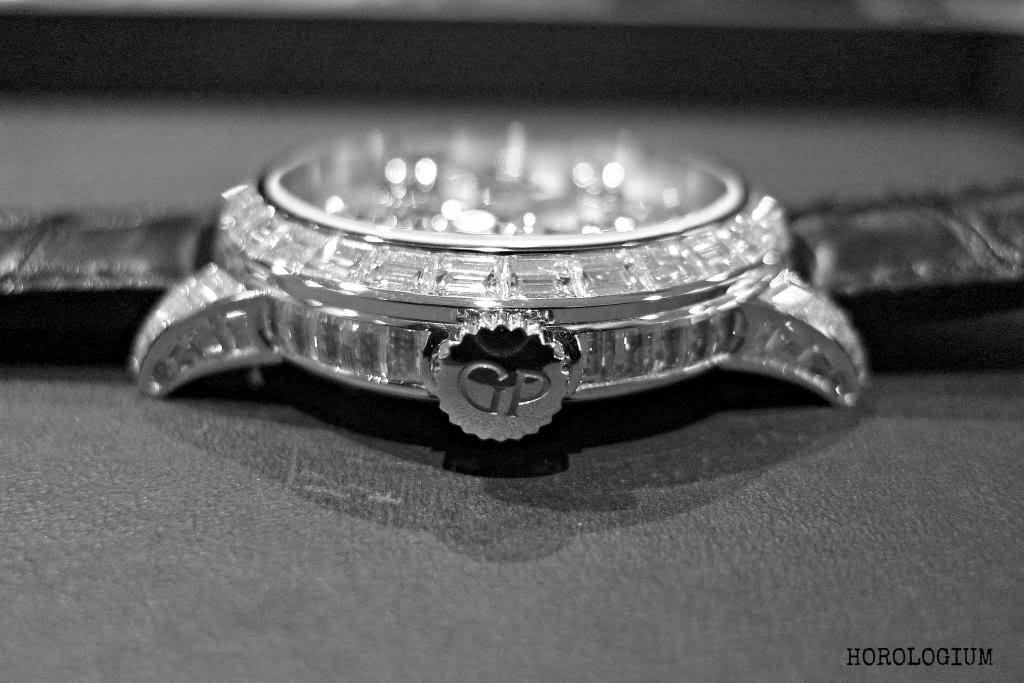 Although this is a pink gold cased watch there are in fact two metals used. The eponymous three bridges are made from pink gold but against a contrasting rhodium-plated hand-applied guillochéd backdrop base plate. The 72-piece hand polished tourbillon (which doubles as a small seconds indicator) is also pink gold, as are the polished hour and minute hands. The bezel is set with 88 baguette-cut diamonds with a total of 11.7cts, and this is picked up also in the strap, whose pink gold buckle is set with 18 diamonds with a total of 0.20cts. 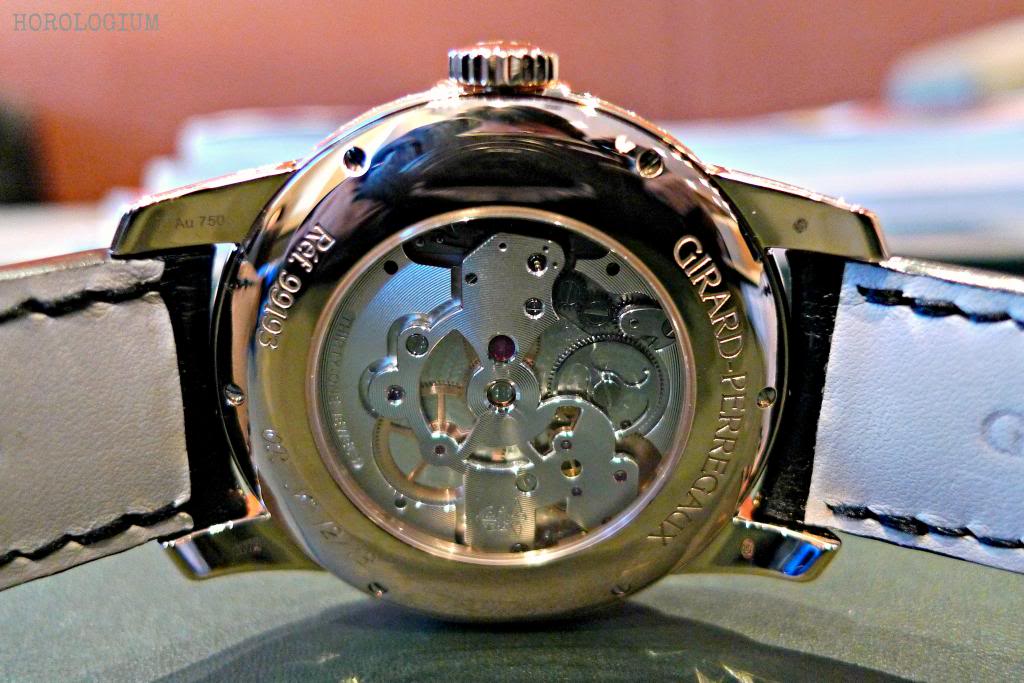 Inside is Girard-Perregaux’’s automatic Cal. GP9600 consisting of 258 components with a platinum oscillating weight and rhodium-plated hand decorated movement decoration. It is 32mm in diameter and 6.26mm in height with a frequency of 21,600VPH and a power reserve of 48 hours.

This is ‘statement piece’ watch, both because it is an example of Girard-Perregaux’s emblematic ‘three bridges’ design and because with 88 baguette diamonds, it’s hard not to be. It’s not a watch for a shrinking violet, but haute horlogerie timepieces often aren’t. As I was taking these photos under artificial rather than natural light unfortunately I haven’t done full justice to the warm pink gold case of this piece. 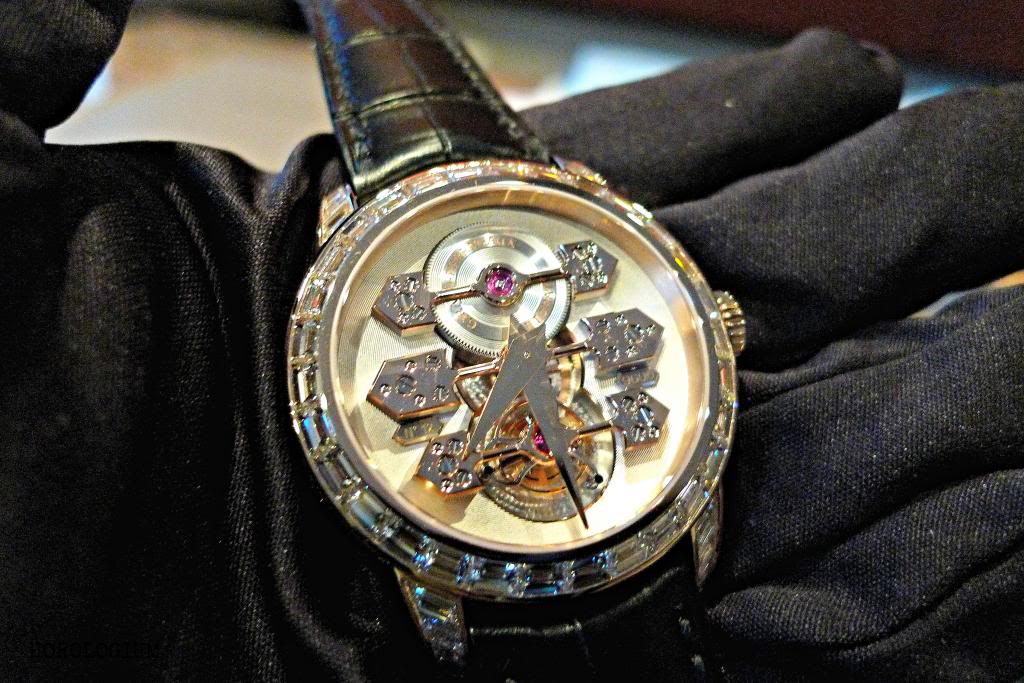 The price? In Australia, the RRP is AUD 470,660. If this is a bit of a strain on your wallet there is a version without diamonds which is also in a limited edition of fifty.