Omega’s Ladymatic Collection and some thoughts on women’s watches

With men’s watches so dominant in the watch industry it is easy for women’s watches to be an afterthought. Men are the major market/ consumers of watches after all, especially in the ‘luxury’ area. There are, however, an increasing number of women who, for a myriad of reasons (including design, size and yes, movements), eschew women’s watches in favour of the wider range provided by men’s timepieces.

I have long been of the view that women’s watches are an under-explored and unexploited part of the market. To cite a recent ‘real life’ example I was given by a watch enthusiast looking at buying a watch for his non-enthusiast wife, if you are looking for something mechanical, of decent quality, not a ‘fashion watch’, with a versatile classic design that will be able to worn for not only a long period but also for a range of occasions and 30-35mm in size, the options are nowhere as great as if you are looking for the same requirements in a men’s watch, albeit in a larger size.

The watch that my acquaintance has decided upon (pending agreement by his wife) is a steel version of the Omega Ladymatic, the most recent range launch of which was attended a few months ago by brand ambassador and ‘face of Ladymatic’ Nicole Kidman. The Ladymatics, launched in 2010, are Omega’s first fully mechanical women’s collection, with the name taken from a historical (1955) model which was one of their first automatic watches designed for women.

The collection had its origins in 2008 when Nick Hayek Jr made the decision to create a new watch design for women using the Calibre 8520/ 8521 co-axial movements. The Ladymatic is about taking women’s watches seriously from a movement point of view, and each of them is also an officially certified chronometer. 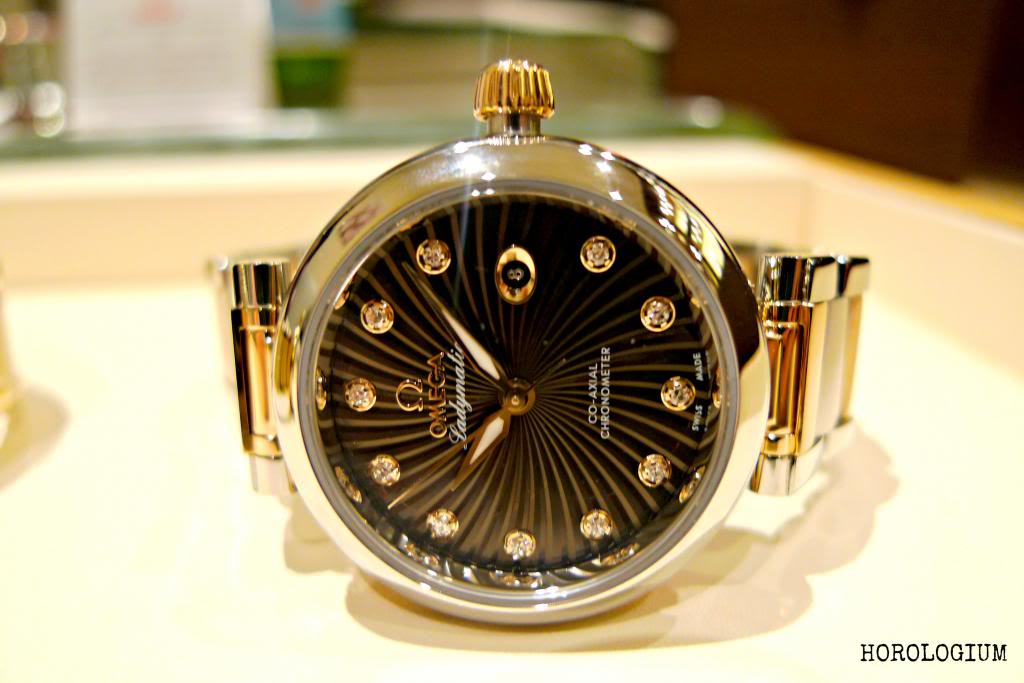 2013’s new models consist of a new range of materials and colour, including a new bi-metal of steel and gold with a range of dial colours, and a new leather satin-brushed strap. All Ladymatics are in a 34mm case in red or yellow gold, stainless steel or the aforementioned bi-metal. They have a unifying dial theme of a swirling supernova pattern  and also a date window across the models.

When I saw these vintage Speedmasters there were also a few Ladymatic models around, so here are some photos about three quite different versions.

First is the bi-metal steel and red gold model, which has a brown dial with diamonds and a transparent case back through which to view the 8520 co-axial movement with a 50 hour power reserve.

Secondly we have the yellow gold version on a bracelet with a black dial, also with diamonds in the markers. 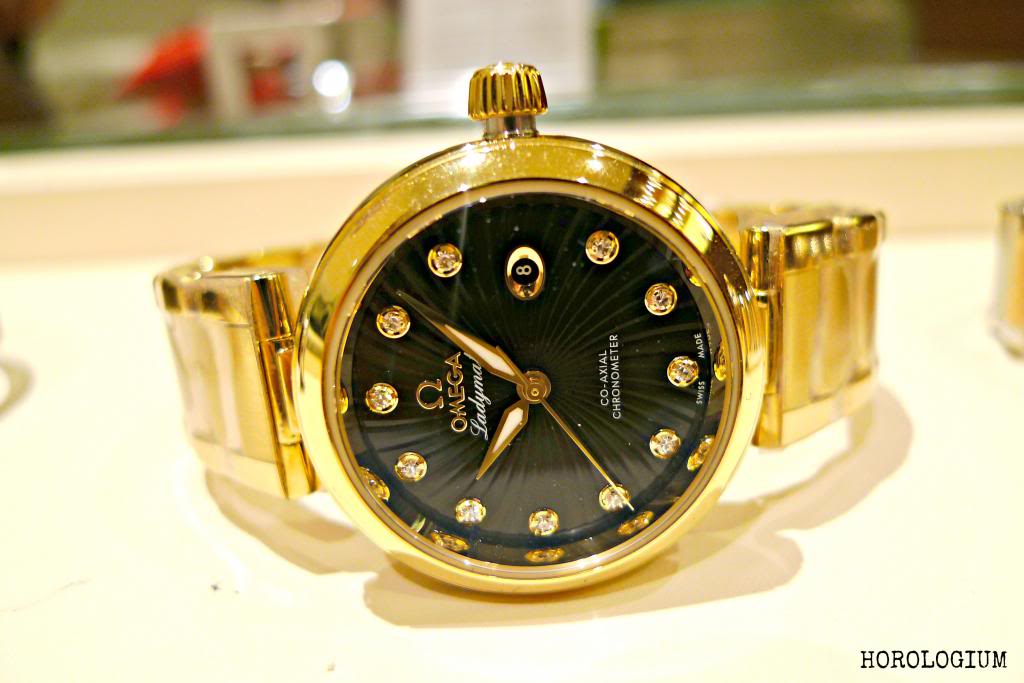 The final model is a stainless steel version on a leather strap. The specs are the same but this one has a grey dial and diamond bezel. It’s not too small, elegant and dressy but not too much so. My favourite of these three Ladymatics. 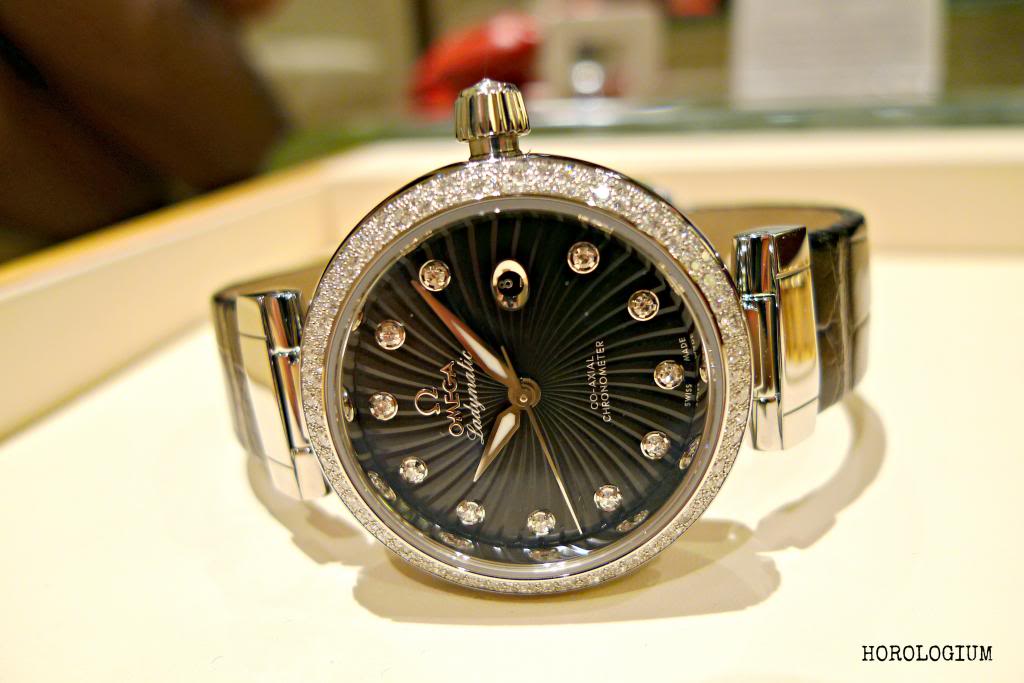 At 34mm they are comfortably sized for a most women but they do have a fair amount of height/ thickness to them, for those who prefer their watches slim.

This has been an immensely successful line for Omega, and there are currently a staggering 60 models in the Ladymatic range, so if you like the look and sound of them, go to the collection’s page here to find one that suits you.