Arnold & Son have two new editions of their Perpetual Moon 41.5, one in 5N red gold, and one in 950 platinum, with both dials featuring a new lacquered ‘stellar ray’ motif. The red gold variant is now part of the permanent collection, whereas the platinum one is a limited edition of twenty-eight pieces.

Perpetual Moon 41.5 Red Gold joins the permanent collection, while the platinum version is produced in a limited edition of 28 timepieces. 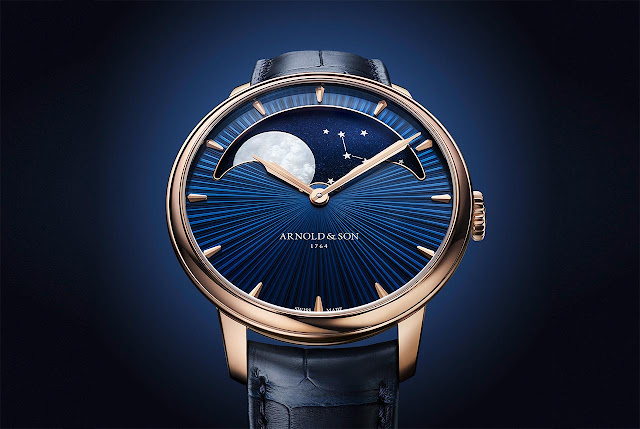 The Perpetual Moon’s case has been redesigned. The case reduced from 42mm to 41.5mm, as the name states, with the bezel’s width also reduced. The entire watch is 11.30mm thick and has a water resistance of 30m. The dial’s size is unaltered. The lugs have been pared back from the cross shape.

The large mother-of-pearl moon dominating the dial is adjusted on the back, which has a secondary moon phase indicator that is rhodium-plated and circular-grained. The moon is coated with Super-LumiNova, with hand-painted touches to depict the lunar surface. Its background is a blue PVD-treated grained sky, with hand-painted depictions of the constellations of the Big Dipper and Cassiopeia that also have Super-LumiNova. 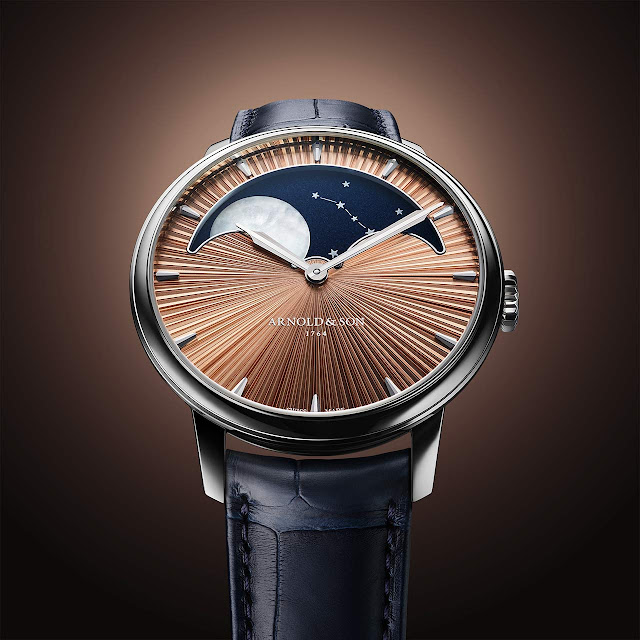 Why these two constellations? It’s a nod to the history of the brand’s namesake as a maker of naval chronometers, and maritime navigation.

The Perpetual Moon 41.5 Red Gold is all about a deep dark blue, with gold surrounding the moon phase and gold used for the hands and indices. The 41.5 Platinum joins the ‘salmon and white gold’ club, with rhodium plating used on the dial. The dials have a form of finishing called ‘Stellar Rays’, which is done by hand and characterised by irregular engraving. 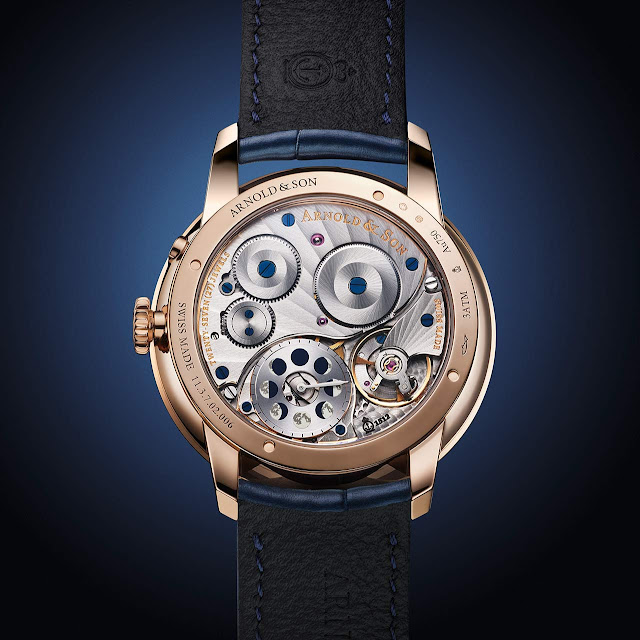 Powering it is the manually-wound A&S1512, which has two barrels, beats at 21,600VPH, and has a power reserve of 90 hours. The main plate is rhodium-plated with Côtes de Genève, the bridges are polished and chamfered, screws blued and chamfered, with polished heads.