Cervo Volante was founded in 2017 by Kadri Vunder Fontana and biologist Conny Thiel-Egenter, who specialises in wildlife and habitat management. Their goal was to address the fact that some 15,000 wild red deer are legally culled per annum in Switzerland. Hunting is authorised as a way of keeping the population of game animals under control and minimising the damage caused by them to natural habitat.

These accessories now include sustainable deer leather straps for Oris, for whom this new collaboration forms part of their well-known ‘Change for the Better’ campaign. 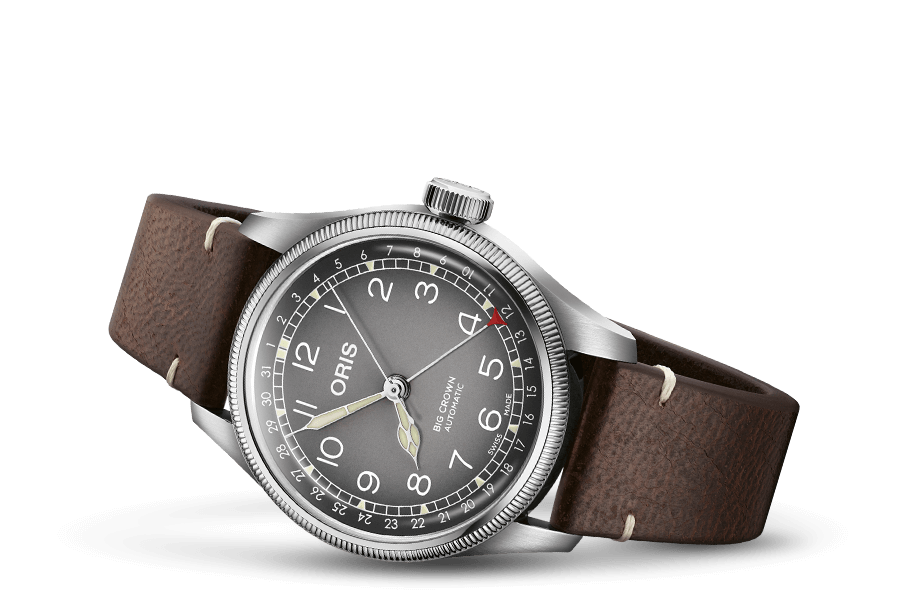 The new Oris x Cervo Volante collaboration is starting with three new Big Crown Pointer Date varianants with dials inspired by the colours of the Alps, and straps, pouches and card holders that are made from Cervo Volante’s deer leather.

They come in a 38mm stainless steel case with a water resistance of 50m. The dials are grey, blue, or green, with indices, numbers and hands all containing Super-LumiNova. Along with the hour, minutes and seconds is a central date hand. 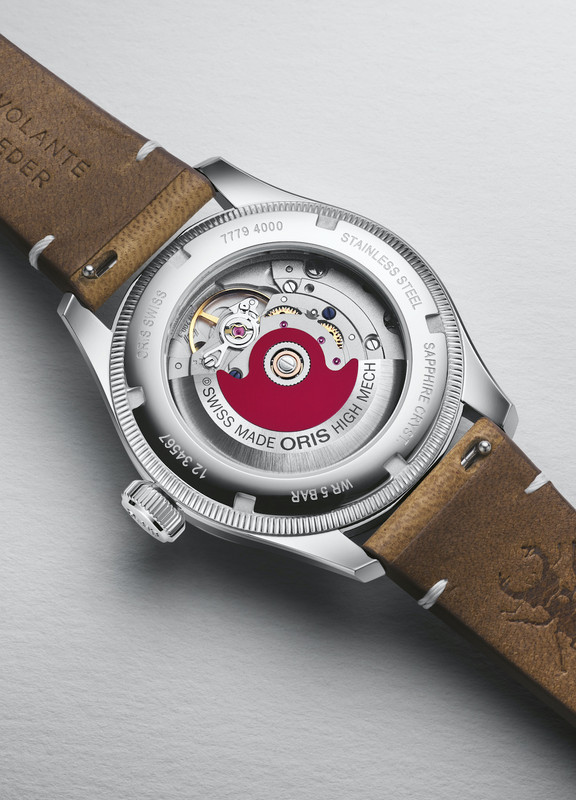 Visible through the open case back is the automatic Oris Calibre 754 (base Sellita SW 200-1) with the familiar Oris red rotor, which beats at 2,800 VPH and has a power reserve of 38 hours.

Coming on deer straps that are either dark brown, oak brown or cognac, as mentioned, they also come with a travel pouch and card holder in Cervo Volante leather. 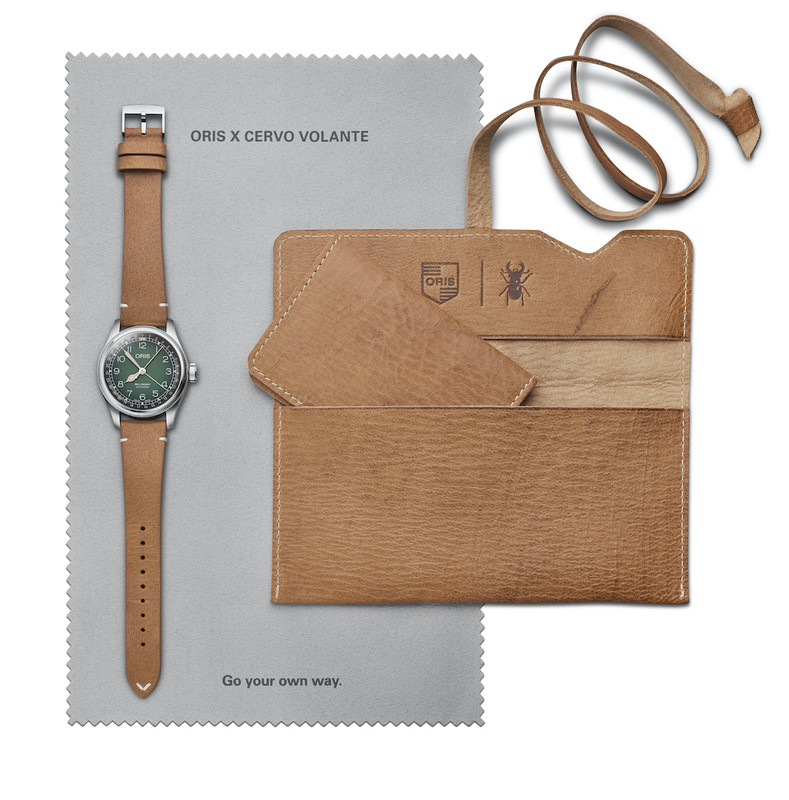 The Federal Office for the Environment (FOEN) is responsible for federal legislation with regard to hunting in Switzerland, but it is regulated on a local level, with each canton having the power to issue its own laws (regulations and permits) and the hunting season. Hunting has been banned in Geneva canton since 1974.