We are nearing the year’s end so in this, the second year of green watches becoming a ‘thing’, there are of course some more that are slipping in before 2022 is upon us.

Early this year Girard-Perregaux announced a partnership with Aston Martin. The eighteen piece limited edition Tourbillon with Three Flying Bridges Aston Martin Edition, in a 44mm grade 5 titanium DLC case was, at CHF 139,000, not for most of the watch-buying public. Now, however, there is something far more accessible resulting from this new relationship.

Why green? Well yes it is as you may have guessed – British Racing Green, and Aston Martin’s ‘house colour’ for racing. 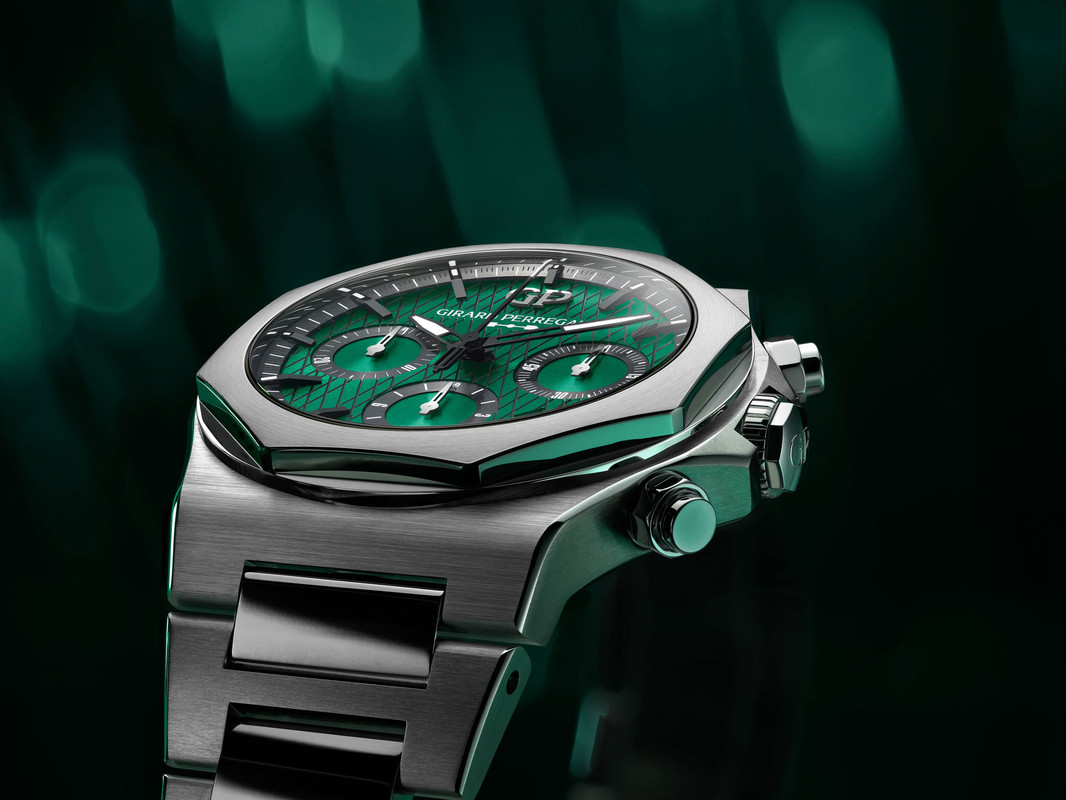 The “Aston Martin Green” of this new watch’s dial is the result of twenty-one applications of paint which form seven layers of paint as the end result. Other Aston Martin references come in the form of the use of the cross-hatching pattern (first seen in the ‘AM’ logo (1921 – 1926) and a counterweight on the centre chronograph seconds which is a nod to the sides strakes first seen on the 1958 Aston Martin DB4.

In terms of the more functional aspects on the dial, it’s standard and familiar, with two chronograph counters and a small seconds. All three sub dials are snailed. 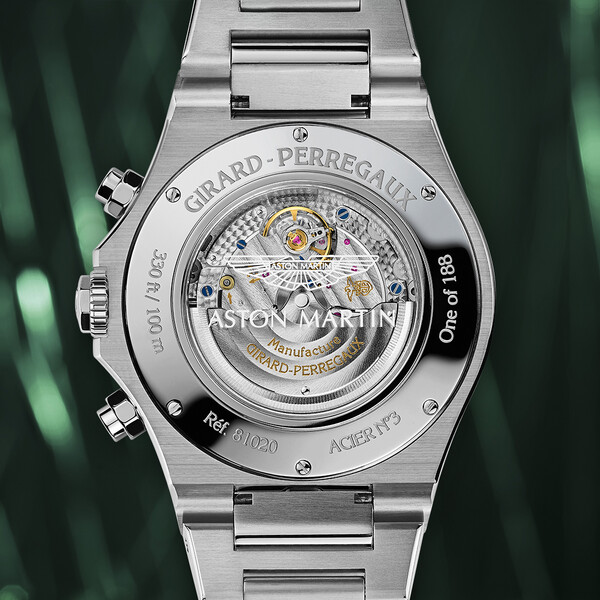 The case is 42mm 904L stainless steel, with a combination of satin and polished finishing. Through its open case back, a first for a Laureato Chronograph, can be seen the automatic Calibre GP03300-0141, which is familiar from having been used in other Laureato Chronographs. With Côtes de Genève, perlage, and the Girard-Perregaux eagle, it beats at 28,800 VPH and has a power reserve of 46 hours.

The Laureato Chronograph Aston Martin Edition is limited to 188 pieces and has an RRP of CHF 17,300 (including taxes).