You will no doubt remember Bulova’s release, a handful of years ago, of a re-edition of the watch Apollo 15 commander David Scott’s Bulova that he wore on the third of his 1971 moonwalks. There’s an interesting history behind it, so hit that post and this one to read about it if you don’t know the details.

The case is the same size – 45mm with a thickness of 13.5mm, but in titanium and gold-tone steel for this special edition. Water resistance is still 50m. 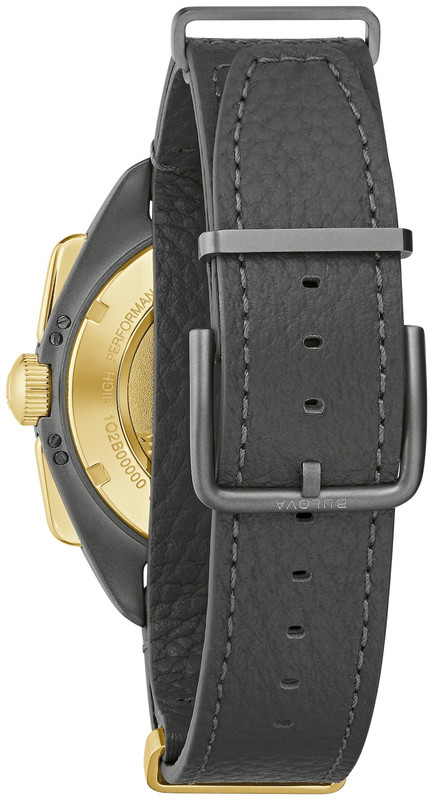 In keeping with the colour scheme, the dial is grey and the sub dials, gold. The hands and markers are, of course, lumed. The functions are the same – a chronograph, calendar, and a tachymeter scale. 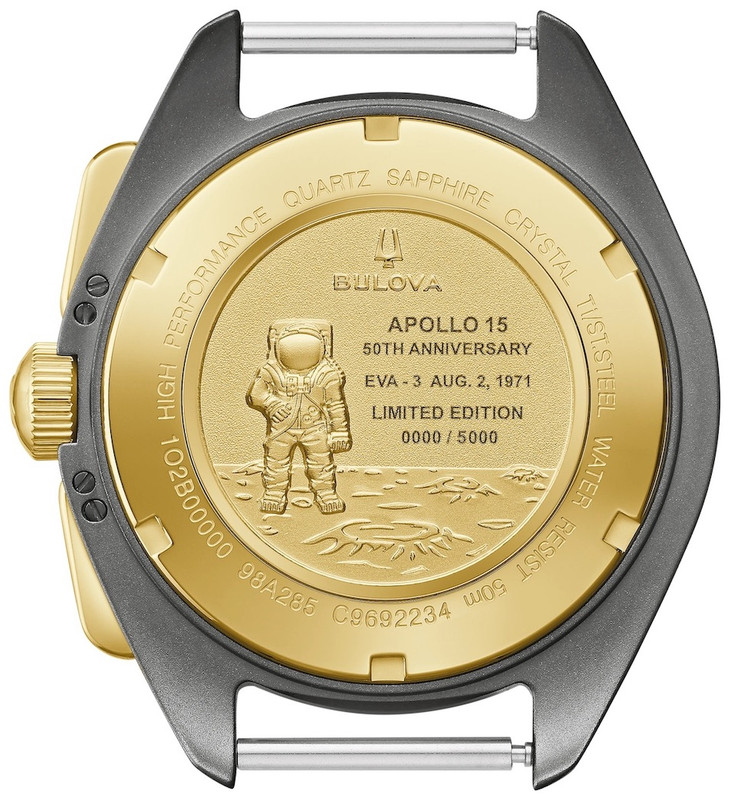 The case back features a commemorative relief engraving of an astronaut on the lunar surface next to the date of the mission, and the edition number (xxxx/5000). 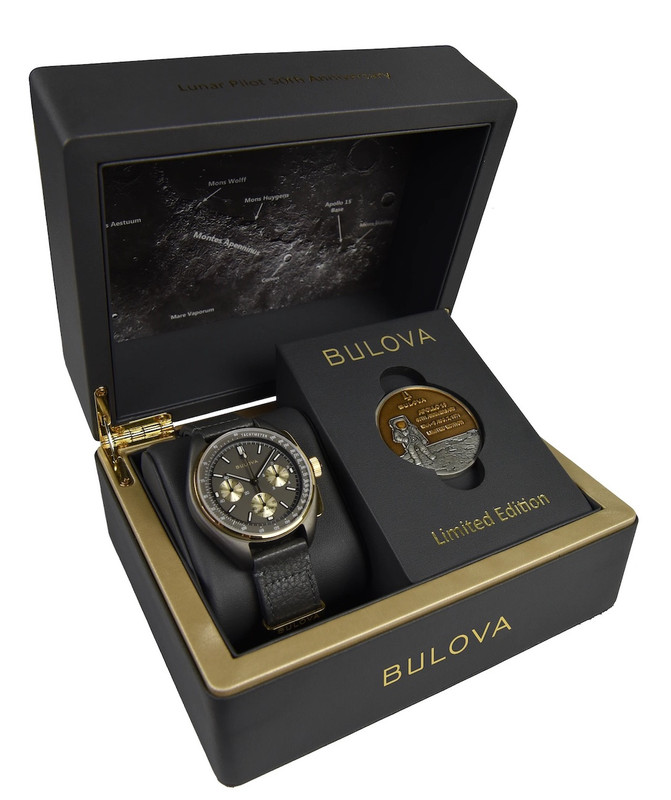 The limited edition Lunar Chrono comes on a grey leather NATO strap with pin buckle and in a special box which has a commemorative coin and a small storybook about the Apollo 15 mission. It’s RRP is USD 995.