Developed and patented by Vincent Calabrese in 1977 (but purchased by Corum to use in their first Golden Bridge which debuted in 1980), Corum released an automatic version of the famed in-line movement in 2011. With the floating linear movement with an oscillating weight on rails, it took four years to develop. Now, in celebration of a decade of the Automatic Golden Bridge, Corum has launched a new Automatic Golden Bridge series. 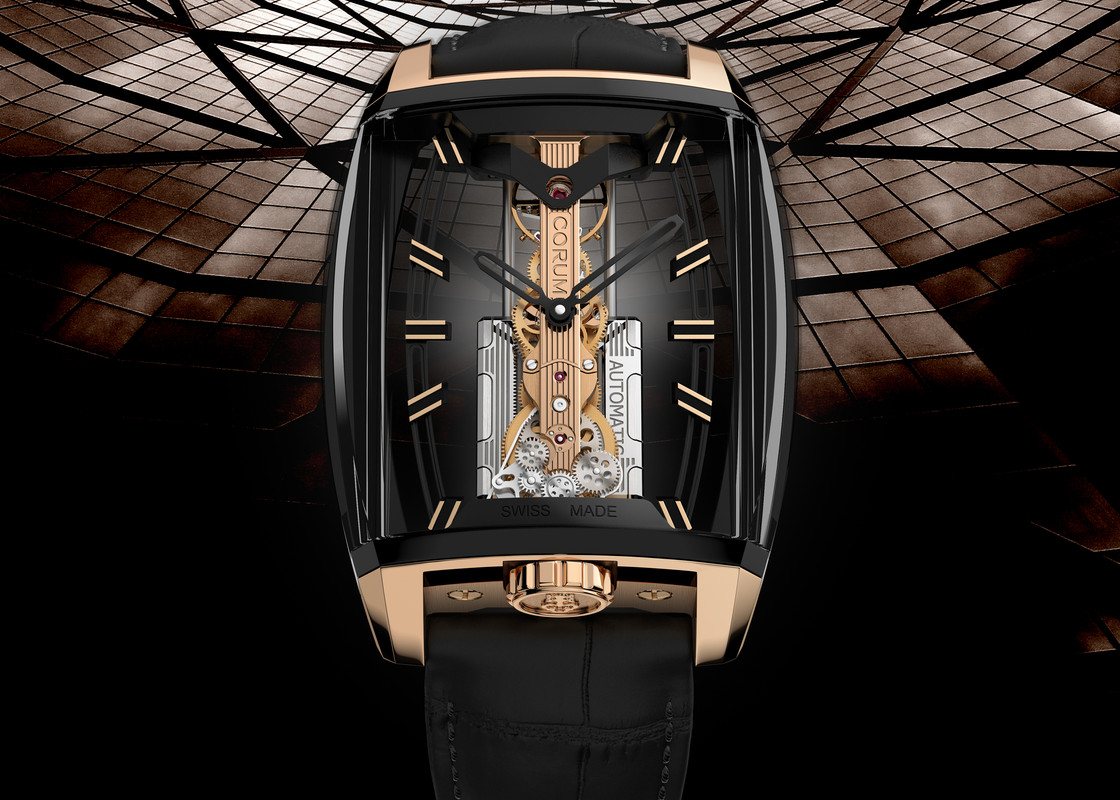 The new 10th anniversary Golden Bridge Automatic consists of four models with a tonneau case (37.2mm x 51.8mm with a thickness of 13.7mm) featuring panoramic sapphire crystal and a case that measures. For the first time, Corum has made the sapphire crystal as a single piece that covers the top and sides of the watch so that the famed movement can be shown off in its entirety without visual interruption. The sapphire case back is smoked crystal. 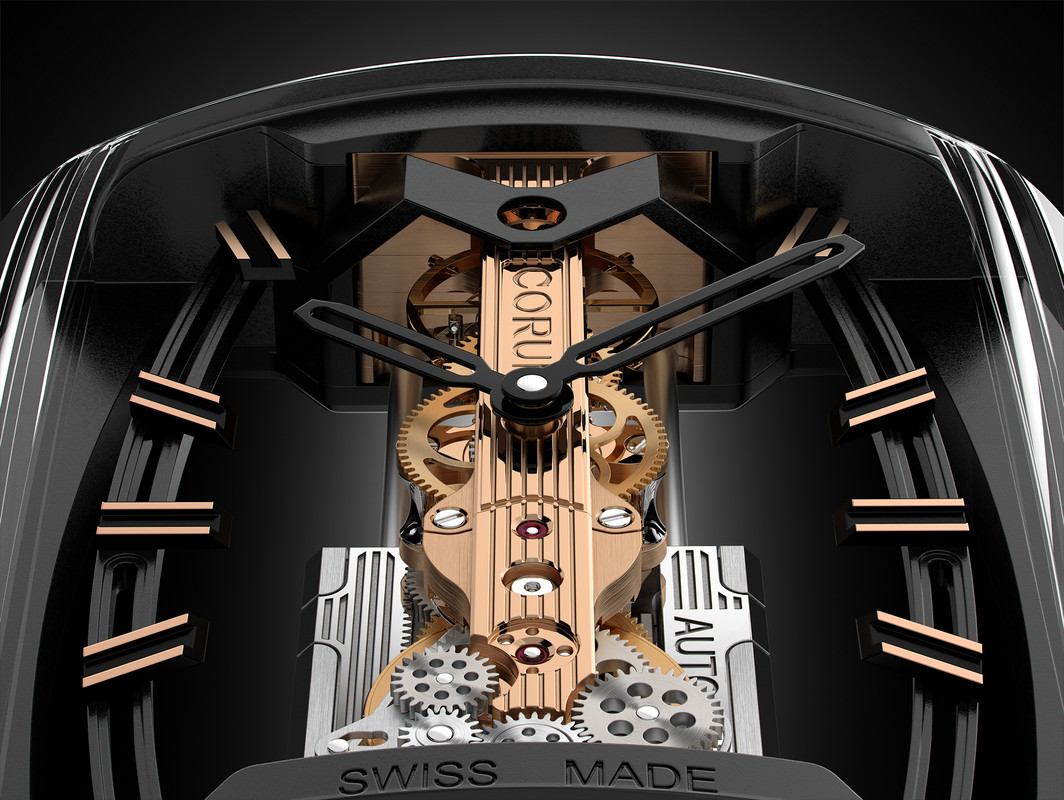 Because there is no dial, the indices are on a floating harness system that links to the movement base. The dial has black galvanic treatment. The main plates and bridges of the movement are in 18-karat 5N rose gold for all versions. The movement is the original automatic Caliber C0313 which has 194 parts, beats at 28,800 VPH, and has a power reserve of 40 hours.

They all come on an alligator strap with a triple folding clasp that is Grade 5 titanium with black DLC treatment and a cover in 5N gold.