Amongst the many ways to present a new Greubel Forsey, sky diving doesn’t tend to come to mind as one of the top three possibilities. Nor even the top ten. To my mind, anyway.

This is how it was unveiled in a promotional video during Watches & Wonders Geneva last month, showing, perhaps, that being at the very upper end of the integrated bracelet luxury sports watch market in terms of multiple complications is also about testing it out. 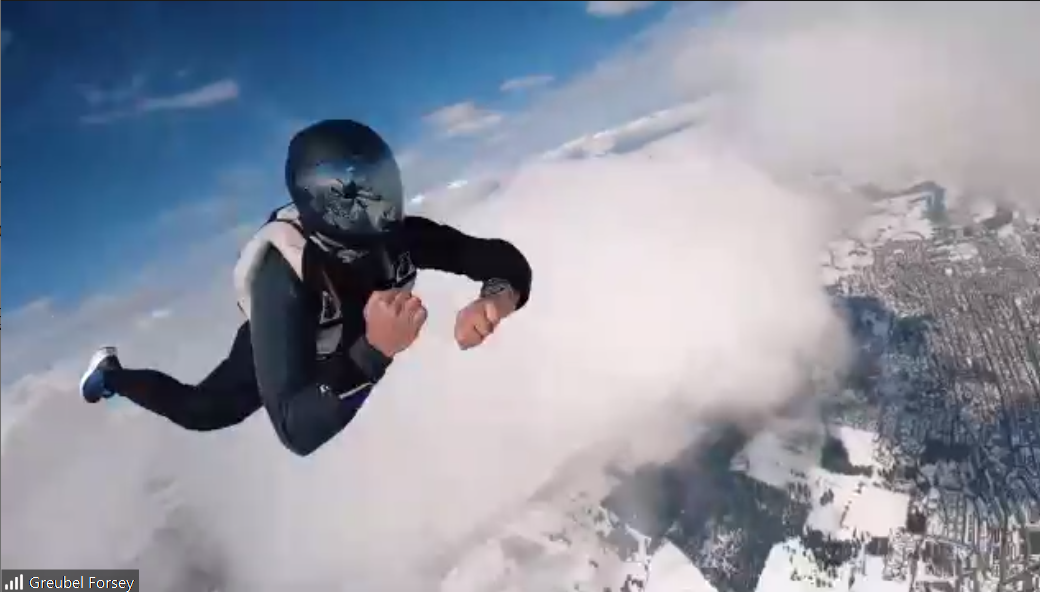 Combining a world time, dual time, and an inclined tourbillon, the new limited edition GMT Sport watch in titanium is the first Greubel Forsey watch with an integrated metal bracelet, and it has a new (thankfully) text-free clean bezel along with it. The unadorned bezel of the GMT Sport’s has horizontal straight-graining on top, and polished sides. For those unfamiliar with their GMT Sport, which was launched a couple of years ago, the watch’s bezel is an ellipsis that bends downward at twelve and six o’clock. At the left side of the 42mm case (17.80m high), two pushers adjust the second time zone and the globe.

The GMT Sport’s dial is, unusually for Greubel Forsey, all a single blue colour – the main plate, bridges, globe, second time zone dial and 24-second indicator ring of the Tourbillon 24 Secondes are all the same deep blue. The previous 2019 GMT Sport was dark grey. The Tourbillon 24 Secondes is between 12 o’clock and 2 o’clock. Its cage is inclined at 25° and completes a full rotation every (as the name states), 24 seconds. The power reserve is at 3 o’clock. Between 4 o’clock and 5 o’clock is the skeletonised bridge. The GMT globe between 7 o’clock and 9 o’clock completes one rotation in 24 hours and displays the second time zone. A ring with 24-hour markings allows the local time whilst also acting as a day/ night indication. At 10 o’clock a large grey triangle indicates the second time zone, and a rotating disc with a fixed red triangle displays running seconds. 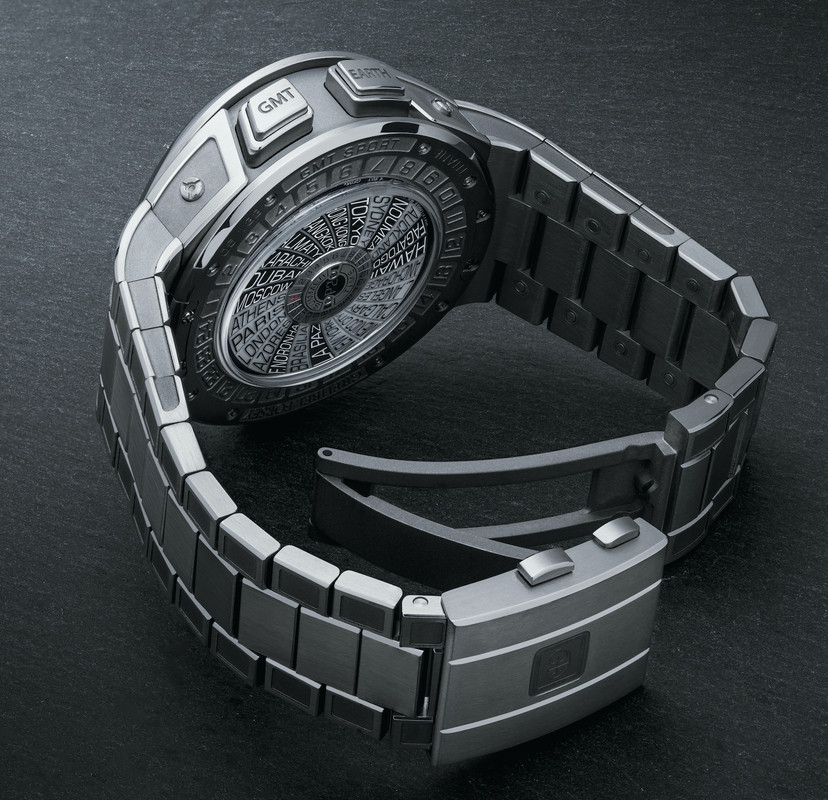 The titanium case is 45mm with a thickness of 17.8mm. Water resistance is 100m. The crown is titanium and blue rubber, and there are two clearly marked pushers on the side.

Its manually-wound movement beats at 21,600 VPH and has a power reserve of 72 hours. The bridges and main plate are titanium. Finishing is frosting, polished bevelling, and there is skeletonised suspended arch bridge and a skeletonised flat black-polished tourbillon bridge. The tourbillon has titanium cage bridges, a gold counterweight, and the cage weighs 0.38g.

The three-link Grade 5 titanium bracelet is attached with tri-wing screws. It features straight-graining, frosting, and hand polished bevelling. The lugs are also frosted. It features a fine adjustment system. The watch also comes with a blue rubber strap with text in relief and a titanium folding clasp with engraved logo.

The GMT Sport is no ordinary luxury sports watch by any stretch of the imagination, so the bracelet is not likely to be anything other than as meticulously finished as the brand’s watches. It’s a shame that the fair had to be online this year, so we could not see it ‘in the metal’. 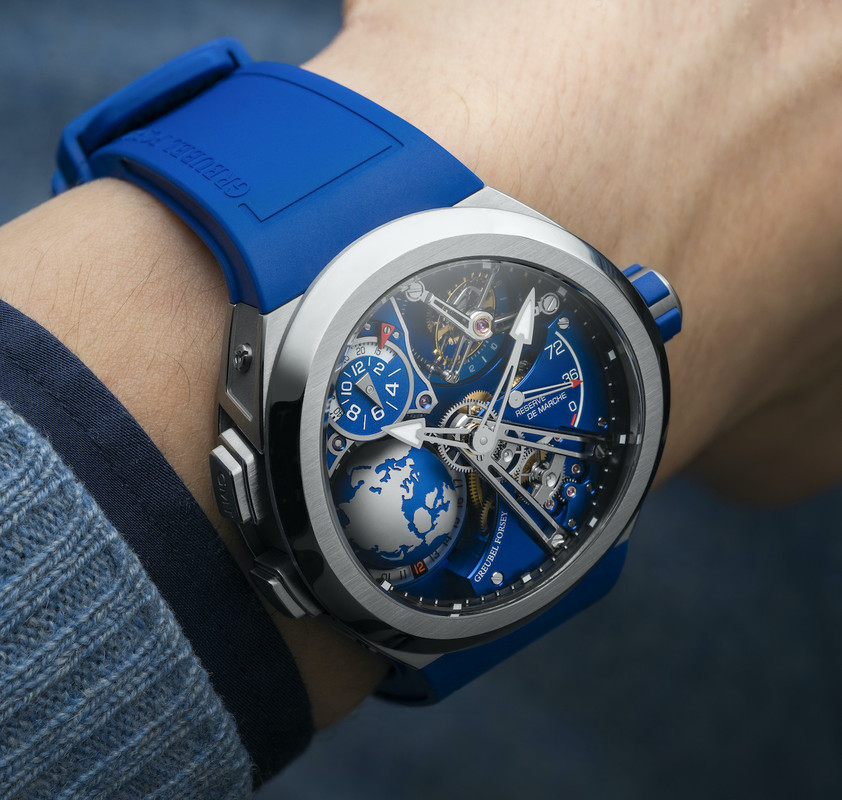 Coming in a limited edition of 33 pieces, the price is not yet known, but as they say, if you have to ask … The grey dial GMT Sport, which was limited to 11 and came just with a rubber strap, was CHF 480,000 (excluding taxes).