Introduced by Hermès at Watches & Wonders 2021, the pièce unique Arceau Pocket Aaaaargh! pocket watch, featuring the T-Rex from the silk scarf of the same name designed by Alice Shirley, may have seemed slightly familiar.

Familiar not just because it follows in the footsteps of the bear of the Hermes Slim of Hermès Grrrrr! and the wolf of the Arceau Awooooo, but also because in 2020, there was an Hermès Arceau Pocket Aaaaargh! in that (and this) year’s colour, green featuring a Tyrannosaurus Rex. It was a 48mm white gold pocket watch featuring a minute repeater and tourbillon, powered by the Hermès H1924 movement that beats at 21,600VPH and has a power reserve of 90 hours. The Tyrannosaurus-Rex in this piece is deep red, and visible from both inside and outside the 48mm white gold case. It is comprised of a combination of tiny hand-cut and hand applied leather marquetry and mosaic, the pieces of leather thinned to just 0.5 mm before they are applied onto a base. The domed eye of the dinosaur, which is the part that is visible on both sides, is made of cabochon-cut Grand Feu enamel. 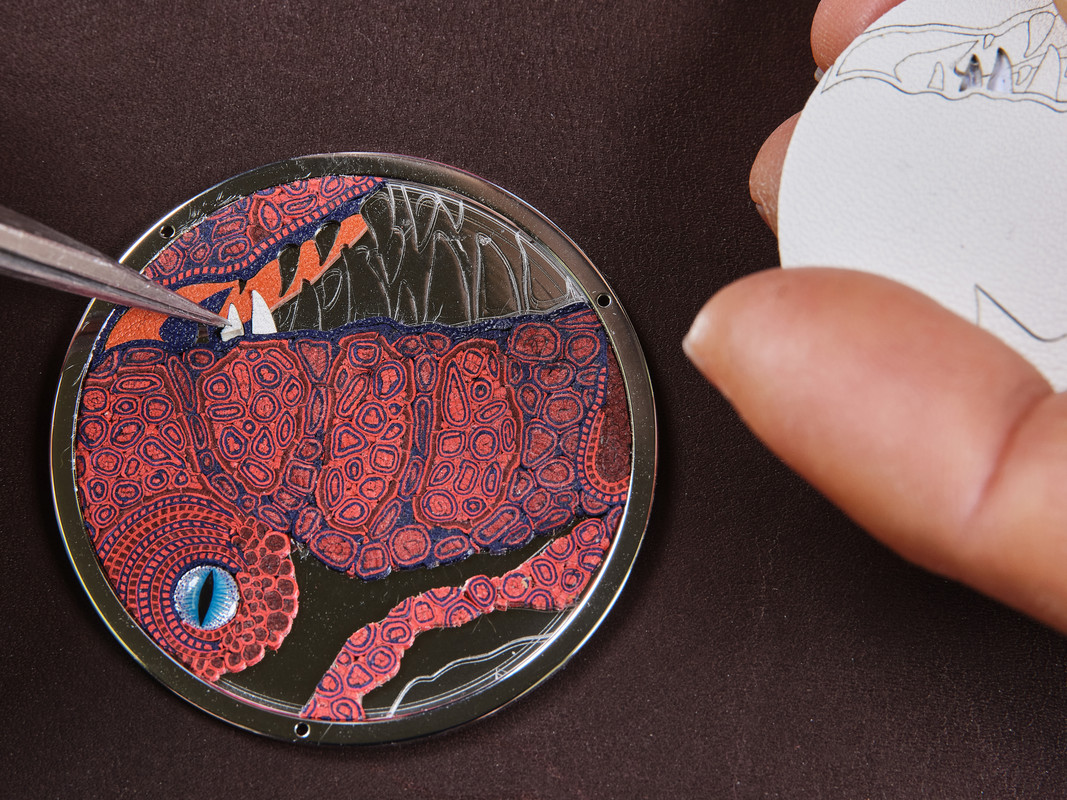 Beneath the white enamel dial is the same manually-wound Calibre H1924 minute repeater and tourbillon movement as in the green T-Rex piece.

The case back is engraved with “Pièce Unique” and the pocket watch comes, naturally, on a matching alligator cord strap that is attached to a rectangular stirrup. Such is the distinctiveness of Hermès leather work that if you only saw the closed pocket watch on the cord, you would probably recognise its maker.