Piaget has announced a skeletonised version of its most recent incarnation of the Polo, the luxury sports watch created in 1979 and most recently revamped to its current form in 2016, when the Piaget Polo S was launched.

When Yves G. Piaget designed the Polo in 1979, when it looked significantly different to its current guise, he named it after the sport and described it thus – “The entire Polo philosophy can be summed up in one sentence: it’s a watch bracelet rather than a mere wristwatch.”

A range of different Polo models were introduced during the collection’s heyday of the 1980s, when the entire luxury sports watch segment synchronised with the decade’s mood. In the early 1980s, the Polo was so successful for Piaget that it contributed to almost one-third of its sales.

Other versions of the Polo have been released this century, but it was not until five years ago that the brand decided to give it a broad revamp, complete with the ‘S’ to emphasise the sports element, and design elements that are very reminiscent of significant 1970s Genta influences. In fact the current model fits aesthetically neatly into its segment.

The Piaget Polo design as we know it in 2021 has a cushion-shaped dial within a round case (a ‘shape within a shape’, as they say), with a bracelet with links that alternate between polished and satin finishing. 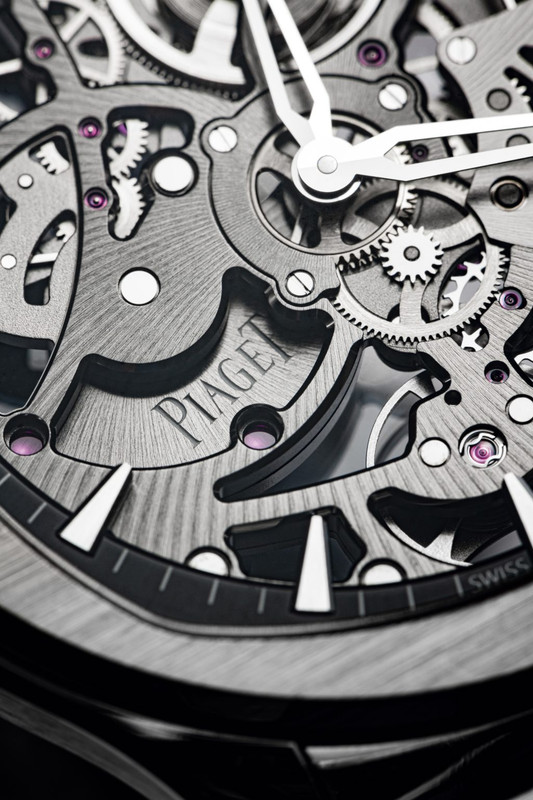 The new Piaget Polo Skeleton is again 42mm, but at 6.5mm, it is 30 per cent thinner than its predecessor. It is available in two references, both in a stainless steel case – one with a slate grey skeleton dial and the other with a blue PVD movement. 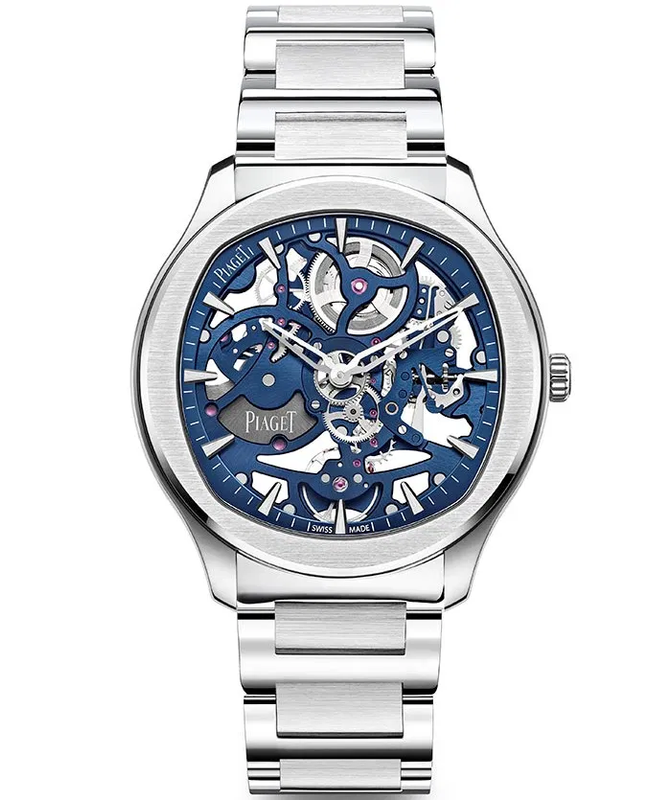 It is so thin in large part due to the use of the skeletonised ultra-thin automatic Calibre 1200S movement, which is 2.4mm thick. With a platinum micro rotor engraved with the Piaget coat of arms, it beats at 21600 VPH and has a power reserve of 44 hours. It is the same movement used in the Altiplano Skeleton models. The movement used for the Piaget Polo Skeleton has either PVD treatment or a slate grey finishing depending on the colour variant. 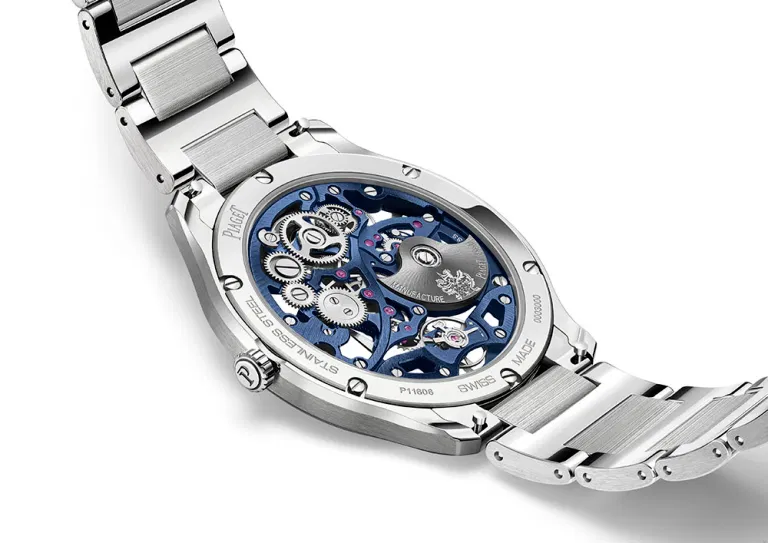 With a water resistance of 300m, the watch comes on an interchangeable bracelet and a second alligator strap that you can swap between, with a ‘quick change’ system.