A number of brands are marking a decade this year, but for Grossmann Uhren GmbH in Glashütte, it is twelve years, and they have just launched the XII Birthday Edition watch collection of two very limited and very elegant dress watches inspired by vintage pieces and the pieces of their namesake.

The new model comes in a limited edition of twelve pieces consisting of six in rose gold and six in polished stainless steel, both in cases that are 41mm and 11.35mm thick.

The key to them is the grained dial, a type of hand-finishing more common in times past which they call silver plating “by friction”. It is not a commonly used form of finishing nowadays, but it has also been used by Glashütte Original, who have had ones made in Pforzheim. 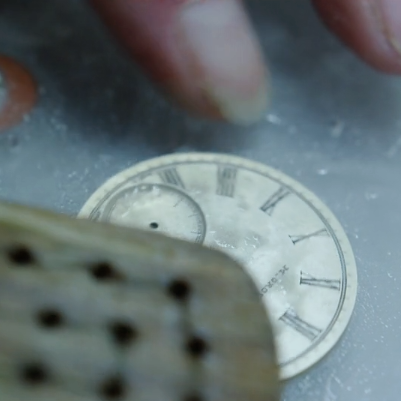 A brush is used to rub a whitish powder consisting of silver granules, salt and tartar onto the cleaned brass dial, using a little water. The engravings (numbers and logo) on the dial are filled with black lacquer before being silver-plated and then fired in a kiln. The surface is sanded to roughen it and to remove any excess lacquer so that only the black inlay remains in the engraved areas. As the silver powder does not stick to the lacquer, the engravings and numerals are completely left out of the silver plating process, which means they retain their colour. 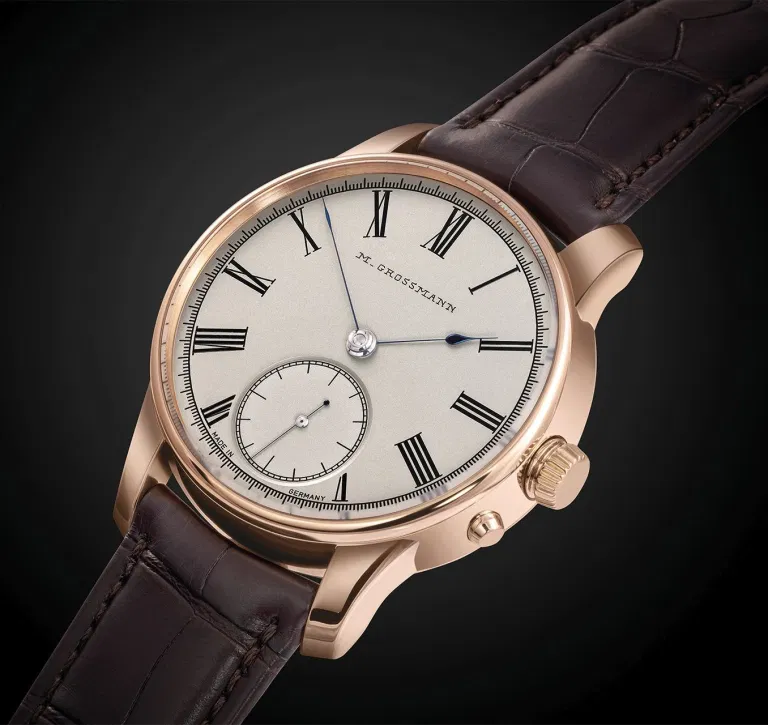 The resulting dial, which is covered with a protective layer, has a finely grained appearance. The large slender Roman numerals are balanced with the very slender blued poiré-shaped hands, and there is the original Moritz Grossmann logo ‘M. Grossmann’ from 1875. 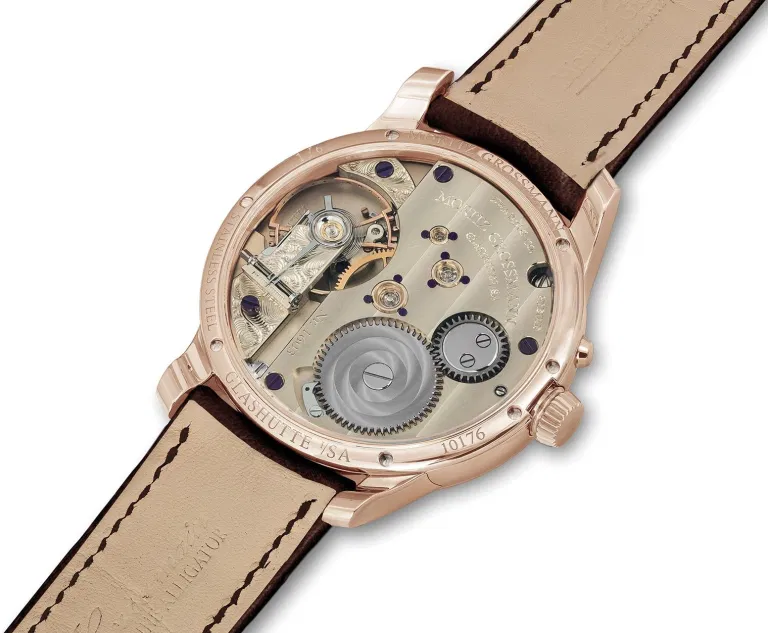 Visible through the sapphire case back is the manually wound Calibre 100.1 which beats at 18,000 VPH and has a power reserve of 42 hours. It features a 2/3 plate made of untreated German silver with horizontal Glashütte ribbing. The balance cock is hand-engraved, there is snailing on the ratchet wheel, raised gold chatons with pan-head screws, and a stop seconds. 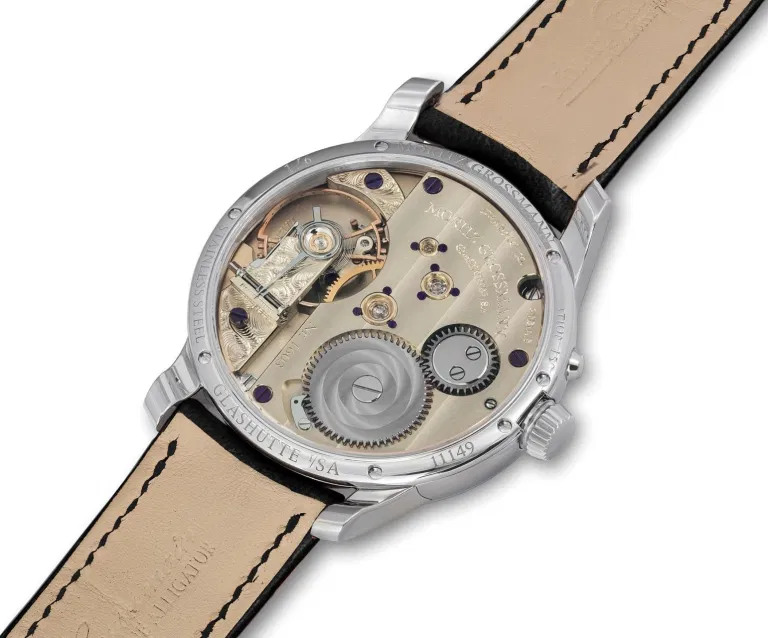 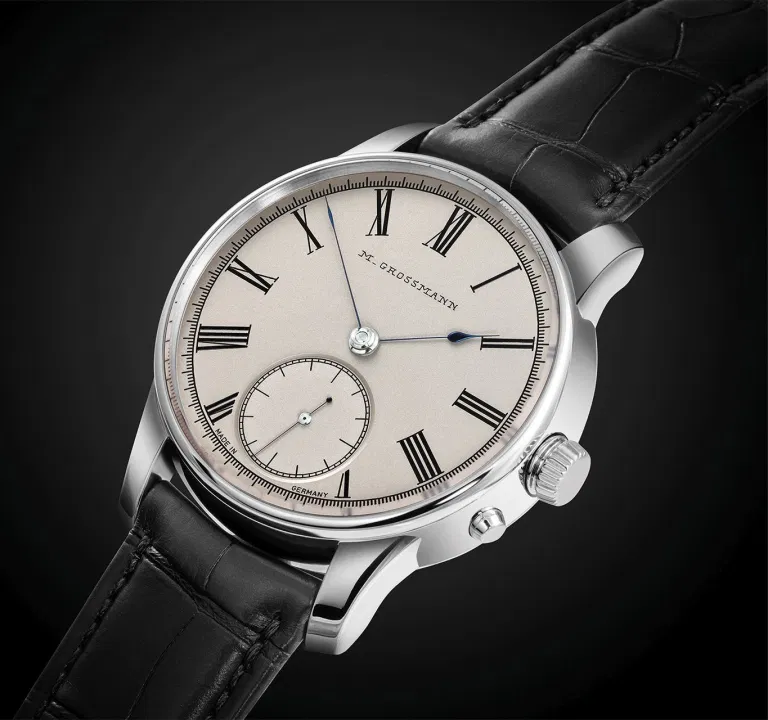 The XII Birthday Edition comes on either a dark brown hand-stitched Alligator strap (the rose gold model) or a black Alligator strap (polished steel model). The price of the former is EUR 27,600 and the latter, EUR 19,100.