A little while ago there appeared some new smoked dial options added to the COD 11.59 family. Now we have a new complication – the combination of a flying tourbillon with a flyback chronograph in a skeletonised dial form.

Audemars Piguet first combined a tourbillon with a chronograph in 1999 in the form of the limited edition (twenty pieces in Pt) Jules Audemars Tradition d’Excellence n°1, which had an in-house movement that combined a tourbillon, chronograph, and minute repeater. In 2003, they released their first chronograph tourbillon movement, the manually wound Calibre 2889, via the Royal Oak Ref. 25977. As recently as two years ago, the brand released the limited edition Royal Oak Offshore Tourbillon Chronograph 25th Anniversary. It used the then new in-house manually-wound Calibre 2947, that derived from the Calibre 2912. 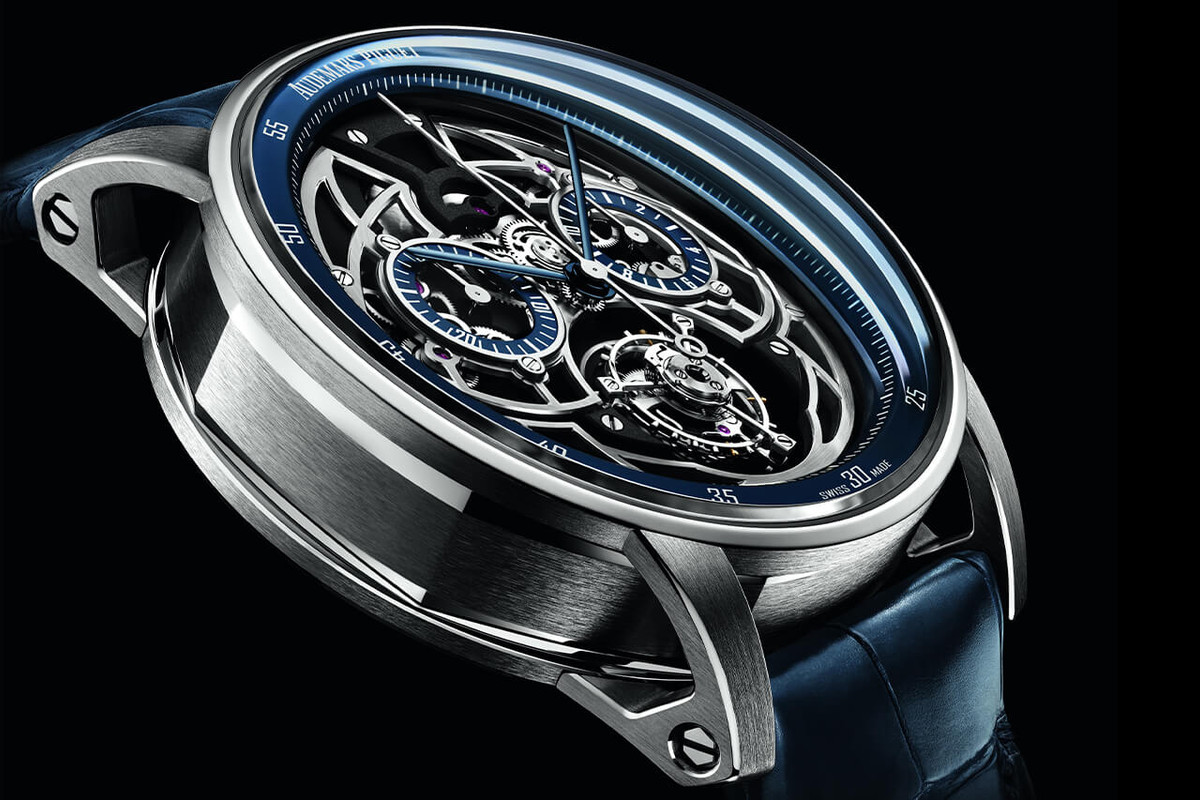 The new CODE 11.59 Flying Tourbillon Chronograph is the first time they have combined a flying tourbillon with a chronograph. It’s important to remember that when this collection family was released, the launch models included a number of complications including a flying tourbillon, an open-worked tourbillon, and complications all the way up to a minute repeater supersonnerie. As I noted at the time, Audemars Piguet were quite clear from the start that this collection family was intended to be a long term proposition covering many horological bases.

This new model is a clear complication and aesthetic progression on the open-worked tourbillon, replacing the previous tourbillon at 6 o’clock with a flying tourbillon and adding a 12-hour flyback chronograph. This time, they have used a completely new movement, the automatic Calibre 2952. Visible through the open case-back, it has a combination of rhodium and black galvanic treatment, a 22 kt gold rotor, beats at 21,600 VPH and has a power reserve of 65 hours. 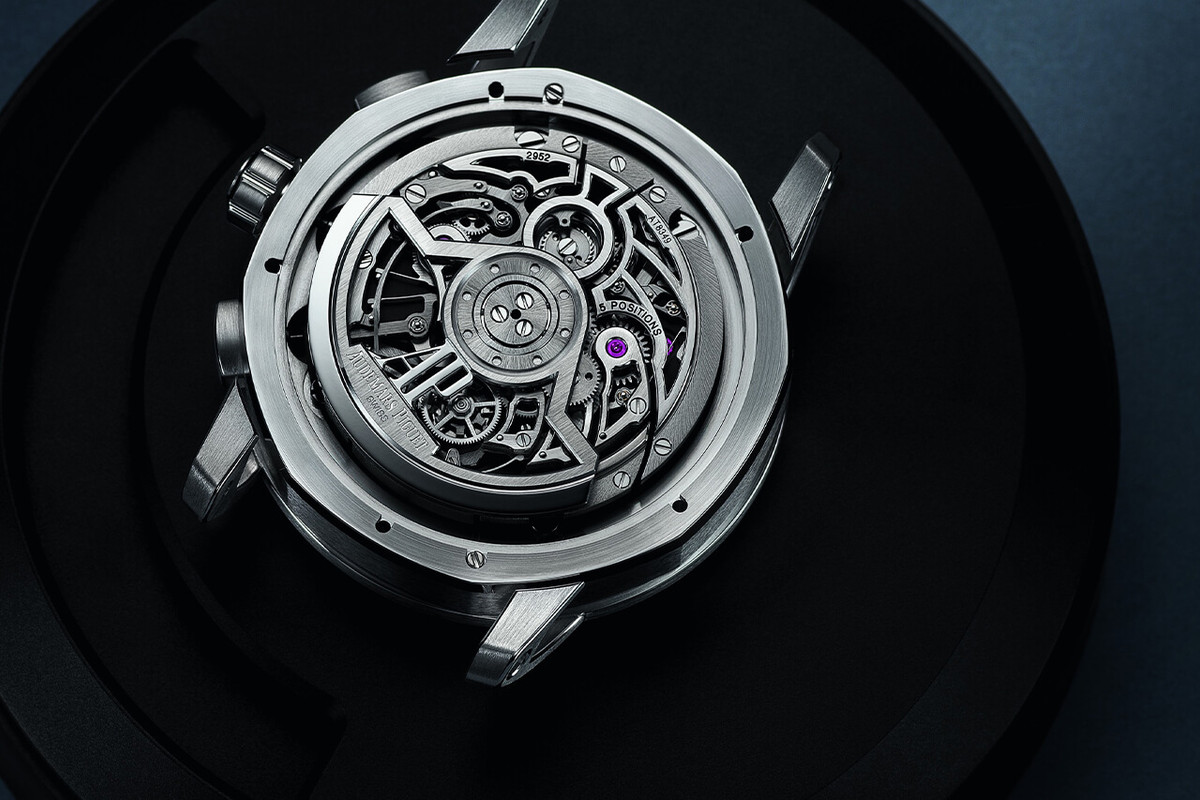 Coming in a 41mm sized 18 kt white gold case, it has the CODE 11.59 double-curved double AR-coated sapphire crystal, a sapphire display back, and is water resistant to 30m. The dial features a combination of rhodium-toned and black galvanic openwork titanium and nickel silver bridges. The dial has over 100 hand-polished angles with both satin-brushed and sandblasted finishing.

Around the circumference of the skeletonised dial is a blue lacquered inner bezel. The transparent chronograph counters at 3 o’clock and 9 o’clock have blued lacquer rings that reference the inner bezel, and the flying tourbillon at 6 o’clock. Hands are blued 18 kt white gold. 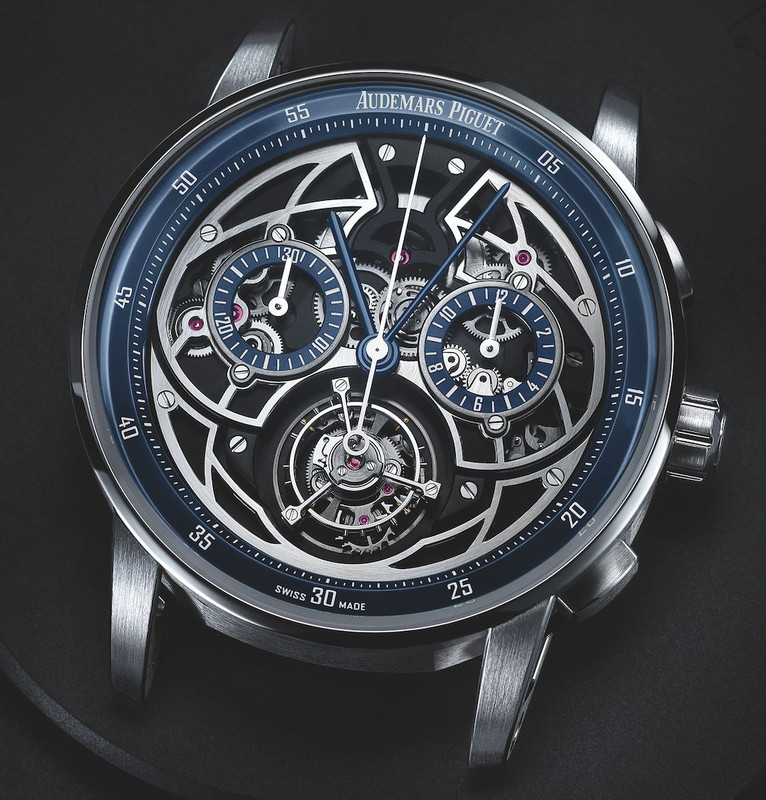 Coming in a limited edition of fifty pieces, it has a price of CHF 240,000 and is to my mind, the best looking 11.59 to date that also seems to ‘sit’ most comfortably with the (no pun intended) collection’s design codes. As a comparison, the aforementioned Royal Oak Offshore Tourbillon Chronograph 25th Anniversary in pink gold was CHF 310,000 and the stainless steel model was CHF 275,000.