You may be wondering what Angelus have been up to recently.

Some of you may remember the U21 and U22, which featured a skeletonised flying tourbillons. Now their movement returns in a series of eight unique pieces with PVD-treated bridges, each model showcasing a different colour/ colour combination.

Meet the new Angelus U23 Carbon Cocktail, with the Calibre A-250 featuring a Carbon Thin Ply (CTP) carbon main plate which acts as the ‘dial’, the barrel at 12 o’clock, and one minute tourbillon at 6 o’clock. 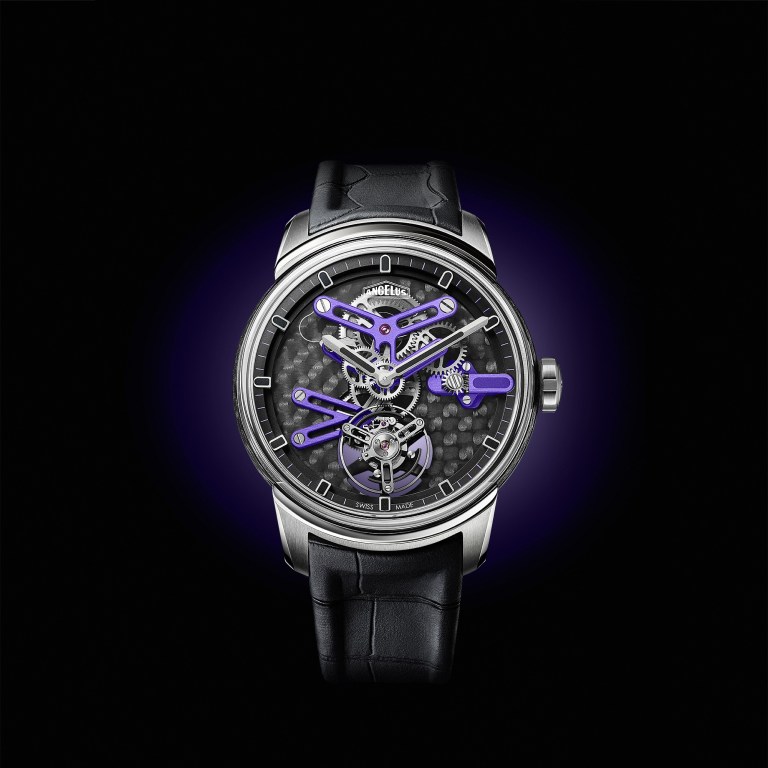 The main difference between this and the two other models is the use of differently coloured PVD treatments on the surface of the three sand-blasted titanium bridges of the movement. The manually-wound Calibre A-250 beats at 21,600 VPH and has a power reserve of 90 hours. 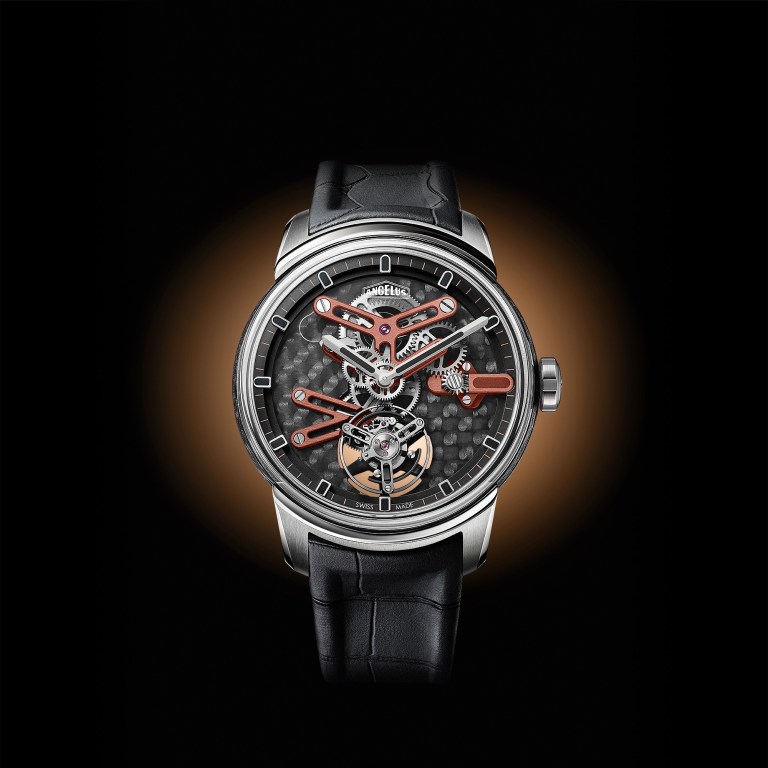 At 42mm in with a thickness of 10.3mm thick, the case mixes titanium lug modules with a CTP case back and middle case. CTP consists of hundreds of sheets of carbon fibres which are put on top of each other, with each layer orientated differently to create a dense multi-hatched network. For these new pieces, it is 150 g/m² CTP. The CTP is solidified and hardened using a technical resin fired at a high temperature and under high pressure, to create blocks from which the watch cases are made. 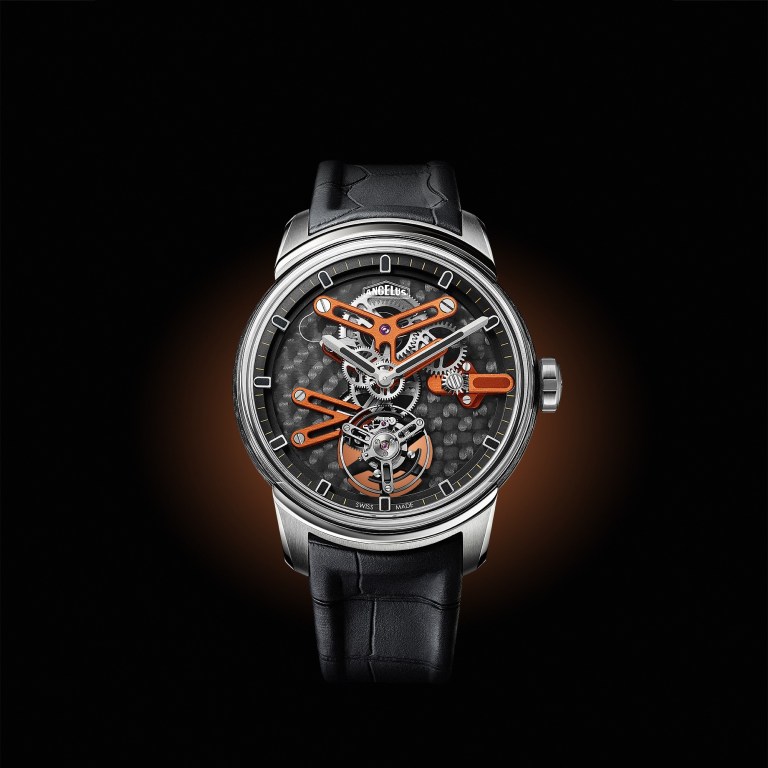 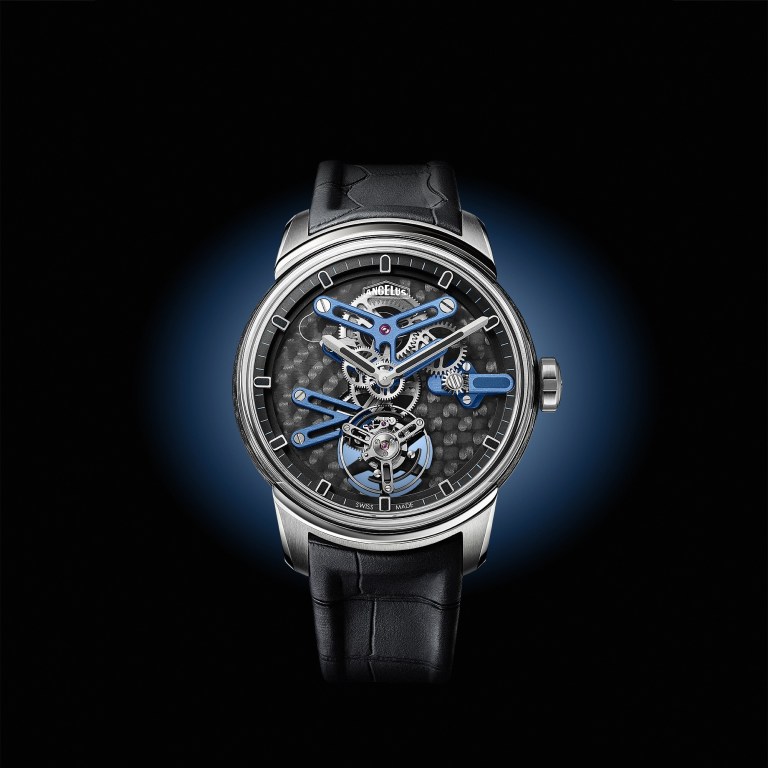 As you would expect, CTP carbon composite is light as well as tough, and the case is water resistant to 30m. 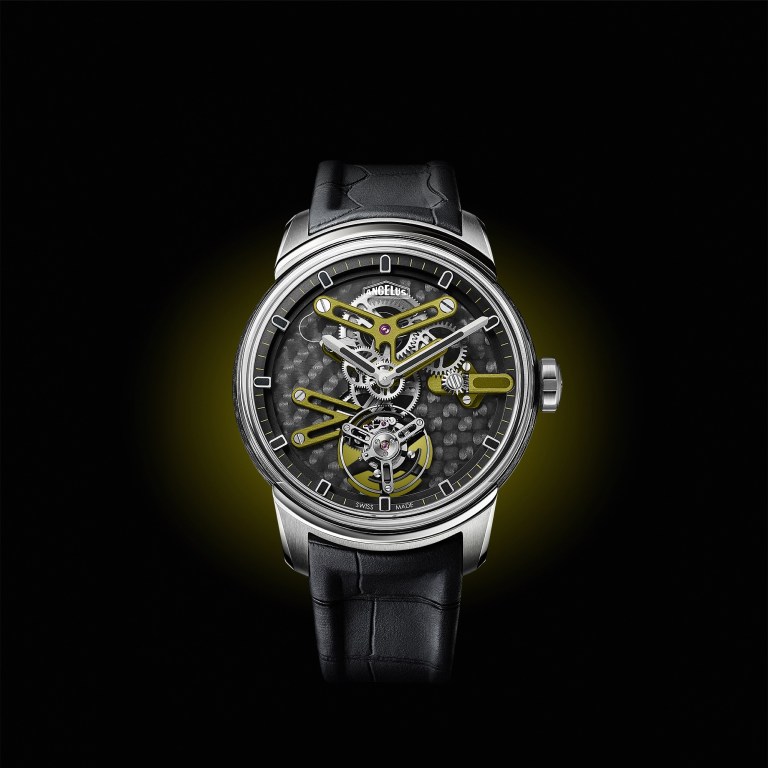 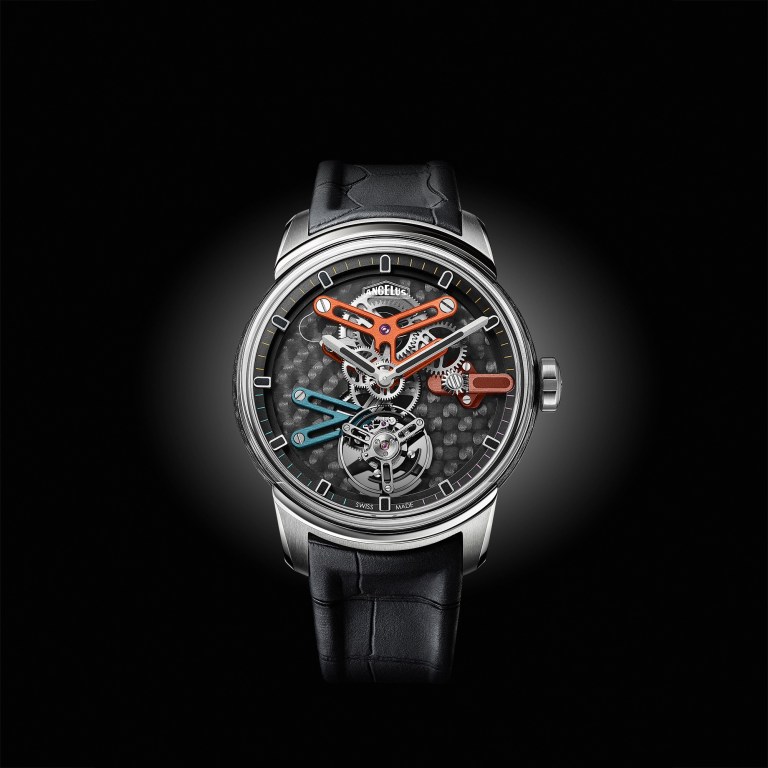 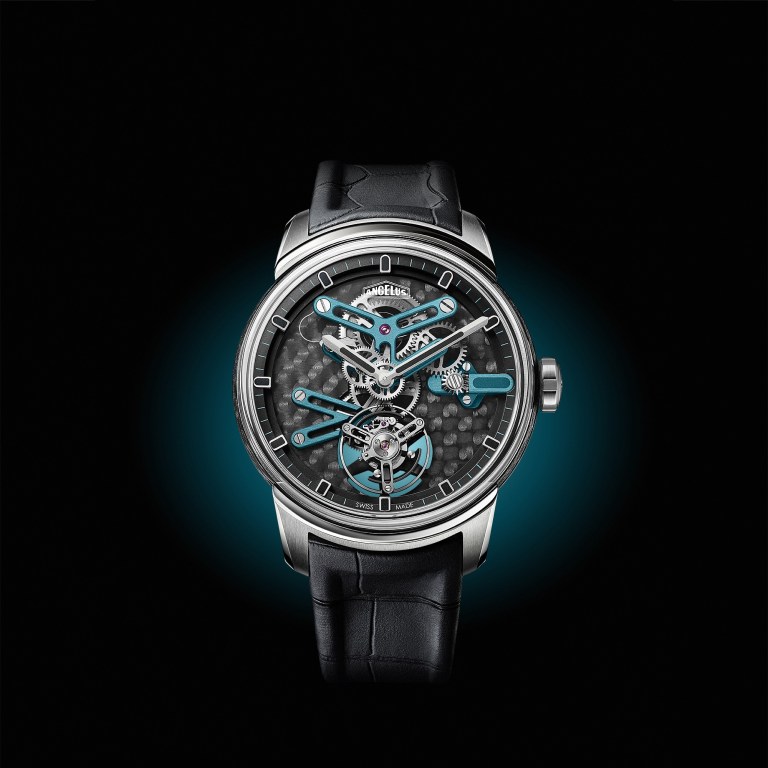 The Angelus U23 Carbon Cocktail comes on a carbon-treated alligator strap with an a titanium insert and buckle, with a price of CHF 43,000.

For further information go to Angelus’ site or your local authorised dealer.