The figure eight dials of Jaquet Droz’s Grande Seconde Off-Centered have found themselves clad in dark dials (onyx and aventurine) before. Now, with an Australian connection, the brand’s use of minerals for dials continues, with the addition of black jade. This new limited edition piece also distinguishes itself from these two other dark variants in that it is not in a white metal case but in an 18 kt red gold 43 mm sized case.

The black jade dial is a mere 1mm thick. Atop it is the off-centred time display of the name, with the hours and minutes and separate large seconds slanted from 1 o’clock to 7 o’clock. The two circles and the hands are in red gold. 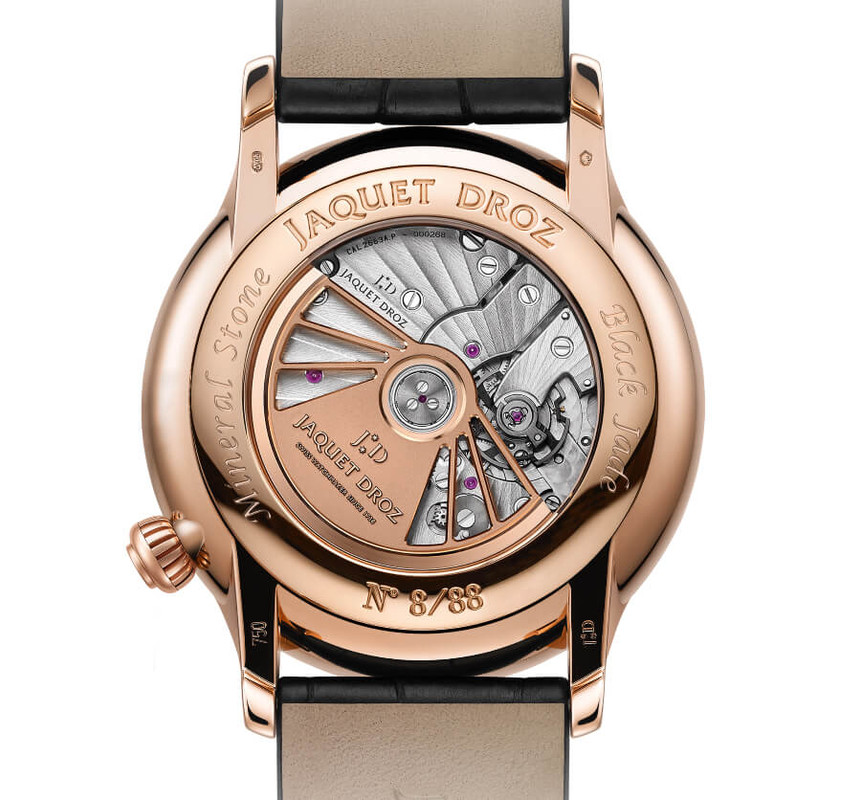 Inside is the automatic Jaquet Droz Calibre 2663A.P. With an 18 kt red gold oscillating weight, it beats at 28,800 VPH and has a power reserve of 68 hours. A variant of the Calibre 2663 that is used in the regular Grande Seconde, this is the same movement in previous Grande Seconde Off-Centered models.

‘Jade’ can refer to two different minerals: nephrite, a silicate of calcium and magnesium, or jadeite, a silicate of sodium and aluminium. Nephrite jade is mostly greys and greens (with yellow, brown or white also making occasional appearances), and jadeite can be black, red, pink, or violet. 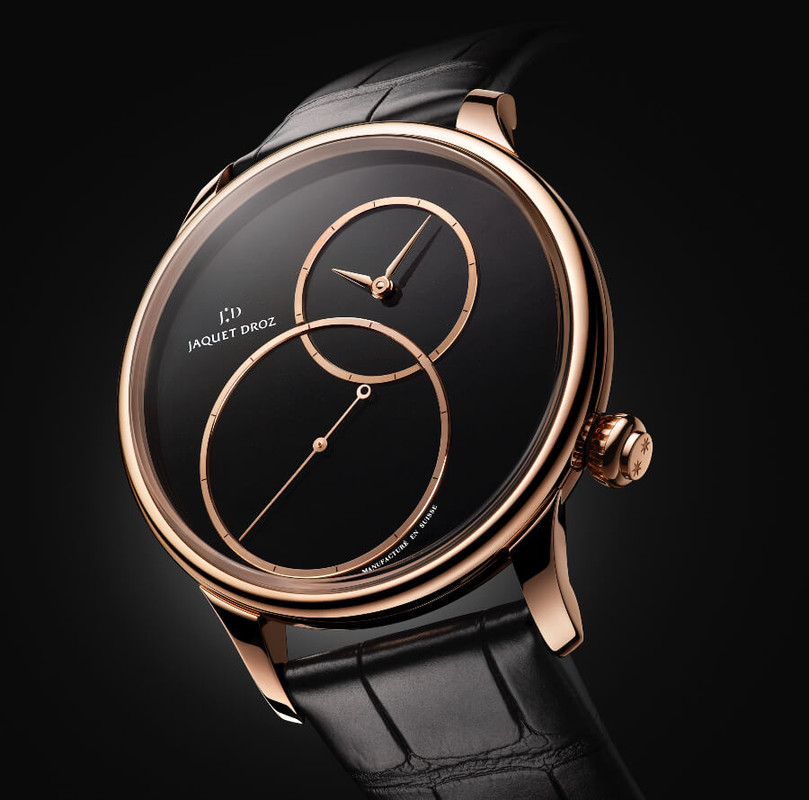 As Jaquet Droz point out, black jade is associated with Australia. Although they do not specify where theirs is from, in their material for this new model they note that black jade is also known as ‘amphibolite’, so that narrows it down. For those interested, the Geoscience Australia website gives the locations of the major jade deposits. It notes that Australia is a major worldwide source of nephrite, mostly from Cowell in South Australia. The Cowell sites are on 23 leases held by Gemstones Australia Pty Ltd., and you can read a bit about the black jade there at their website. For those wondering, the black colour of this type of jade is because the mineral can contain up to 8% iron, and black jade is also quite hard (Mohs’ Hardness: 6.5 – 7).

Limited to 88 pieces, the Jaquet Droz Grande Seconde Off-Centered Black Jade has an RRP of EUR 27,000.