Bridges are an important part of the Girard-Perregaux story. Earlier this year they launched a new Neo Tourbillon with Three Bridges movement in a 46mm sized sapphire case, the first time that such a material has been used in this fashion by the brand. Its naming as the Quasar is related to the brand’s Earth to Sky theme.

The Neo Tourbillon, which was launched in 2015, transformed the famed bridges through skeletonisation, exaggerating their shape, and blackening them with PVD treatment. It makes a certain sense that Girard-Perregaux chose to put this movement in a blackened form in a fully transparent sapphire case. It not only shows it off, but also could be considered a modern take on a nod to innovation, as was the Three Bridges was at its launch in 1860. 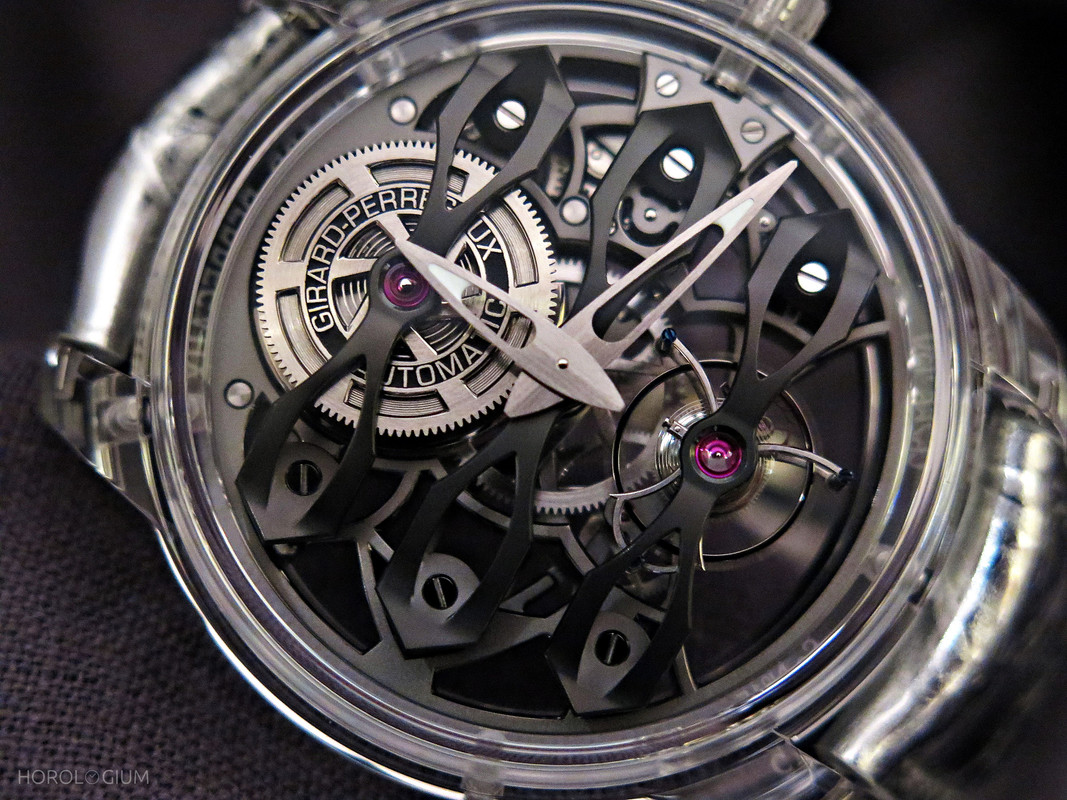 Along with the hours and minutes there is a tourbillon and a small seconds function on the latter. The tourbillon’s carriage weighing only 0.25g.

The openworked automatic Calibre GP9400-1035 is a modified version of Calibre 9400 from which the mainplate has been has been removed. The bridges are made of titanium that is sandblasted and then blackened by PVD treatment. Finishing consists of sandblasting and bevelling. It beats at 21,600 VPH and has a power reserve of 60 hours. The movement’s skeletonisation extends to the white gold dauphine-styled hands, which are also lumed. 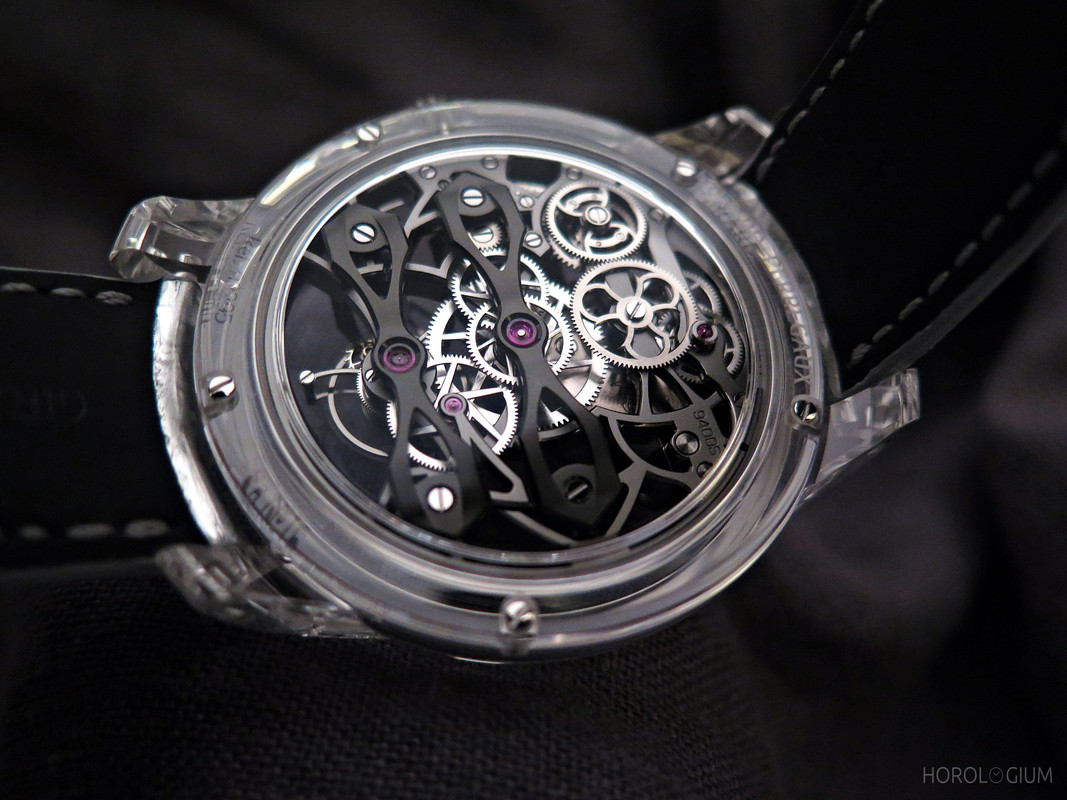 Because of the hardness of the sapphire, it requires something harder – diamond – to cut, machine, drill, sand, and polish the case. If you are a fan of the Neo Tourbillon then the chances are that you will be predisposed to liking this as well, although the sapphire case makes it less dressy. This is not a watch for the traditionalists, but for those who want something pushing modern boundaries (and have deep pockets). 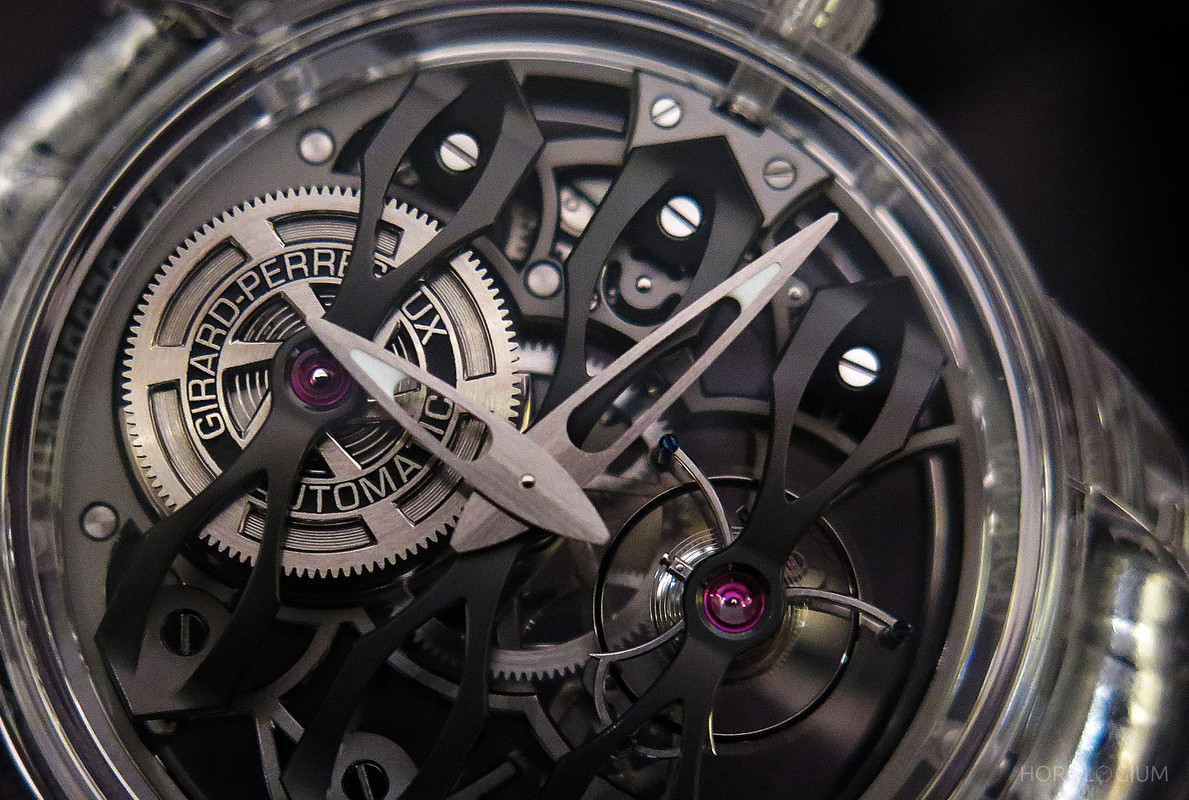 Coming on a black alligator strap with a triple folding titanium clasp, the RRP is CHF 195,000.

The Quasar was one of the pre-selected finalists for the ‘Iconic’ category in this year’s GPHG. For the full list of GPHG 2019 winners, go to this link.