I was reading Gary’s piece in Quill & Pad as I was writing this post about URWERK’s latest release. He mentions, amongst other things, the topic of patronage of independent brands for him as a collector, as well as their broader importance. Supporting a brand like URWERK and other small watchmakers and brands is akin to the traditional idea of ‘art patronage’ in many ways, which means that the people behind them, the people with their names on the dials, have an added importance. But supporting them as a customer is not just believing in the people, but also an investment in some cases, in R&D work that is unlikely to happen in a big brand. It would be a much poorer watch world without such brand pushing technical and design boundaries.

For Felix Baumgartner, as is the case for many watchmakers who have a family history that touches clockmaking or watchmaking and/ or who have worked in restoration, the timepieces of the past can and do, inform the way that they approach their own watchmaking. Sometimes this is self evident and sometimes, less so.

The new UR-100 is quintessentially URWERK, but its origins lie in a Gustav Sandoz pendulum regulator clock that was given to Felix by his father Geri Baumgartner, and about which you can read in this piece by Ian Skellern. The Sandoz clock, exhibited at the 1892 Paris and 1893 Chicago fairs and a (gold and bronze respectively) medallist at both, measures not time but the distance of the Earth’s rotation at the Equator. 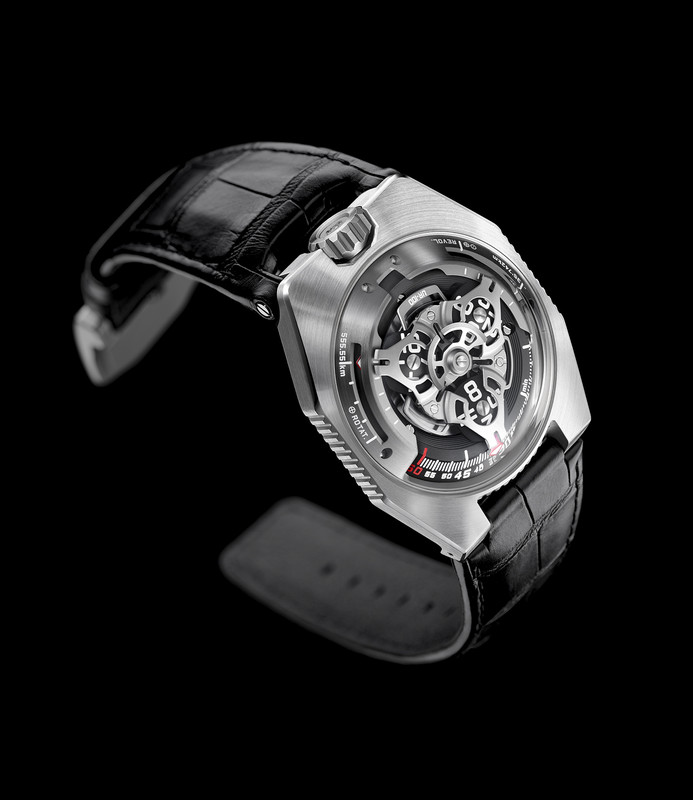 The UR-100 is inspired by this clock. Using the brand’s classic orbital satellite hours and minute ‘hands’ in beryllium bronze with an open-worked carousel, the new watch displays both time (hours and minutes) and space (distance travelled). However, rather than what we are all familiar with i.e. the red-arrow-tipped minute pointers on the hour satellites disappearing after 60 minutes to be followed by the next, the UR-100 minute arrow passes beneath and between the subsidiary indications, reappearing to display the distance travelled on Earth, and distance travelled by Earth. The indications are orbital hours; minutes, distance travelled on Earth’s equator in 20 minutes, distance Earth travels around the sun in 20 minutes. 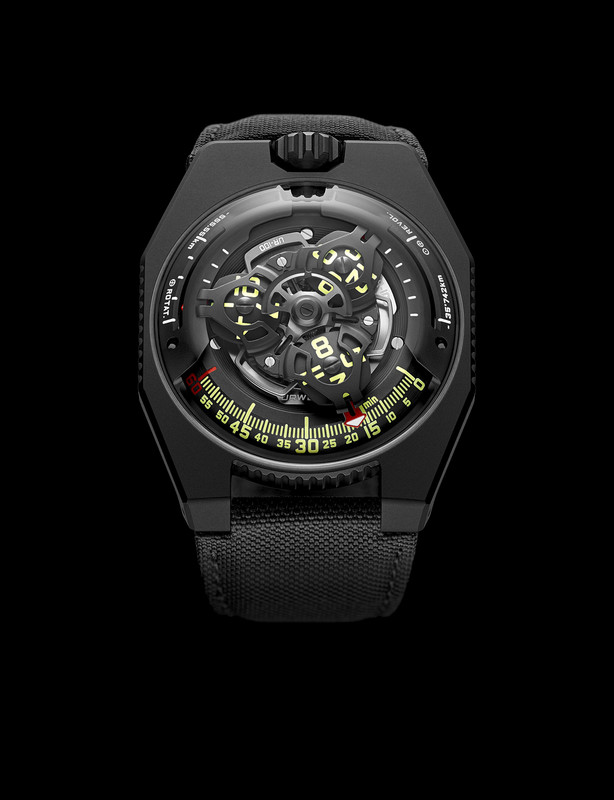 The first indicator at 10 o’clock relates to the distance in kilometres and is based on the average speed of the rotation of the Earth on its axis at the equator, covering a distance of 555 km every 20 minutes.

The hour and minute indications are coated in Super-LumiNova. 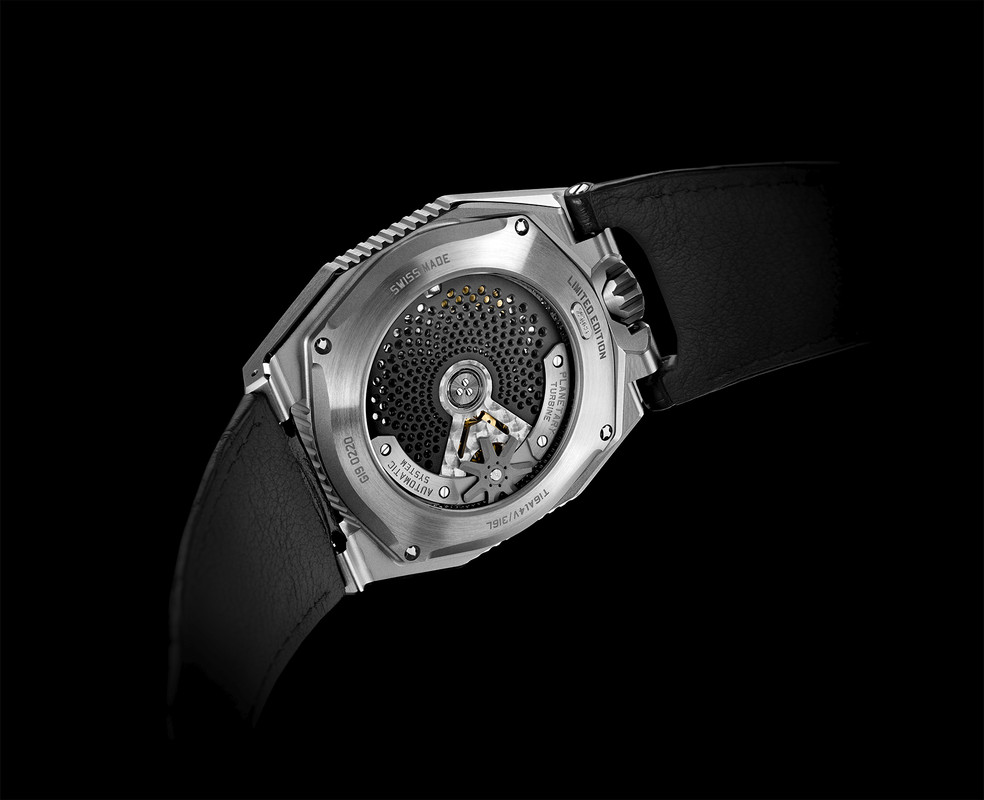 Behind all this is the automatic Calibre 12.01, which beats at 28,800 VPH and has a power reserve of 48 hours. With three base plates in ARCAP, the movement’s rotor is regulated by a flat turbine system, the Windfäng (Swiss German for “air trap”) that minimises shocks to the rotor and reduces over-winding and general wear and tear.

The new UR-100 SpaceTime measures 49.7mm in length by 41.0mm wide, and with a thickness of 14.0mm. It comes in two variants, each in a limitation of twenty-five pieces. The UR-100 Iron is in titanium and steel, and the UR-100 Black in titanium and black PVD treated steel. They have the same RRP of CHF 48,000 (excluding taxes).