Last year, popular Bauhaus-inspired brand Nomos’ Tangente neomatik 41 Update won the ‘Challenger’ category at the 2018 Grand Prix d’Horlogerie de Genève awards. Now, they have launched a new variant of this model, this time with a dark galvanized dial that has added Ruthenium. It is primarily used in an alloy form, added in small quantities to metals such as platinum or titanium to strengthen them.

A member of the platinum group of metals, Ruthenium is a hard silvery-white metal whose discovery is attributed to chemist Karl Karlovich Klaus (aka Carl Ernst Claus) in 1844.

Polish chemist Jedrzej Sniadecki had actually published his discovery of Ruthenium in 1808, but withdrew his claim after others failed to replicate his discovery results. Two decades after this, Ruthenium’s discovery was announced a second time, by chemist Gottfried W. Osann. He also succumbed to the same fate, with his results unable to be replicated. 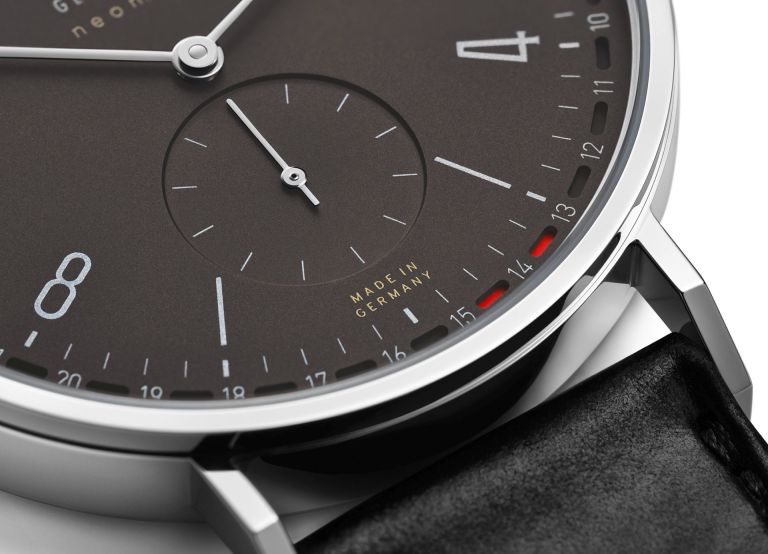 This new watch is in a 41mm stainless steel case with a thickness of 7.9mm. The dark grey dial’s date ring is traditionally situated, but has two red-filled openings that frame the current date. It can be set forwards and backwards with a half-turn of the crown in the relevant direction. 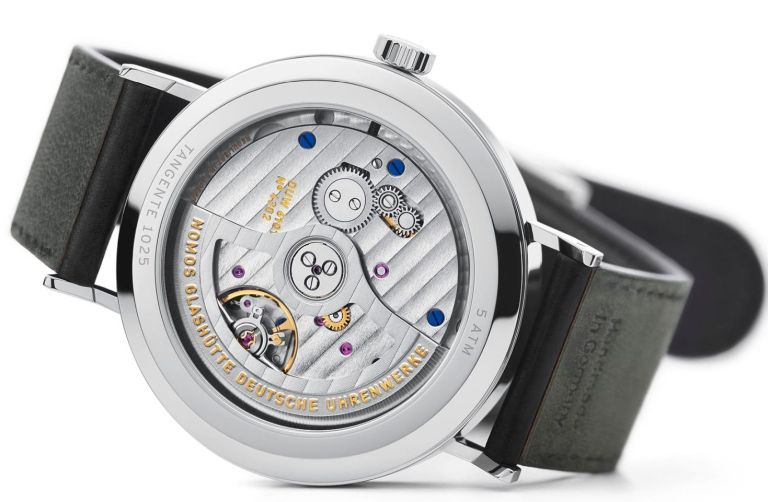 Through the sapphire case back can be seen the in-house automatic Calibre DUW 6101 with a date mechanism/ ring. This movement is the second neomatik movement, the first having been introduced in 2015; Nomos currently has ten in-house created DUW calibres. With a power reserve of forty-two hours, the 6101 features a Glashütte three-quarter plate, rhodium-plated surfaces with Glashütte ribbing and perlage, the Nomos swing system with a tempered blue balance spring, and a bi-directional rotor with gold-plated embossing,

Coming on a black Horween shell Cordovan strap, the RRP is AUD 5,700/ CHF 3,520, available from authorised dealers or directly via their website.