At SIHH 2018 Dubuis released some additional pieces to mark these collaborations, with the launch editions of the Roger Dubuis Excalibur Spider Pirelli Automatic Skeleton in red, blue, and yellow models followed up by one in a simple black with white features, and a more luxurious one in red gold.

First up, let’s look at the black and white Pirelli, featured in the photo at the top.

The 48mm black DLC titanium case is intended to be reminiscent of the racetrack, but this kind of case finishing is a popular modern material, so it can extend beyond any track-related inspiration. The white highlights (including the white rubber coating of the black DLC crown) are also carried through to the contrast stitching on the strap. 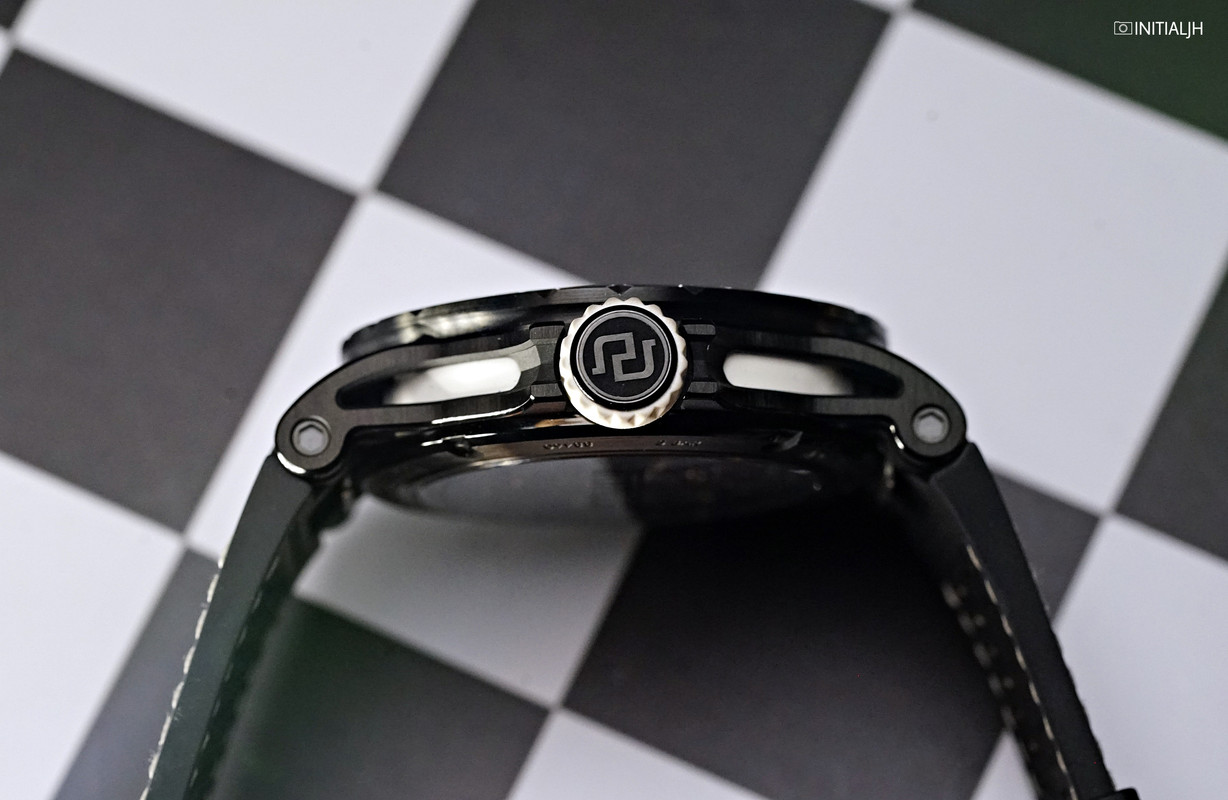 The strap is particularly of note because of its materials – its exterior is constructed of rubber from Pirelli tyres that were used in race-winning cars, and the interior is also rubber, but a softer one, and decorated with their tread pattern. 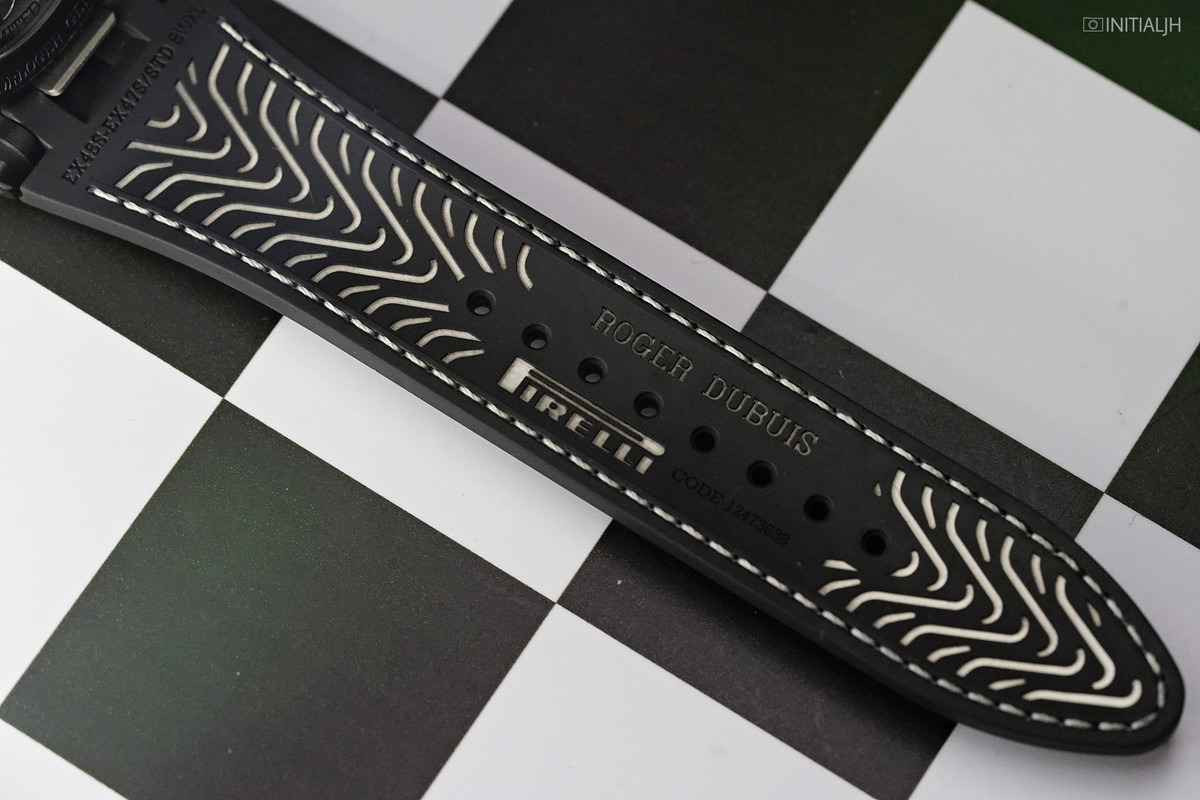 The skeletonised Calibre RD820SQ has the familiar Dubuis star motif, as well as a micro-rotor, and has a power reserve of 60 hours. The movement has 166 hand-finished components, including NAC-coated plates and bridges. 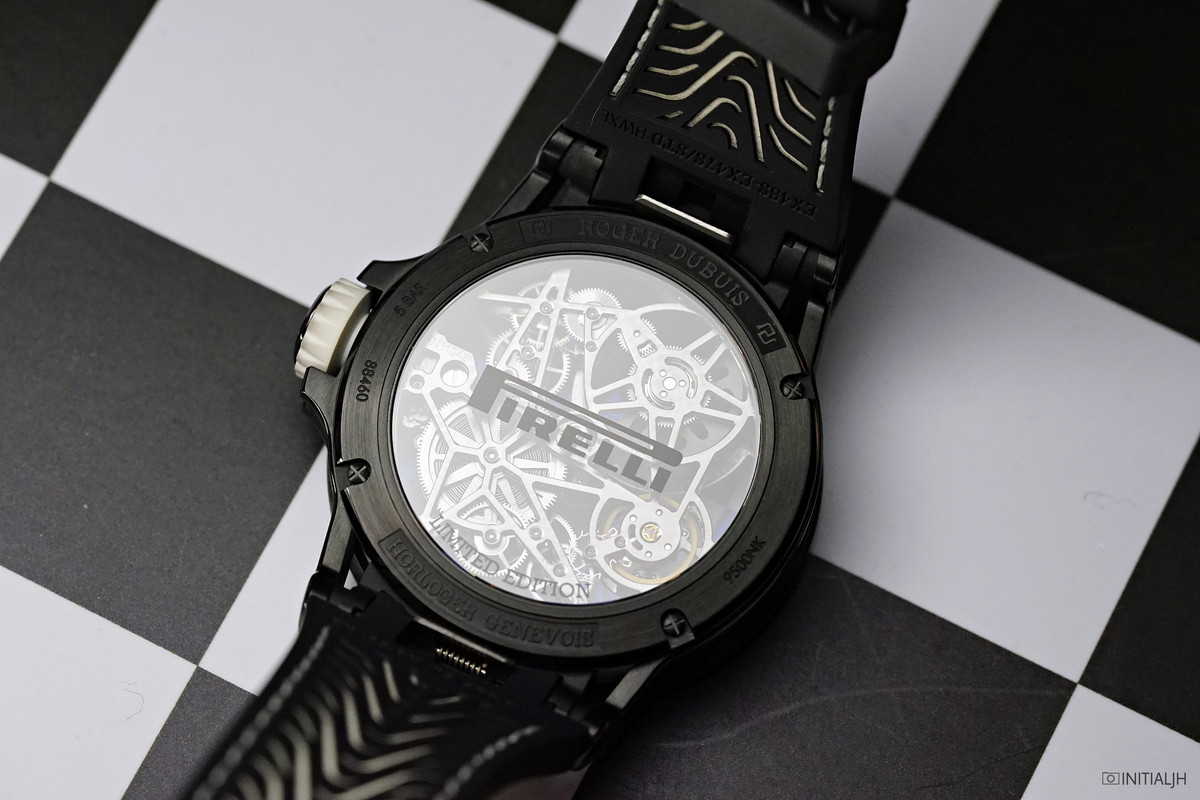 As it states on the back, this is a limited edition (88 pieces).

Next up, we have the new Excalibur Aventador S Pink Gold, joining the previously announced yellow and orange versions which we wrote about at this post. Its 45mm case combines carbon and titanium for its middle, with a rose gold notched bezel atop. 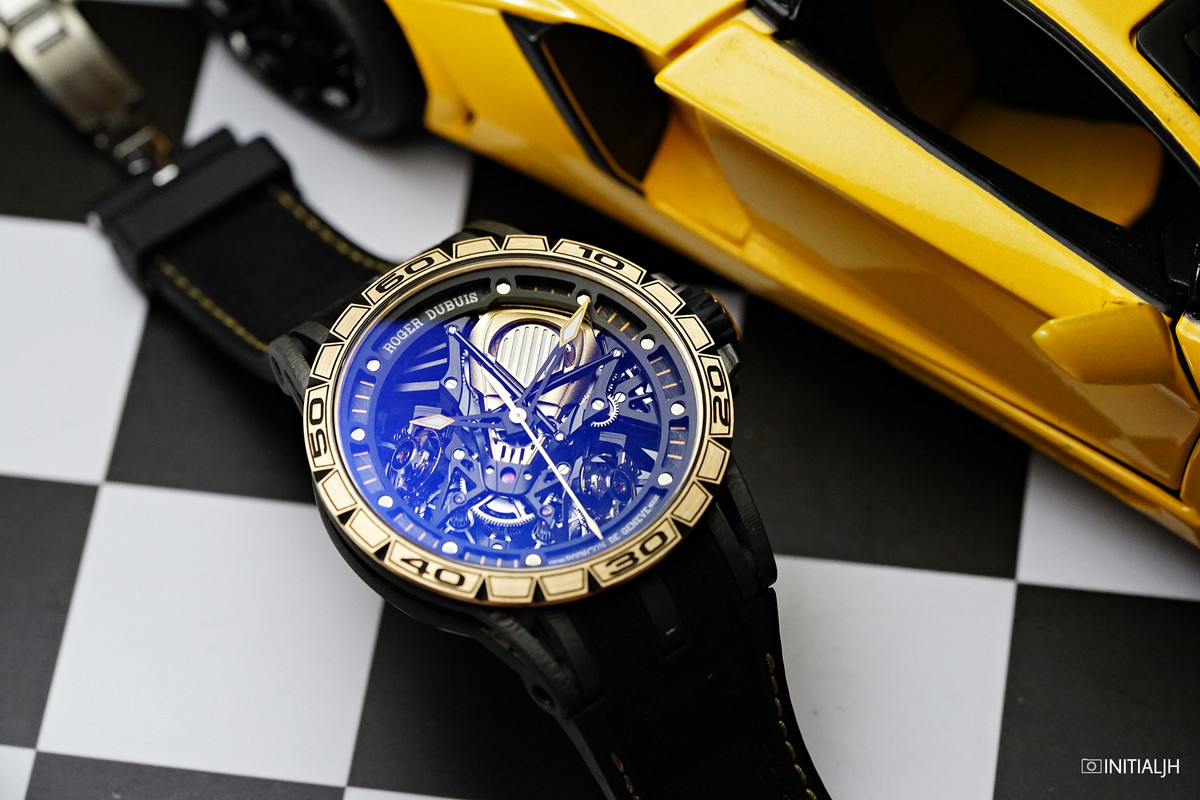 All the Aventador S models use the Calibre RD103SQ, a variant of the Quatour movement, and very clearly evoke the design of the engine of the Aventador S. It has two balance wheels tilted at 90°, mirroring the position of the cylinders in the engine. The movement beats at 57,600VPH and has forty hours of power reserve. 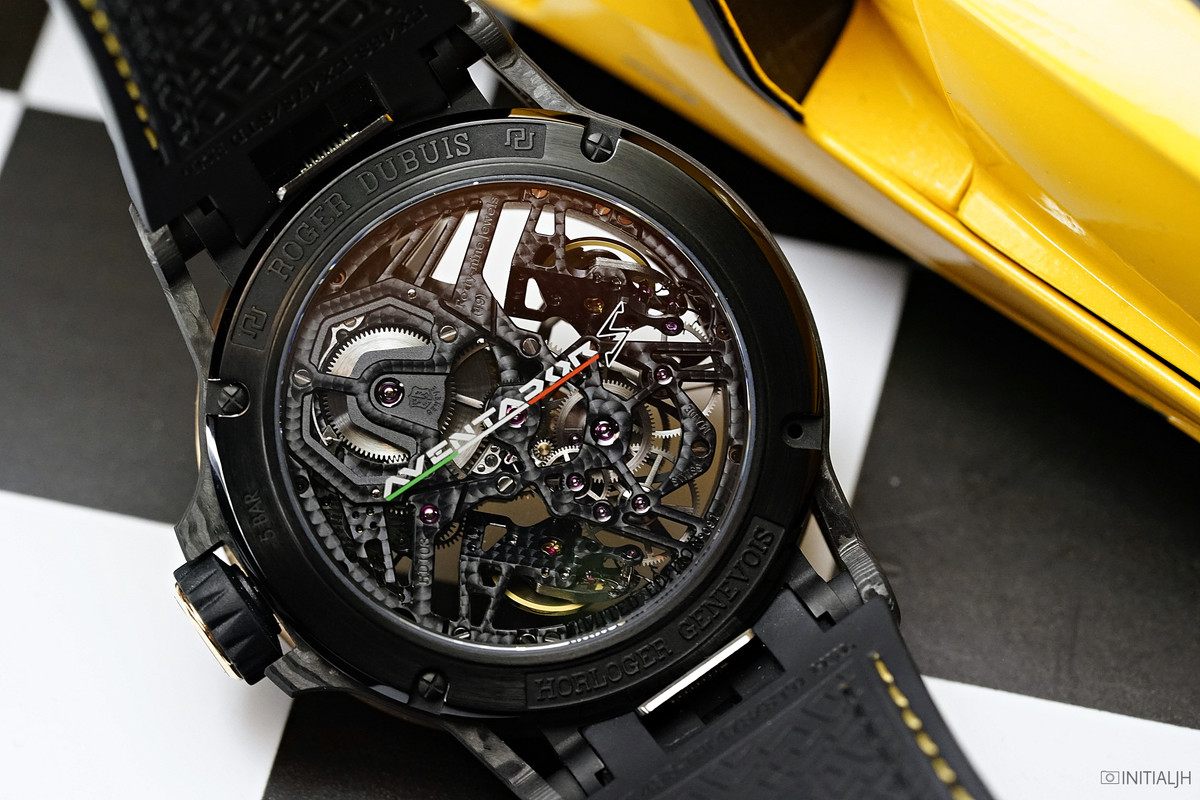 Rose gold is not just used for the bezel and on the movement, but also for the hour indices, while the hands are made of black-coated gold with luminous SLN-filled tips. The rose gold crown is has black rubber molded over it as well.

One of the noticeable micro themes of the SIHH 2018 was quick release straps, something which also features in this watch. The strap itself is, again, made of two materials; a black rubber base and an Alcantara inlay. The latter is the material that is used in the cockpit seats of Lamborghinis. 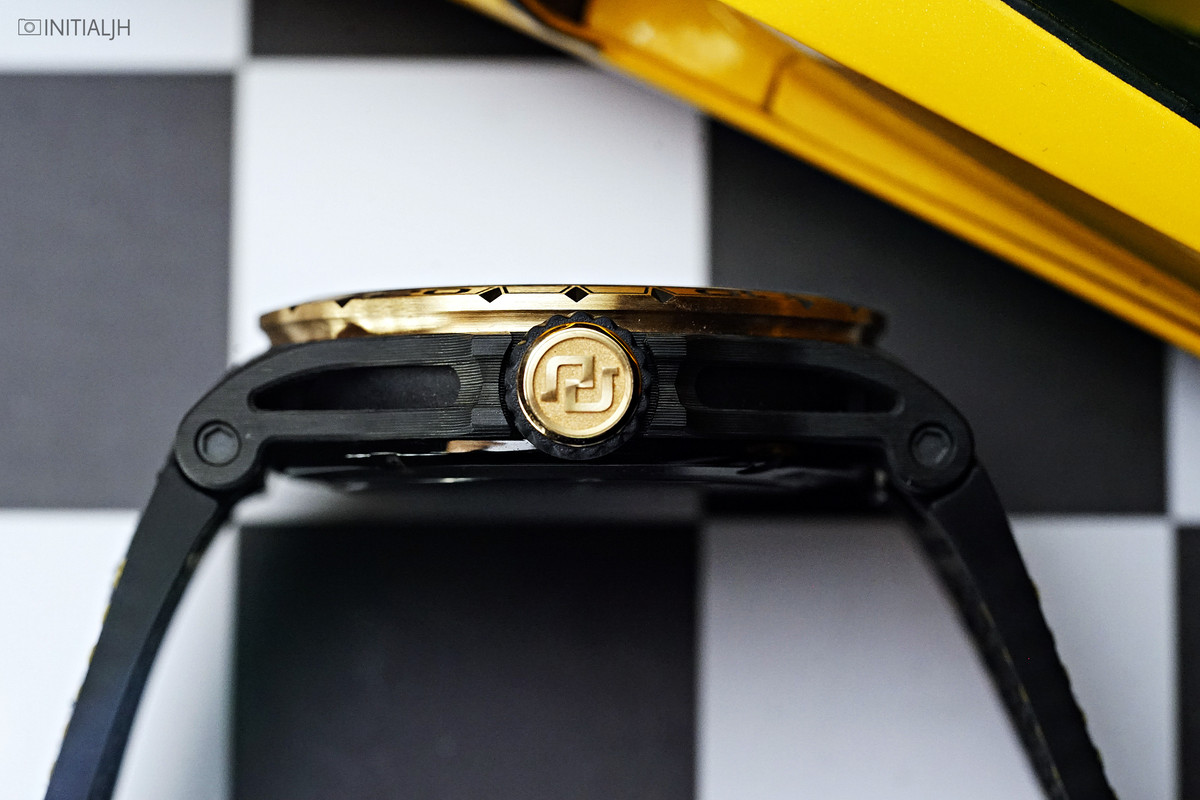 The Aventador S Pink Gold is limited to 28 pieces.

Finally, we have the other new Aventador model that was launched at the same time, the very striking Aventador S Blue. It shares all the same specs and design features as the Pink Gold edition above, but its case constructed from the same C-SMC carbon used in Lamborghini cars. The material which is molded into the case and crown in this instance is blue rubber. 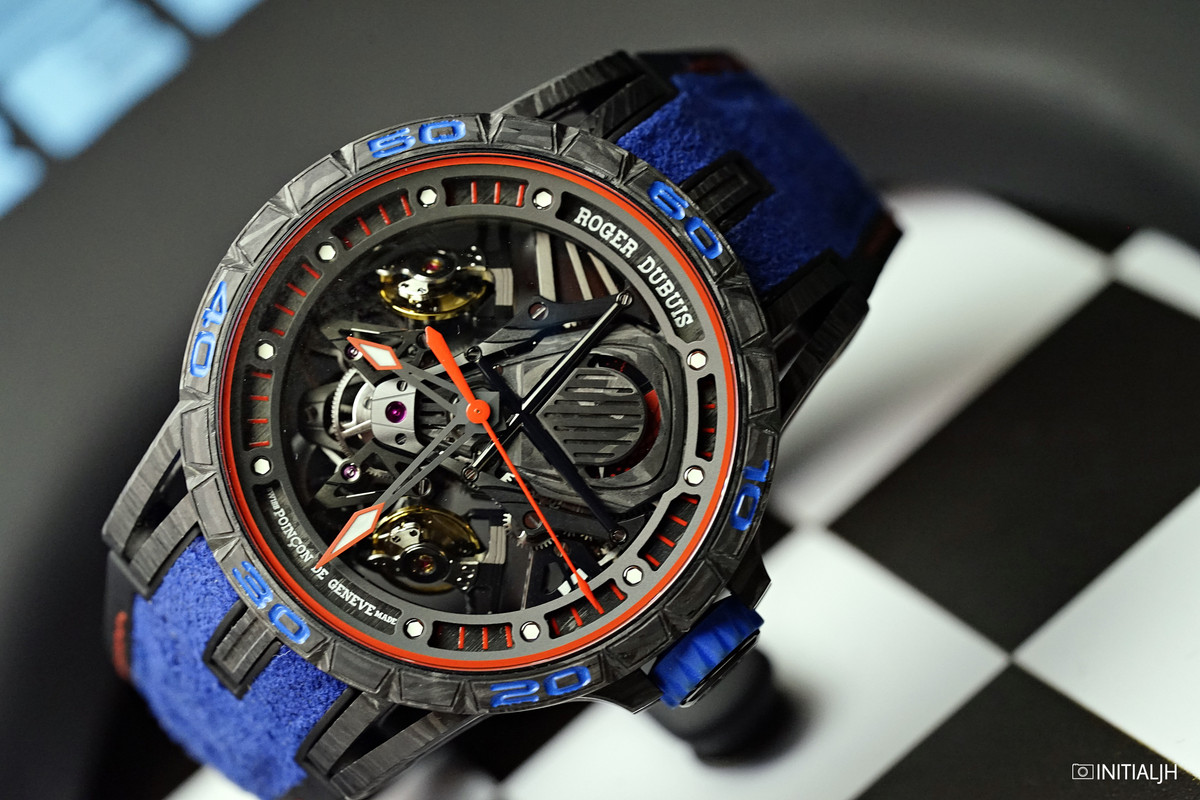 Its strap carries the same core blue-black colour scheme with the red accents now in the form of contrasting stitching. 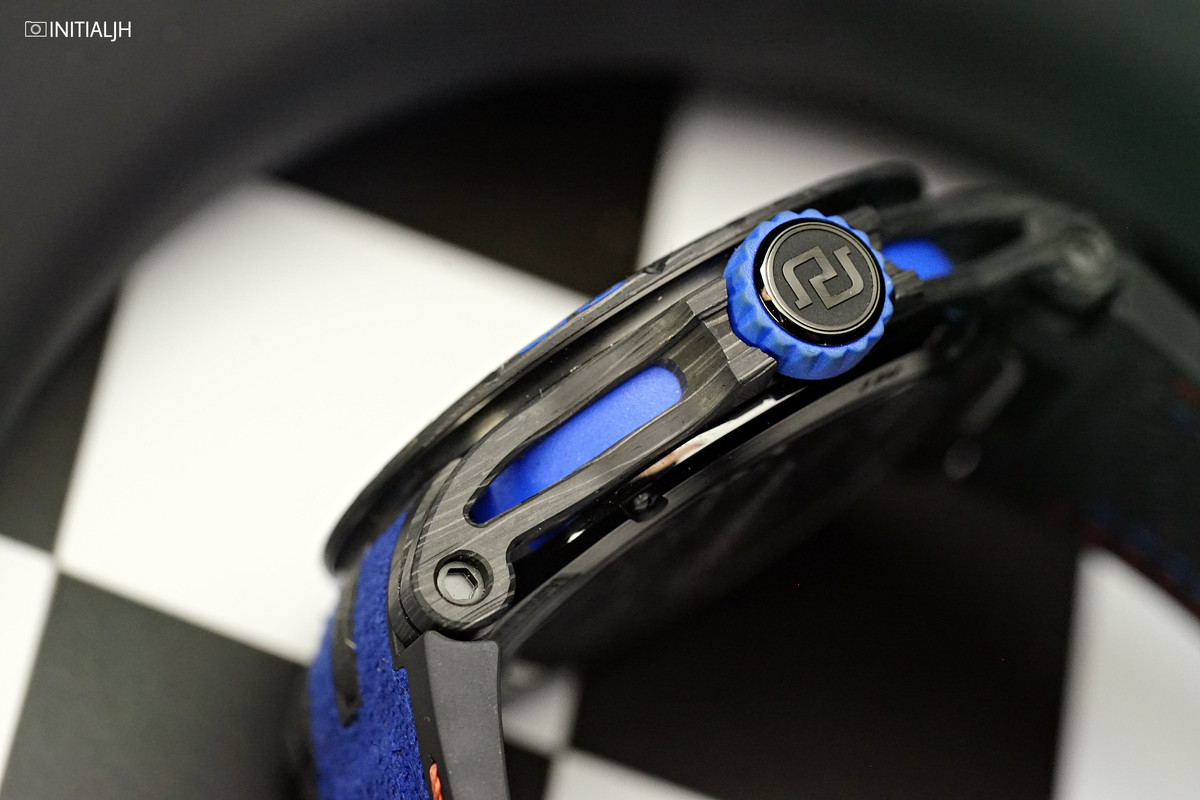 The Aventador S Blue is, like the black and white Pirelli piece featured in this article, limited to 88 pieces.