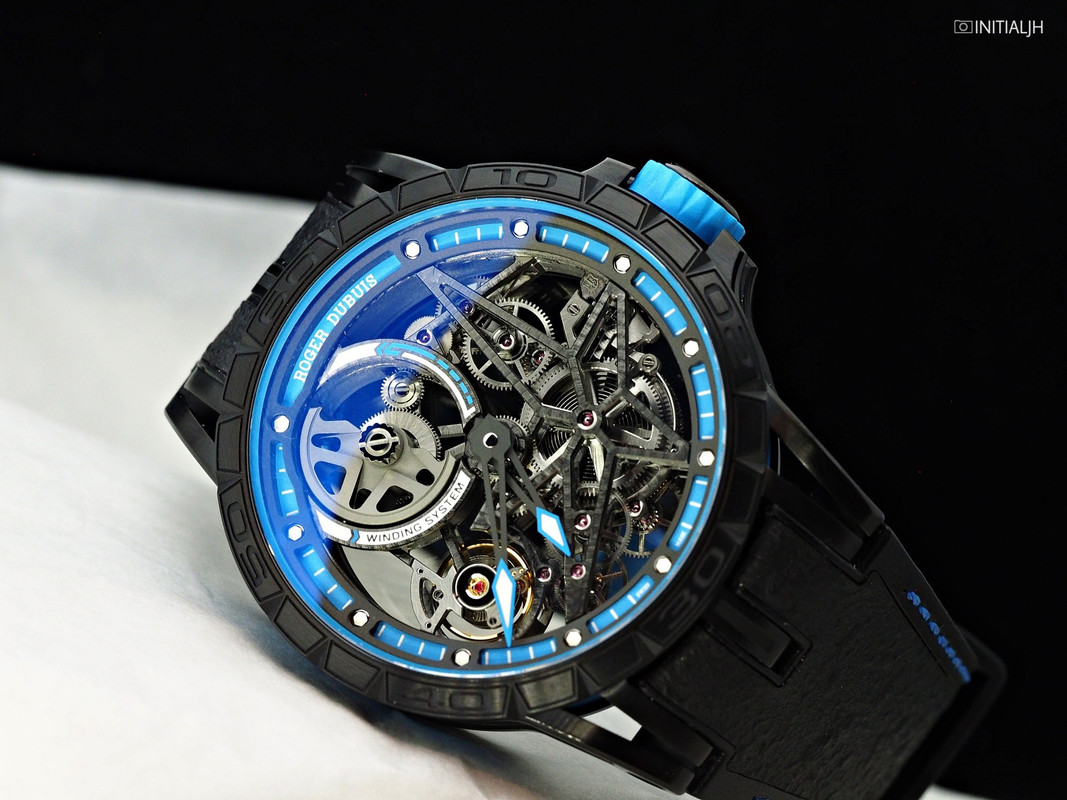 Now, they have continued down the motor route, with the announcement of a partnership with Lamborghini resulting in the new Excalibur Aventador S, a 45mm watch coming in two variants. What is most interesting about this is that it comes with a new calibre inspired by the Aventador S engine. The automobile link is not just about say colour schemes, with the watch inspired by the design of the Huracán Super Trofeo EVO’s engine.

Along with this collaboration came of course a further announcement – that Roger Dubuis will become one of the main sponsors of the Lamborghini Super Trofeo.

There are two limited edition models; eighty-eight in ‘Giallo Orion’ yellow (a multi-layered carbon and titanium case with yellow rubber moulded over it) and eight in ‘Arancio Argos’ orange, the latter made in C-SMC carbon (carbon sheet moulding compound) casing. It is a material that Lamborghini uses in its cars, but the Aventador S is the first time that C-SMC carbon has been used in a watch.

Both of the new models are 45mm sized cases with a thickness of 14.05mm and 50m of water resistance. They feature the distinctly Dubuis Spider skeletonised dials, with a rhodium-plated flanges in black and either yellow or orange, as well as gold hour and minute hands coated with PVD. There’s also a yellow (or orange, respectively) jumping seconds hand.

The yellow model’s bezel is made of multi-layered carbon. The crown is made of black DLC titanium over which yellow rubber is moulded. The skeletonised dial features a skeletonised chapter ring that is rhodium-plated with a black and yellow flange. Indices are filled with luminous SLN. Hands are black PVD coated 18 carat gold with lumed colour matching tips.

The orange model’s case, as mentioned, is C-SMC carbon, with a titanium container that has orange rubber moulded over it. The fluted C-SMC carbon bezel has orange markings and the skeletonised dial has a chapter ring with a black and orange flange. The hands are also black PVD coated 18 carat gold, with matching orange tips. As is similar to its yellow bethren, the titanium black DLC crown has colour matching rubber moulded over it. 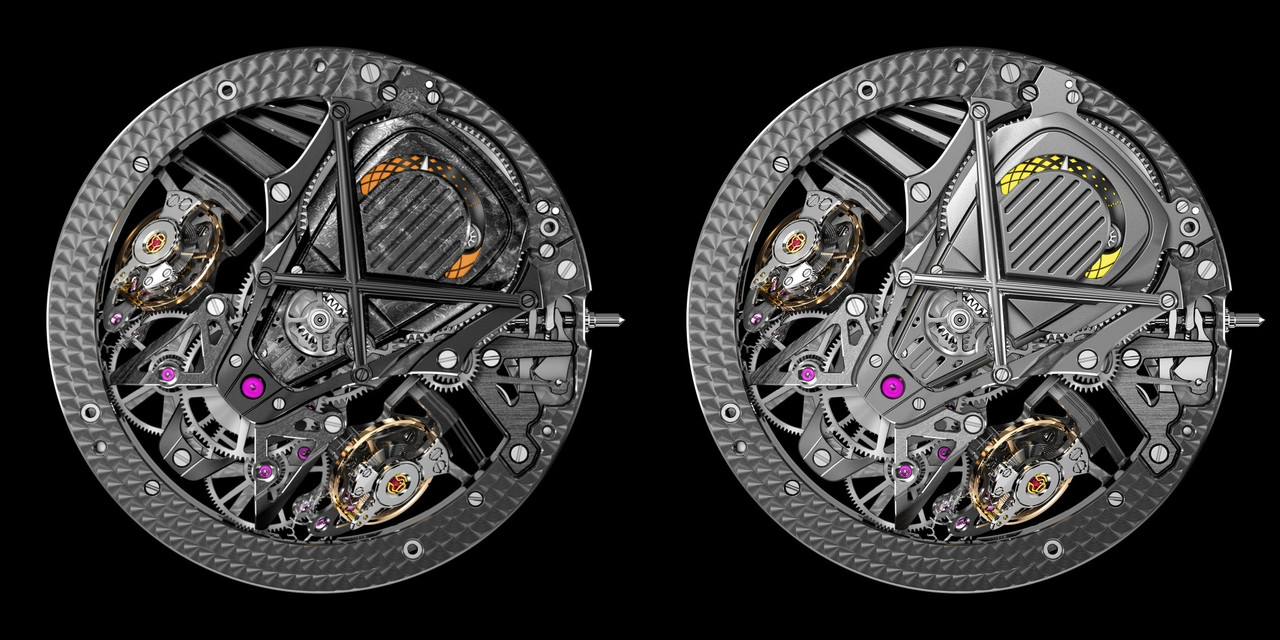 The watches are powered by the new Calibre RD103SQ, a variant on the Quatour movement, and inspired by the engine of the Aventador S. It has two balance wheels tilted at 90°, mirroring the position of the cylinders in the engine. The movement beats at 57,600VPH and has forty hours of power reserve. It being Roger Dubuis, the movment has Poinçon de Genève certification.