You may recall our earlier post about the 1770 Micromégas. It was Manufacture Royale’s first watch containing an automatic in-house calibre and also had another first, a double tourbillons with two different speeds – the left a six second revolution tourbillon and the right, a more common one minute one, connected through a differential which draws power directly from the same barrel. 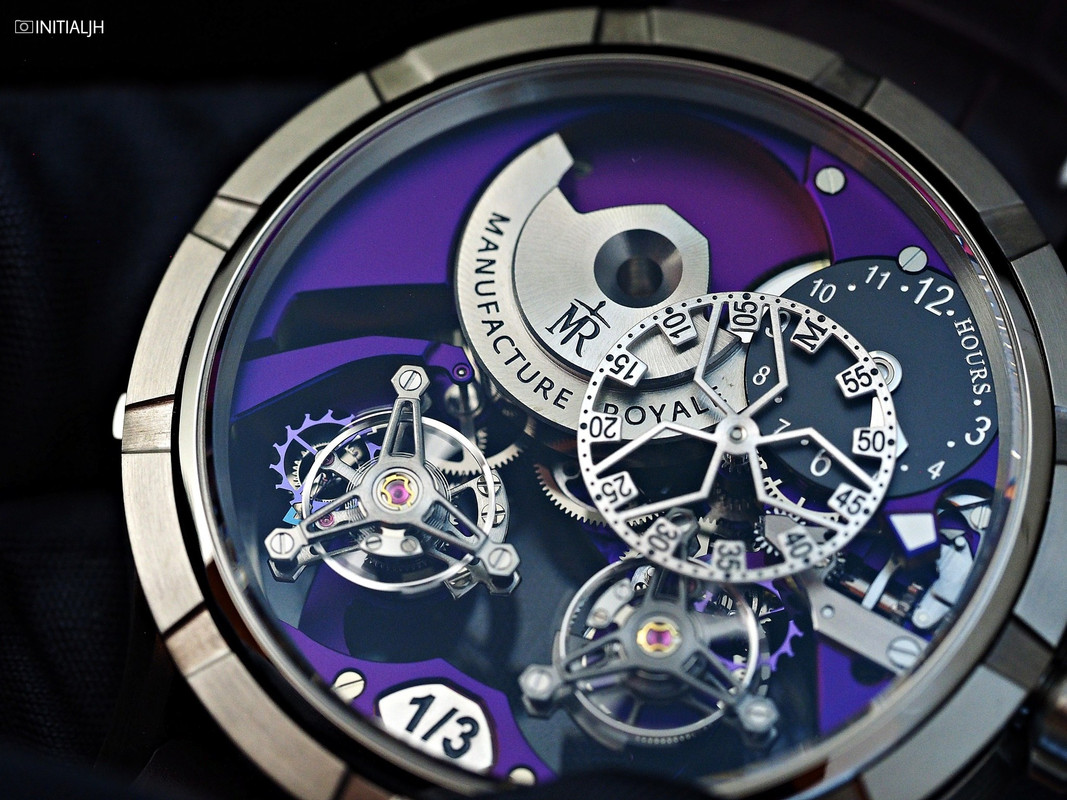 Earlier this year we had the opportunity to see the 1770 Micromégas Révolution, which also has two tourbillons with same (different) rotation speeds; the one on the left again with a six second revolution and the one on the right, a one minute one. The two balances oscillate at different rates, the one in the faster tourbillon at 4 Hertz, the one in the slower tourbillon, at 3 Hertz. The output of both regulators is averaged out by a torque stabiliser.

The two tourbillons aren’t just different in speed but also material, with the faster one’s cage made of titanium and the other, in brass. The escapement wheel and pallets are in silicon to reduce friction.

Unlike the 1770 Micromégas in the earlier link, the two tourbillons in the Micromégas Révolution limited edition no longer dominate the dial, which has been opened up, with the movement’s micro rotor now visible.

Time telling wise, there are two parts, a dial for the hours, and a skeletonised disc with a pointer indicator in red or white, showing the minutes.

The familiar 45mm case with a notched bezel and sidebars comes in a total of three titanium and rose gold versions. The two in titanium cases have either purple bridges and main plate and black hour sub dial, or blue bridges with silvered sub dial. The third version in a pink gold case has khaki bridges. These colours are created by a CVD (chemical vapour deposition) treatment based on metal oxides. 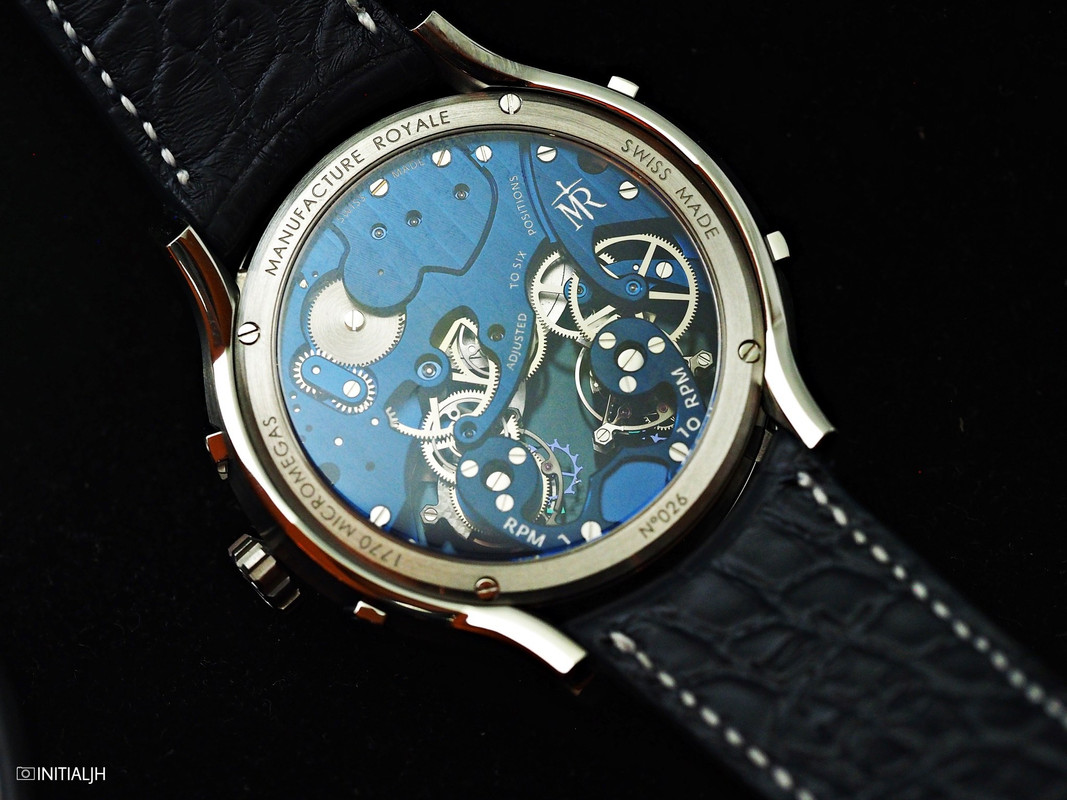 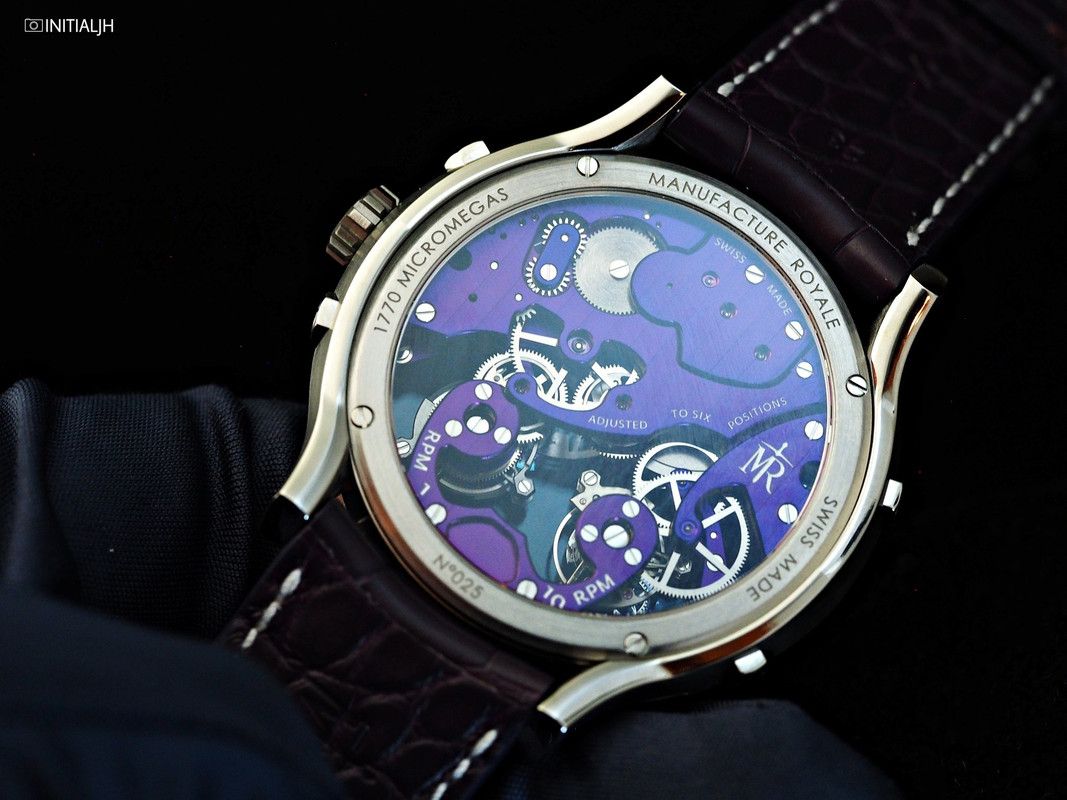 The use of strong colours for these new watches is in line with Manufacture Royale’s tendency towards bold dial colour choices for their watches and their very distinctive strong personality in watch design. The purple one is particularly striking but the khaki and rose gold combination, the most intriguing. 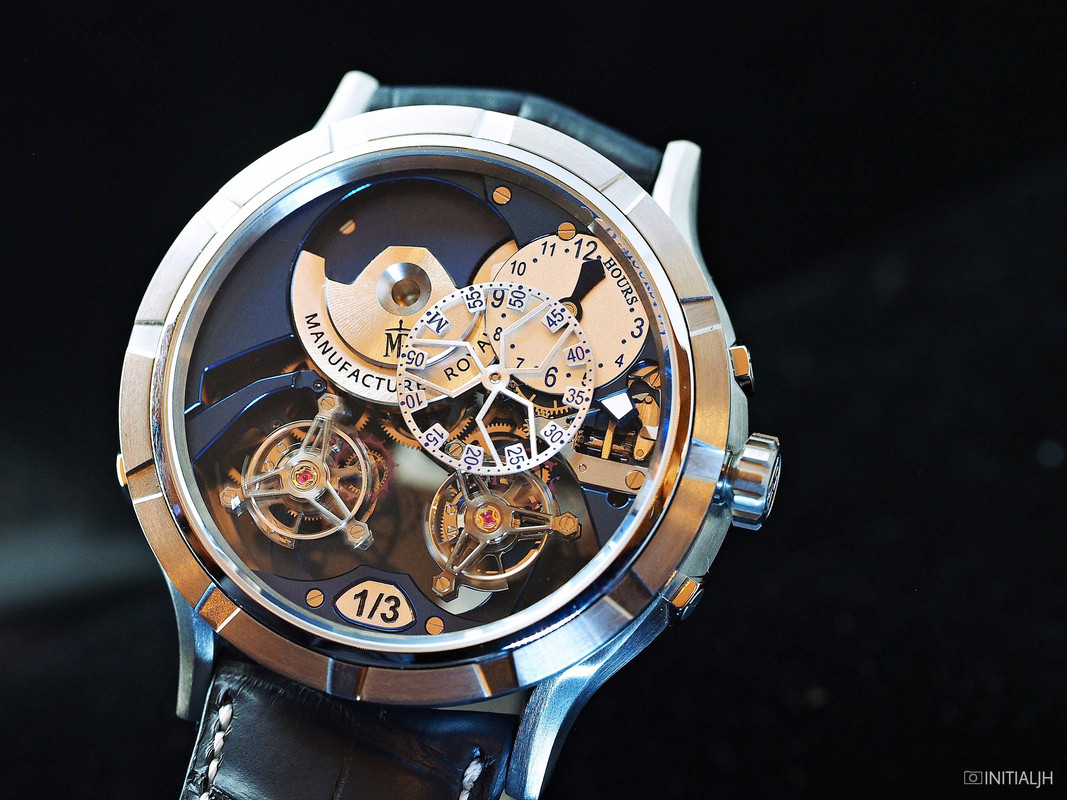 Coming on alligator straps with folding buckles, the blue and purple titanium versions have an RRP of CHF 142,000. The pink gold version is CHF 164,000.