Today we bring you not one but two new releases from Ulysse Nardin that are heavily vintage inspired, launched at the SIHH 2017. They seem to have gone under the radar compared to the more high profile Marine releases from Ulysse Nardin, but they are interesting for what they might say about possible future vintage-themed pieces, and also because they have decided to raid the archives, something that they are not in the habit of doing.

Firstly, we have the Diver Le Locle, based on a 1964 scuba divers’ watch, something acknowledged on the case back. When seeing Ulysse Nardin’s pieces this was one of the new pieces that stood out for me both because of its clearly vintage ‘look’ and because it was markedly more low key than many of the other new pieces.

The original watch on which this is based was 38mm, which would have been a perfectly decent size for a re-release, but watch brands tend to like to increase the sizes of re-releases/ homages, and it is thus with this one, which is 42mm. To balance out the increase, in terms of how it wears, it is important to note that it is still quite a slim watch.

With a water resistance of 100m it’s probably going to match the mostly desk diver attributes of most dive watch wearers (myself included), but the watch does have a black aluminium bezel and the requisite illumination for divers courtesy of Super-LumiNova on the dial markers and hands. 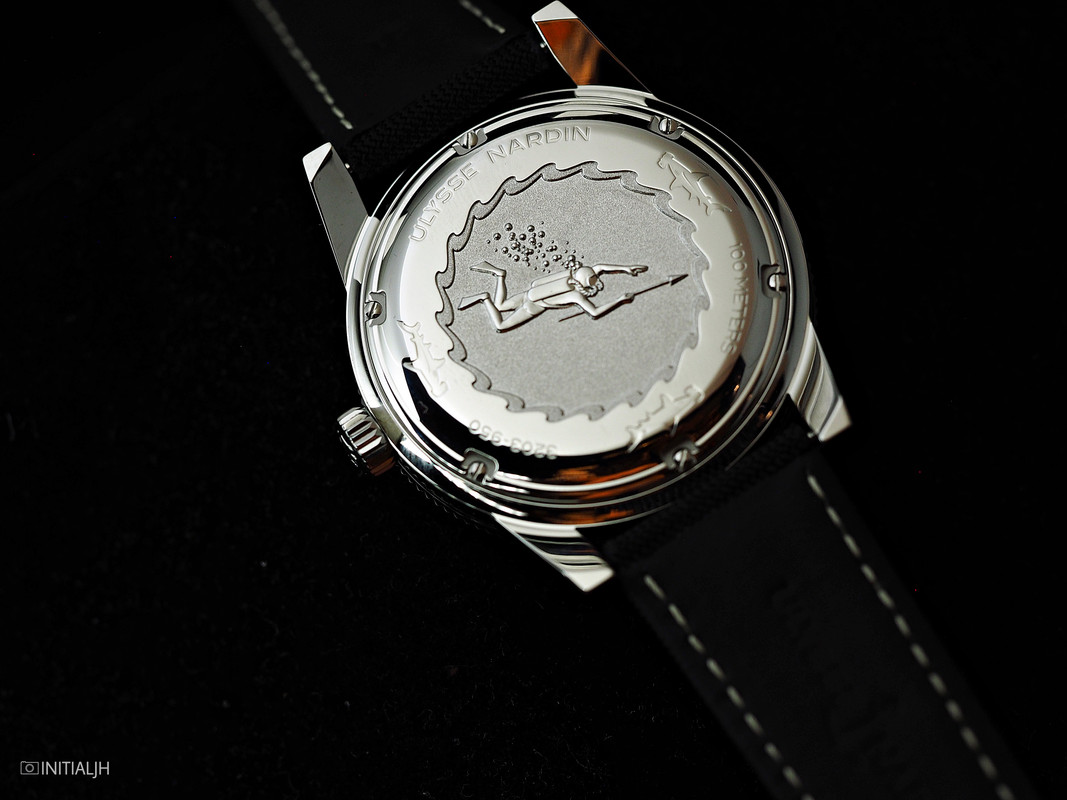 The overall look of this, with the dark dial, simple markers etc, reeks of the period, but along with the increase in size, the date window and small seconds sub dial (as opposed to a central seconds hand) are concessions to modern times and what many watch buyers seem to want nowadays, particularly the date window.

Hidden behind the aforementioned solid case back featuring the 1964 scuba diver is the Calibre UN-320, which also finds itself powering the next watch. 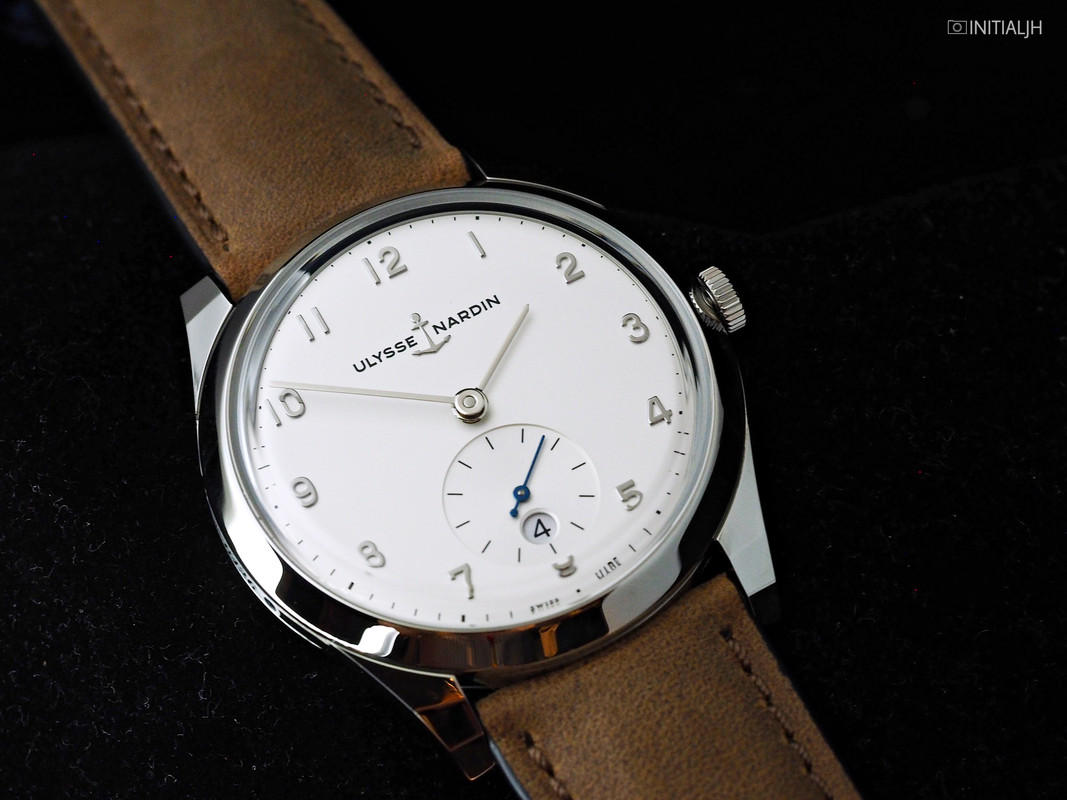 Now onto the Classico Paul David Nardin (named after Ulysse Nardin’s son), another watch that positively oozes the classic dress watch styling of 1940s and 1950s. It is based on a 1945 watch, from the simple stainless steel case to the dial colour, the typeface of the numerals, thin pencil hands, and even the small sub-seconds (with a blued hand). It is on the latter that we again find a new date window, one that stands out considerably more than the one added to the Diver Le Locle.

I know that date window on remakes/ homages are often consumer-driven decisions, but for this one, I can’t help but think that leaving it out would have made for a cleaner dial. It is a nice looking dial but for me, and I know this is highly subjective, without the date it might have been an even nicer looking dial.  Covering up this convex dial is a domed sapphire crystal. 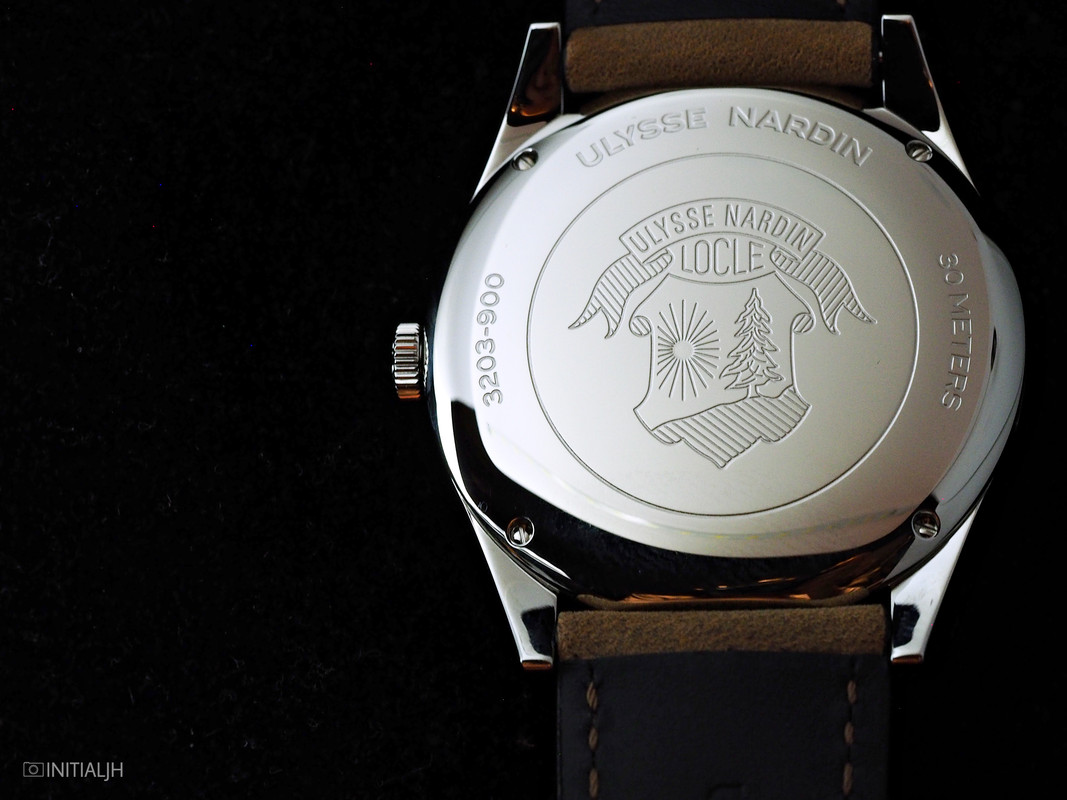 As mentioned, beneath the nicely simple engraving on the domed back is the automatic Calibre UN-320. As you can see, this is also a slim watch, but yes the size has also been increased, from the 33mm of the original to 39mm now. An increase that makes sense, to a size that suits.

Two very different watches with the same movement at almost identical prices – which would you choose?