You may recollect an earlier post about one of Vacheron’s most well-known contemporary pieces, the 37 time zone Traditionelle World Time, in pink gold. A couple of months ago they brought out another 18K 5N pink gold version but this time with a pink gold dial, plus an 18K white gold version.

A quick recap of the dial and functionality.

When Vacheron Constantin introduced its Patrimony Traditionnelle World Time it was the first mechanical watch that showed the time in 37 time zones (most world timer watches feature 24 time zones),  along with a day/ night indication courtesy of the shading on the map. Moreover, it was also notable on its release for the fact that there is only one crown for making all adjustments. 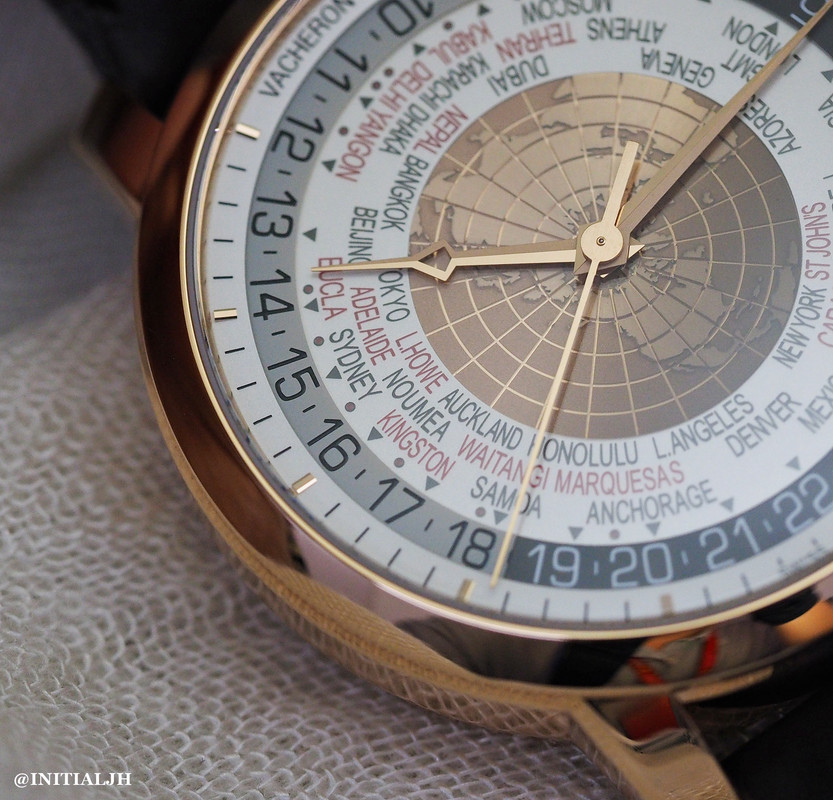 The display consists of three dials: a sapphire dial with the rotating day/night indication shading (18:00-06:00 being the darkened area), a metal dial with a Lambert projection map, and a metal chapter ring. To use it, you choose the reference point and put it at the black triangle at 6 o’clock. The time at the reference point can then be read either via the traditional hour or by the 24-hour disc, and the other time zones via the disc. The cities in black text are the full time zones, whilst the cities in red text are half or quarter-hour zones. It is all operated/ adjusted via a single crown. 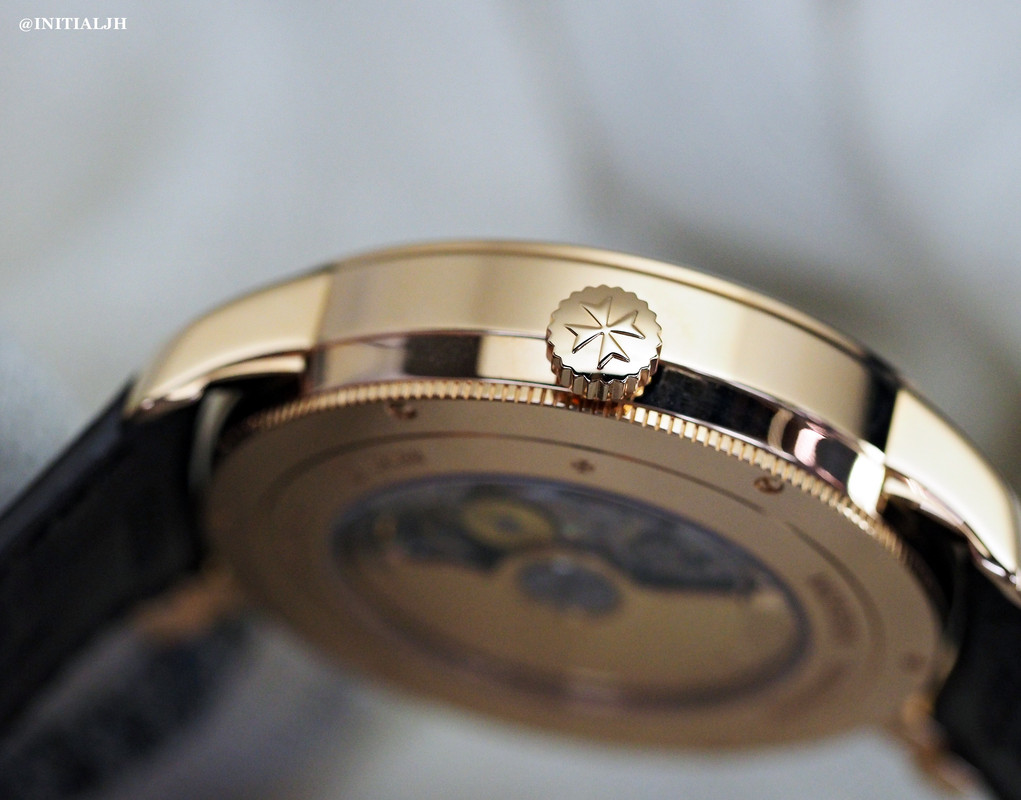 Johann Heinrich Lambert was a German/French mathematician and scientist who in 1772 released his Conformal Conic (LCC) projection in his publication ‘Anmerkungen und Zusätze zur Entwerfung der Land- und Himmelscharten’. Today the Lambert Conformal Conic projection has become a standard projection for mapping large areas (small scale) in the mid-latitudes – such as USA, Europe and Australia.

What the LCC does is to set a cone over the Earth’s sphere and project the surface onto the cone, which is then ‘unrolled’ and scaled, with scale decreasing between the two parallels and increasing outside them.

The main novelty of this new edition of the Vacheron Constantin Traditionnelle World Time is its dial and the map. Previously painted in blue and white as per the link in the first paragraph, the map is now made of solid gold, 3D-engraved, and with raised continents with a sun-brushed finish and sand-blasted seas. A geometric pattern on the top helps to locate the 24 main time-zones. The inked 24-hour ring has also been redesigned, with a darkened area from 18:30 to 06:30. 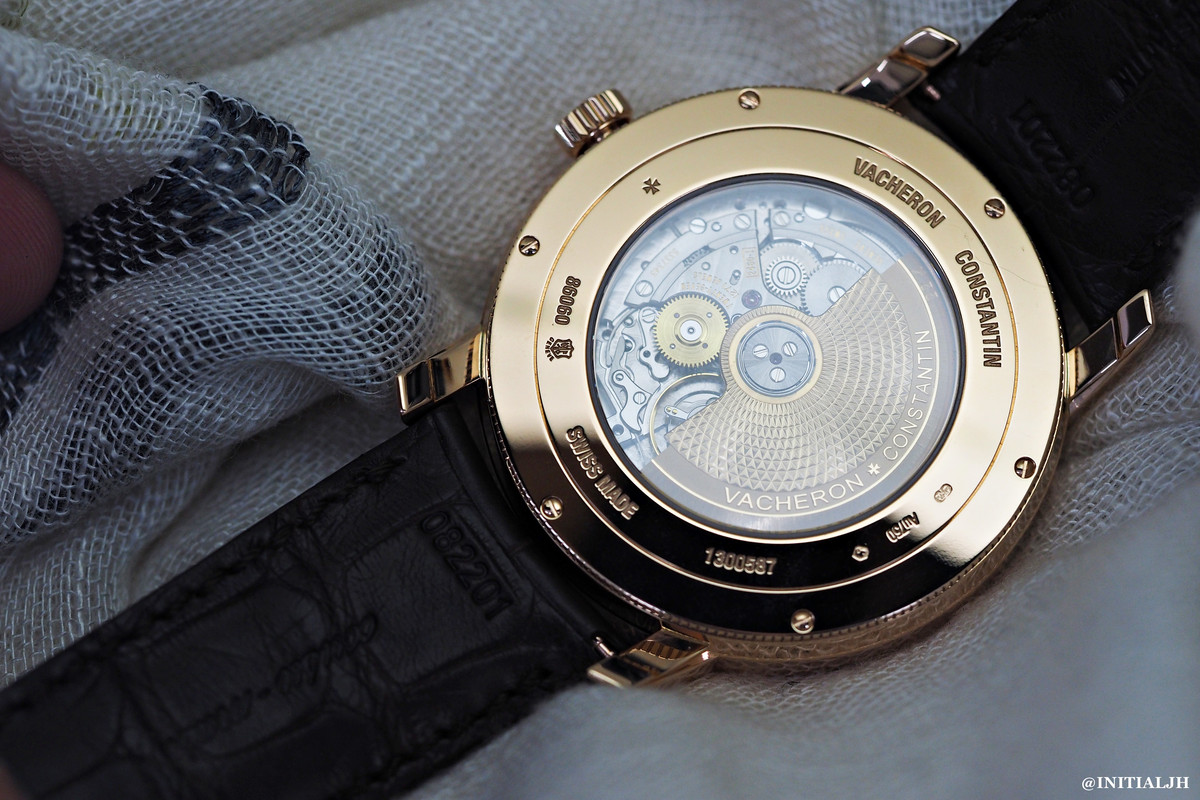 The rest is the same. Inside is Vacheron Constantin’s in-house designed/ developed/ manufactured Calibre 2460WT automatic movement with a gold oscillating weight, 28,800 VPH and a forty-hour power reserve. The movement itself is a rather significant 36.60mm, which means that the watch case is 42.5mm. 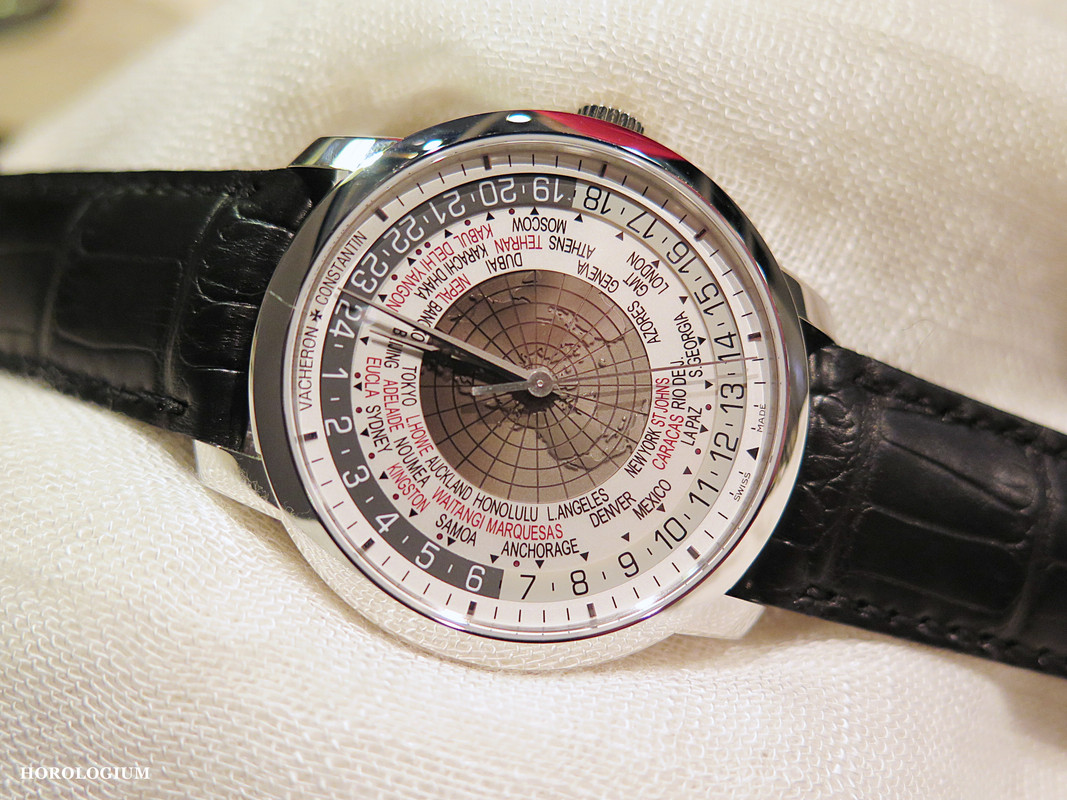 As mentioned at the outset, as well as this model Vacheron Constantin also released a new 18k white gold version at the fair, with a white gold dial. 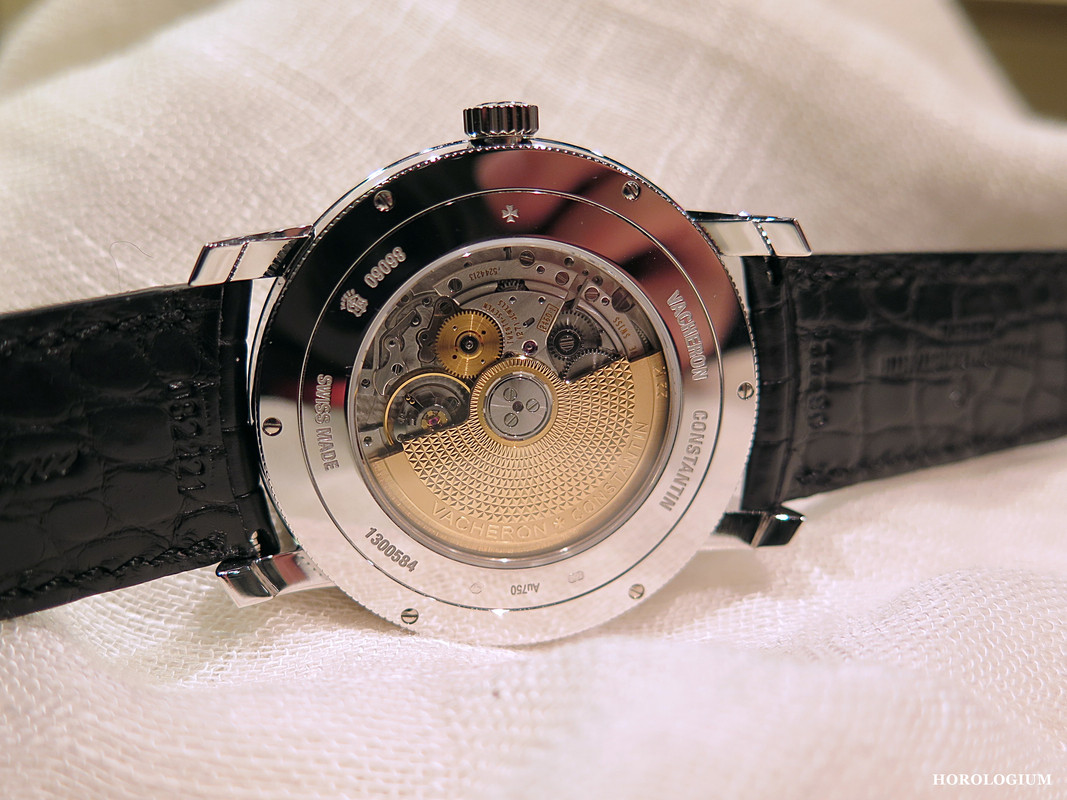 Again, the basic specifications are the same with this new model, the differences lie in the metal and the dial.

Changes in colours (and textures) can completely change the look of a watch, and much of the watch world is about providing choices that are variations along a basic theme. These new dials have their appeal (especially the pink gold version, which is rather elegant) but for me, the original pips these at the post. I have suspicions that this may be because of an unconscious perhaps rather conservative predilection towards blue for projection maps on watch dials.

For more information on both, click here, and now it’s time for all of these time zones to make their way into 2016 one by one.

See you on the flipside.