As most of you will know by now, 2015 is IWC’s year of the Portugieser.

As you all know 2015 is IWC’s year of the Portugieser, with a new collection having been launched at SIHH 2015 to celebrate its 75th anniversary that included an Annual Calendar (their first) containing a new movement, the Cal. 52850, and with which we spent a few ‘on the wrist’ days a little while ago. You can read about that experience, and our thoughts at this link.

Today it’s about the Portugieser Yacht Club Chronograph. A model first launched in 2010, this newer version uses the same IWC Calibre 89361 with its 68-hour power reserve. 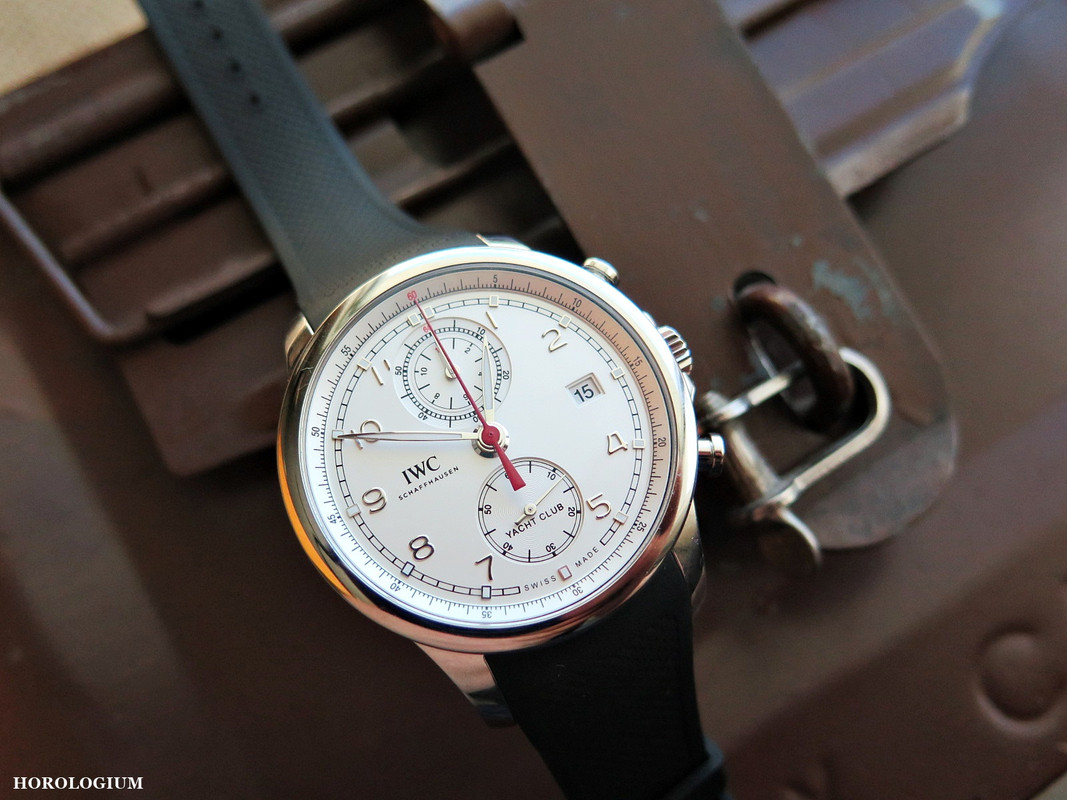 As mentioned in this recent post about a 1970s Yacht Club, the first of the Yacht Clubs, the Yacht Club Automatic, was launched at the Baselworld 1967. Inside the original Yacht Club was the Calibre 8541 with date display and Pellaton bi-directional winding system. The stainless steel Yacht Club was water resistant to 100m and 60m for the gold version, via a crown mechanism that automatically tightened the seals as water pressure increased.

The new Yacht Club Chronograph is smaller, down from 45.4mm to 43.5mm. In wrist terms, that’s actually quite a difference. Heightwise, the new model is 14.5mm. With the (flyback) automatic IWC Calibre 89361 inside and a case water-resistant to 6 bar (part of its ‘sporty’ bit), the Portugieser Yacht Club Chronograph is the only Portugieser model with lumed hands and indices and comes on a rubber strap to complete the sports look. 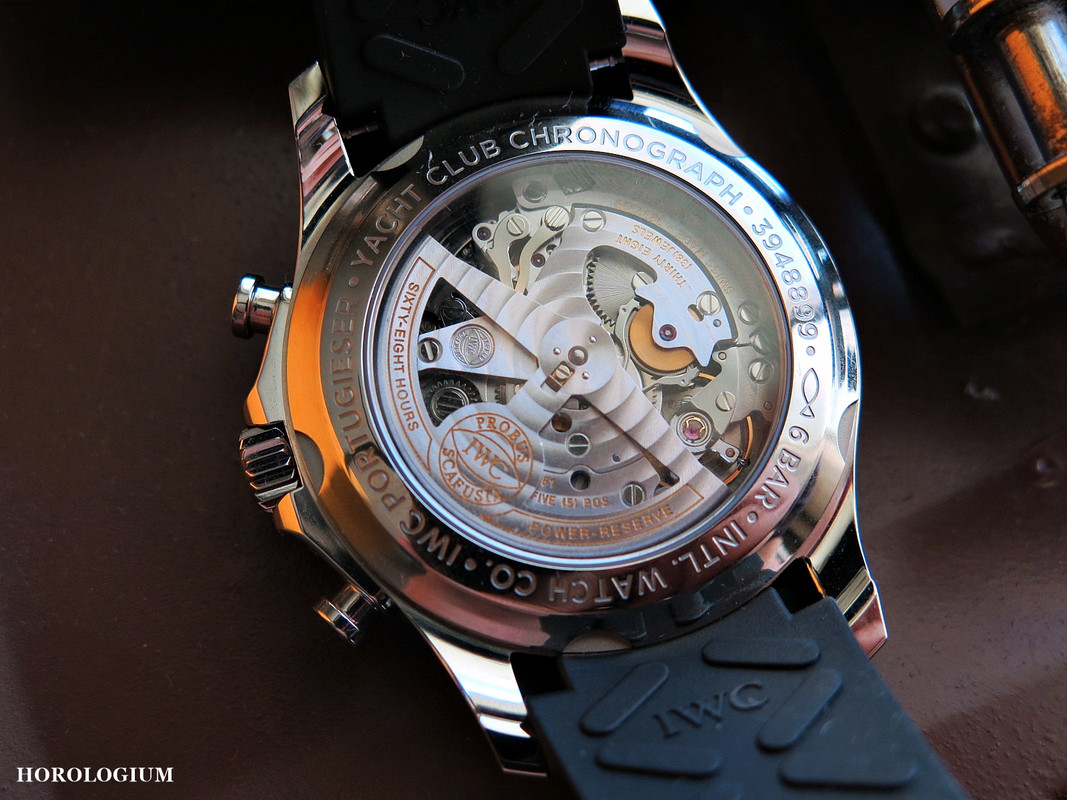 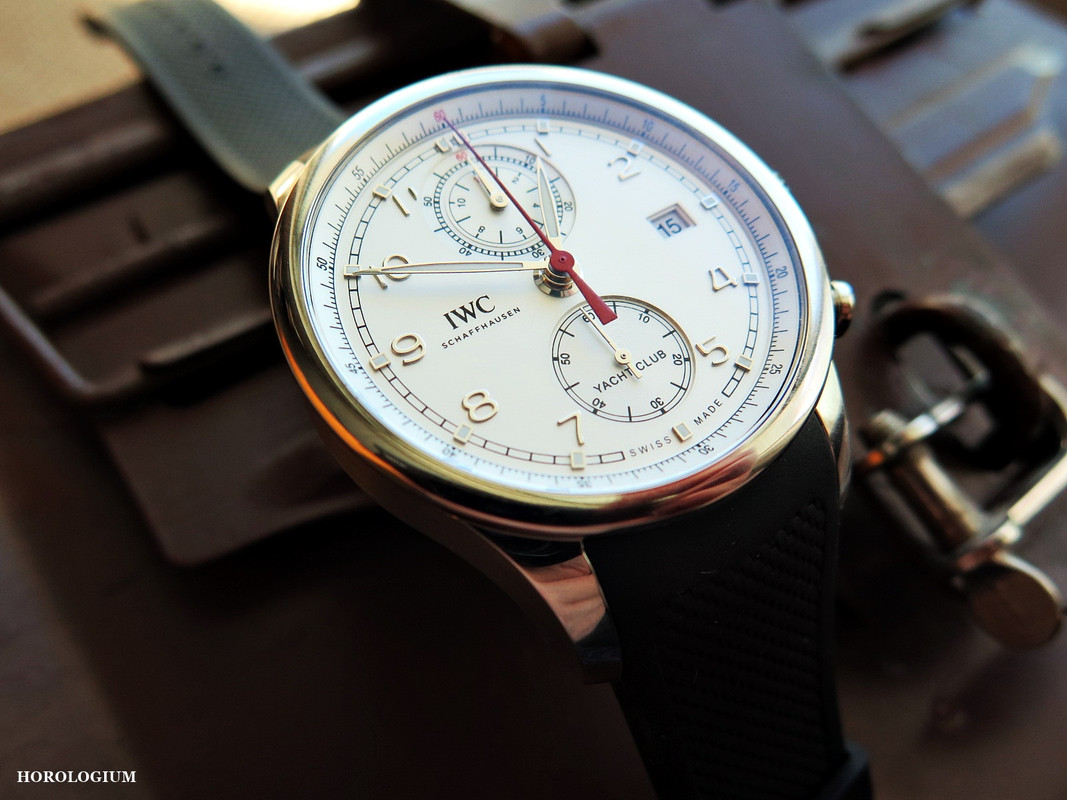 As mentioned above, we took a look at a 1970s Yacht Club not too long ago, and thought it might be fun to take a photo of these relatives together. 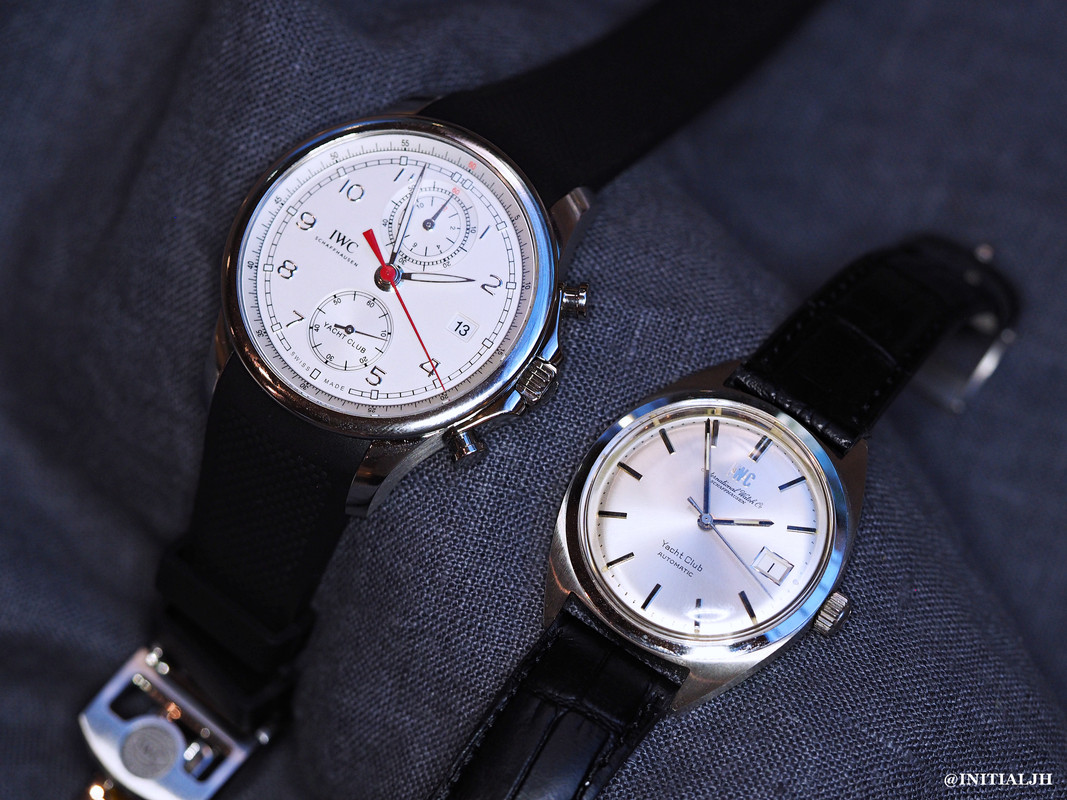 Of course they are quite different; each was created for different eras and thus different markets for starters, but they do share certain attributes at a glance – both have been created to be very practical sturdy watches with no extra frills, but also to be slightly dressy (and in that, versatile from a ‘wearing’ point of view) as well. You can wear these both dressed up and dressed down. 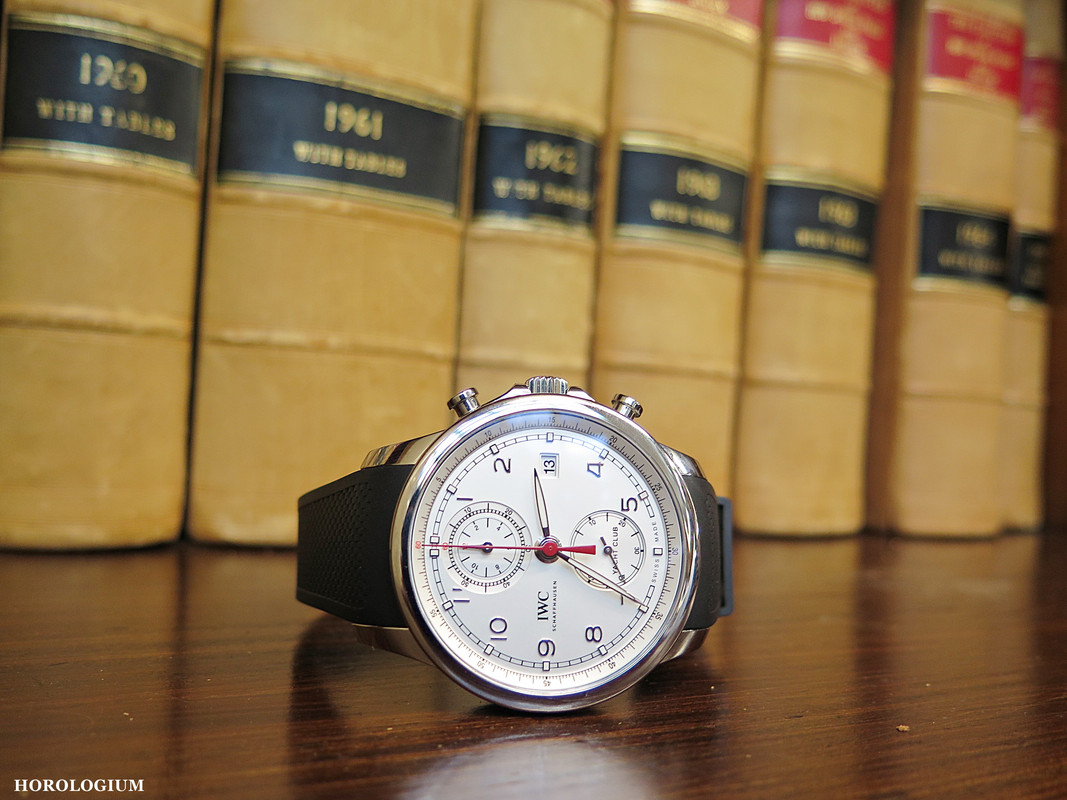 The red gold version (Ref. IWC 390501) is an entirely different proposition, since making it red (or rose) gold makes it more dress and less ‘yacht’/ ‘sports’ watch almost by default. However, we live in an age where sports watches are red or rose gold and are worn with suits and people like to have choices of metal, so two options satisfy this.

Australian prices for the three models are as follows :