With Australian skipper Michael Clarke probably sidelined by a match injury as Australia won the first test match against India (taking a 1-0 lead) yesterday, he can perhaps take the extra time to play around with his new Hublots.

It is impossible to grow up in Australia without some awareness of this sport, and the knowledge that with the warmer months comes the ‘summer of cricket’. If not playing at school, on the weekends, in the backyard, local park or as a spectator, there is still an awareness of the sport, of how state teams are doing, of the ups and downs of the national team. Such is the national obsession with the sport that there are many dedicated followers of the sport who live-tweet important matches for those who are unable to watch them. 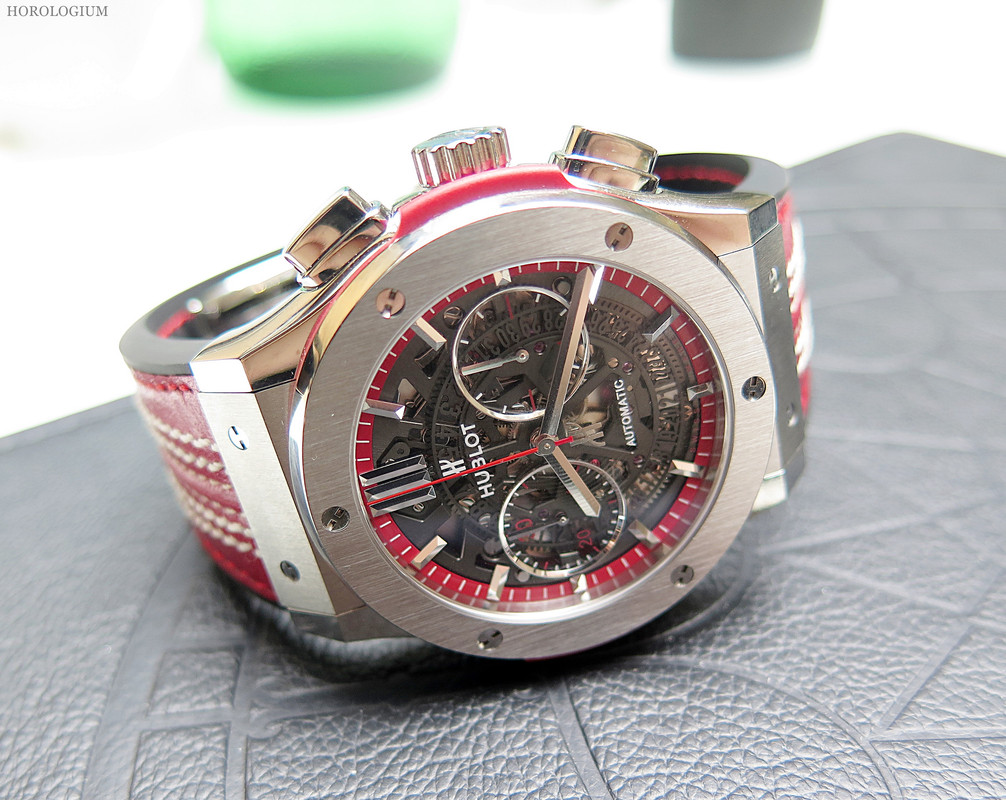 Recently, in simultaneous announcements in New Delhi and Sydney, Hublot was announced as the official timekeeper for the ICC World Cup 2015 by ICC Chief Executive David Richardson and Hublot CEO Ricardo Guadalupe. In New Delhi Hublot Ambassador Harbhajan Singh and in Sydney Michael Clarke, were on hand for this announcement and the launch of commemorative Classic Aero Fusion Chronograph Cricket. 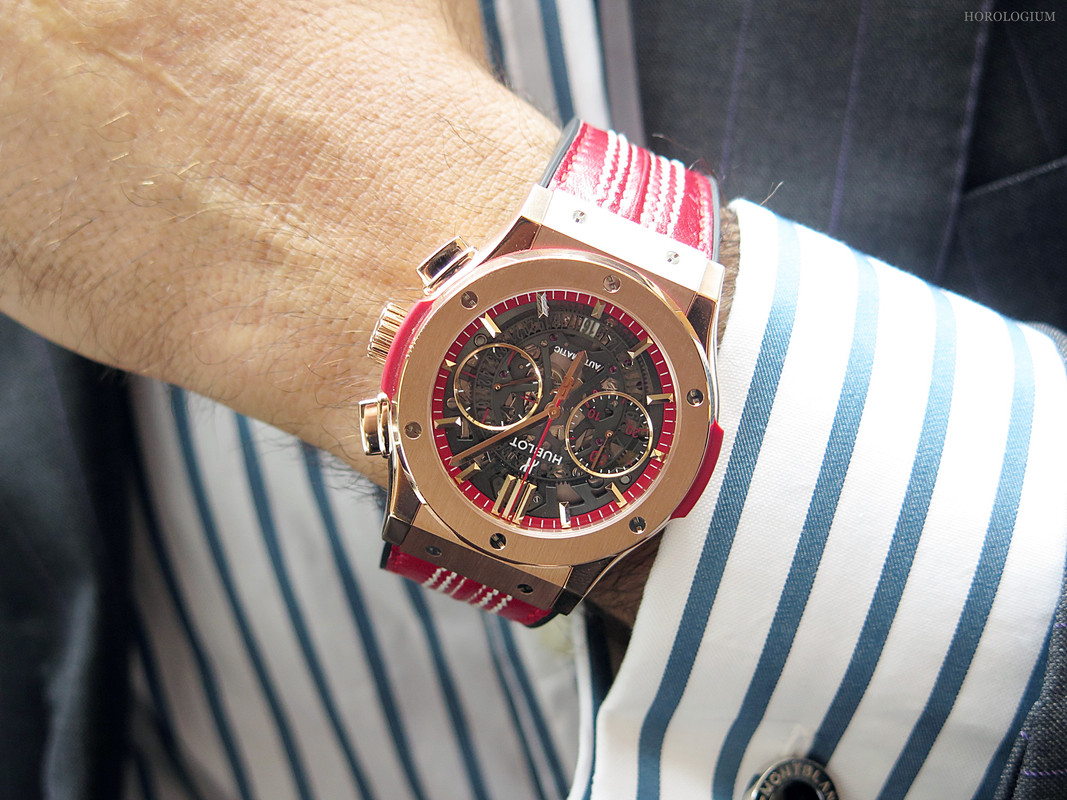 As a watch brand which has continually surprised with its sometimes unexpected sporting and other partnerships, that it is the first luxury brand to partner with cricket should, perhaps, be unsurprising, but my question as to ‘why cricket?’ lead to an interesting answer – let’s just say that there is someone at Hublot who is a huge cricket fan, and who managed to convince others that this was a worthwhile step. To convince a Swiss-based watch brand about the appeal of cricket is no easy task, but that it is probably the most popular sport (participation and audience) in Australia and India and one of the most popular worldwide doesn’t hurt. 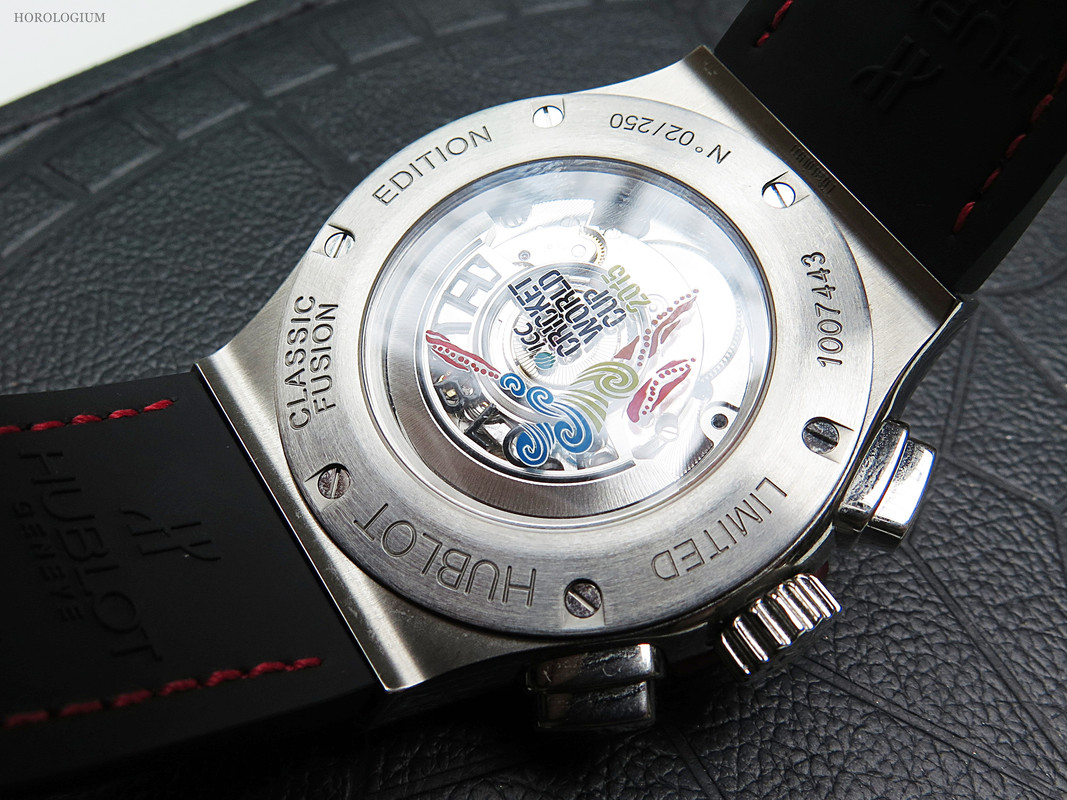 The new Classic Aero Fusion Chronograph Cricket contains the openworked automatic HUB1155 movement that is in other Aero Fusion Chronos with a small date ‘window’/ indicator at 6 o’clock and has some nicely done cricket references – the three stumps of the wicket at 12 o’clock, counter hands modelled after cricket bats, the caseback has the ICC Cricket World Cup 2015 logo, and my favourite bit, the strap, which is calfskin stitched onto black rubber, is red with saddle stitching to reflect a cricket ball. 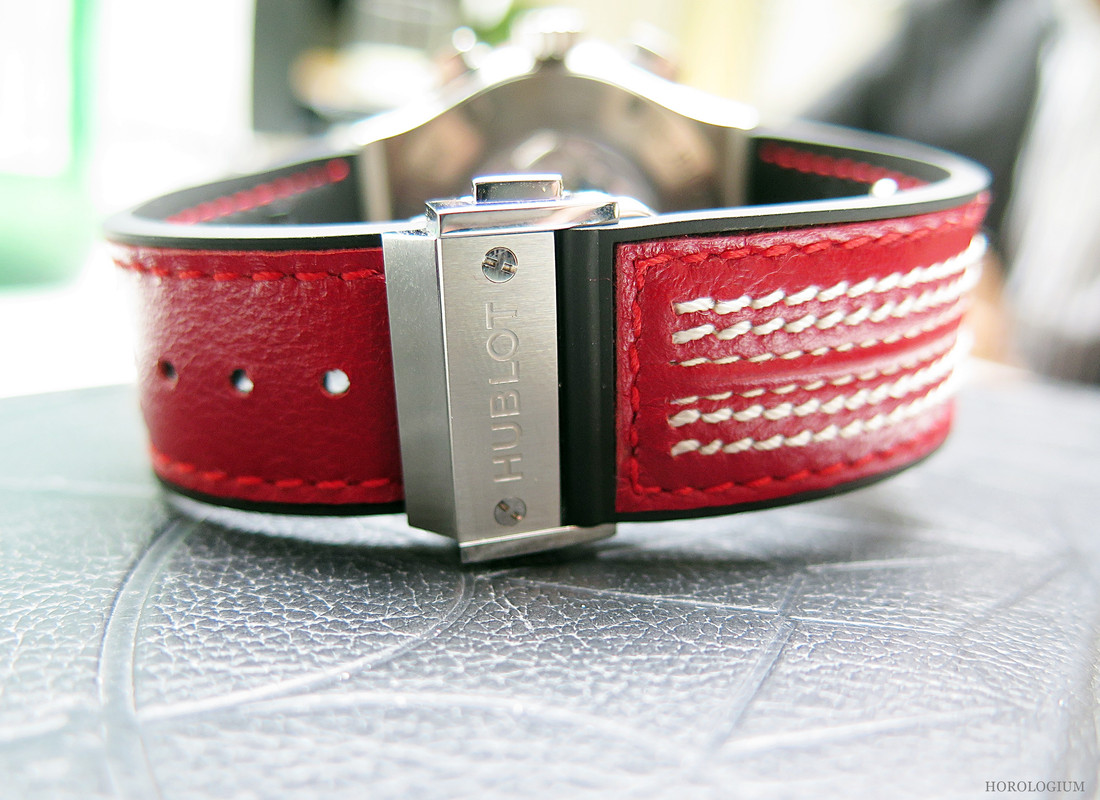 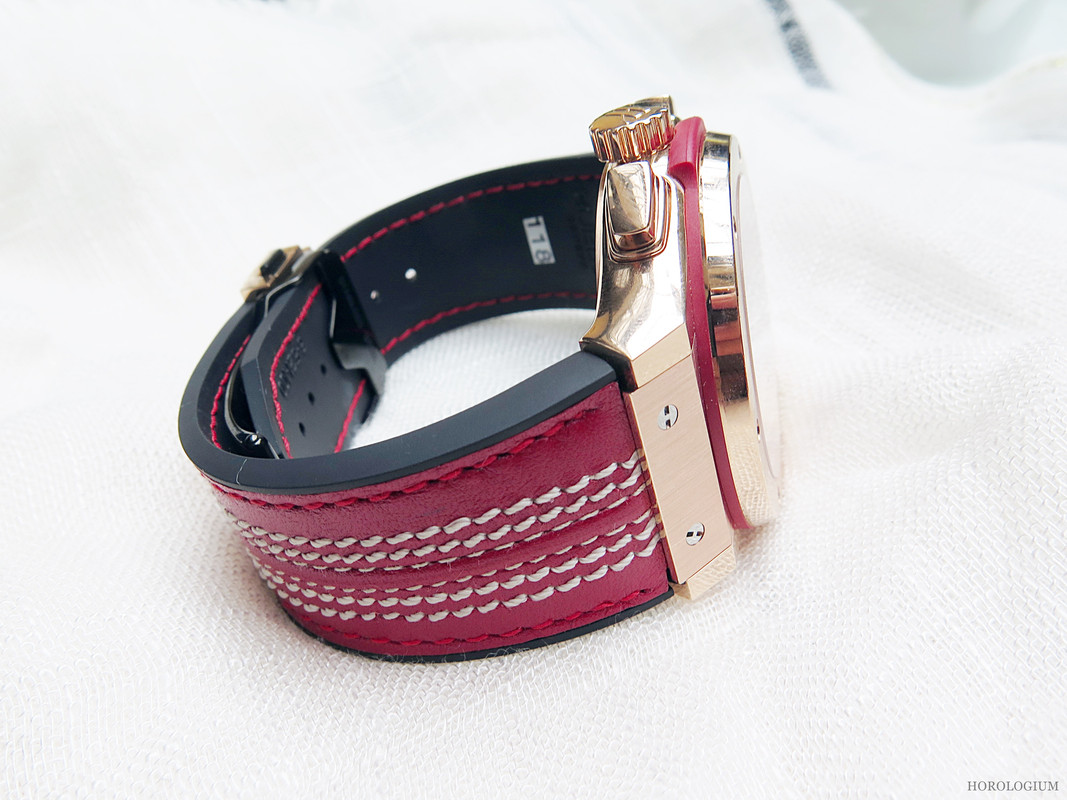 With Michael Clarke joining the rare ranks of Australian sports people who are watch brand ambassadors and Hublot’s first Australian one, it will be interesting to see if he is but the first of many. In the meantime, there’s cricket to watch.