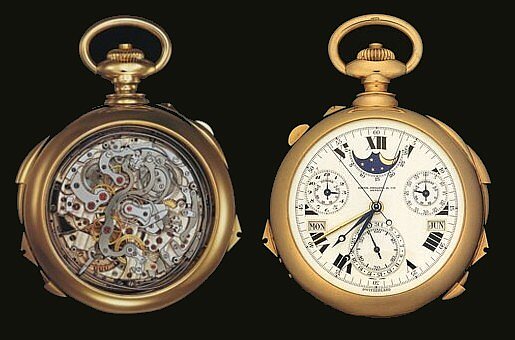 In an update to yesterday’s post about the sale of the Graves Supercomplication, earlier today Geneva time the Patek Phillipe Supercomplication pocket watch sold for CHF 23,237,000 (USD23,983,140) at Sothebys, setting a new record for a timepiece sold at auction and soundly thrashing the previous record of USD 11 million set in 1999 by the same piece. The auction estimate had been for a figure around CHF 15 million.

The successful bidder was Mr. Aurel Bacs, a notable figure in the watch world and former head of the Christie’s watch department who now has his own firm of Bacs & Ruso SA.